Sweden to Consider Resuming Mine Action Aids to Cambodia

Phnom Penh (FN), Nov. 29 – Sweden said she will consider resuming demining aids, as requested by the Royal Government of Cambodia, according to Koy Kuong, spokesperson for Cambodian Ministry of Foreign Affairs and International Cooperation.
Cambodia’s request was made during a meeting between Cambodian Foreign Minister Prak Sokhonn and the newly appointed Swedish Ambassador to Cambodia H.E Bjorn Haggmark, held at the ministry on Friday morning.
Cambodia has envisioned to become a mine-free nation by 2025. Over the last 25 years, from 1992 to 2018, Cambodian Mine Action Center (CMAC) reported to demine 518,233 anti-personnel mines, 10,667 anti-tank mines, and other 2.8 million pieces of unexploded ordnances, according to the report released in late 2017.
Reports from Ministry of Foreign Affairs indicated that Cambodia has cleared 1,800 square kilometers of contaminated lands from 1992 and about 1,500-1800 square kilometers remains.

Foreign Minister Prak Sokhonn welcomed and congratulated Ambassador Bjorn Haggmark for his recent appointment. He thanked Sweden for the aids in the areas of governance, education, labor, human rights, mine action, and Khmer Rouge Tribunal. These assistances have significantly contributed to the economic and social development of Cambodia.

Minister Prak Sokhonn said that the ministry is ready to cooperate with the ambassador in order to further enhance Cambodia-Sweden long and fruitful ties.

In response, Ambassador Bjorn Haggmark expressed delight to serve as Ambassador to Cambodia. He outlined a 2020-2024 strategic development plan with the Royal Government of Cambodia, focusing on areas such as climate change, environmental issues, human rights, education and trade.

The ambassador praised Cambodia for her important role in sending peacekeepers to other countries under United Nations peacekeeping missions.

According to Koy Kuong, Cambodia and Sweden also discussed and have been looking to boost trade and tourism sector. Trade volume between the two countries is still small, at approximately USD 70 million annually; while only 15,000 Swedish visits the kingdom annually.

In the field of human rights, Cambodia and Sweden have a mechanism called "Bilateral Human Rights Dialogue". The talks is held in Stockholm, Sweden.
=FRESH NEWS 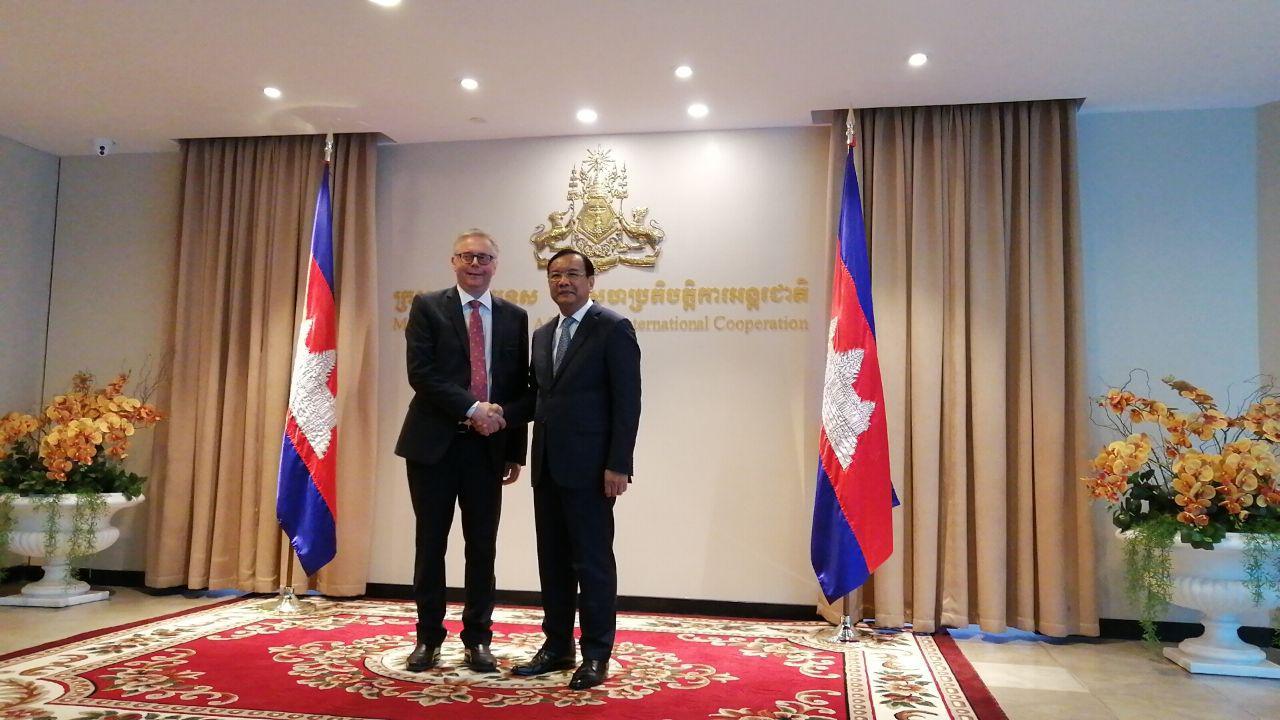 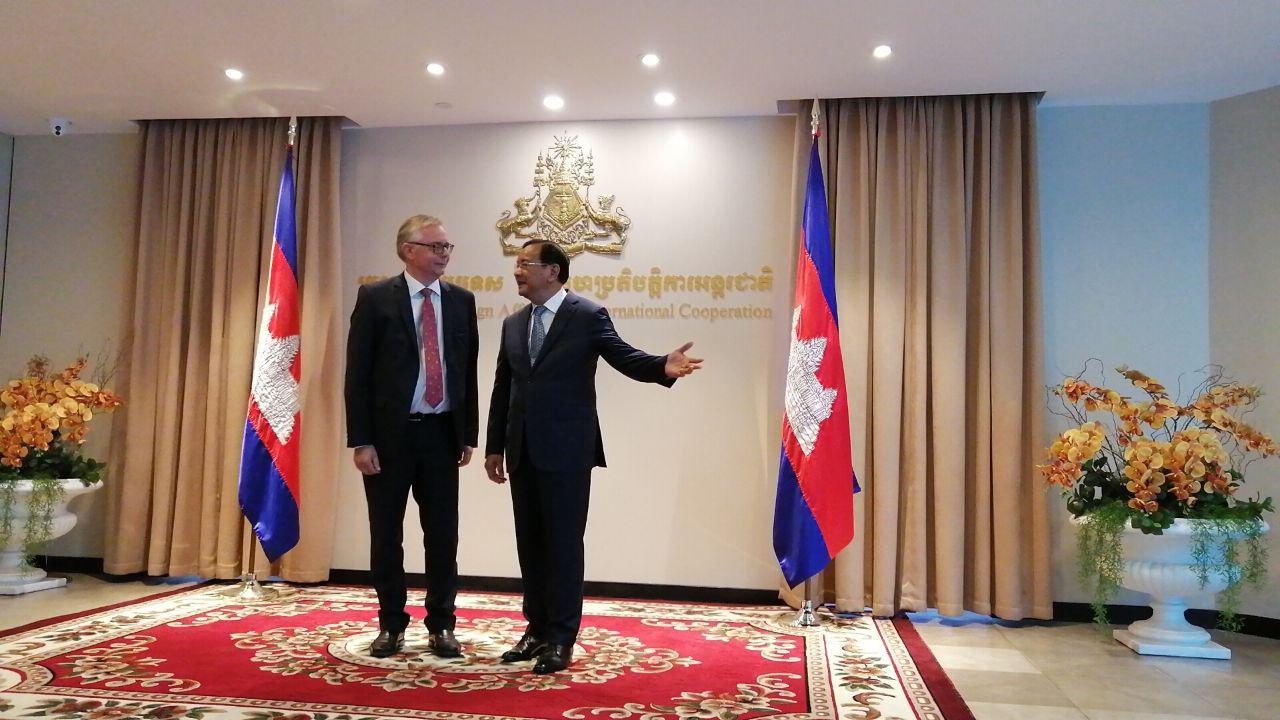 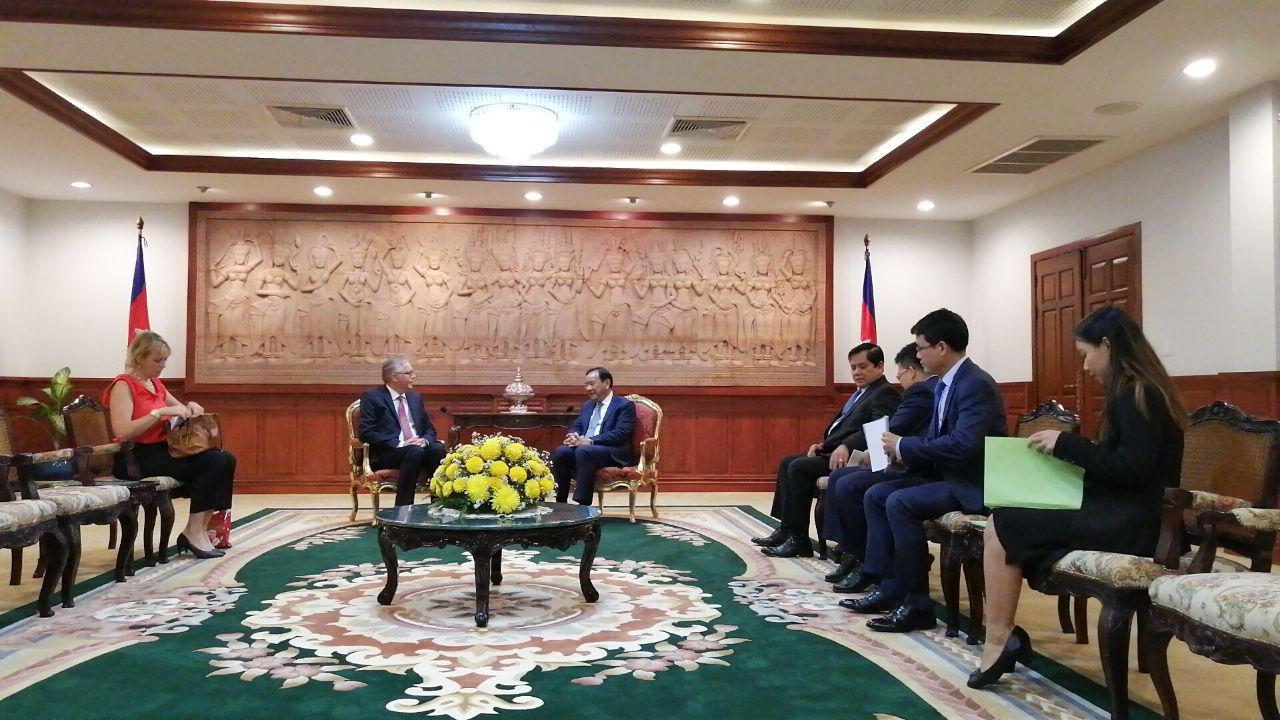 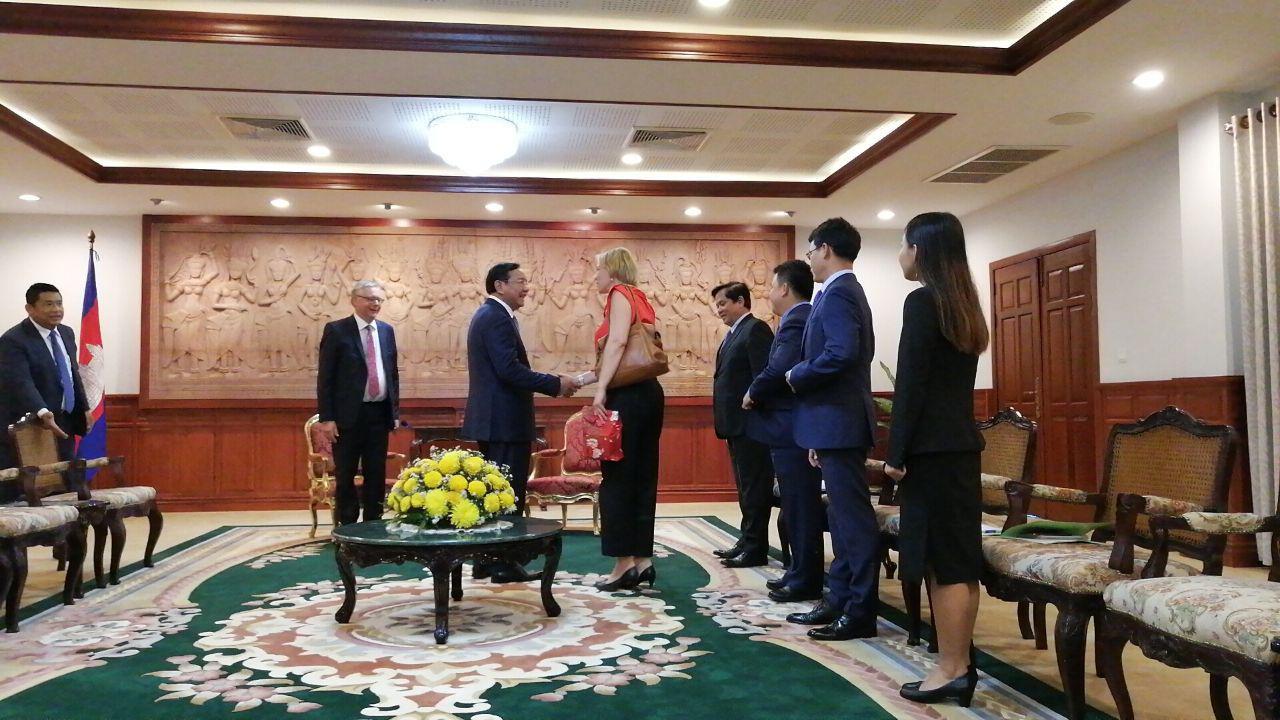 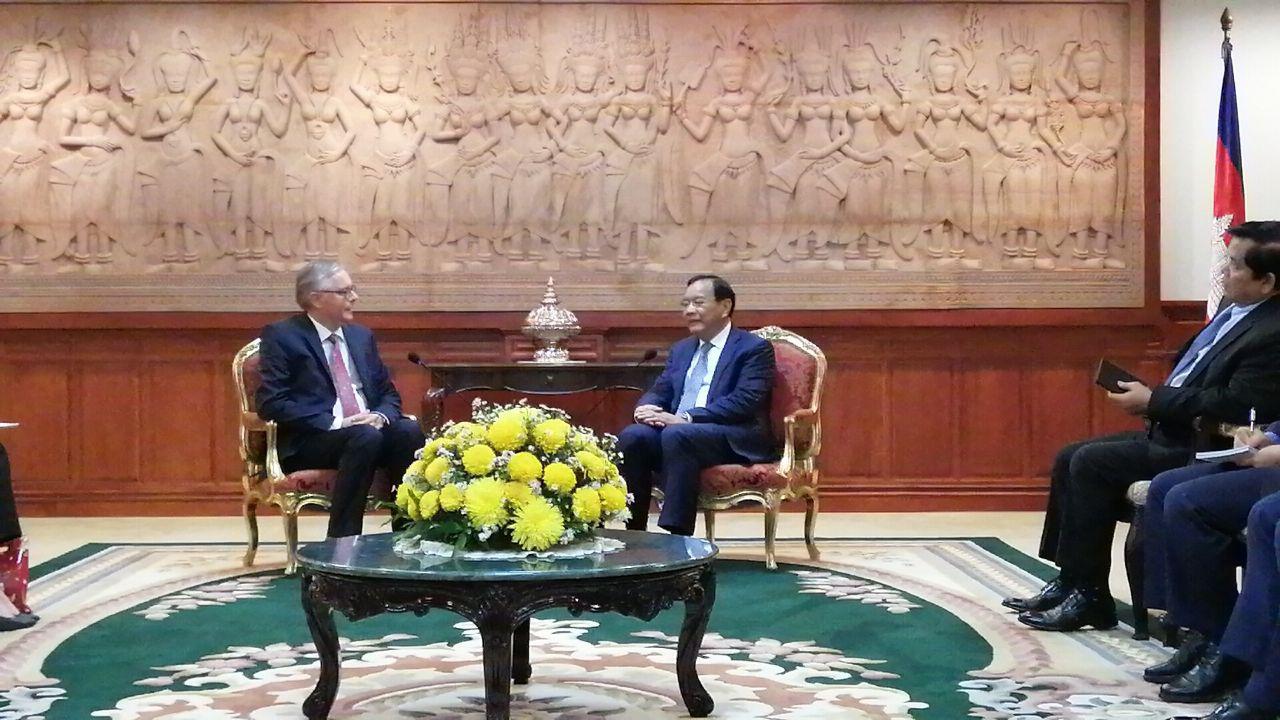 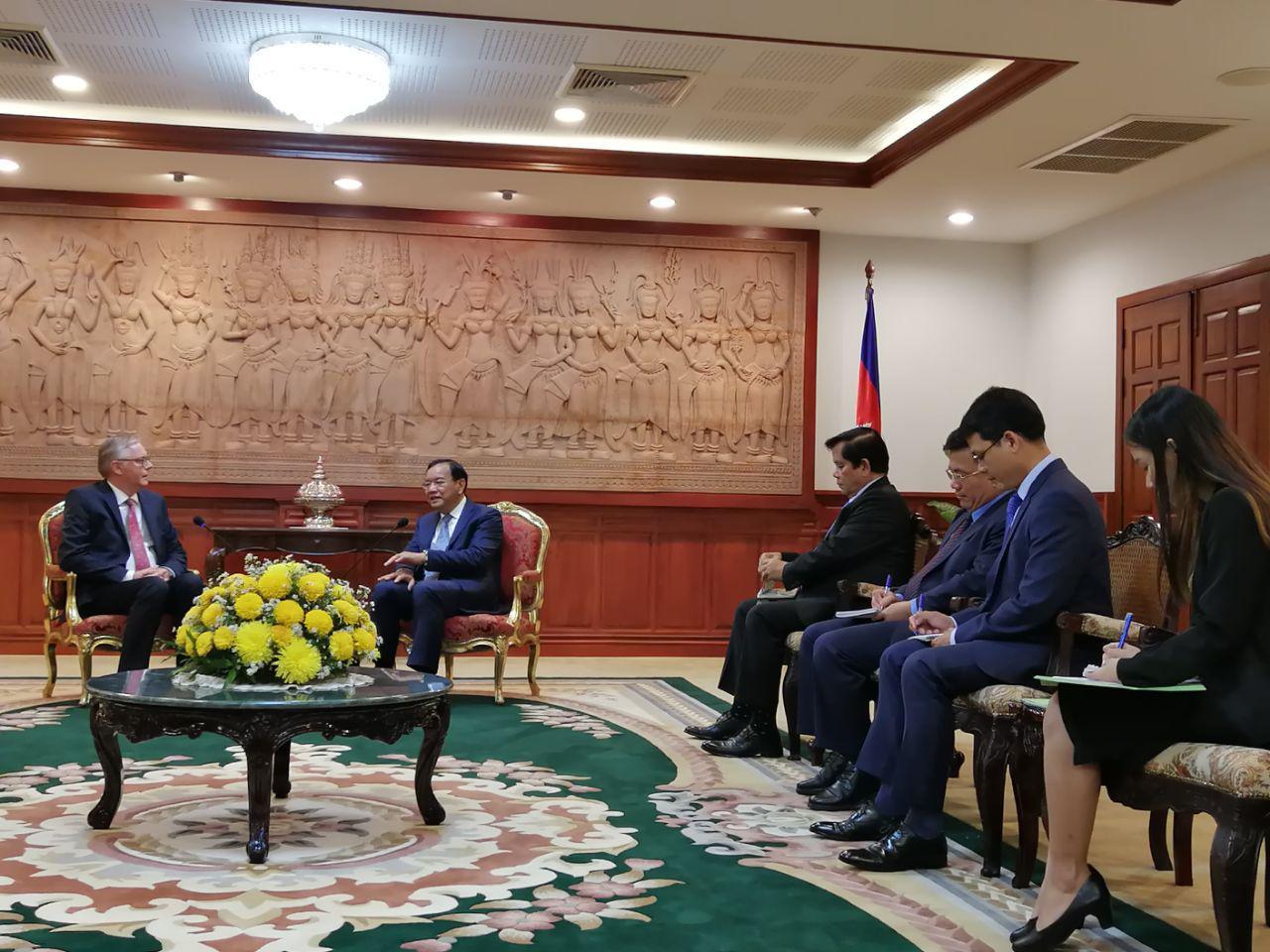 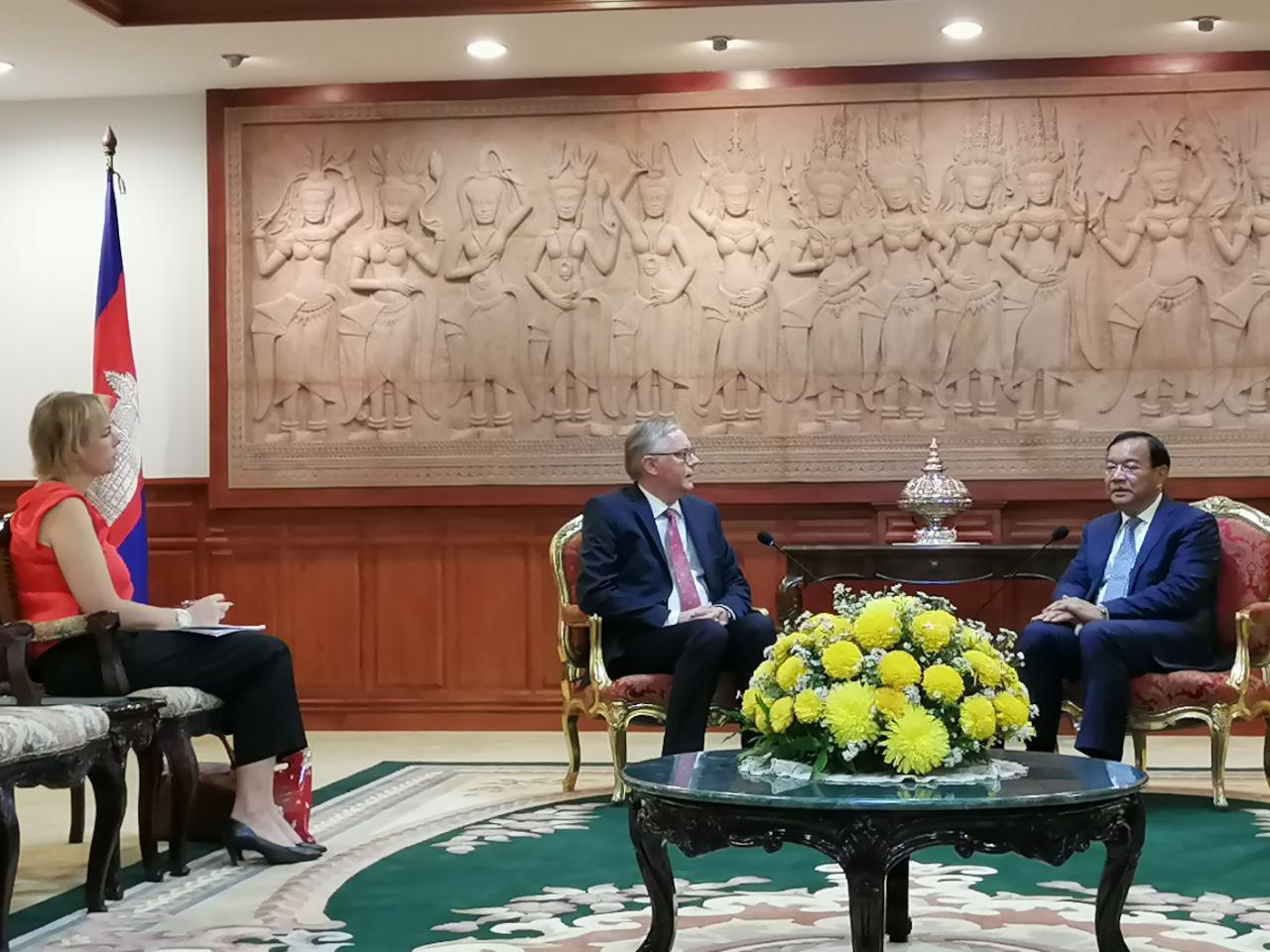