“Good morning with my first Khmer costume. How is it? Have a nice week, everyone,” Ambassador Mikami wrote on Facebook page of Embassy of Japan in Cambodia, attached with a photo of him wearing Khmer costume.

Cambodian netizens have showered him with good comments.

“On behalf of Khmer citizen, I thank H.E for contributing to promote Khmer culture, including costume, language, and other sectors. This morning, H.E spoke very good Khmer,” Hong Kolab wrote. 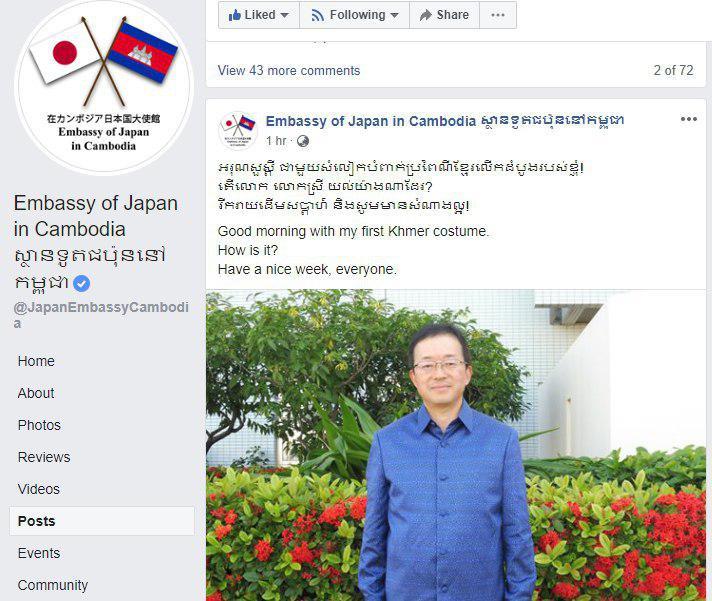 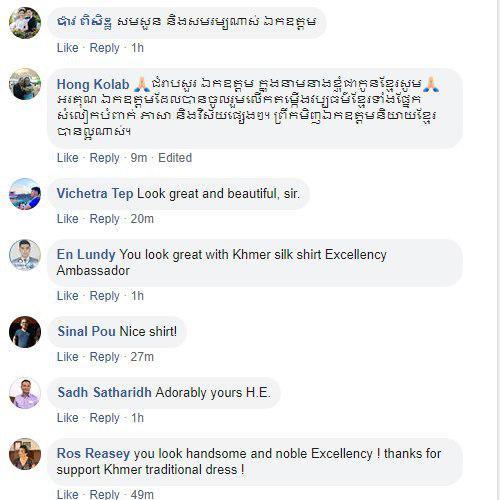 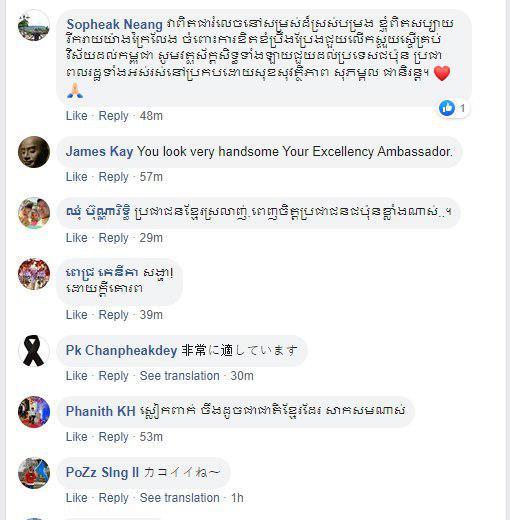 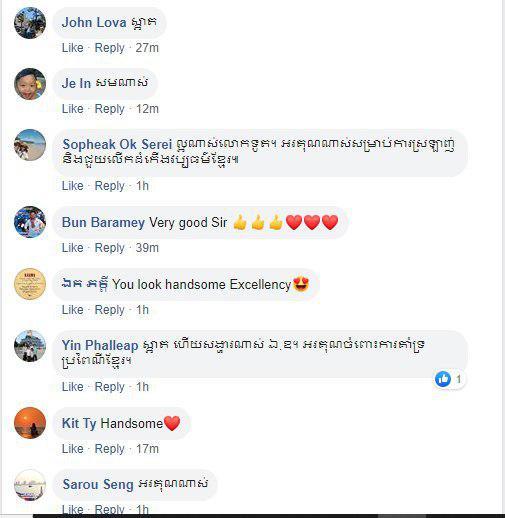 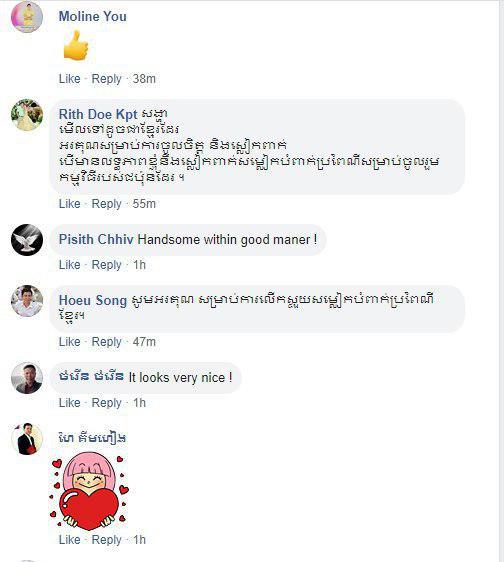 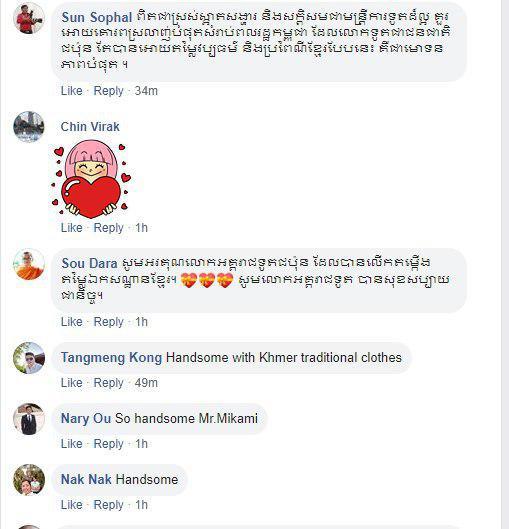 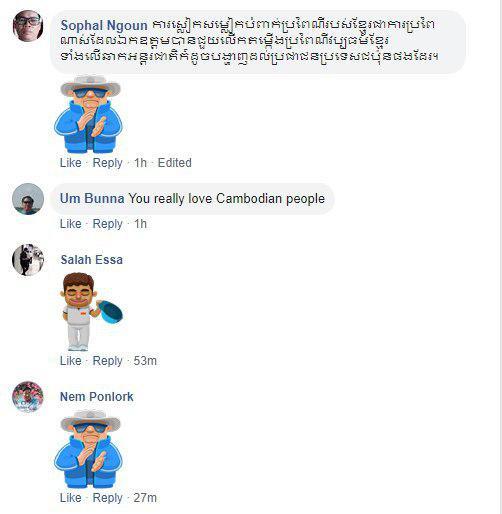 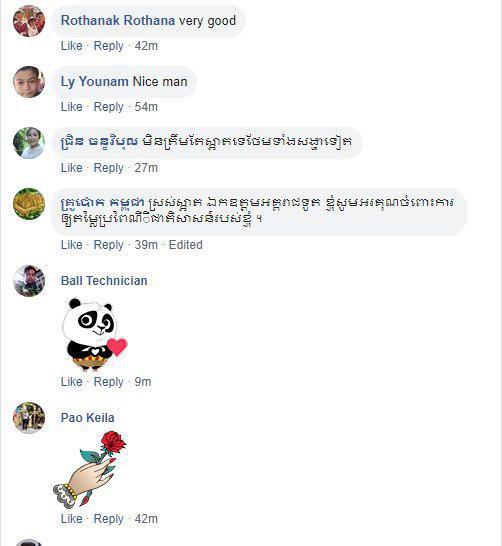