Eang Sophalleth, personal secretary to the premier, told reporters that: “The ambassador recalled that she was in Cambodia between year 1993 and 1994 when Phnom Penh was an isolated capital, but Phnom Penh today, in her eyes, is beautiful, and rapidly developed in an unimaginable pace.”

Ambassador Angela Corcoran expressed satisfaction to see Australian contributions to the development of Cambodia. She claimed that the Australian Government will help boost the kingdom's trade and economy, and promote youth cooperation.

Prime Minister Hun Sen thanked the ambassador for elevating relations and cooperation between Cambodia and Australia, particularly the summit held in Australia; youth exchange program; growth of Cambodia’s exports to Australia up 97 percent; and the establishment of a research institute on agriculture.

Prime Minister presented Decoration of Honour to the ambassador for her distinguished services to the King and to the people of Cambodia.
=FRESH NEWS 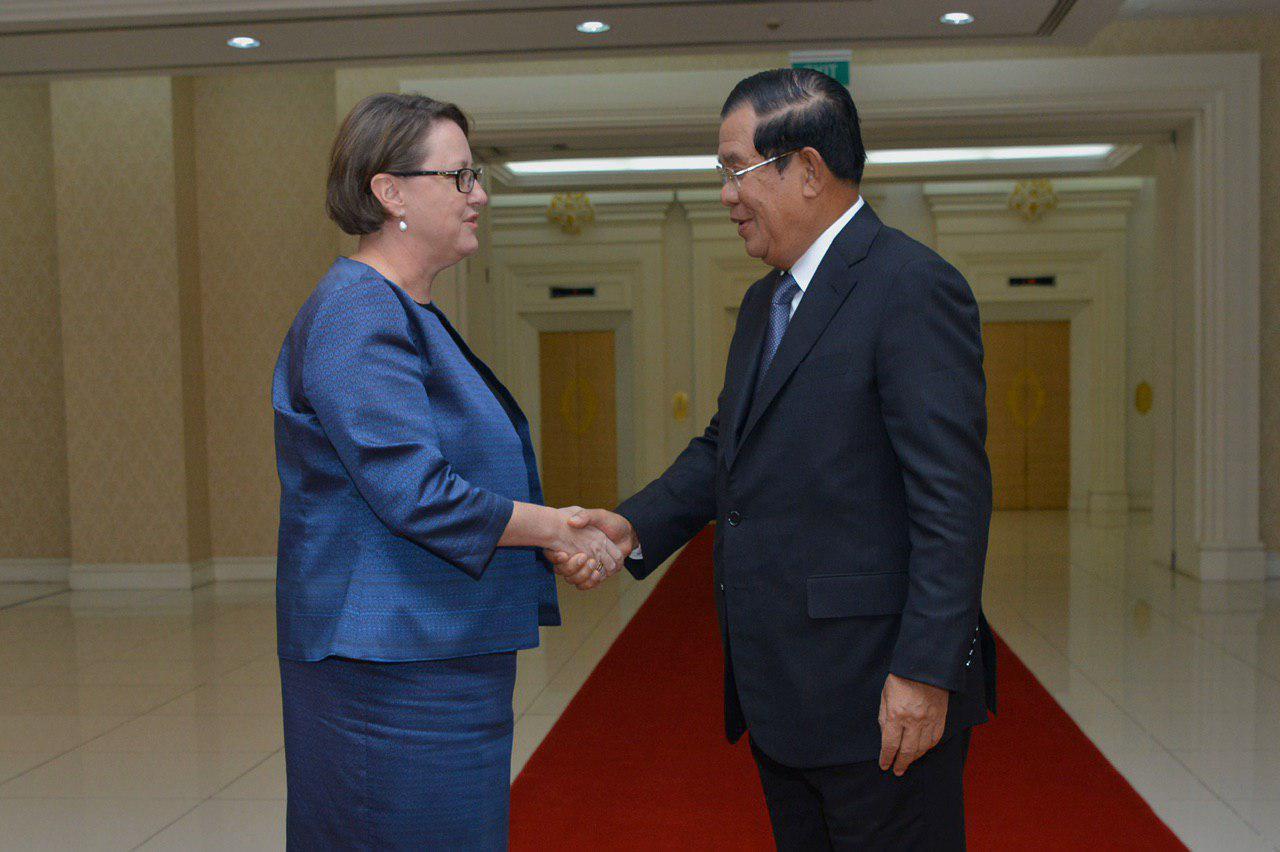 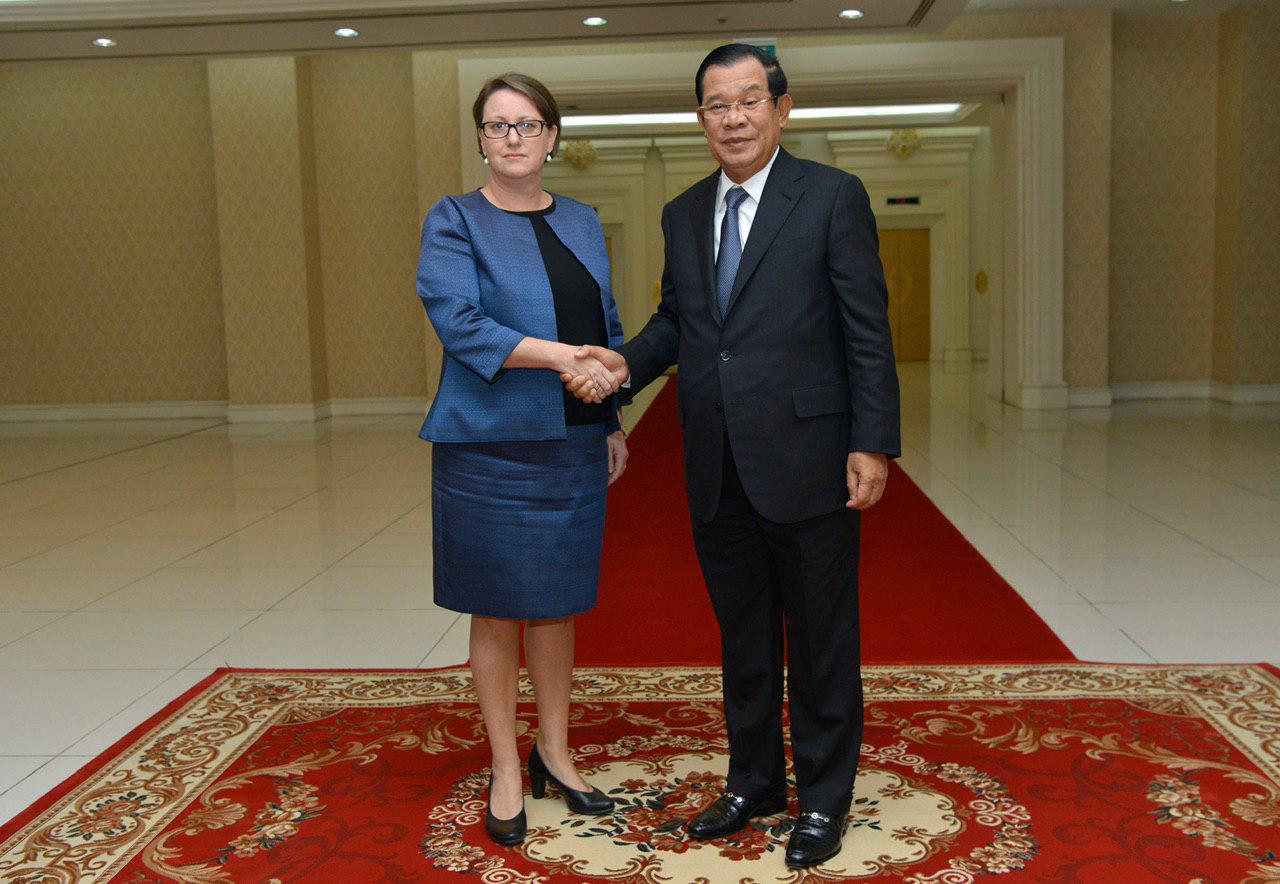 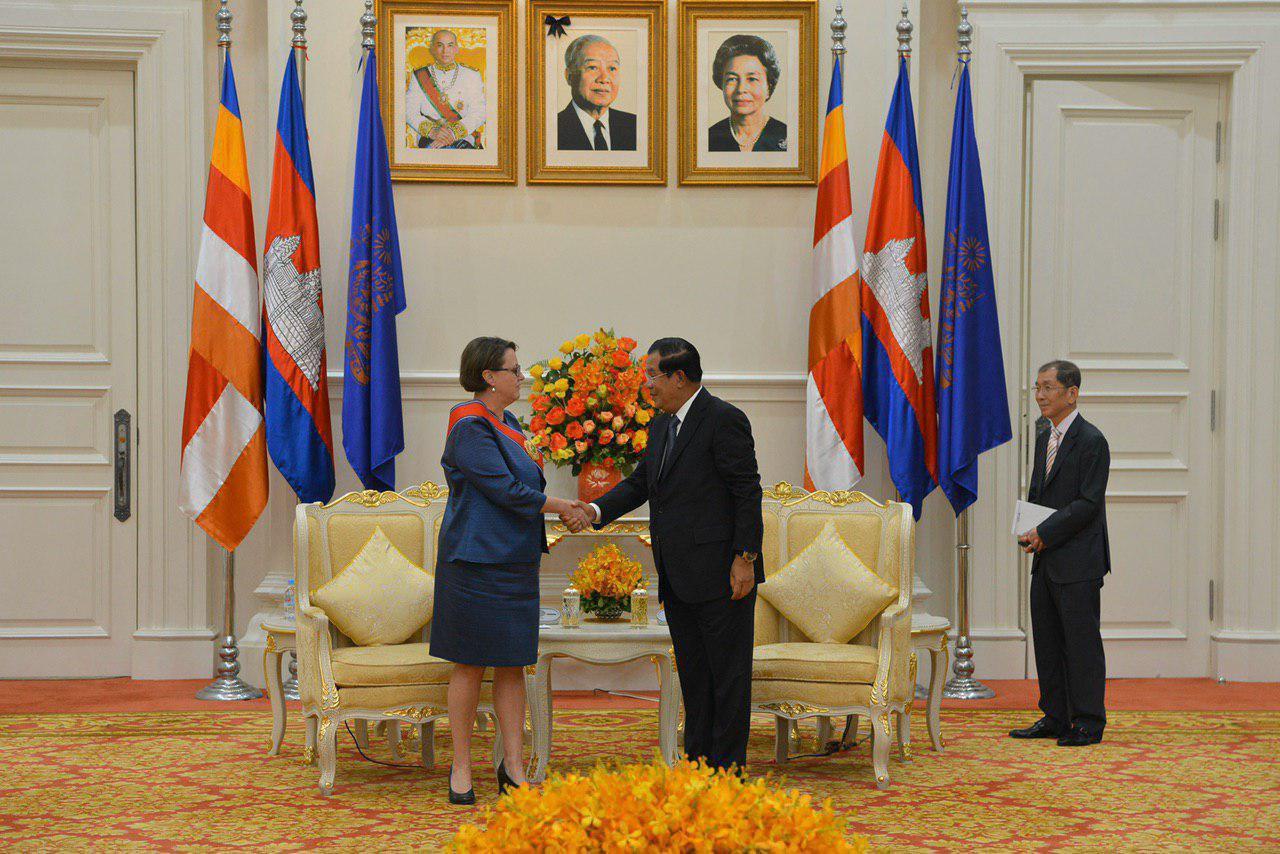 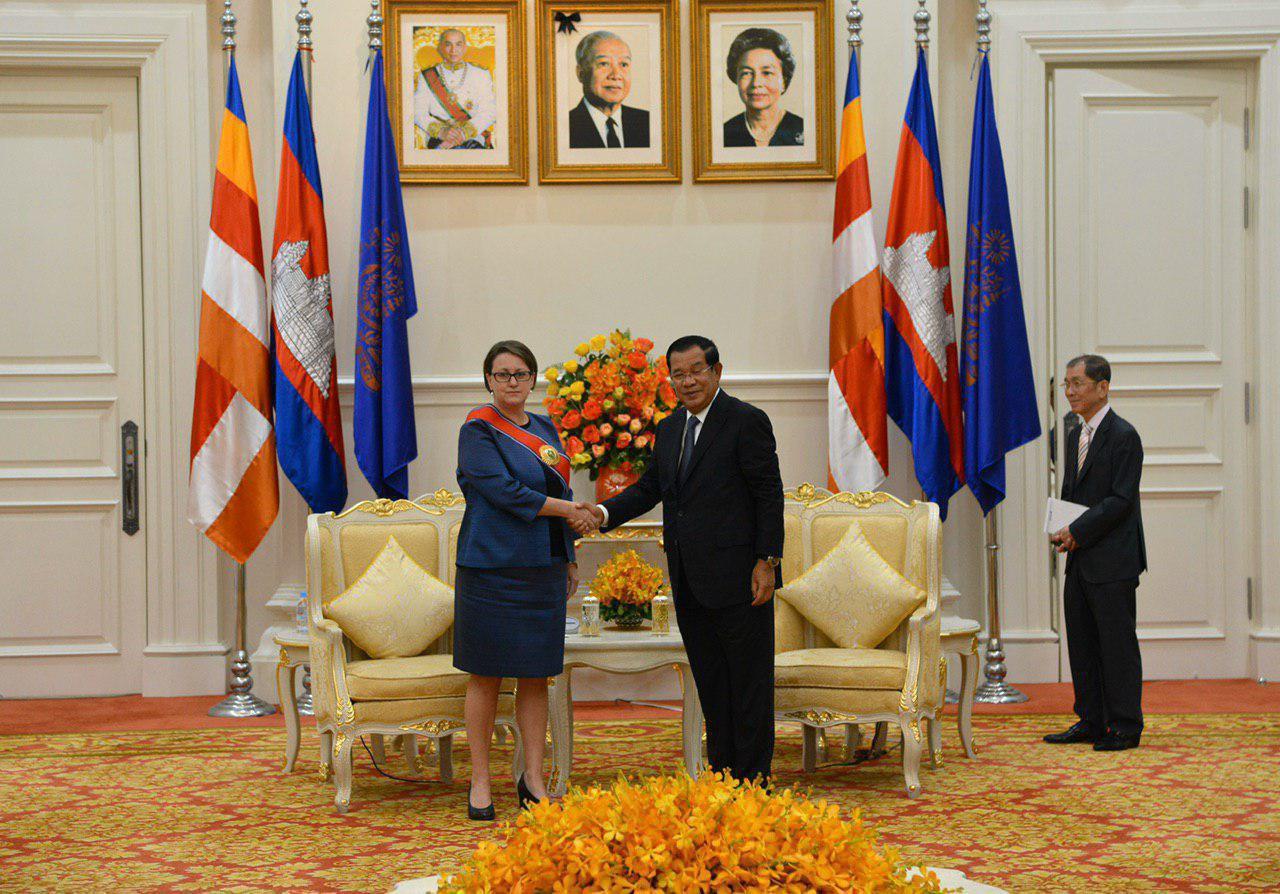 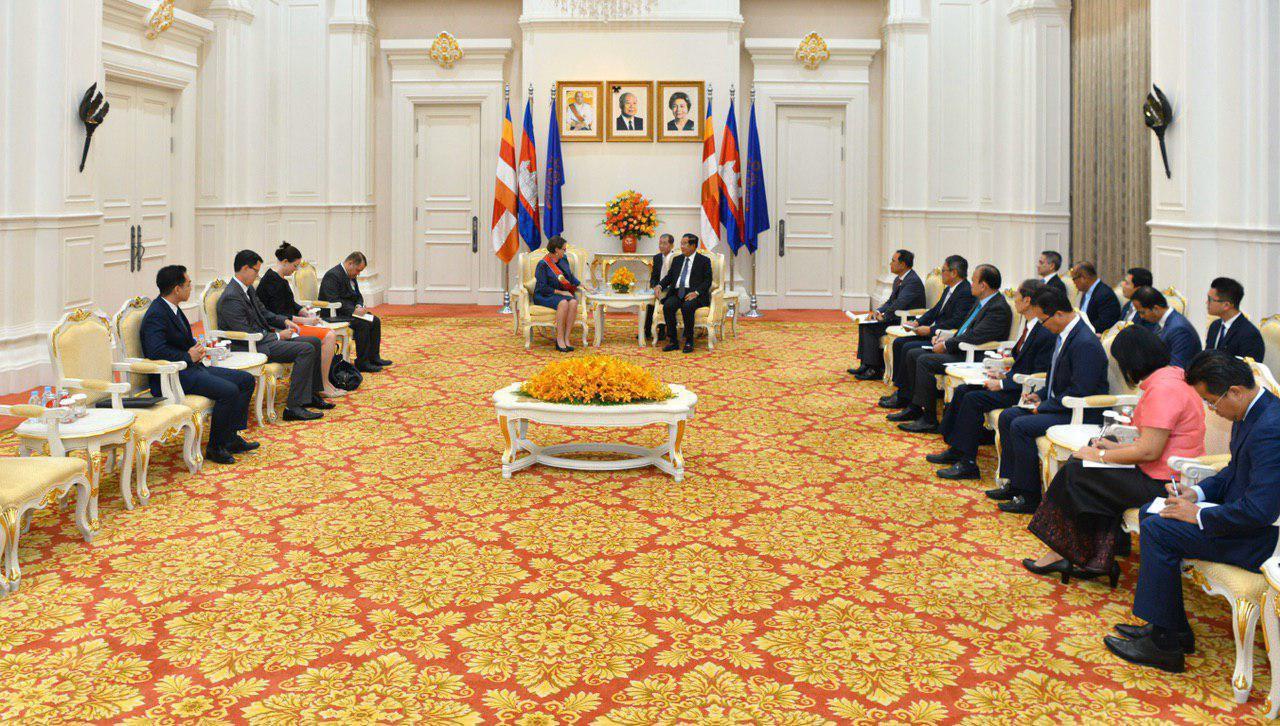 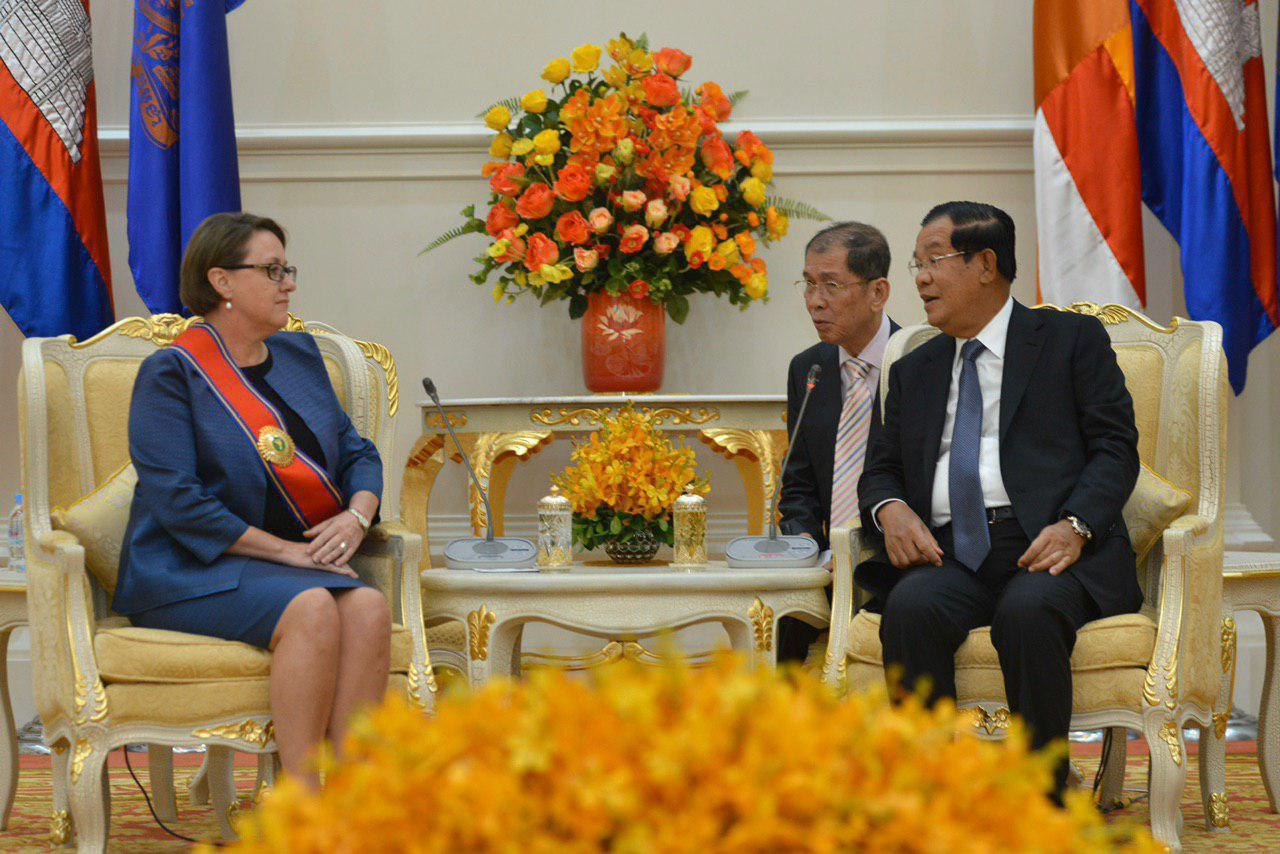 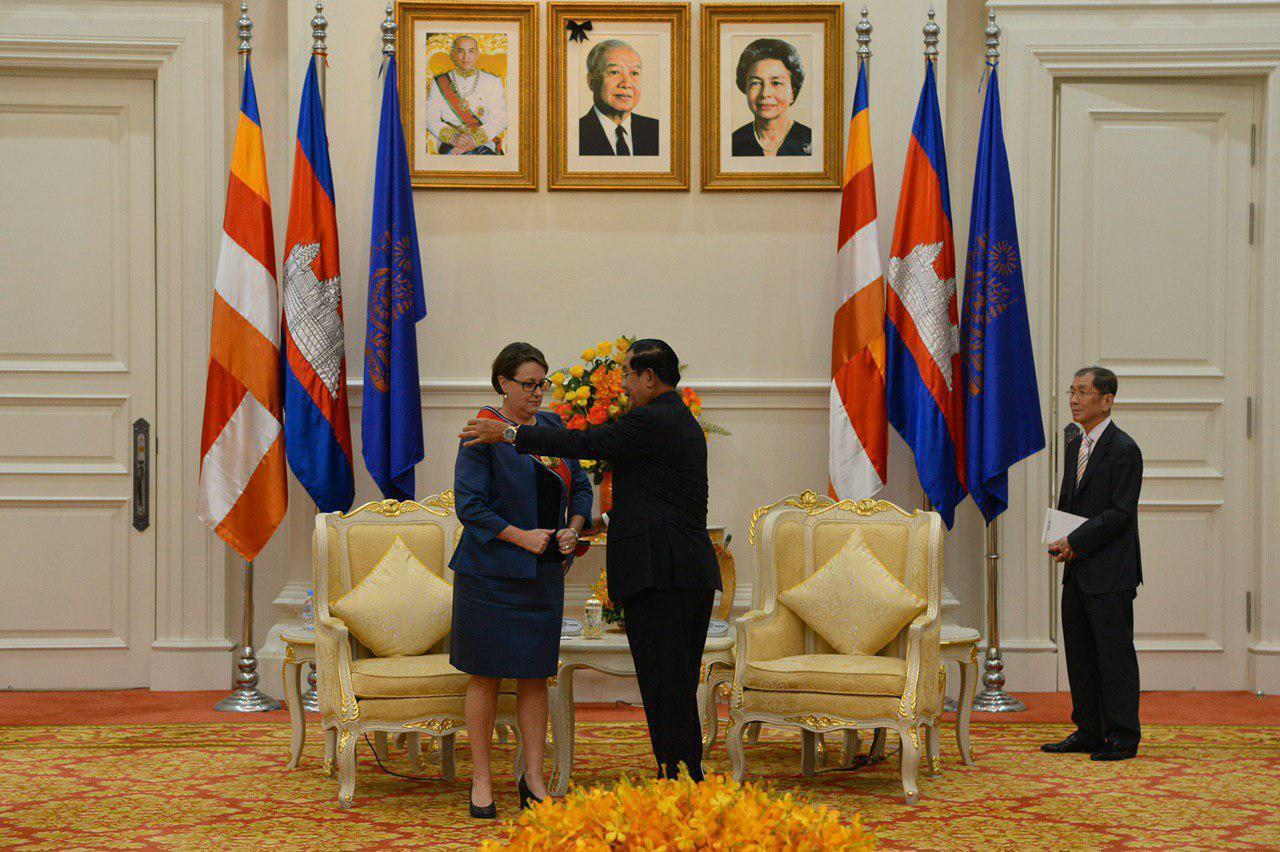