“To be signed on 4 December 2019 at 10:30 a.m, at the ministry, the grant aid will be used for the purpose of contributing to the implementation of the Project for the expansion of water supply system in Pursat Province,” it said.

It should be noted that this grant aid demonstrates Japan’s commitment in contributing to the betterment of the living environment in Cambodia, particularly in the field of clean water.
=FRESH NEWS 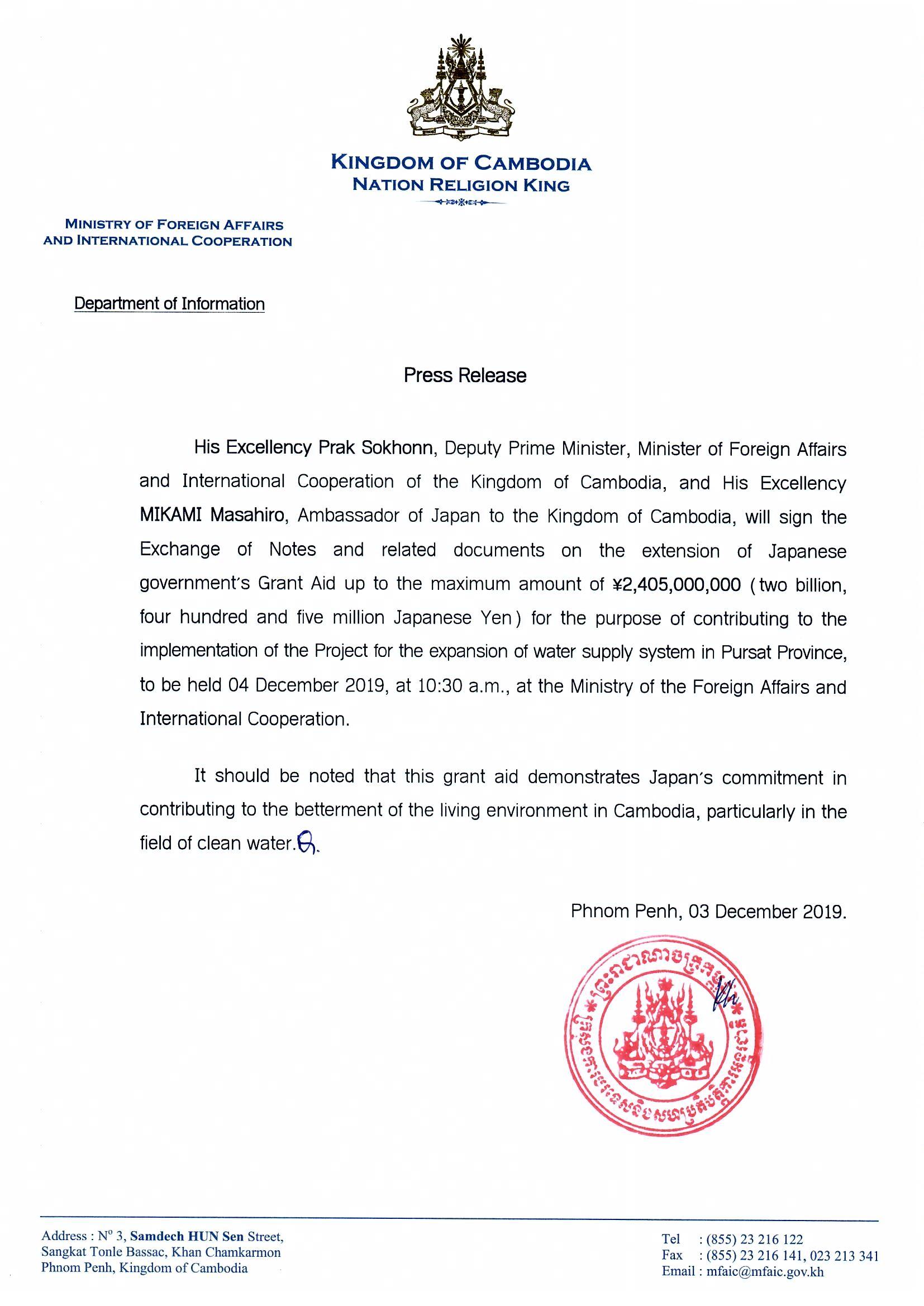