Phnom Penh (FN), Dec. 6 – Cambodian Government will nominate a national park and a bird sanctuary into the ASEAN Heritage list next year, according to environment ministry officials, reported Khmer Times on 4 December.

According to Rainforest Trust and Wildlife Alliance, the Southern Cardamoms are a globally recognized biodiversity hotspot, boasting 28 endangered wildlife species and over 2,000 plant species. It said that though the area hosts a fantastic wealth of flora and fauna, much of its wildlife is endangered and 27 species found in the Cardamom Range are imperiled with extinction, including Asian Elephants and Pileated Gibbons.

ASEAN tourism website said Prek Toal bird sanctuary is a vital nesting ground with 300 species of fish, and more than a hundred varieties of water birds, including pelicans, storks, and herons.

Currently, Cambodia has two national parks listed, including the Virakchey and Bokor, according to list of ASEAN Heritage Park.

Virachey National Park is the largest among seven other National Parks in Cambodia, including Kulen, Kep, Ream, Kirirom, Botumsakor, and Preah Monivong.

Photo: Birds in Prek Toal, courtesy of Wildlife Conservation Society – save wildlife and wild places across the globe.
=FRESH NEWS 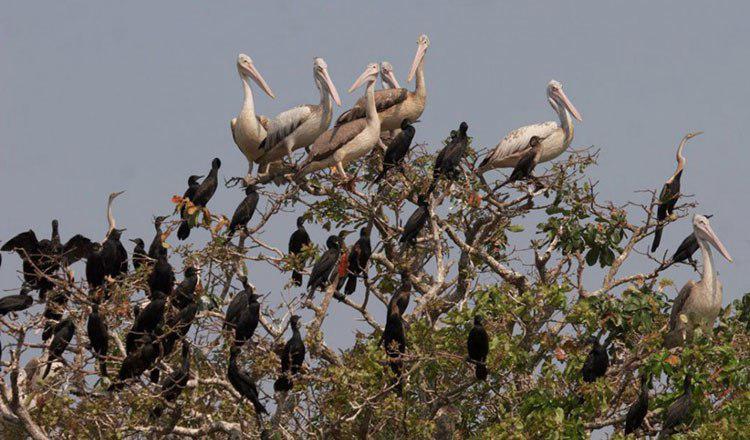