Phnom Penh (FN), Dec. 6 – Cambodia's Prime Minister Hun Sen has called on national and international journalists to uphold ethics and professionalism in reporting in order to advance themselves in the evolution of technology, market competition, and the prevention of fake information that are threatening privacy, national security, and political stability in Cambodia.

The premier wrote in a letter to the Editor Forum of Cambodia, a gathering organized by the Club of Cambodian Journalists (CCJ), took place on Friday under the scheme, “Cambodian Press in the Age of 4.0”.

“The government truly wants press medias that are accountable and committed to professional code of ethics, and journalists must dare to tell the truth with constructive criticism,” he said.

According to his letter dated 6 December, the Royal Government has put efforts to promote freedom of expression and press freedom.

He took note that media has played important role in reforming public administration and judiciary; combating corruption; promoting democracy and respect for human rights in order to build a just, peaceful, and sustainable society.

"The Royal Government of Cambodia needs a highly responsible and professional journalists, which requires our journalists to refrain from reporting fake news or inciting news that may cause insecurity, armed conflict and chaos in the country, calling them to report the truth that reflects the society and promote democracy," he wrote in the letter.

Prime Minister also urged media to advance their knowledge and understanding of the use of digital technology in order to competitively produce information, archive data, analyze and transmit information.
=FRESH NEWS 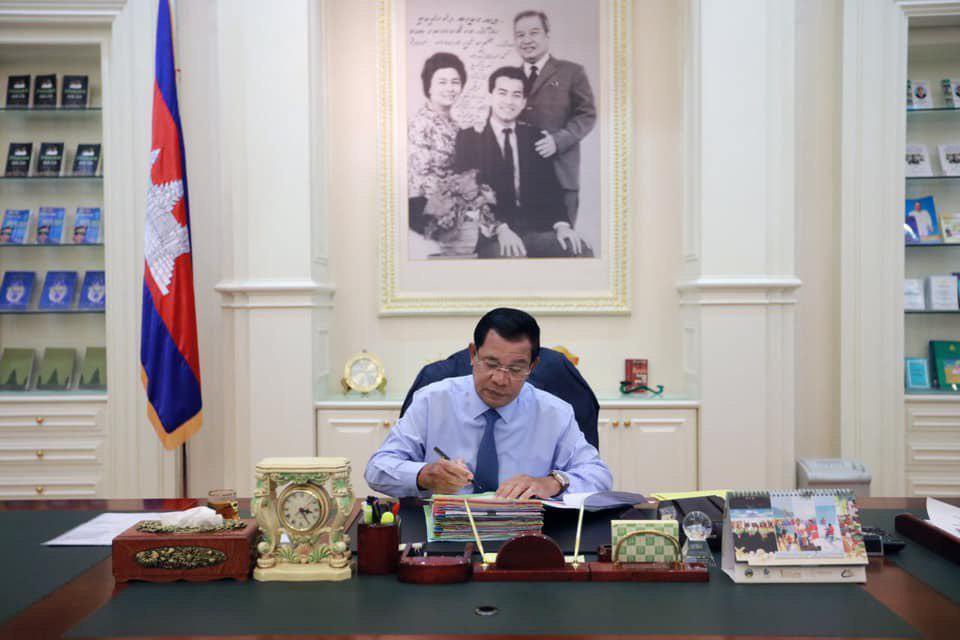 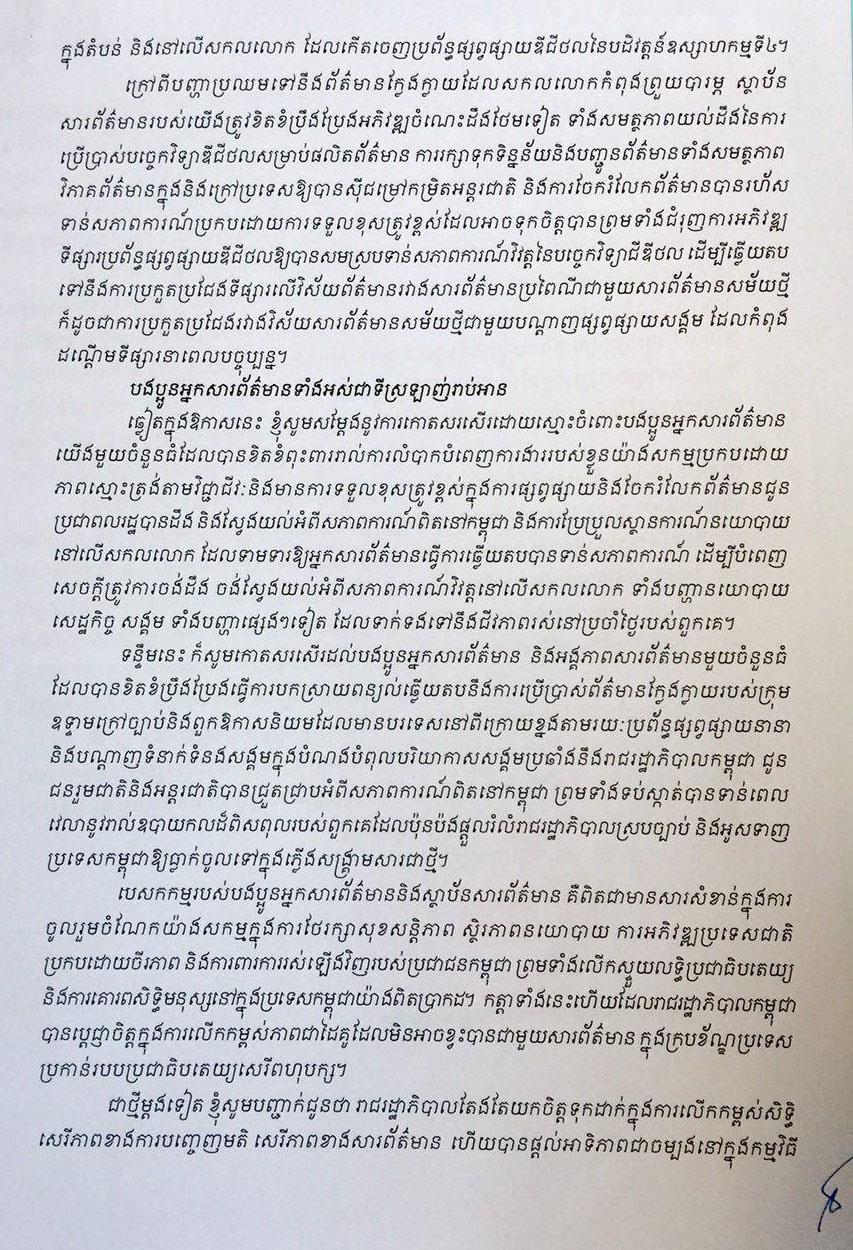 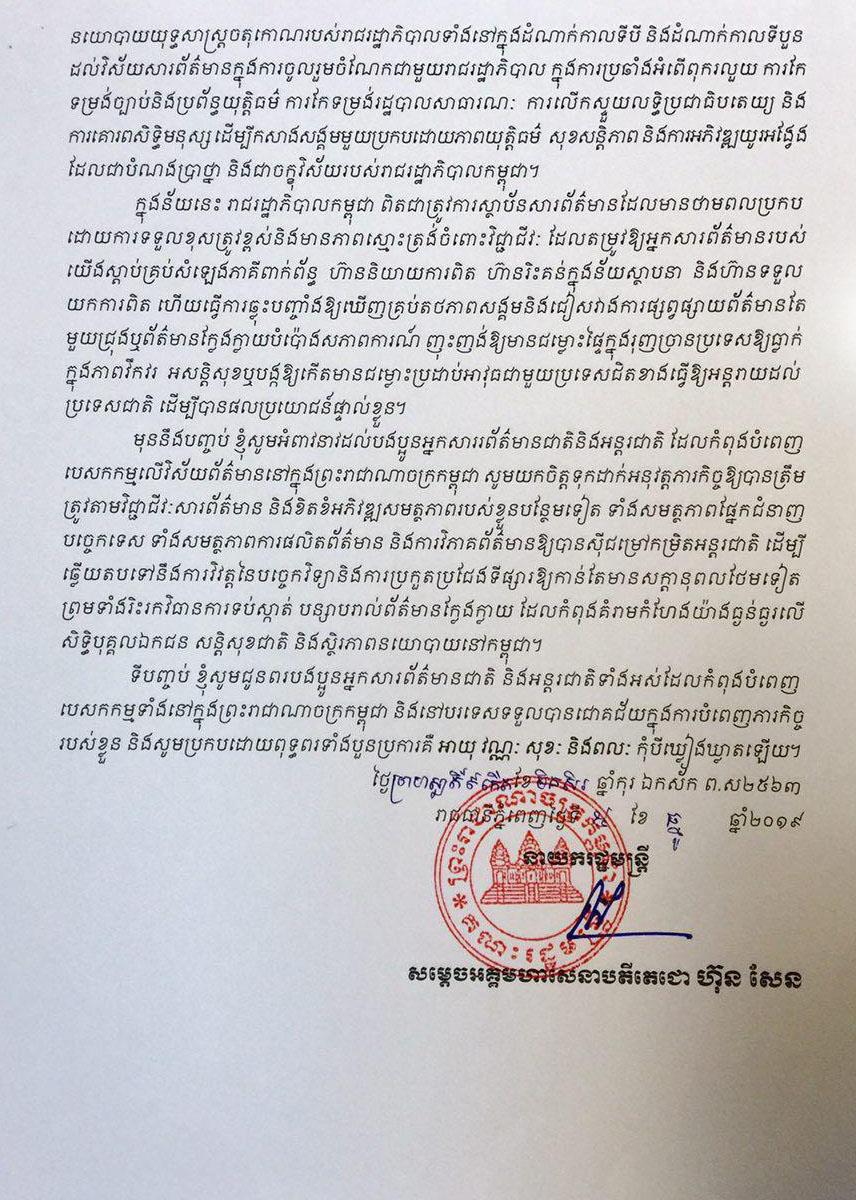