Today, I am delighted to be here with you all to open “the VECONAC 19th General Assembly” on this auspicious occasion. I would like to welcome and thank Excellencies, Lok Chumteavs, president and vice president of the VECONAC as well as the veteran association managements, which are the VECONAC member countries, for attending this significant General Assembly.

At the same time, I would like to highly appreciate the great effort made by the VECONAC Executive Board for actively fulfilling the duties, making the General Assembly run smoothly in a meaningful and timely manner in line with the priority targets.

Today, Cambodia has a great honor to host and be as the rotated president of VECONAC in accordance with the planned activities and goals, through generous supports from representatives of the VECONAC member countries while the ASEAN member counties recognize it as part of the ASEAN humanitarian works, both in present and future.

In fact, the history of veterans that had gone through war in every country is similar to one another. In this respect, the veterans who sacrificed their lives for the sake of their nation is the symbol of huge patriotic scarification that had been inscribed in the history of each countries.

As such, Cambodian war veterans had progressively come across sadness and war destruction for many generations from the 1970-1975 of Indochina war to the 1975-1979 of Pol Pot’s genocide regime as well as many issues that Cambodia had to deal with, ranging from socio-economic restoration, politics to diplomatic affairs and especially the struggle with chronic civil wars in the country.

After obtaining peace in the late 1998 through the introduction of “Win-Win” policy, Cambodia had become a country with territorial unity and integrated all arm forces and relevant veterans to unite under a single Royal Government of Cambodia. As such, it is a foundation for political stability that brings full peace throughout the country. Subsequently, Cambodia has focused on national priorities with high attention on development for every sectors, including the implementation of National Policy on Veteran aimed at promoting the veterans’ and their families’ livelihood, namely: the provision of veteran-care services, healthcare protection and necessary equipment supports, vocational trainings, job and occupation finding-assistance, and social land and house concession, so that they could have resources, land, and habitants as well as occupations for a better livelihood.

All of these represents a Cambodian great tradition that exists from the past until present day, which provides mutual supports to inspire patriotic spirit among the next generation of youths on war veterans that had sacrificed their lives for the course of Nation, Religion, and the King.

The Veterans Confederation of ASEAN Countries (VECONAC), which is an ASEAN humanitarian entity, is actively performing its duties through the focused attention on veterans in the ASEAN member countries. It is part of the actions within the ASEAN framework. Therefore, in order to have this Confederation attained more achievements within the ASEAN action plans, I would like to share some comments as follows:

First, VECONAC must collectively continue promoting the luxury of life as well as preventing any war-caused harms on veterans’ life expectancy through protecting the veterans’ lawful right for the collective benefits of the them and their families, along with the lawful recognition from the veteran associations of the VECONAC member countries.

Second, VECONAC must collectively prepare policies, action plans, and any mechanism to widely expand the veteran sector, especially, the promotion of the veterans’ roles as what they deserve based on their merits, through incentivized on spirit and honor aspects, as well as supporting for a decent livelihood in accordance with the socio-economic development.

Three, VECONAC must continue promoting the capacity and knowledge of veterans and war victims in the region through arrangements of development programs, workshops, information sharing, experience exchange plans, IT knowledge and other beneficial activities for the VECONAC members.

Four, the management of the VECONAC member countries should continue actively in expanding the scope of incentives for the ASEAN veterans, protecting right to life and personal safety with further strengthening and expanding of friendship in order to initiate good cooperation and mutual experience exchange for the collective benefits of VECONAC.

I hope that the Cambodian Veterans Association and VECONAC will continue strengthening tight cooperation in solidarity manner and high responsibility in order to overcome challenges, as well as attaining new achievements for the war veterans and their families aimed at contributing to achieve the VECONAC targets namely: peace, prosperity, and harmony along with the promotion of right and dignity of veterans in the region and the world.

Finally, along with the opening of “the VECONAC 19th General Assembly” at this moment, I would like to wish Excellencies, ladies and gentlemen, national and international guests best of health along with happiness, prosperity, and achievements in all duties. 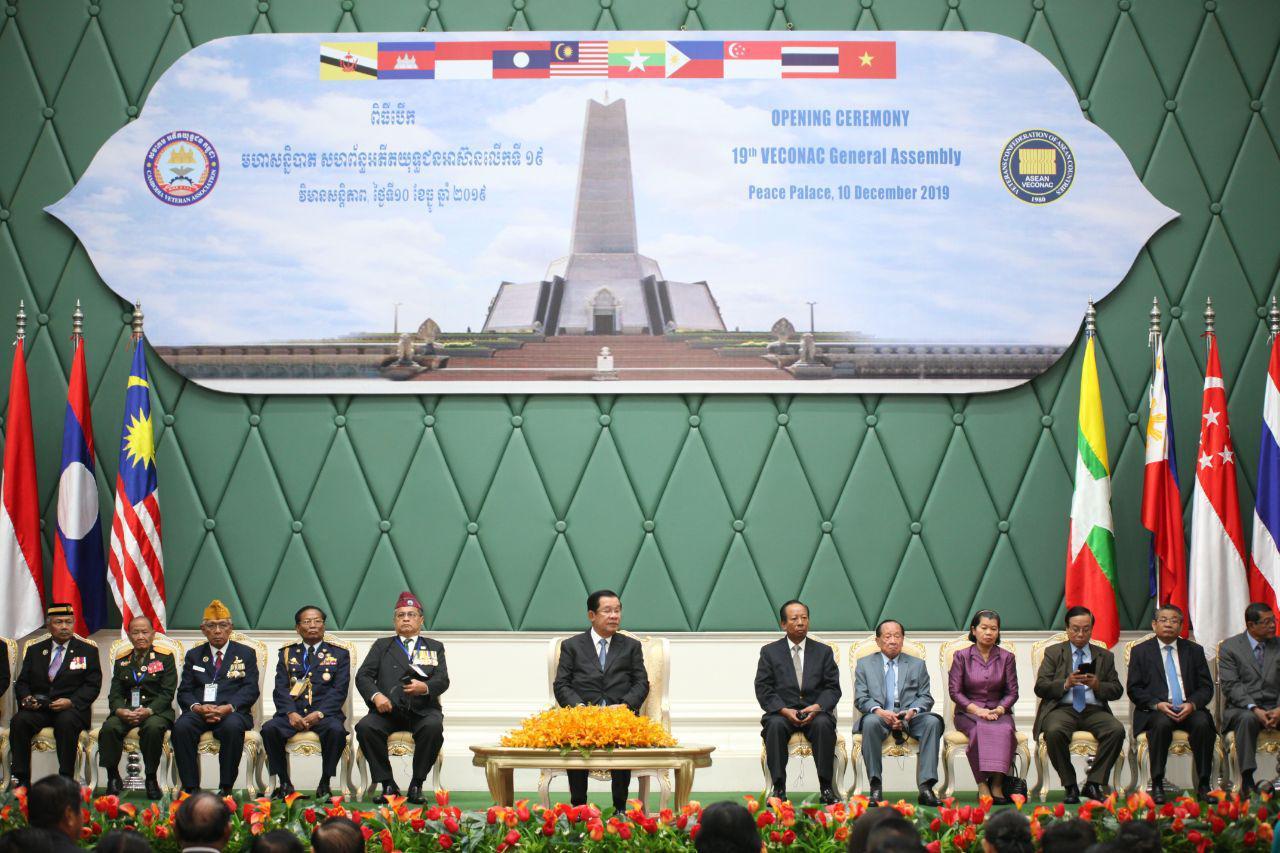 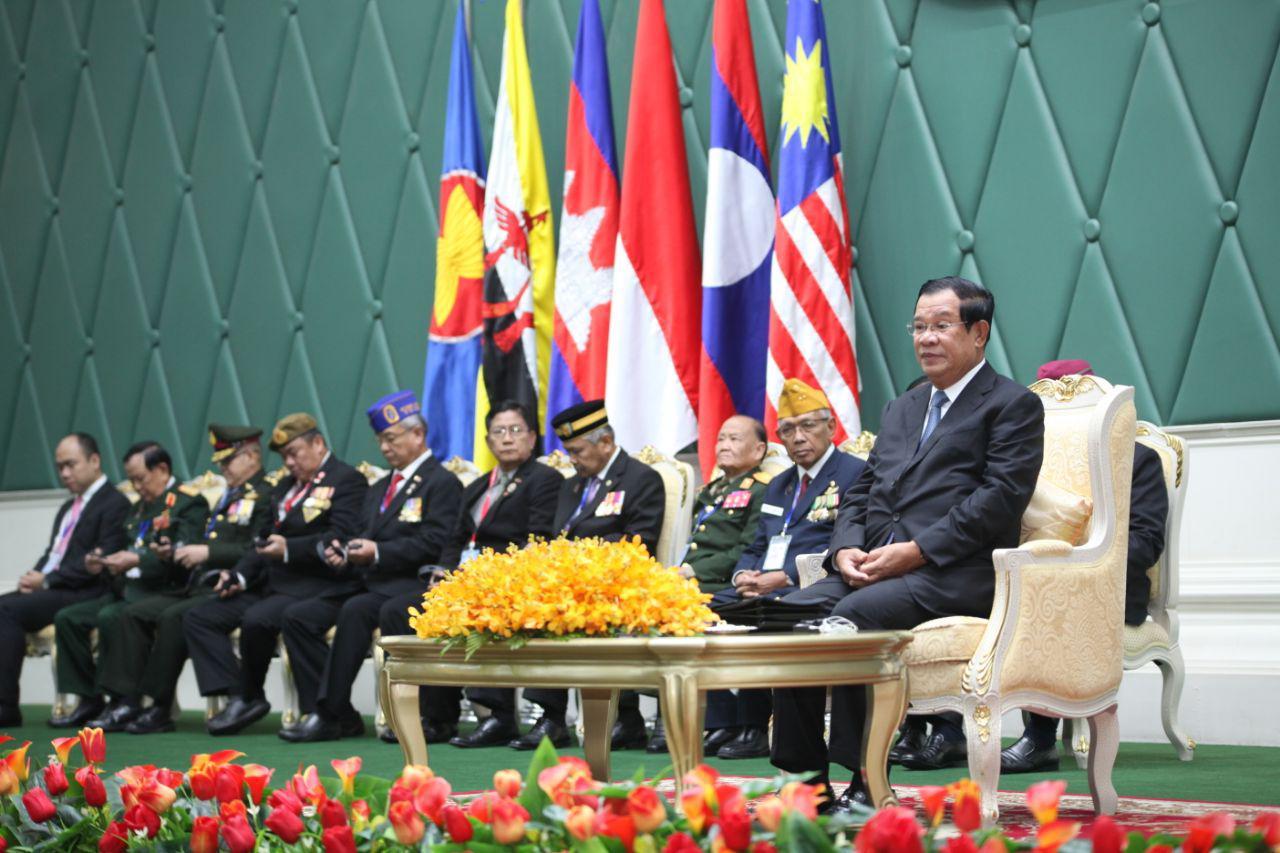 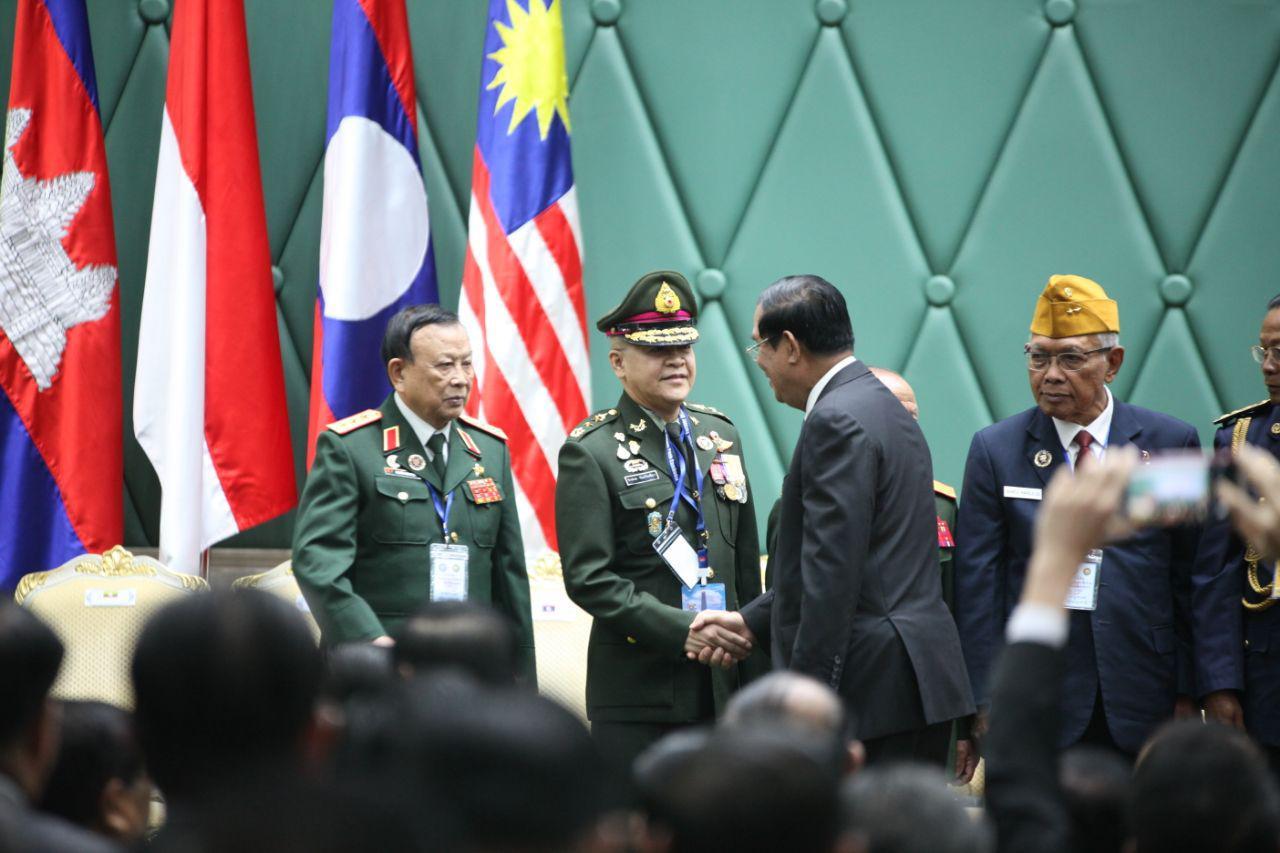 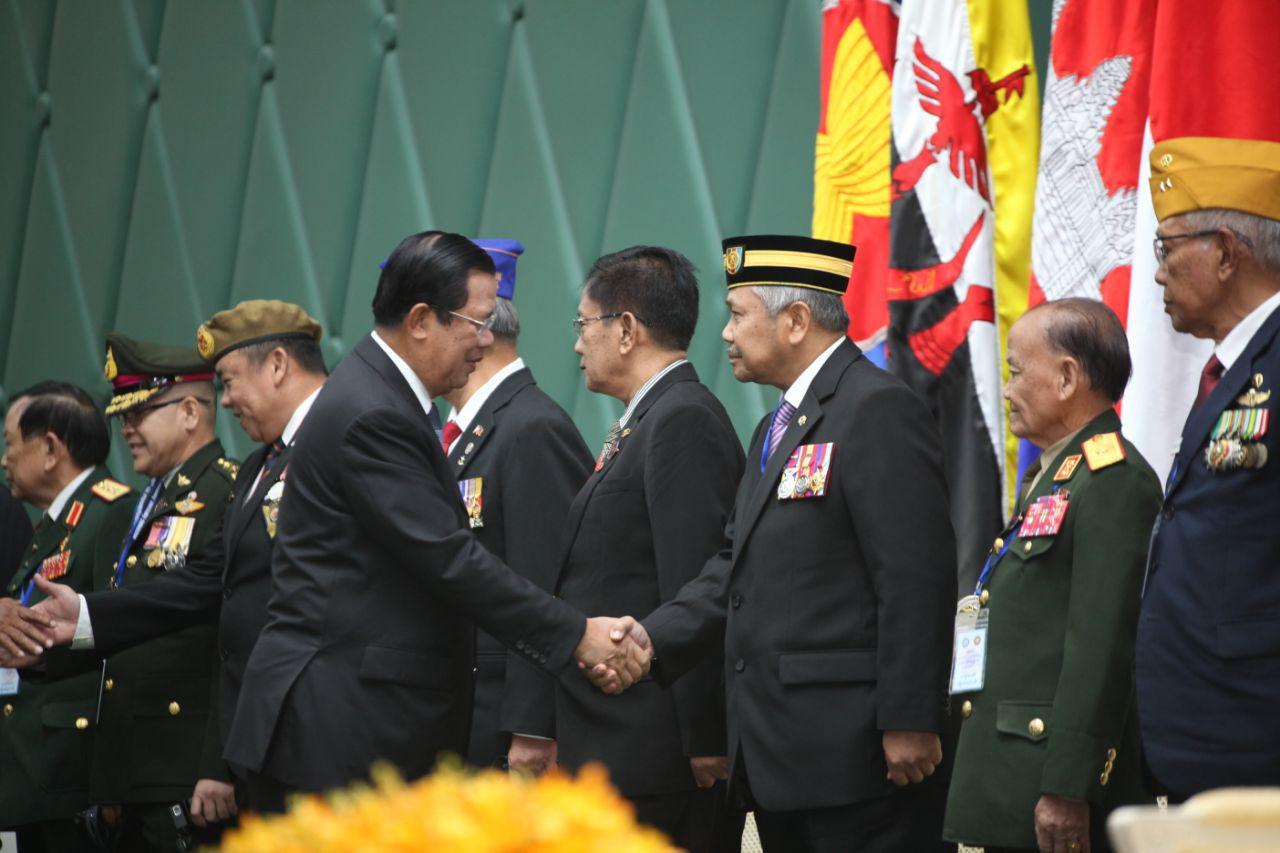 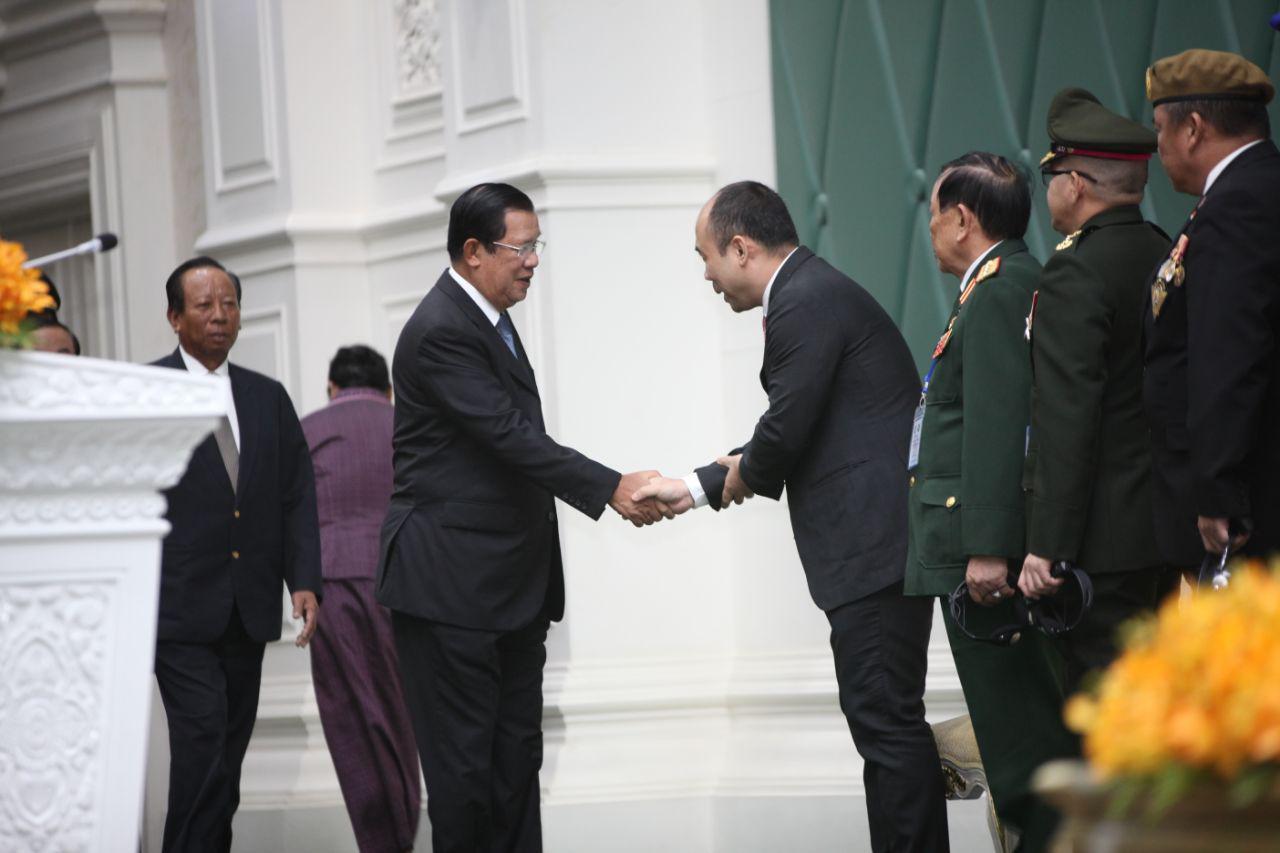 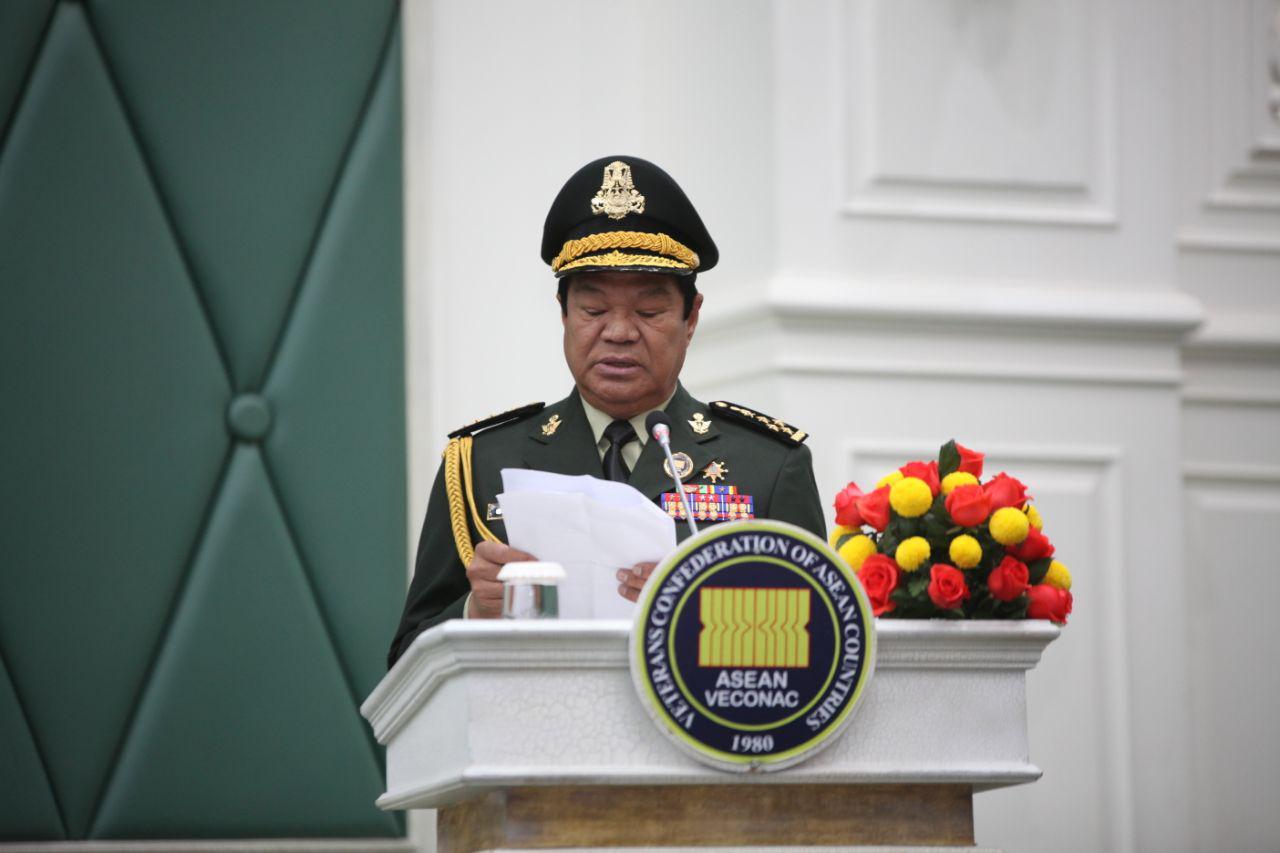 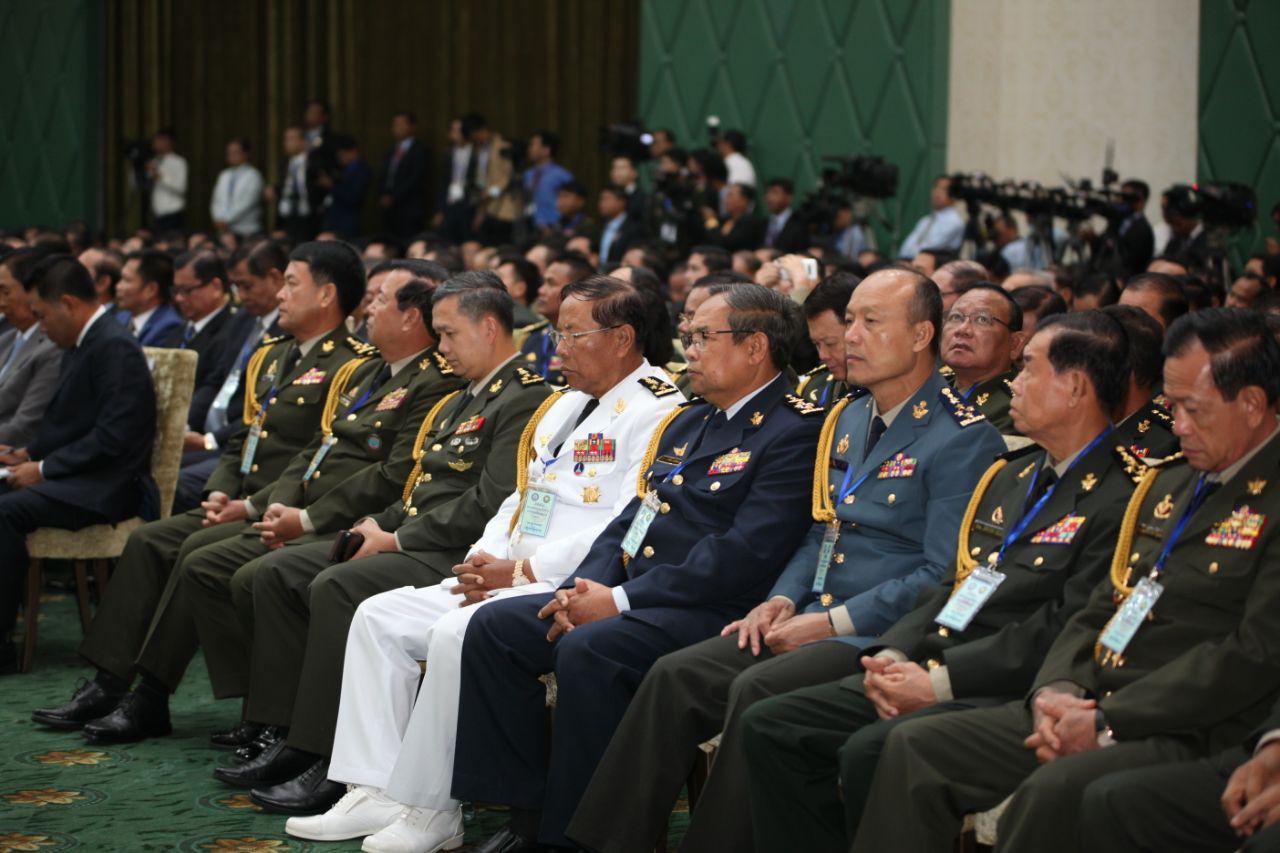 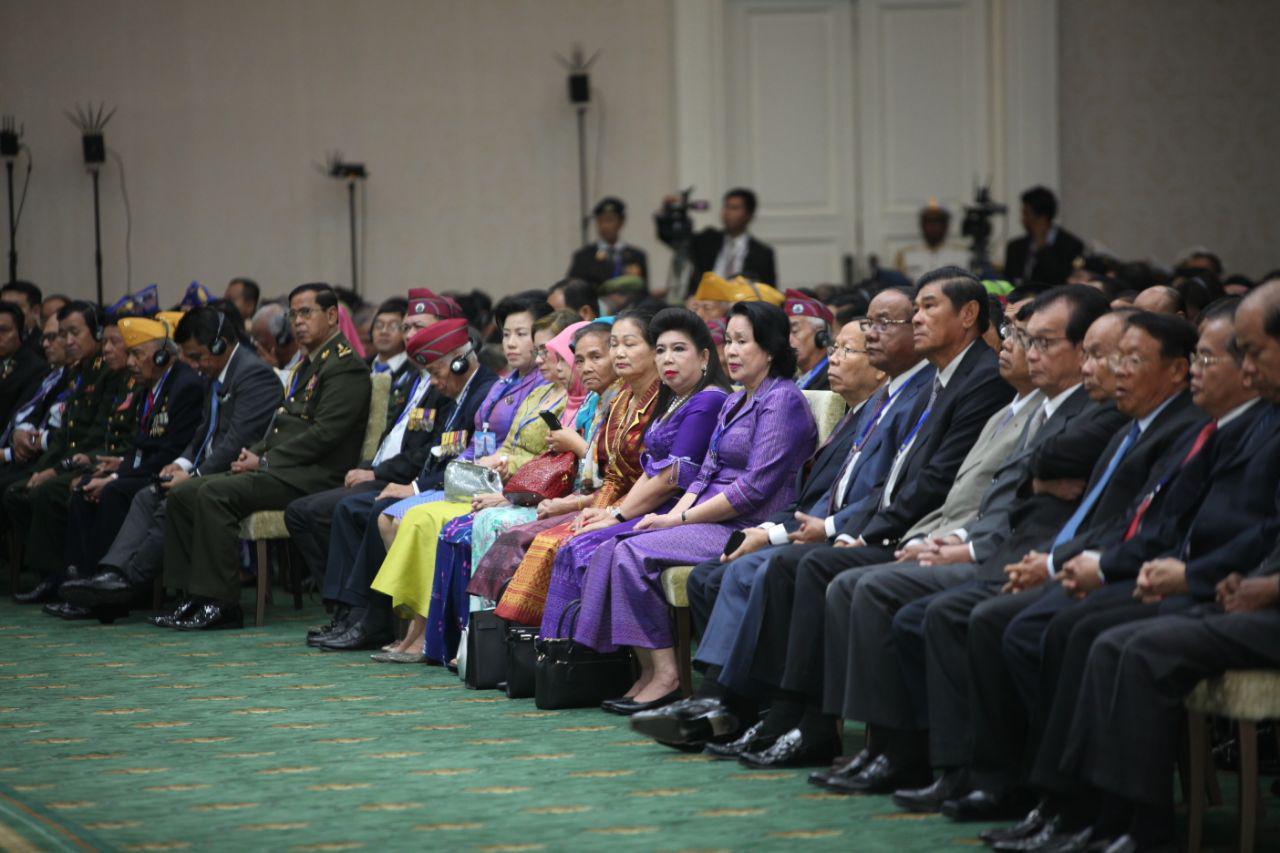 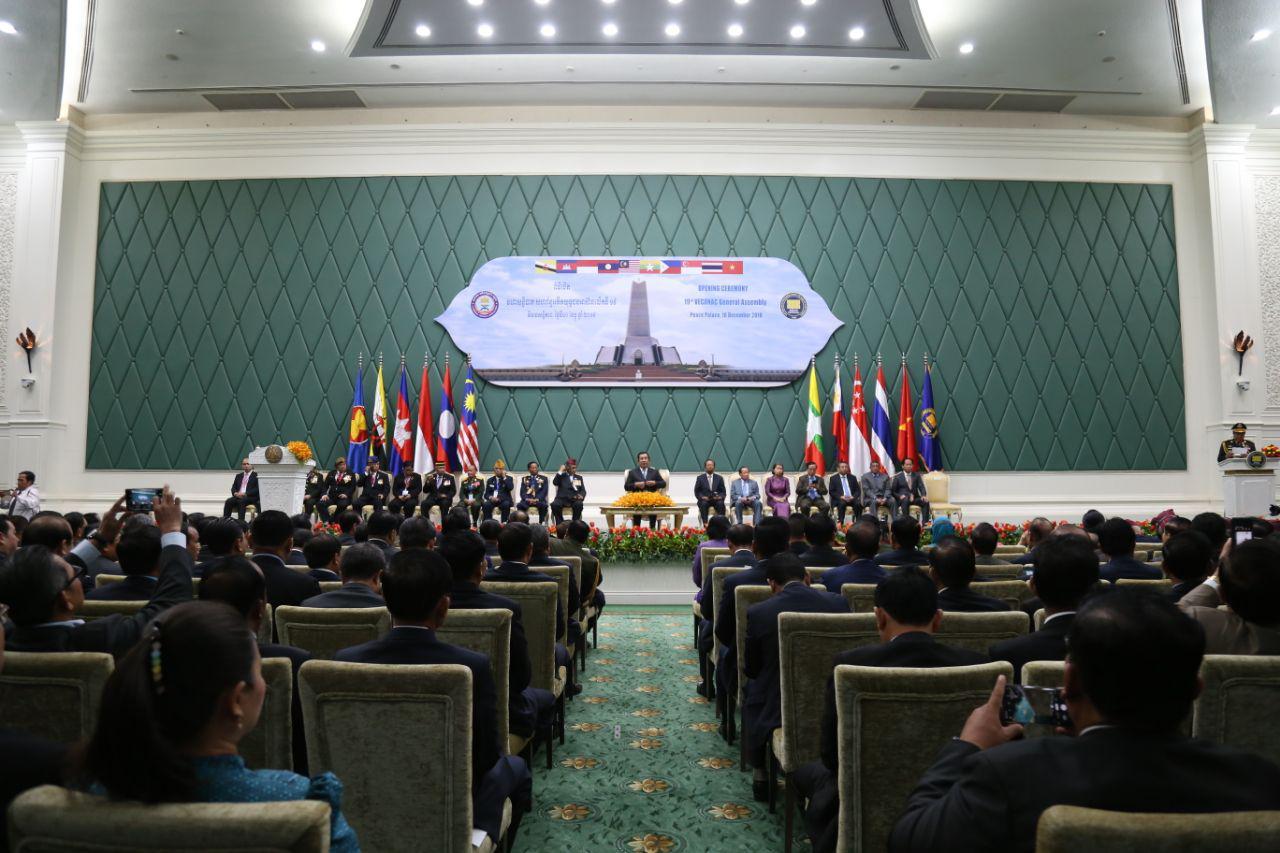 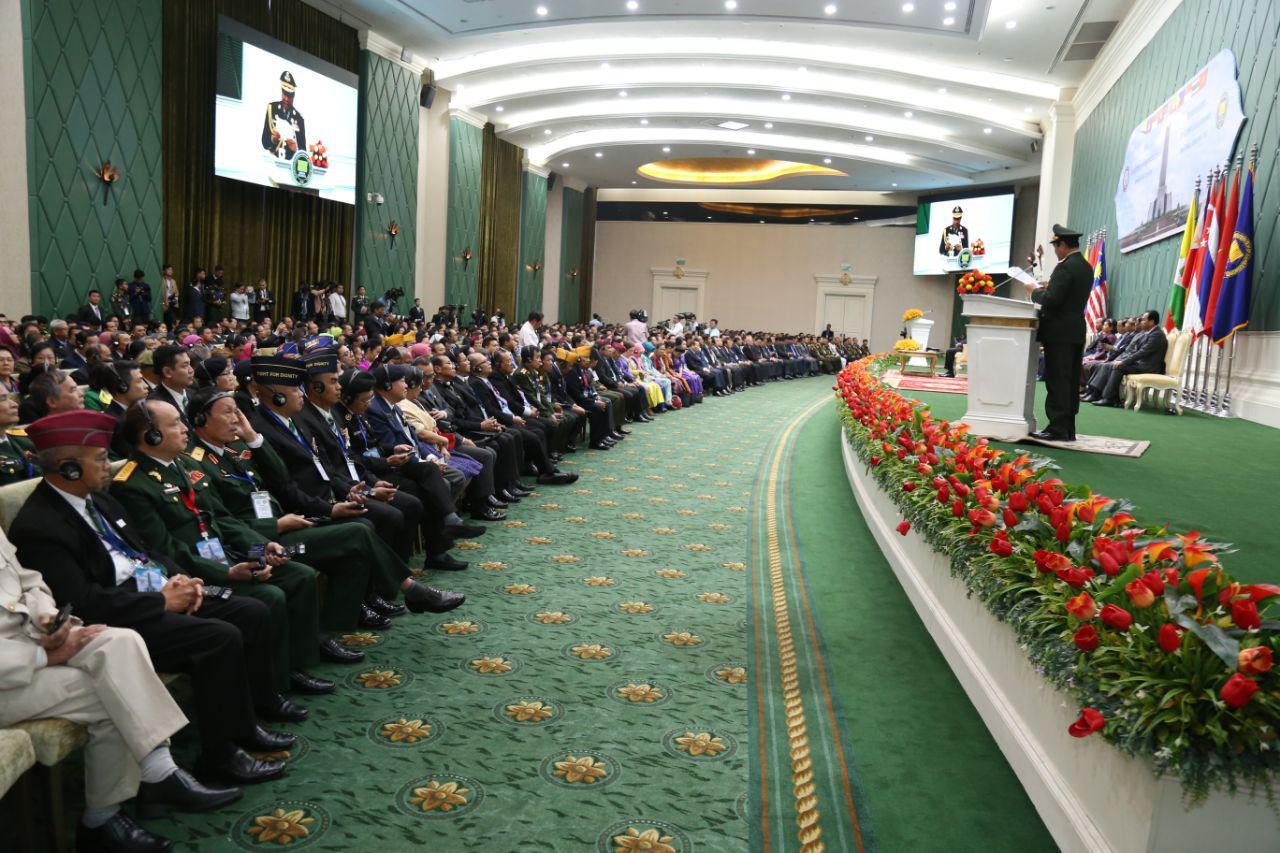 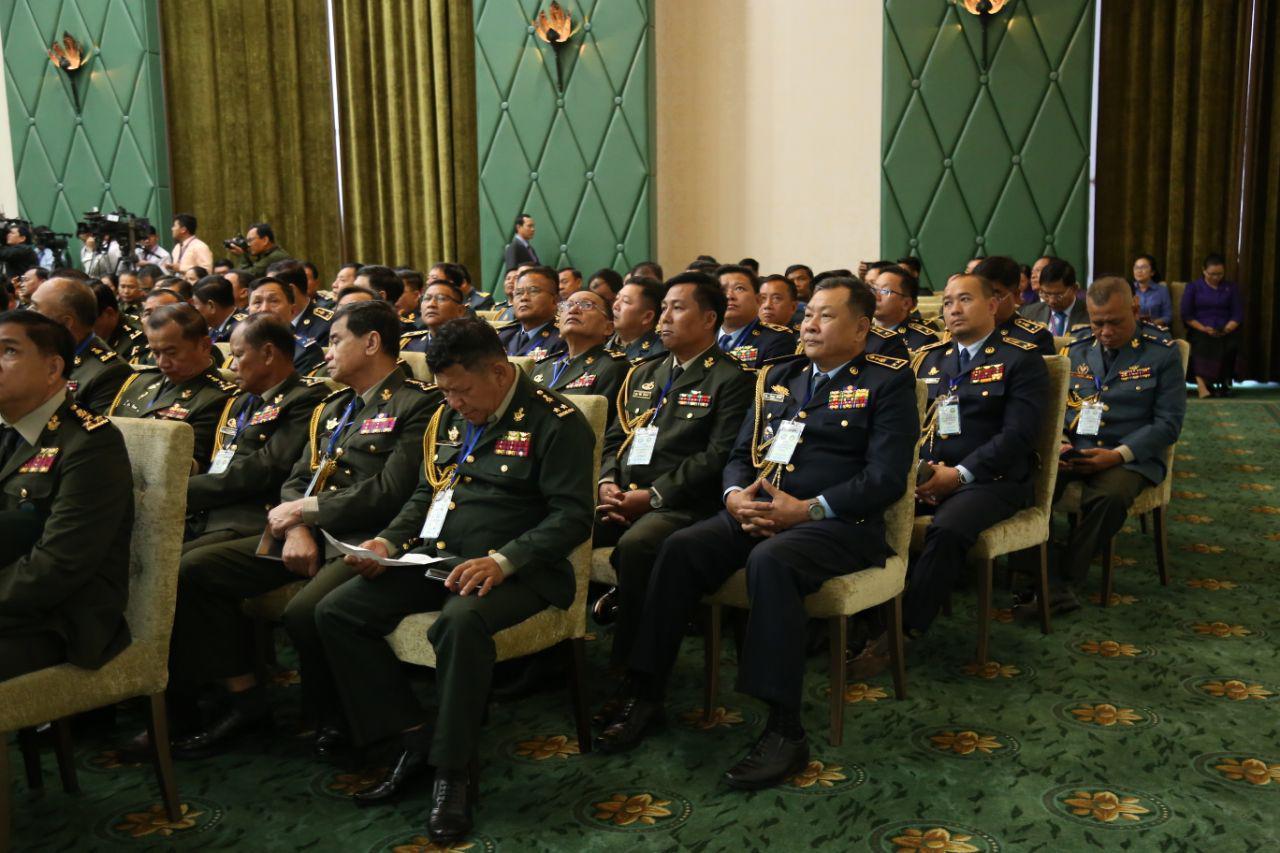 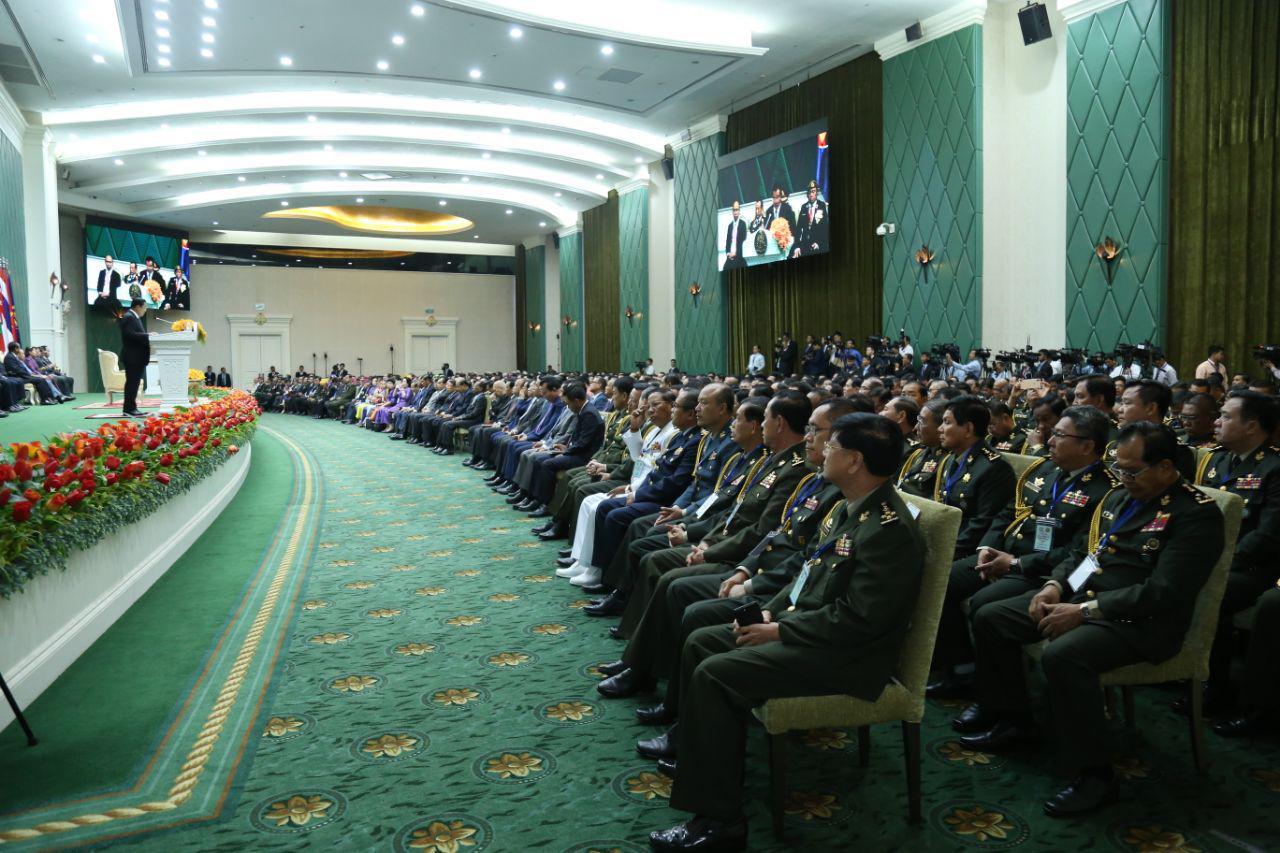 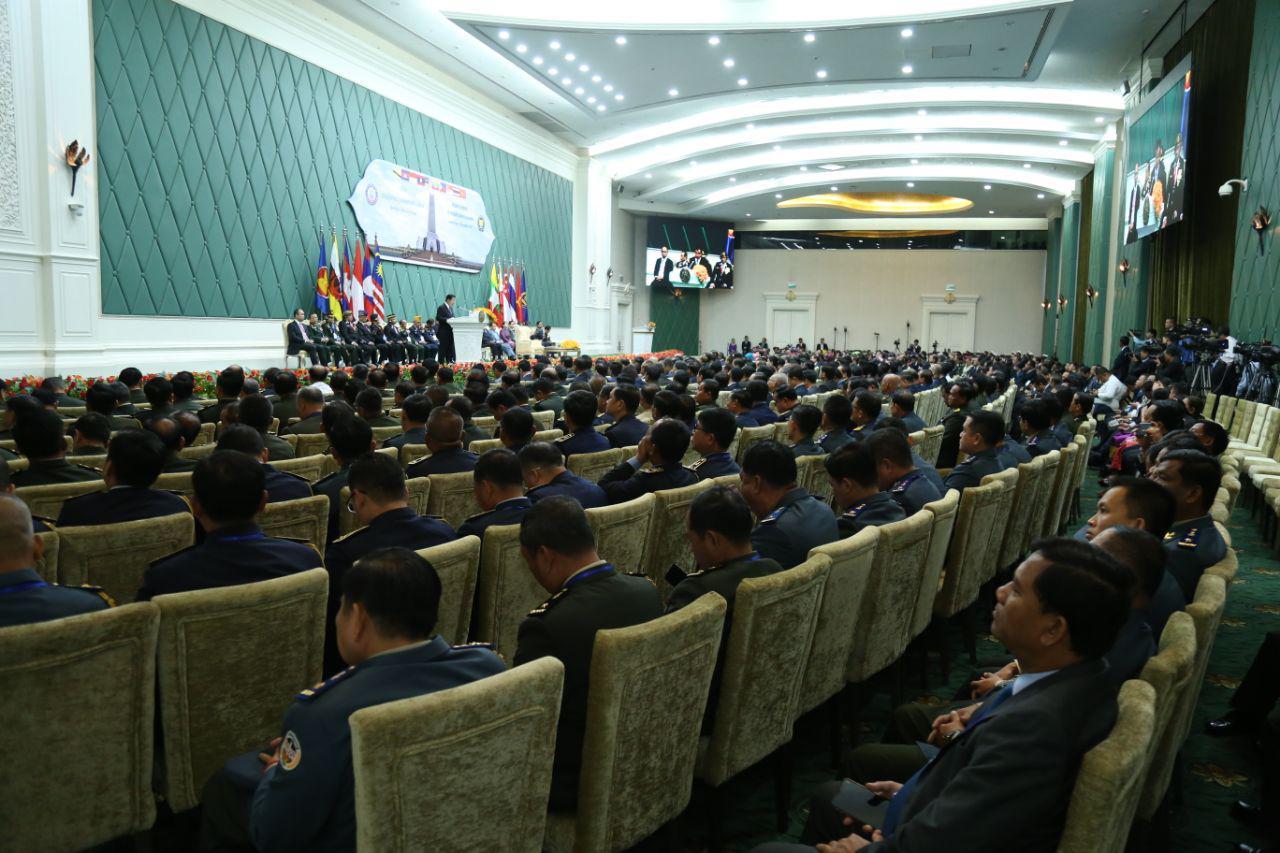