Phnom Penh (FN), Dec. 10 – The Ministry of Foreign Affairs and International Cooperation expressed its strong dismay over the arbitrary designation of Cambodian nationals working in both public and private sectors under Global Magnitsky Act, according to the statement released on 10 December 2019.

"It is very disturbing when public figures of a country have become subjects of punitive measures of another country based on groundless accounts and accusations in total disregard of the legal and judicial independence of the country," the statement read.

The statement underlined that, "The Executive Order is an ambush against the ongoing efforts to restore trust and confidence between Cambodia and the United States as reflected in the recent two-way communications between Cambodian Prime Minister Hun Sen and Honorable Donald J. Trump, President of the United States, which underlined clearly the US’s respect to Cambodia’s sovereignty and strong intention to enhance bilateral relations based on mutual respect."
=FRESH NEWS 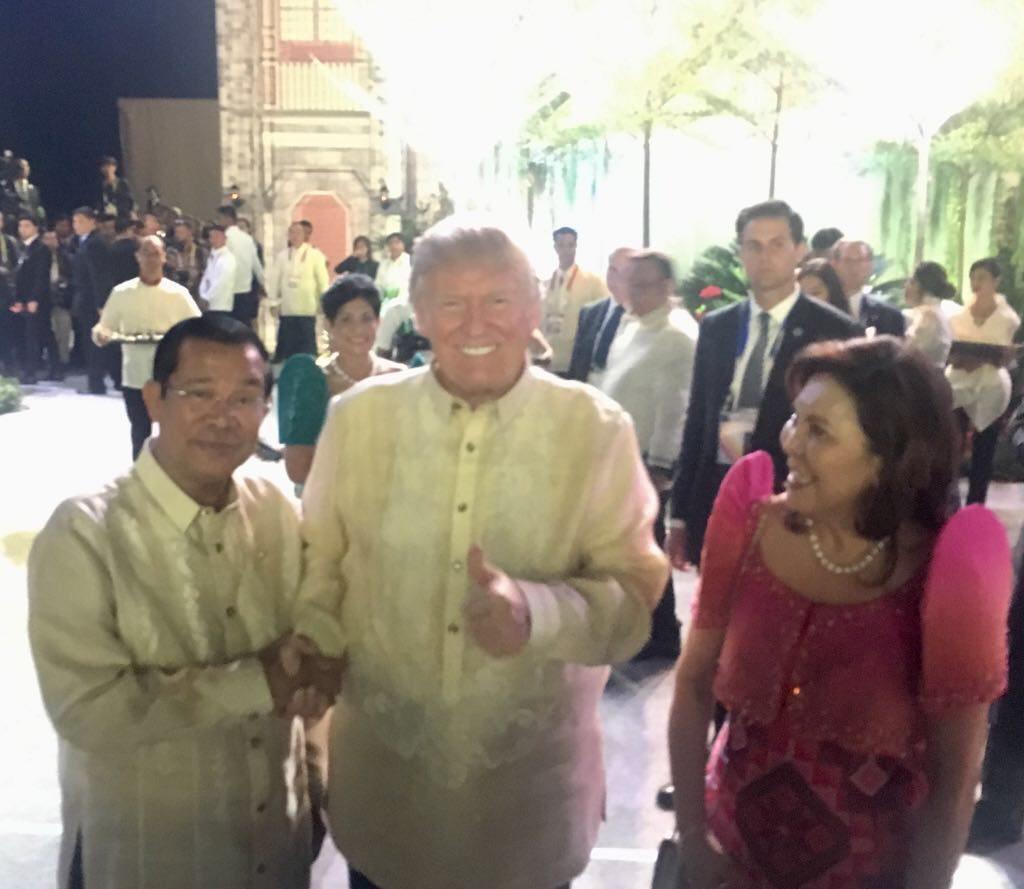 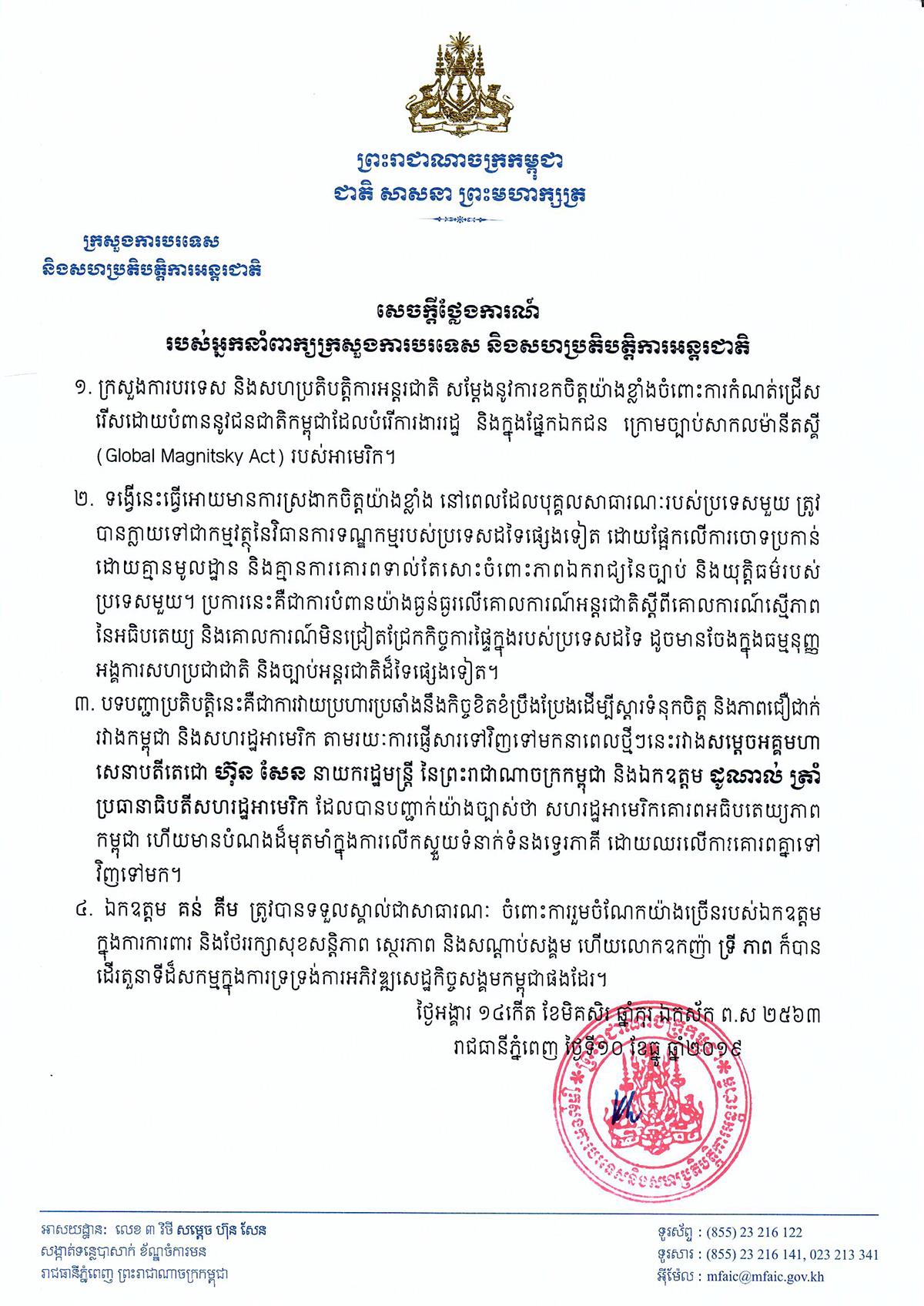 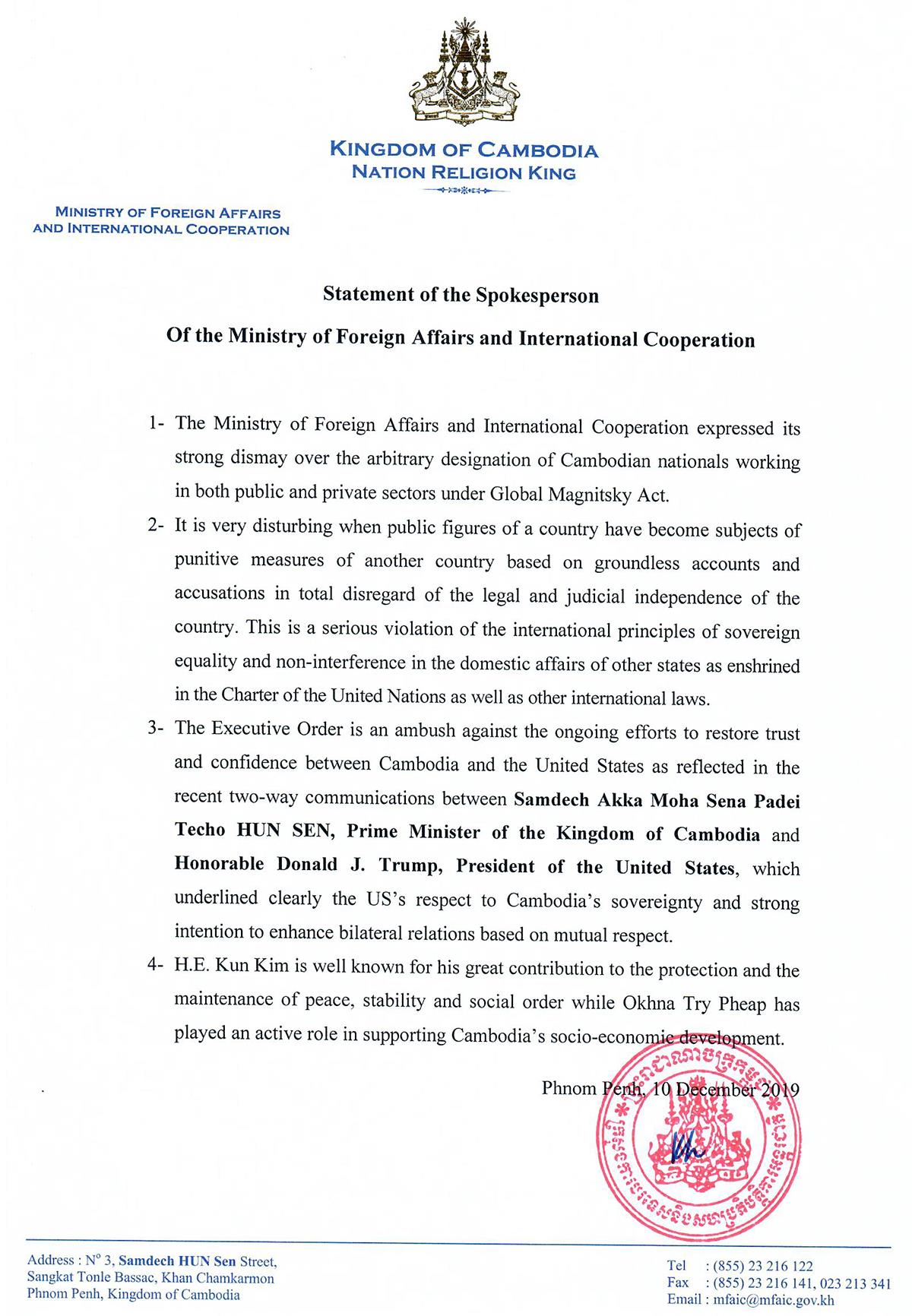