Phnom Penh (FN), Dec. 12 – In accordance with the EU procedures, the Royal Government of Cambodia is required to hand over to the European Commission on 12 December 2019 its Final Response to the European Commission Report of​ Findings and Conclusions on the procedure for the temporary withdrawal of the tariff preferences provided to the Kingdom of Cambodia under the Everything But Arms (EBA) arrangement, according to the statement of Ministry of Foreign Affairs and International Cooperation dated Thursday.

“The Final Response is a comprehensive report on the actions and measures undertaken by the Royal Government to respond to all the areas of concerns of the European Commission, in particular with respect to the right to political participation, land rights, freedom of expression and freedom of association.”

The statement underlined that, “While the final decision will be made by the European Commission by February 2020, the Royal Government expects that the European Commission will take into consideration the government’s good faith efforts to implement all the relevant international conventions under the EBA regulations, the potential social impact of nearly one million female workers and the indirect effect on families and relatives supported by these workers’ wages, as well as respecting the principles of sovereignty and non-interference into Cambodia’s internal affairs.”
=FRESH NEWS 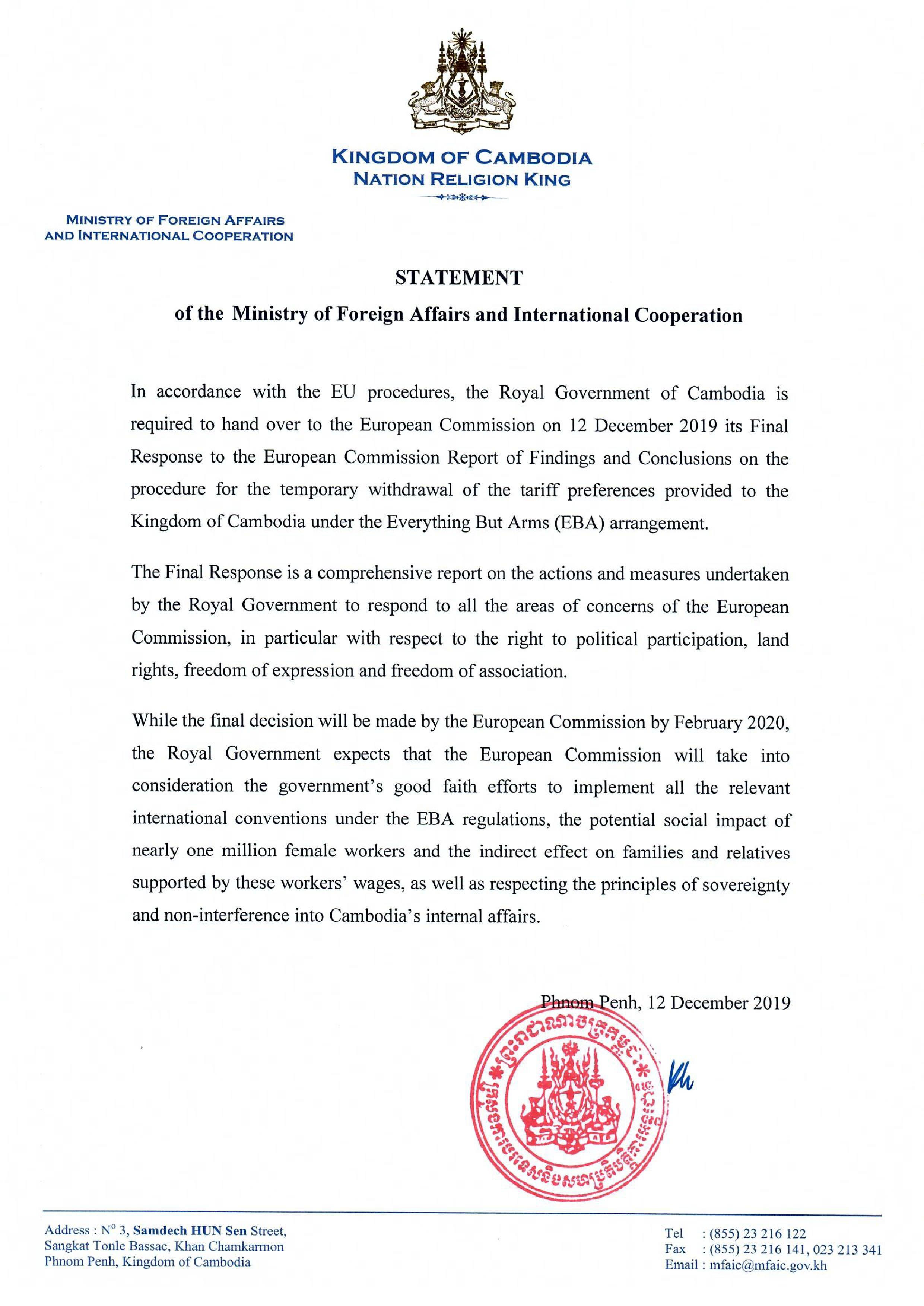