To avoid confusion, the JBC has informed the public follows:

The fake border marker was 5km different from the official marker, which was mutually agreed by Cambodia and Vietnam.

JBC called on compatriots, both domestic and foreign, not to believe the distorted information created by ill-intended groups to attack the government.

To date, Cambodia and Vietnam have achieved 84 percent of border demarcation and work to accomplish 100 percent in order to ensure the territorial integrity and sovereignty.
=FRESH NEWS 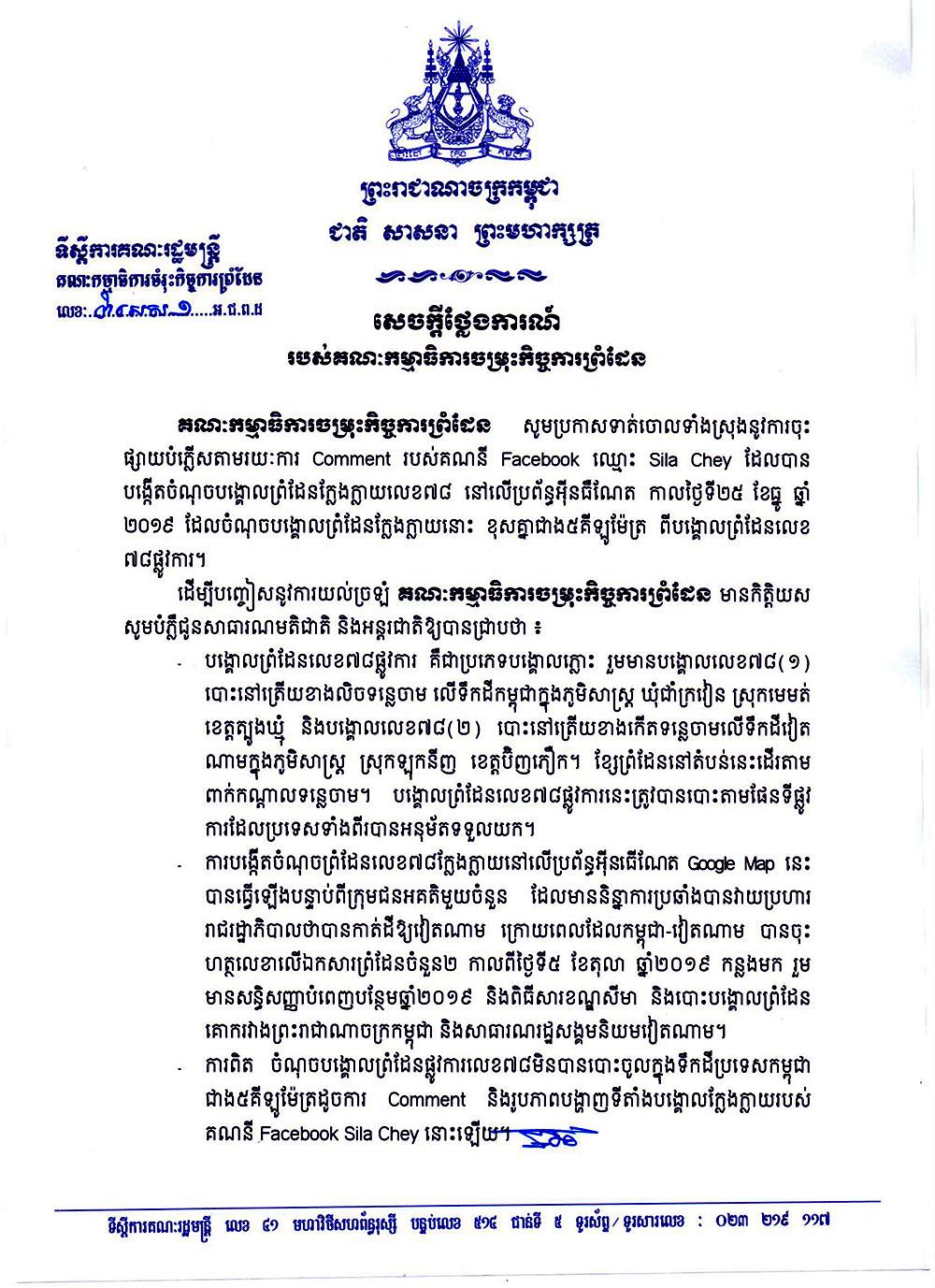 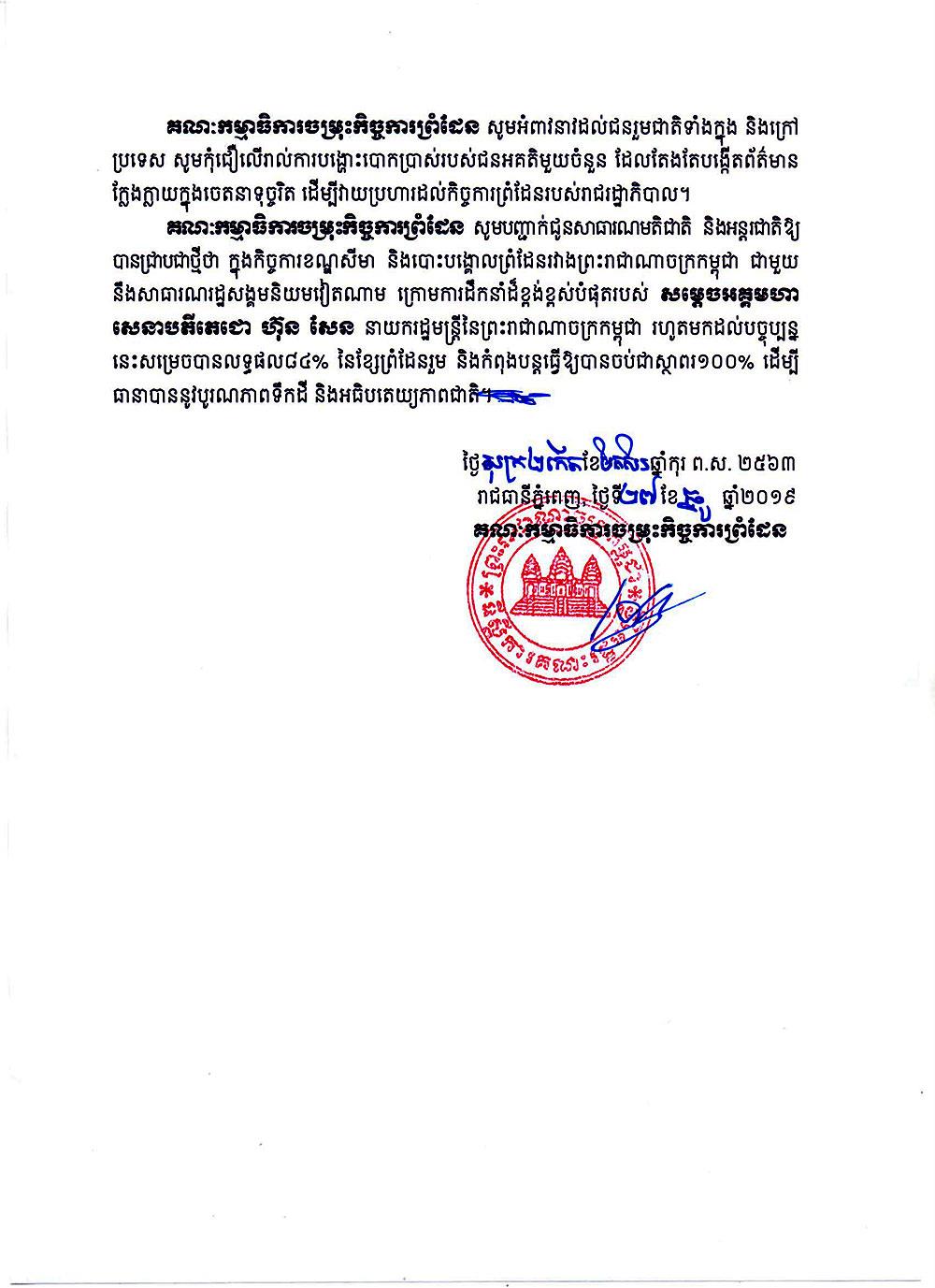