Phnom Penh (FN), Jan. 5 – The United Nations in Cambodia offered condolences to the families of the victims in the tragedy of the six-storey building collapse in Kep province.

“The United Nations system stands ready to work with the Royal Government of Cambodia and all partners to improve construction safety standards in the country,” the statement added.

It is worth noting that an under-construction building in the coastal province Kep, about 170 kilometers south of Phnom Penh, collapsed around 4:30 pm on 3 January 2020.

As of 9:30 a.m on 5 January, authorities have found 48 victims under the rubble; 25 of them, including 12 females, deceased, according to Kep Administration.

This is the first time in 2020 that a deadly collapse of the building took place in Cambodia. In June 2019, 28 workers killed and 26 others injured in the collapse of the 7-storey building in another coastal province Sihanoukville.
=FRESH NEWS 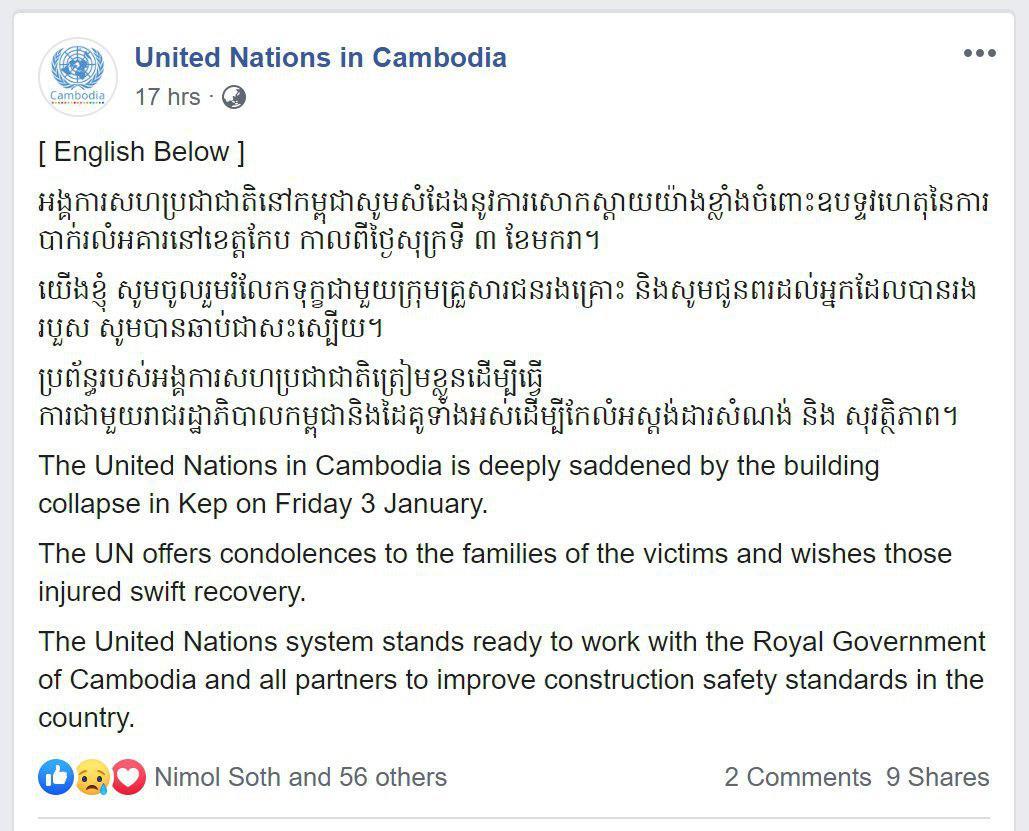 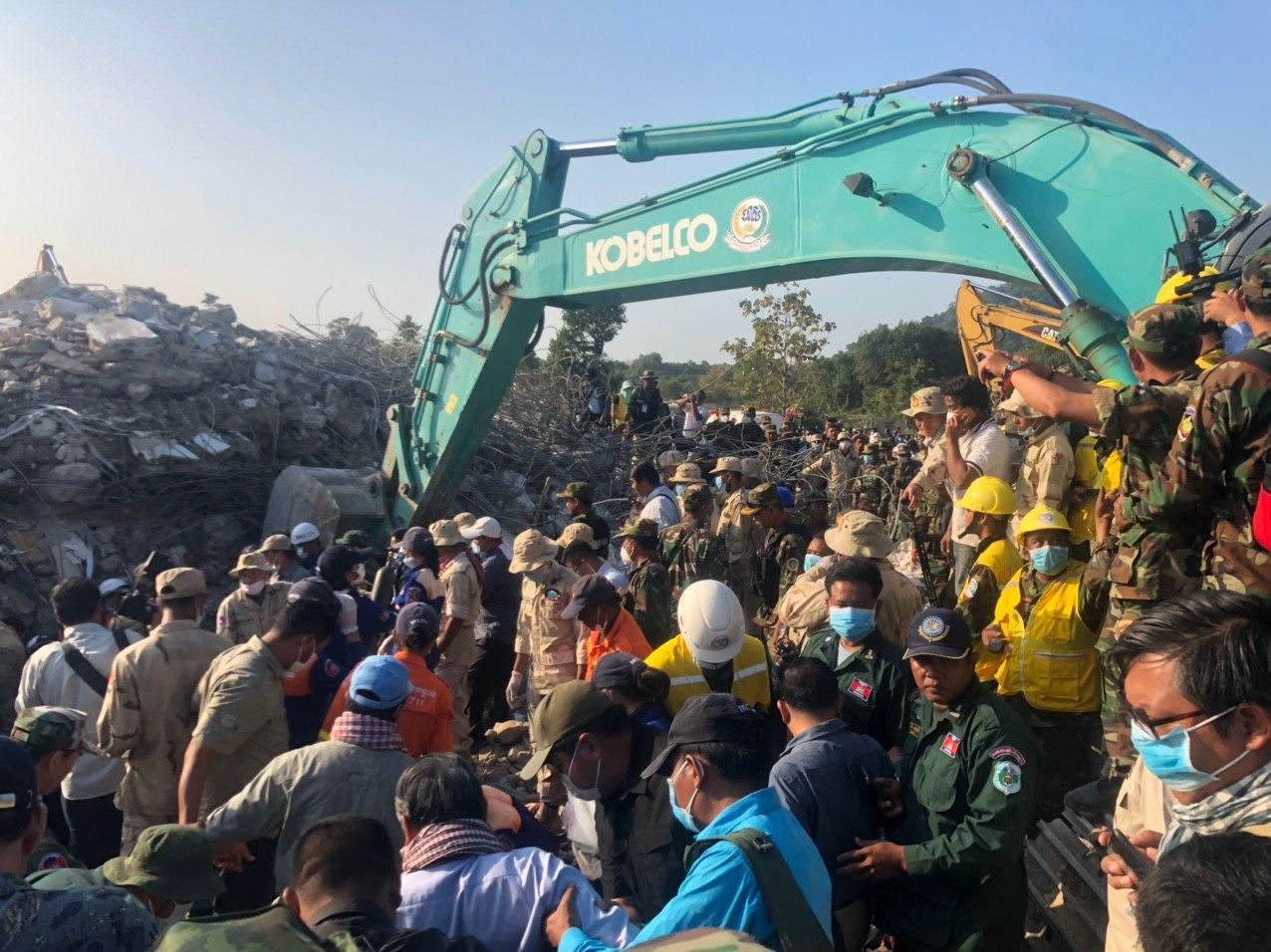 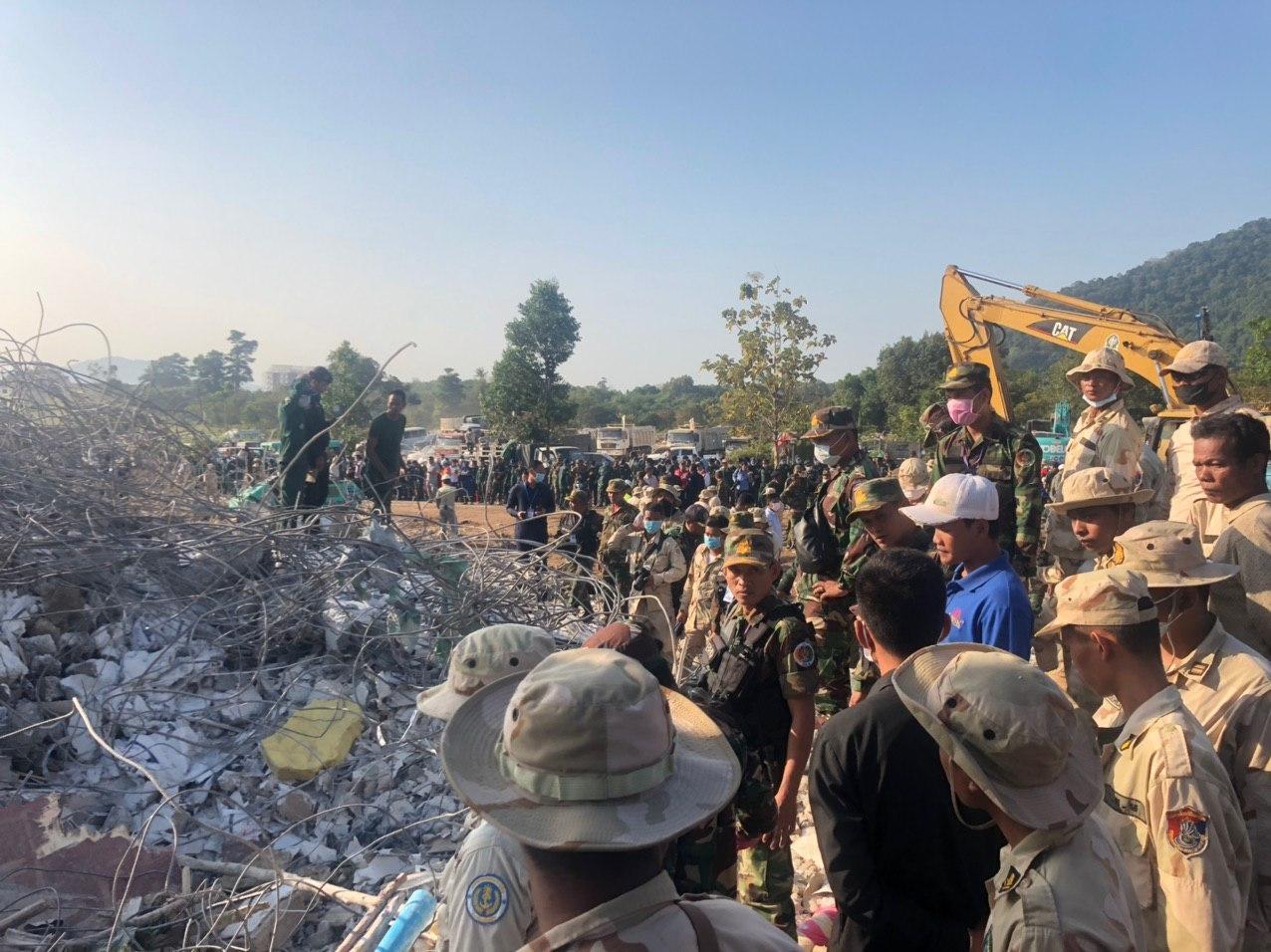 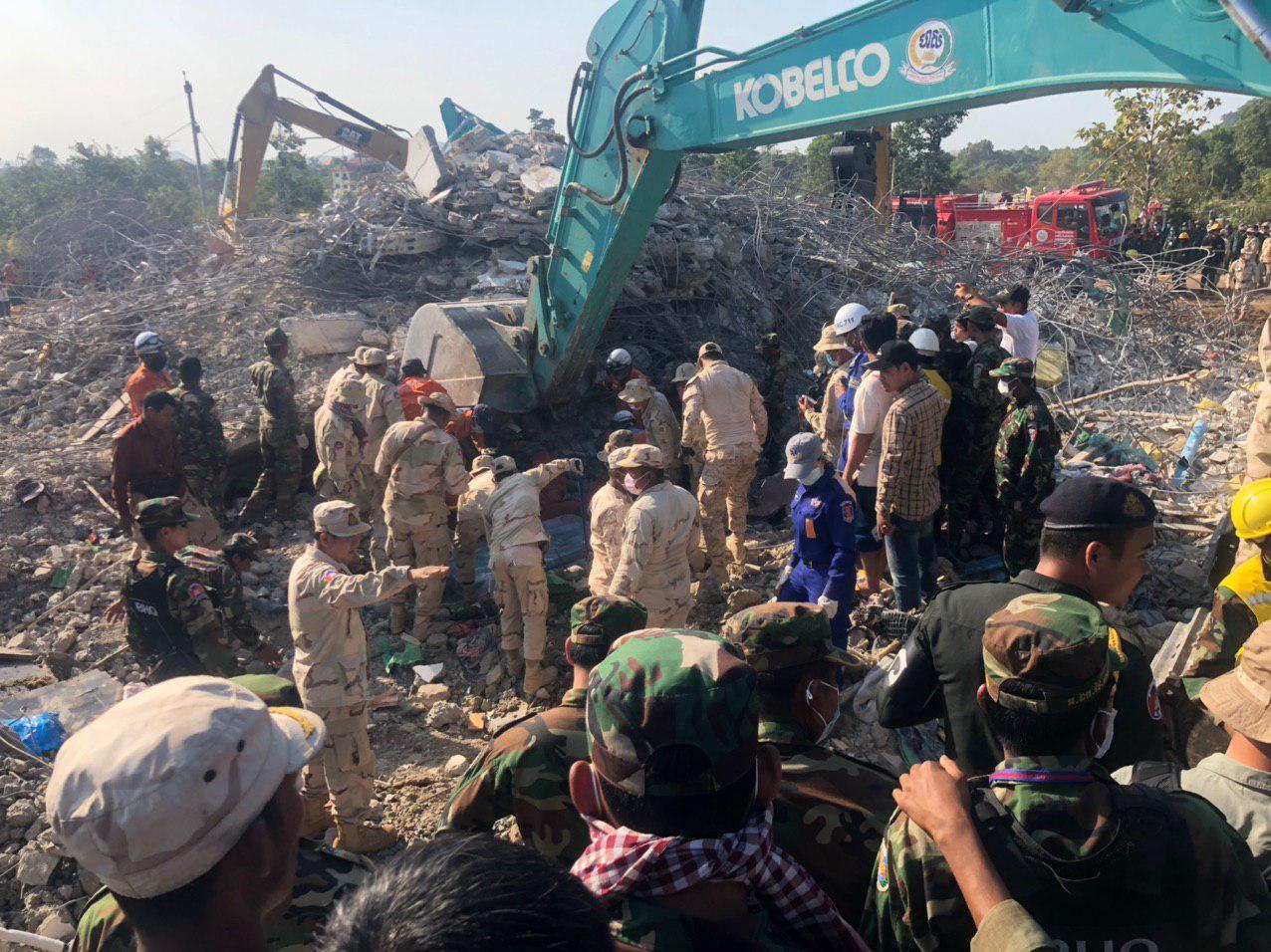 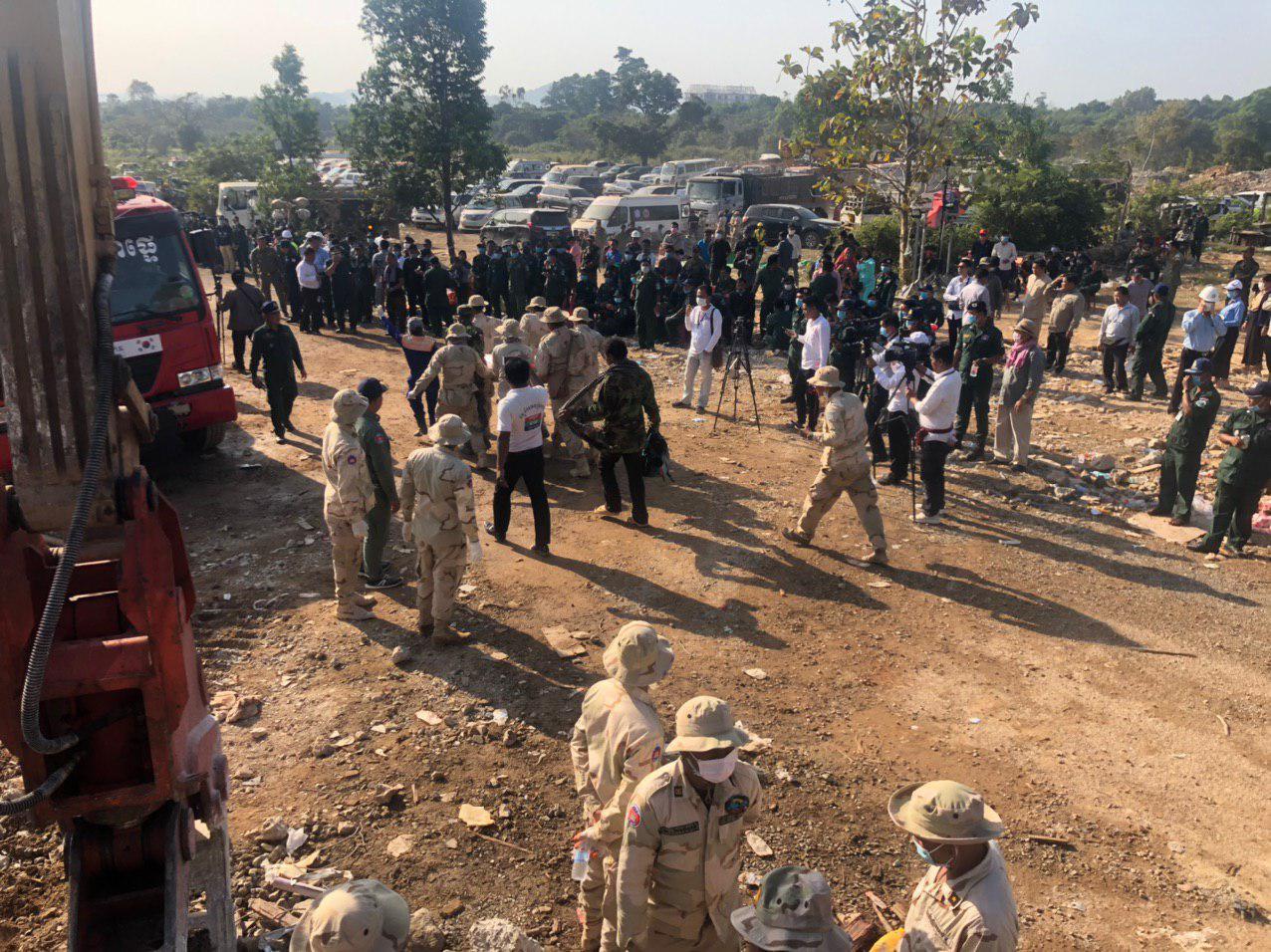 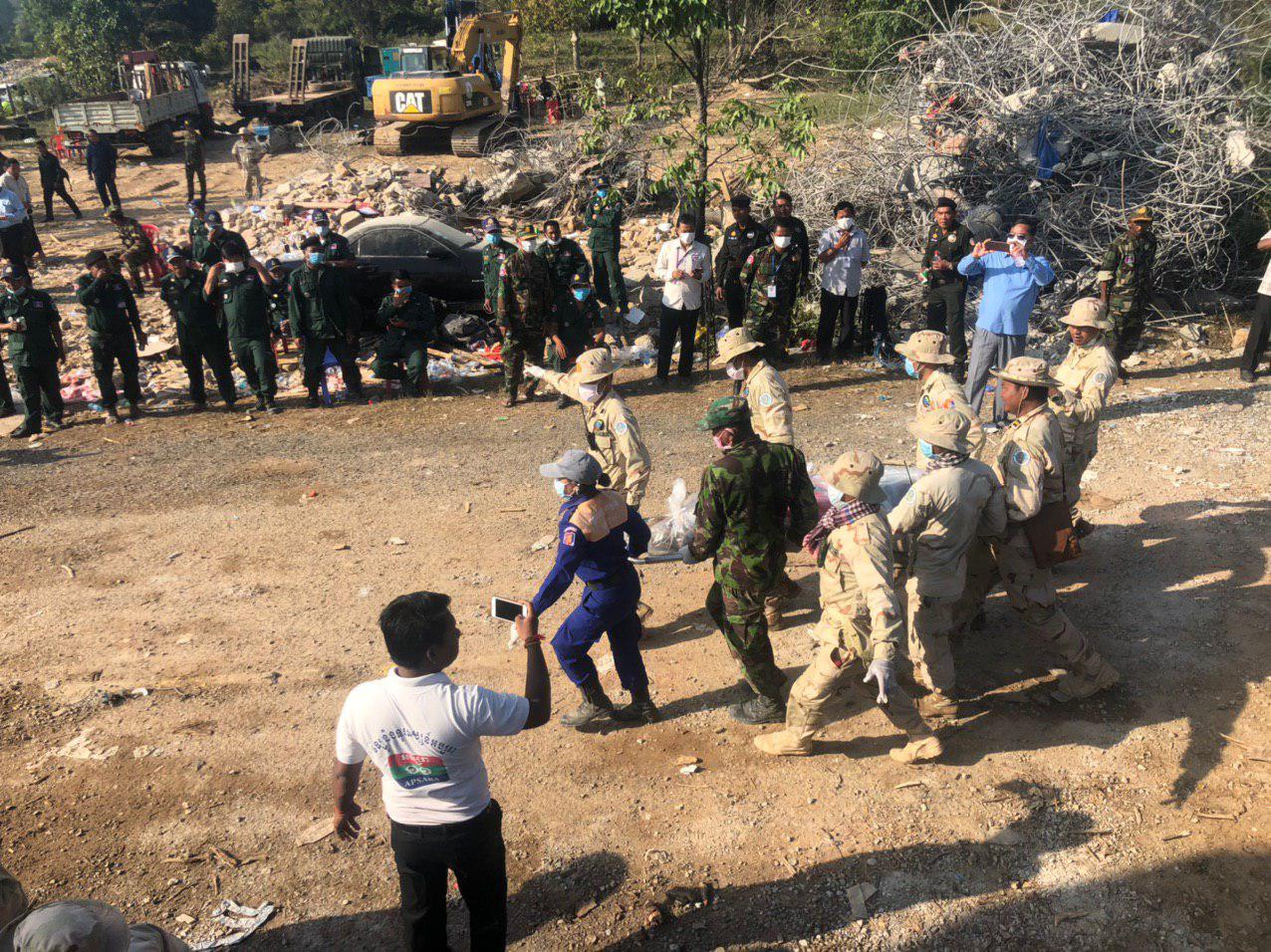 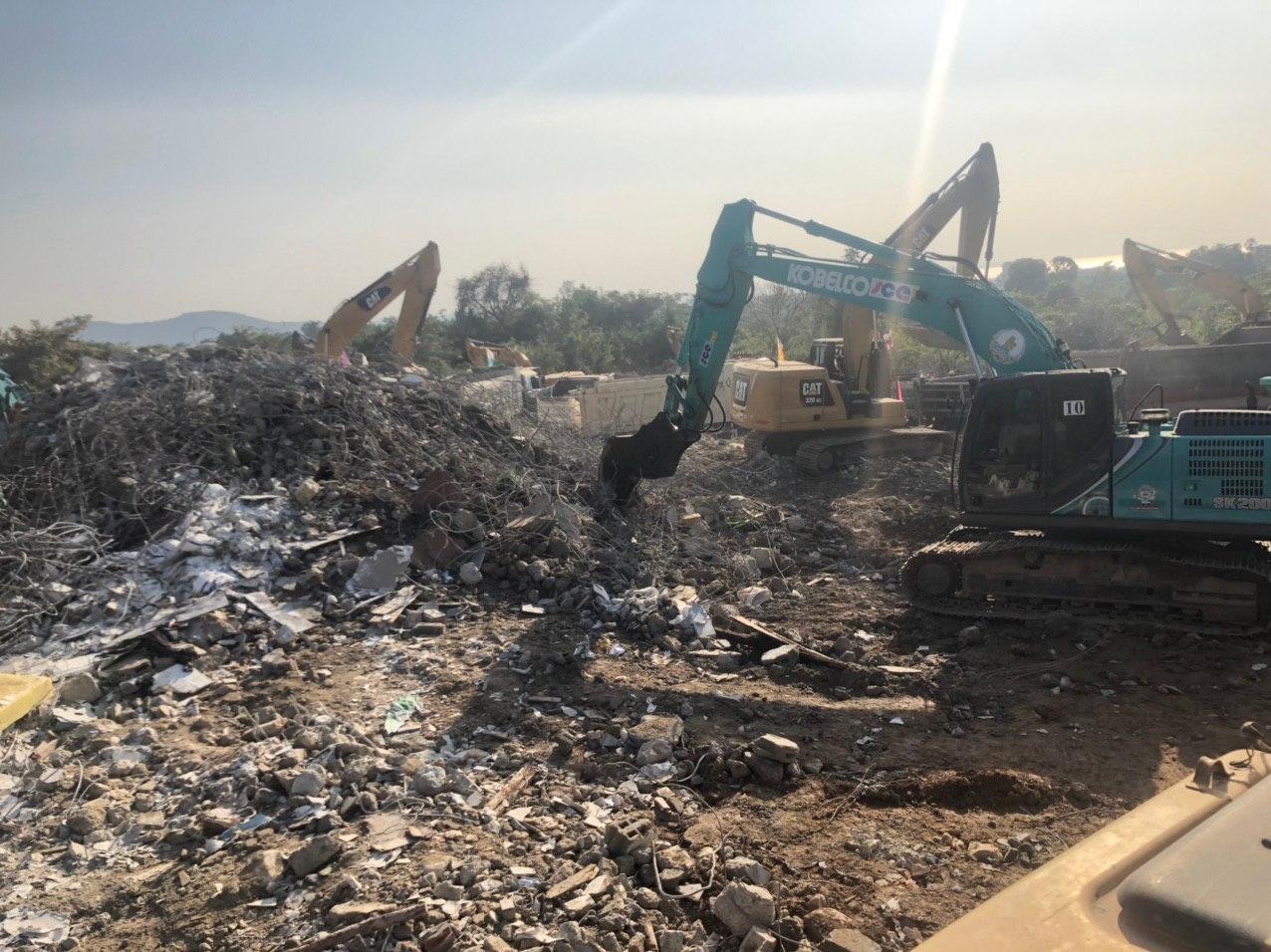