Phnom Penh (FN), Jan. 6 – The German and Japanese Embassies in Cambodia offered their condolences to the families of the victims of the six-storey building collapse in Kep province.

"The German Embassy is saddened by the news of the building collapse in Kep. We would like to express our condolences to the Cambodian people especially the 59 victims and their families from this tragedy,” German Embassy Cambodia Facebook page on Monday.

In the meantime, the Embassy of Japan wrote, “Condolence message of Ambassador of Japan Mikami Masahiro. I am saddened by the news of the building collapse in Kep Province on 3 January. I would like to extend my deepest condolences to the family of the victims by the accident. I wish for the early recovery of the injured and I pray that the souls of all the deceased rest in peace."

On 3 January 2020, an under construction building in the coastal province Kep, about 170 kilometers south of Phnom Penh, collapsed around 4:30 pm. Closing the rescue operations on 5 January, authorities have found 59 victims under the rubble; 36 deceased (14 females).

This is the first time in 2020 that a deadly collapse of the building took place in Cambodia. In June 2019, 28 workers killed and 26 others injured in the collapse of the seven-storey building in another coastal province Sihanoukville.
=FRESH NEWS 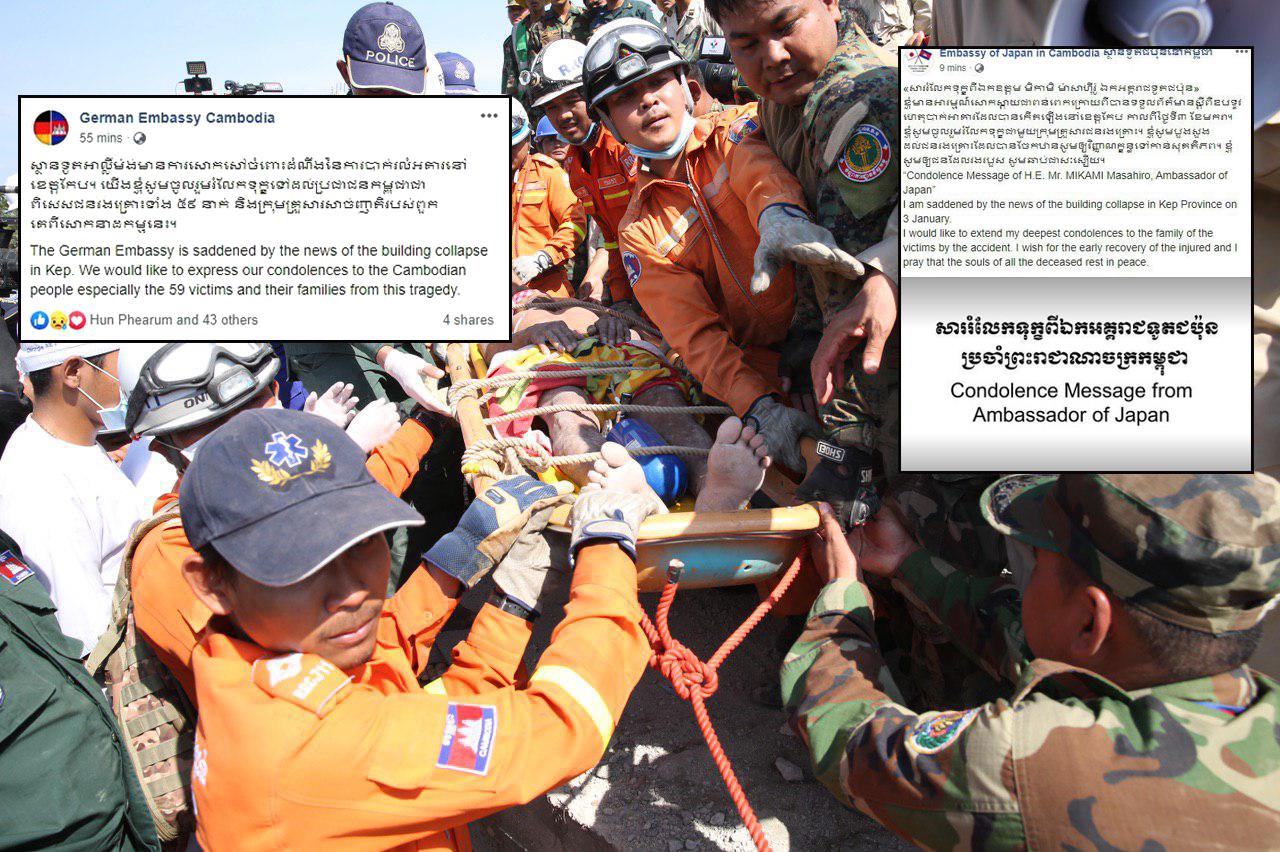 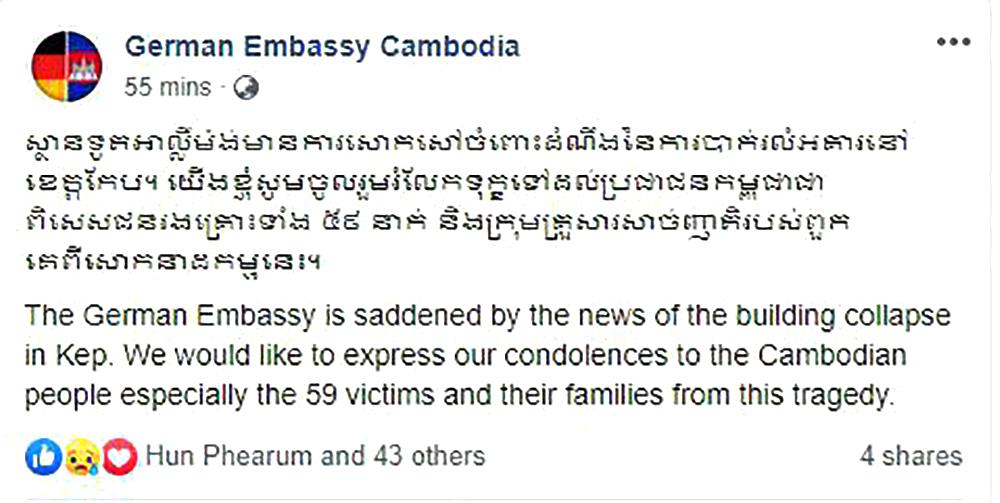