US Embassy in Cambodia Recalls the Tragedy of the Khmer Rouge

Phnom Penh (FN), Jan. 7 – The US Embassy in Cambodia on Tuesday issued a statement recalling the tragedy of Khmer Rouge genocide.

“Today, we remember the nearly two million Cambodians who lost their lives, and countless other impacted, during the Khmer Rouge genocide. The Cambodian people have shown great resilience in the decades since that dark period and, through hard work and determination, have taken the country far,” the US Embassy wrote on Facebook.

“The United States remains firmly committed to supporting the Cambodian people and their aspirations for reconciliation, prosperity, democracy, and independence -- and to ensuring that such a tragedy never happens again,” the statement added.

Over 30,000 people flocked to Koh Pich this morning to celebrate the 41st anniversary of 7 January Victory Day over the fall of the Khmer Rouge regime.
=FRESH NEWS 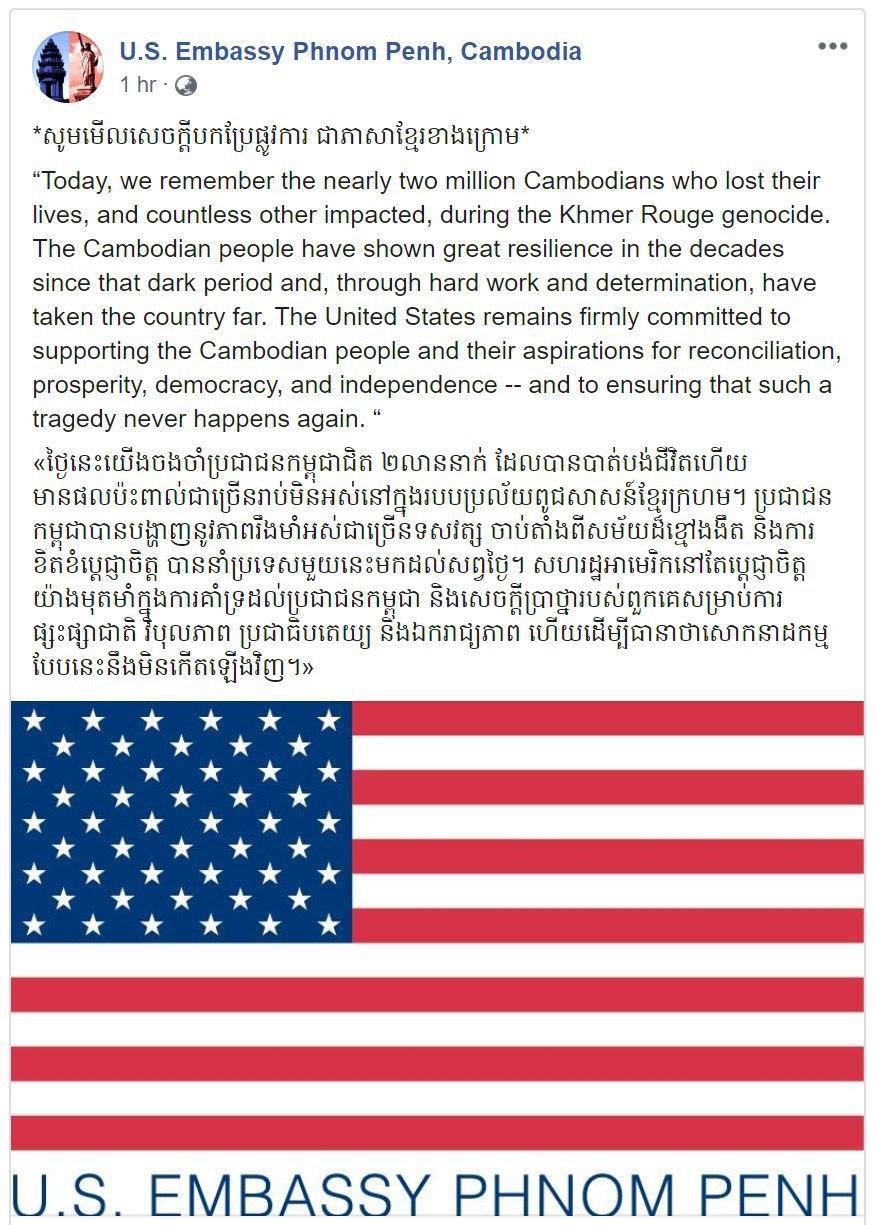