Phnom Penh (FN), Jan. 17 – Tourism is a prioritized sector that the world considers "green gold". Tourism sector has made a significant contribution to socio-economic development by creating employment opportunities and increasing income for the people directly and indirectly. In addition, tourism has boosted exports, supported economic growth, and increased national income. Tourism also contributes to poverty reduction, especially mitigating climate change, which is a global challenge.

Cambodia received USD 4.3 million in revenue in 2018 from tourism sector. Cambodia then received more than 6.2 million international tourists. Among those, Chinese tourists ranked the first with a total figure of 1.9 million, accounting for 30 percent.

“Generally, the good-intention tourists visit Cambodia legally, as they would love to visit Angkor Wat Temple, to seek investments in Phnom Penh, to visit the Royal Palace as well as the National Museum. They also have a new trend, which is eco-tourism. Once they are familiar with the environment, they have contributed to environmental protection. When their money spent on community, the local people will benefit from it then they will work hard to protect the natural resources and culture of their community. We currently see the eco-tourism trend, not only at Angkor Wat, the coastal areas or in Phnom Penh,” stated Minister Thong Khon.

The number of Chinese tourists has not only increased in Cambodia but across the globe and that is because of the large number of Chinese population and their increased income. As predicted, the World Tourism Organization (WTO) estimated that at least 300 million among 1 billion Chinese are able to travel. For instance, in 2019, World Tourism Organization estimate that around 150 million Chinese in 2019.

Cambodia has attracted approximately two million Chinese tourists, out of a total of over 5.2 million international tourists within the 10-month period of 2019 from January to October 2019, an increase of 9.7 percent compared to the same period in 2018. The Tourism Ministry added that about 2.5 million Chinese tourists are expected to visit Cambodia in 2019.

The receptionist must be able to speak Chinese and English and fill in every types of forms other than the native language of each country.

“Chinese tourists spend a great deal and they also need quality and great customer services. If you want to get more Chinese tourists, you have to provide good hospitality and efficient service to Chinese tourists due to its big tourist market. This does not mean that we did not put efforts in other markets, and our policy is to attract tourists from all corners, not just China. It is just that China has big market and we have to ensure Chinese tourists are happy and they spend money in our country,” said Tourism Minister Thong Khon.

According to the minister, tourism sector apart from generating national income each year, tourism has three negative impacts to the world, including drug, crime, and sex trafficking. But what Cambodia can do is strengthening the Kingdom’s existing laws and her Code of Conduct for the tourists visiting Cambodia.

"Tourism always bring both positive and negative effects; it happens everywhere, not only with the Chinese; the important thing is laws. The Chinese Ambassador to Cambodia also informed Chinese tourists that while in Cambodia, they must comply with Cambodian laws. Therefore, we put much effort in this work; our authority in Sihanoukville monitor and enforce strict law. There is also support from the Chinese Embassy, from the Chinese Government. This is the thing we cannot overlook, any visitor must abide our laws,” said tourism minister.

“The Chinese side also educated their people to respect the laws of our country. And we must make every effort to put apply the Code of Conduct to all targets. We work hard, we must strictly manage by laws without hesitation,” he continued.

On behalf of the Chinese Embassy in Cambodia, Ambassador Wang Wentian hoped the Chinese tourists visit Cambodia with dignity and respect to the norms and traditions of the host country and hoped that Chinese tourists will to play a role as “Friendly Agent” in order to promote cultural and people-to-people ties between both countries, aimed at creating “Chinese Name Cards”, consisting of mutual dignity and self-esteem, creating “Beautiful Image of China”, speaking on 28 August 2019 at Phnom Penh Airport during a ceremony to release guidelines “Compass for Chinese People to Cambodia” to Chinese tourists.

Ambassador also encouraged more Chinese tourists and investors to visit Cambodia, and pushed them to abide laws, customs, and traditions of the Kingdom of Cambodia in order to become a friendship envoy between China and Cambodia.

The Chinese Embassy also set out a policy to attract 3 million Chinese tourists to Cambodia in 2020. The number of international tourists, all nationalities, and especially Chinese tourists makes the Cambodian people in tourism sector feel delighted.

Yarng Yin, a vendor at Ochheuteal Beach, said she has been selling food and drinks here for 10 years. Her sale has increased due to a huge consumption from the Chinese in Sihanoukville, contributing to her family income. She wishes for more Chinese tourists to the province.

“Our sale increases when the Chinese arrives. The Chinese buy more than Cambodians do,” said Yarng Yin.

“Indeed, tourism is an important part of national economic development as well as contributing to the preservation of natural and cultural resources. Even though with negative effects of tourism sector, if our country could implement laws effectively, our country will be able to take advantage of tourism,” said Tourism Minister Thong Khon.

Thong Khon said, “Tourism contributes greatly to people's incomes, as well as the macroeconomic. Tourism has a very positive impact, but if we cannot manage it well, this sector can also negatively affect social culture. In this sense, tourism brings both positive and negative impacts. The positive thing is that a culture at a particular place could not grow without tourism and when tourists visit a community, people will strive to preserve their culture, develop their community, so their culture preserved.”

According to a report from the World Tourism Organization, China's economic growth and large population make China the world's largest tourist market; therefore, all countries should not overlook or lack preparations to attract huge numbers of Chinese tourists. 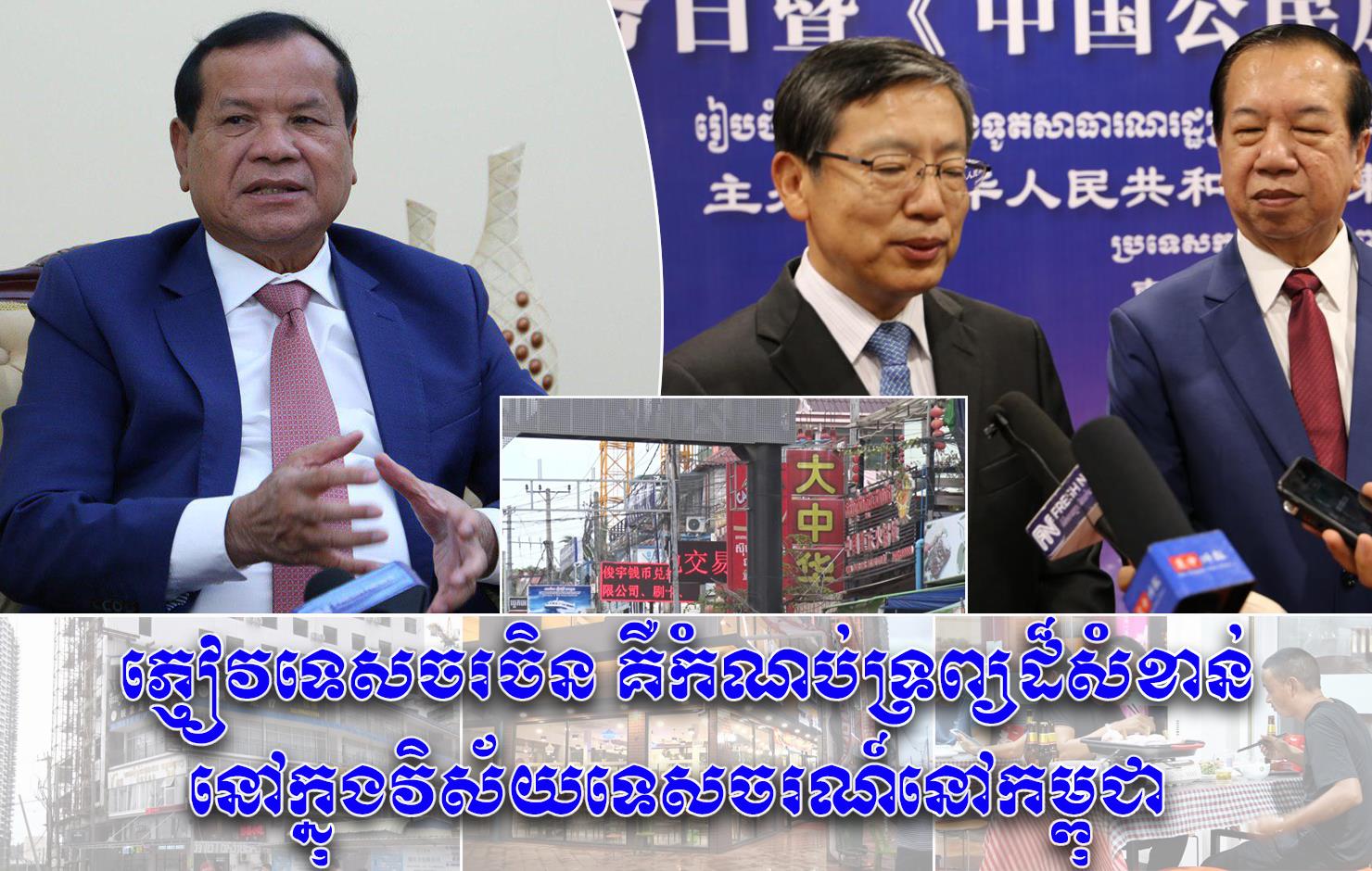 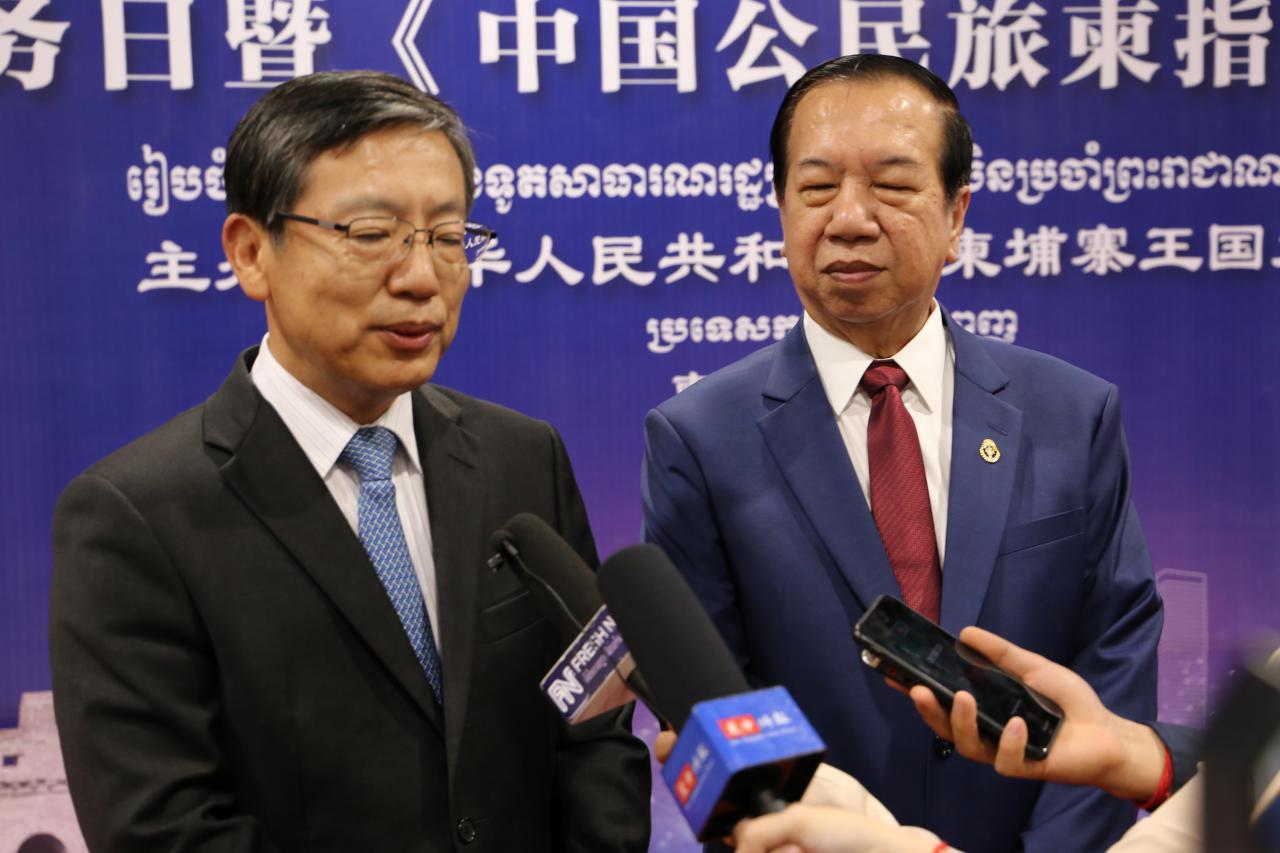 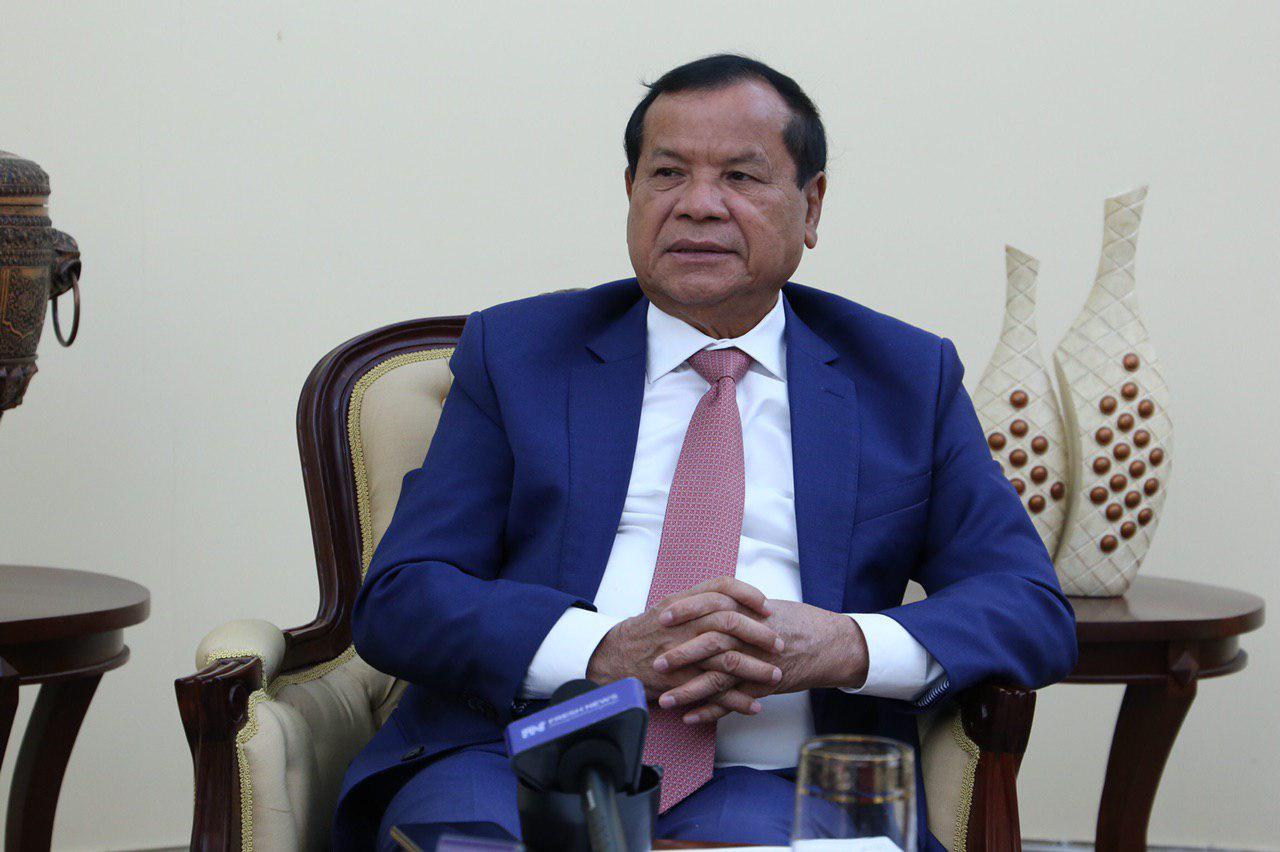 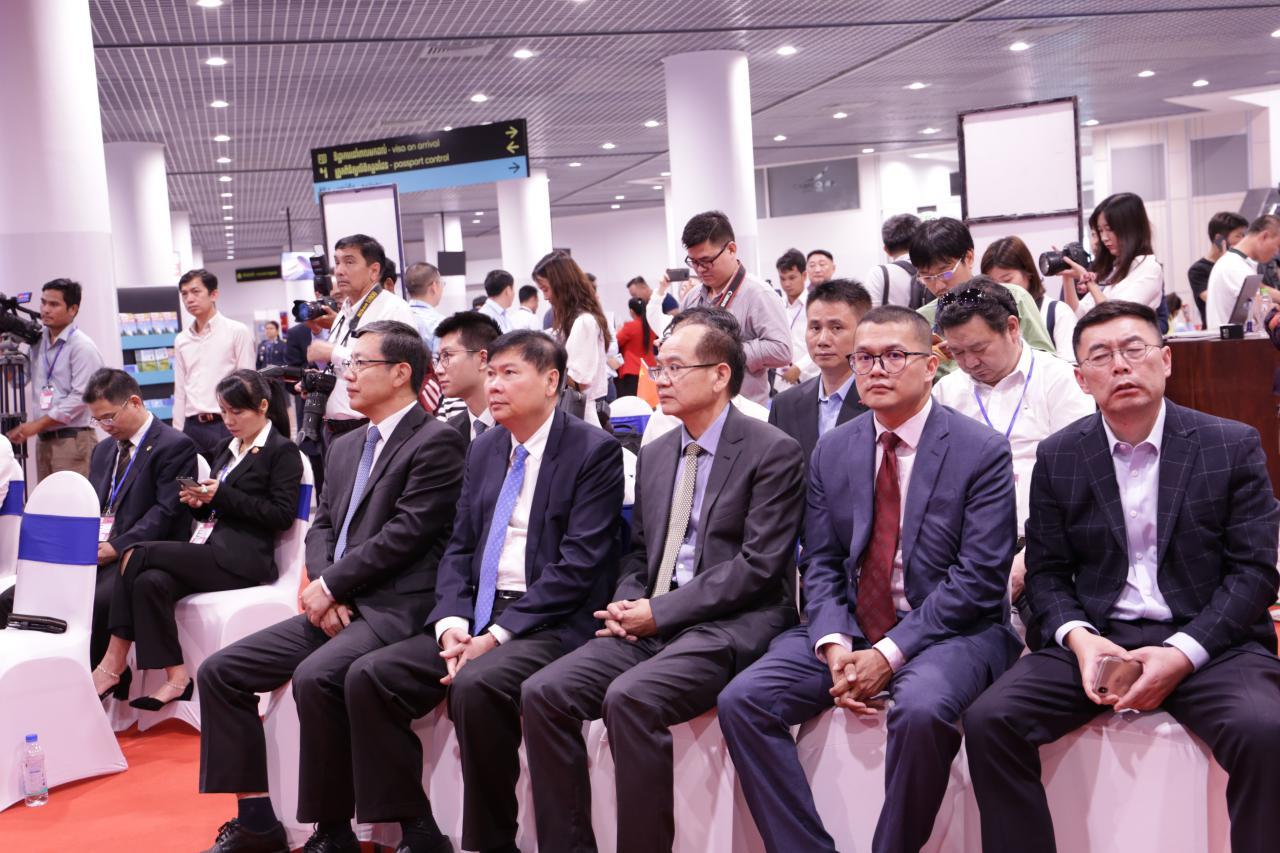 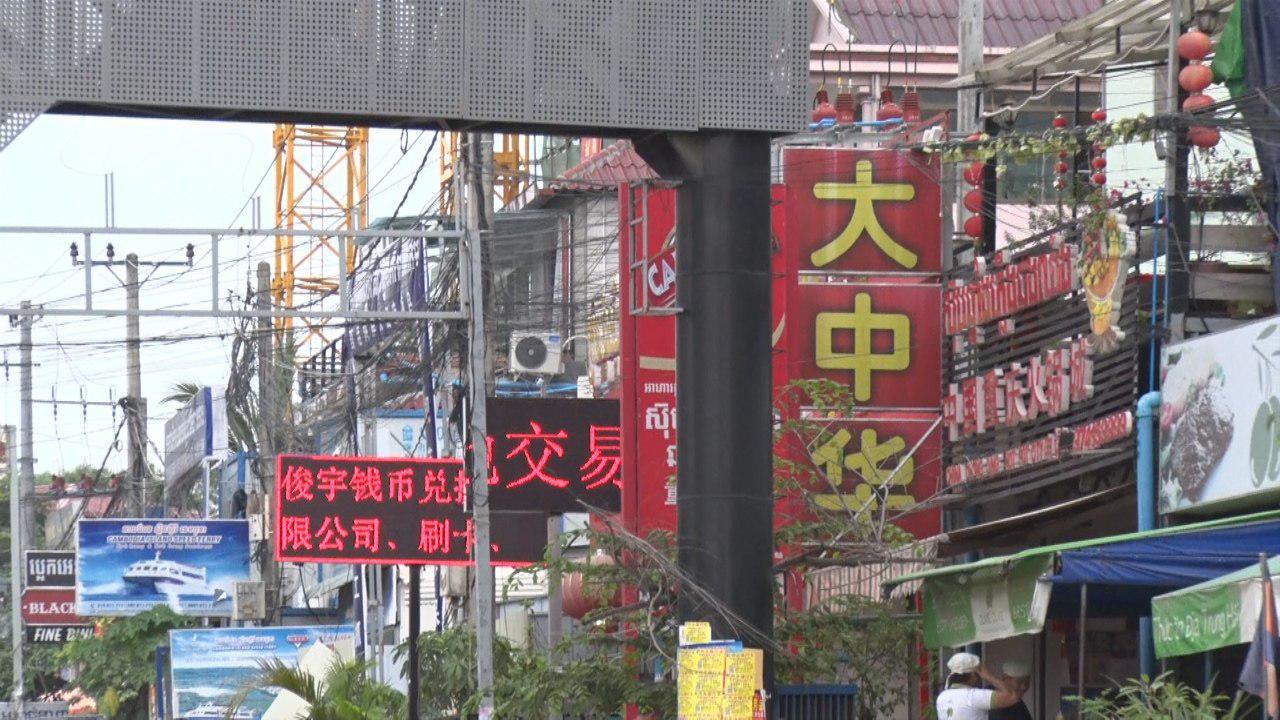 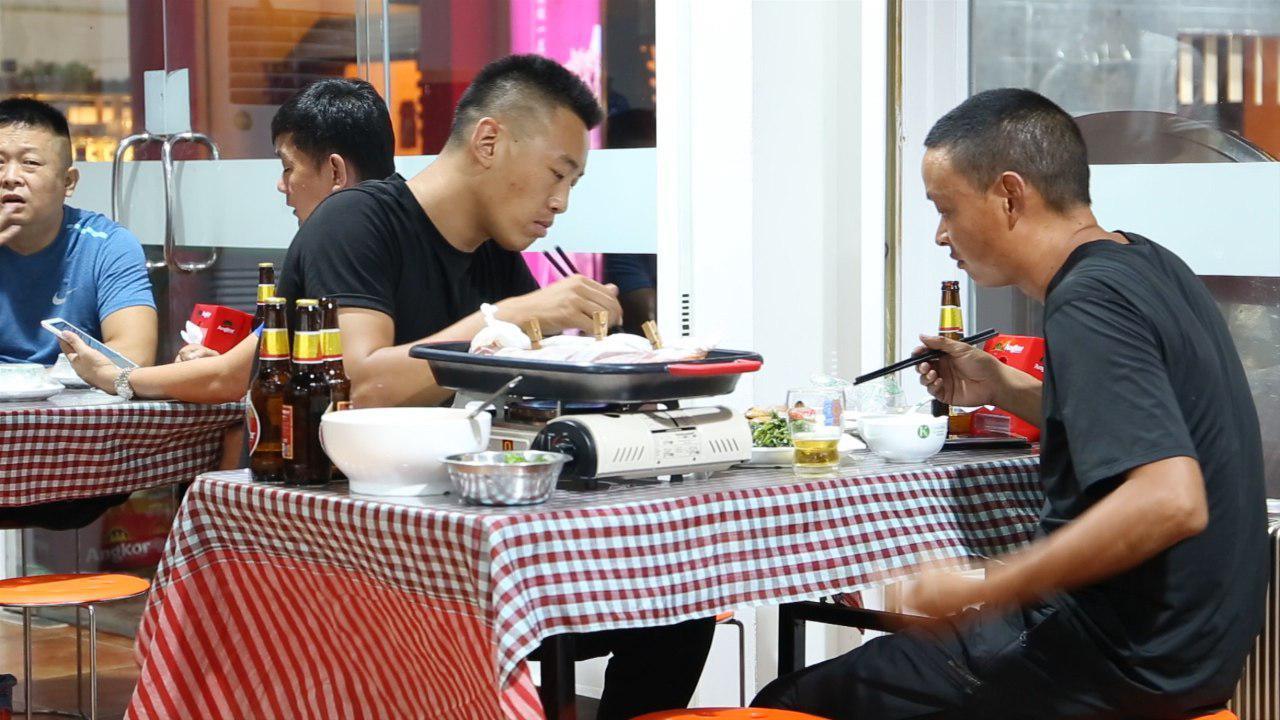 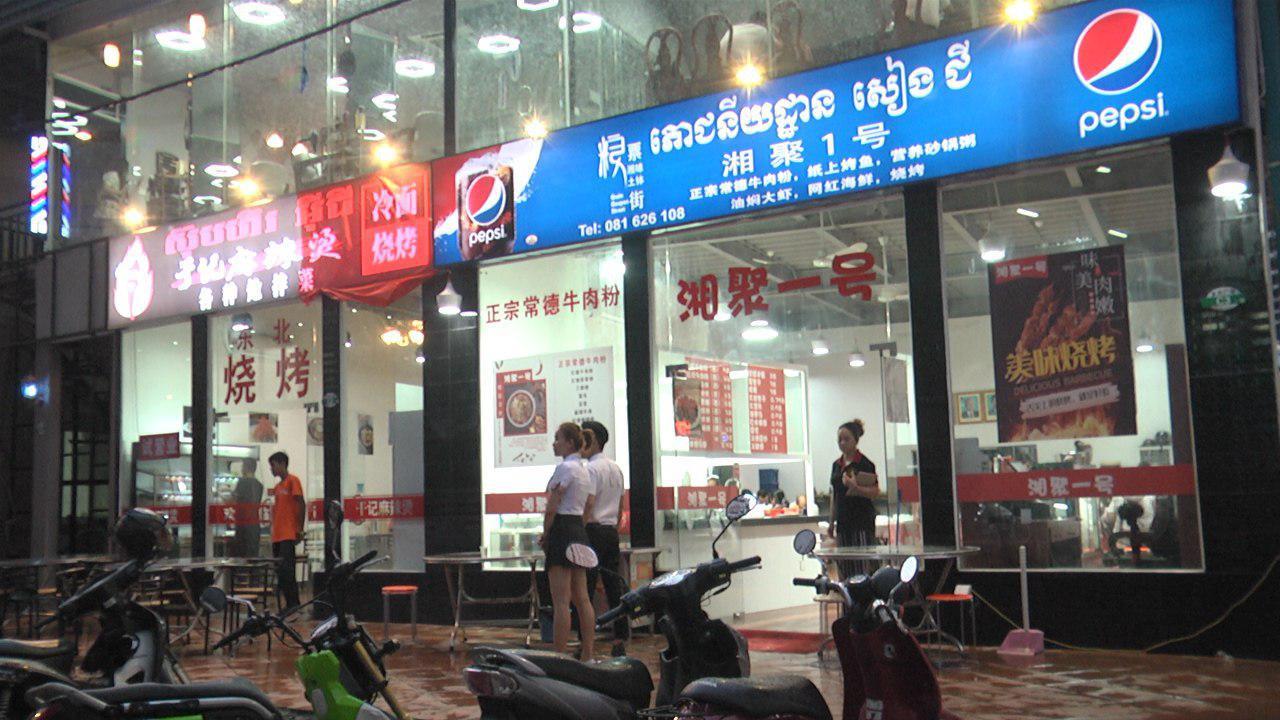 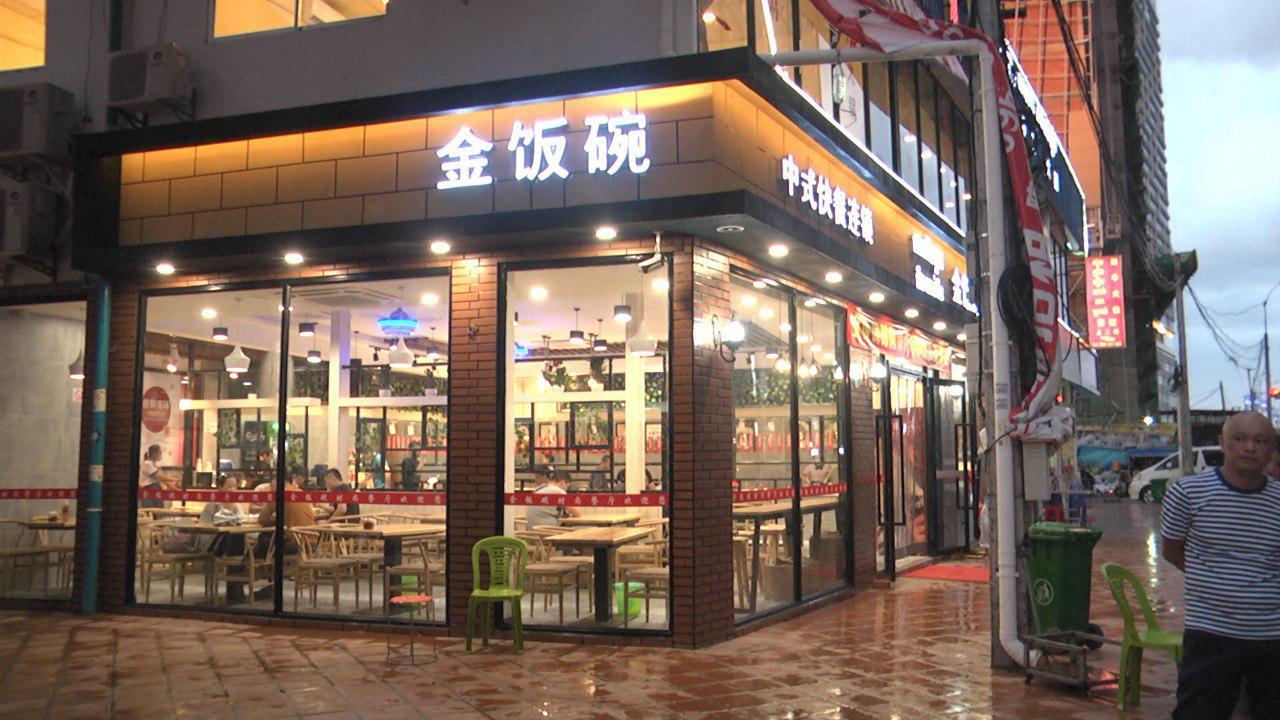 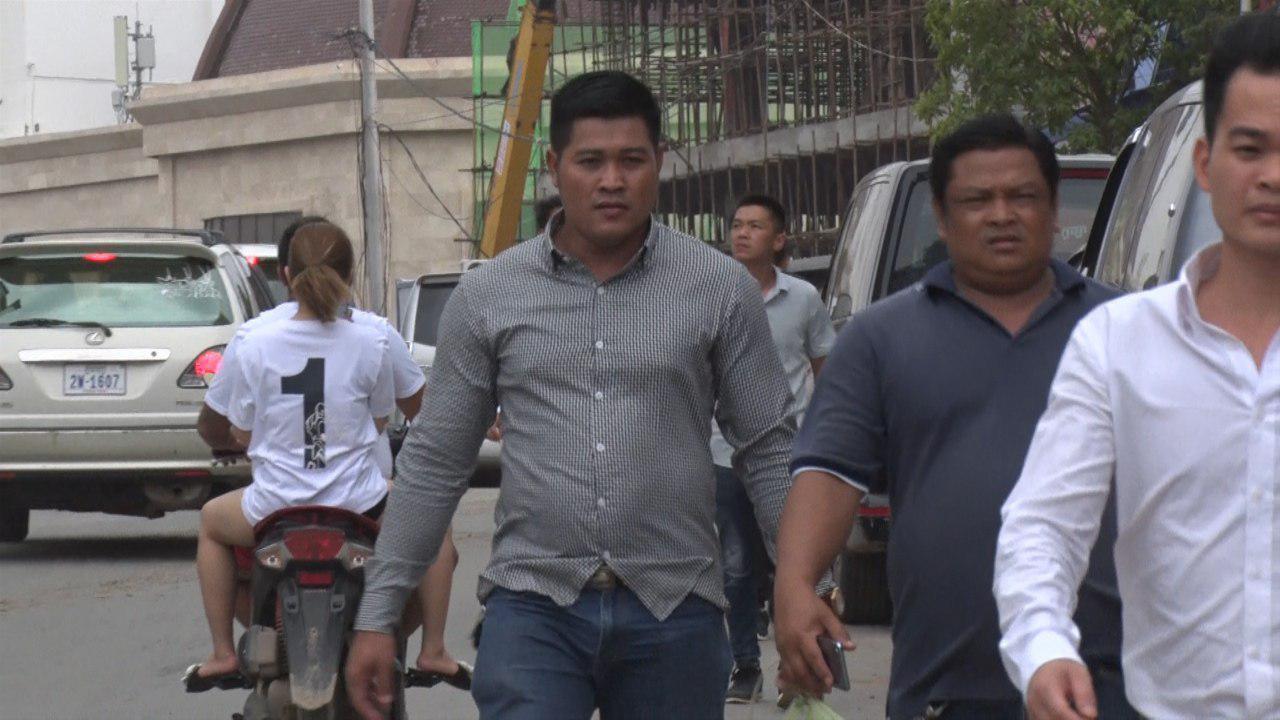