"I'm very pleased to meet him, especially after the disappointment of missing out on seeing him in Busan last year,” the president wrote.

"Prime Minister Hun Sen was the first leader to propose the idea of holding a Korea-Mekong Summit. Thanks to his proposal, we were able to successfully host the Korea-ASEAN Commemorative Summit and the inaugural Korea-Mekong Summit in Busan in November last year,” he added.

President Moon would like to express his gratitude to Prime Minister Hun Sen for being a staunch supporter of the peace process on the Korean Peninsula.

"Just like the Cambodian movie 'Champa Battambang' that was screened during the ASEAN Film Festival in Busan last year, Korea and Cambodia share a common history of overcoming pain and achieving national development,” Moon underlined, adding that “we once again reaffirmed our unwavering friendship.”

President Moon would like to wish the Prime Minister's mother-in-law a speedy recovery and would also like to convey his warmest regards to Mrs. Bun Rany Hun Sen, who must have been going through the hardest time.
=FRESH NEWS 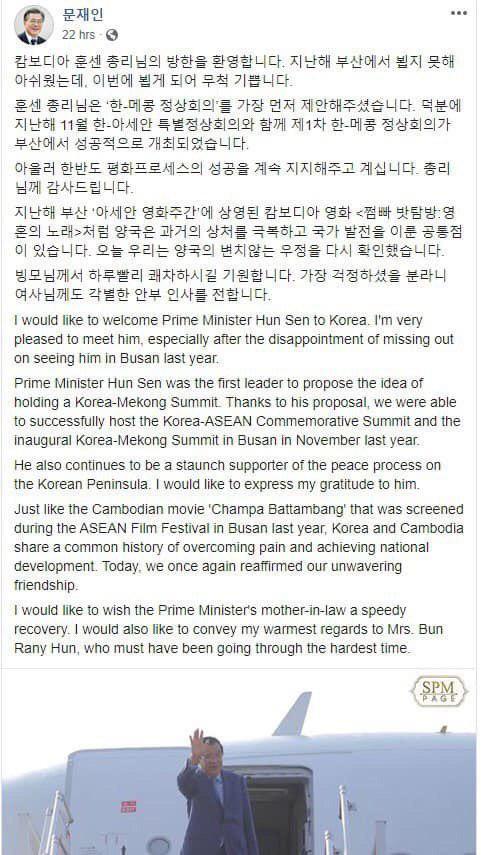