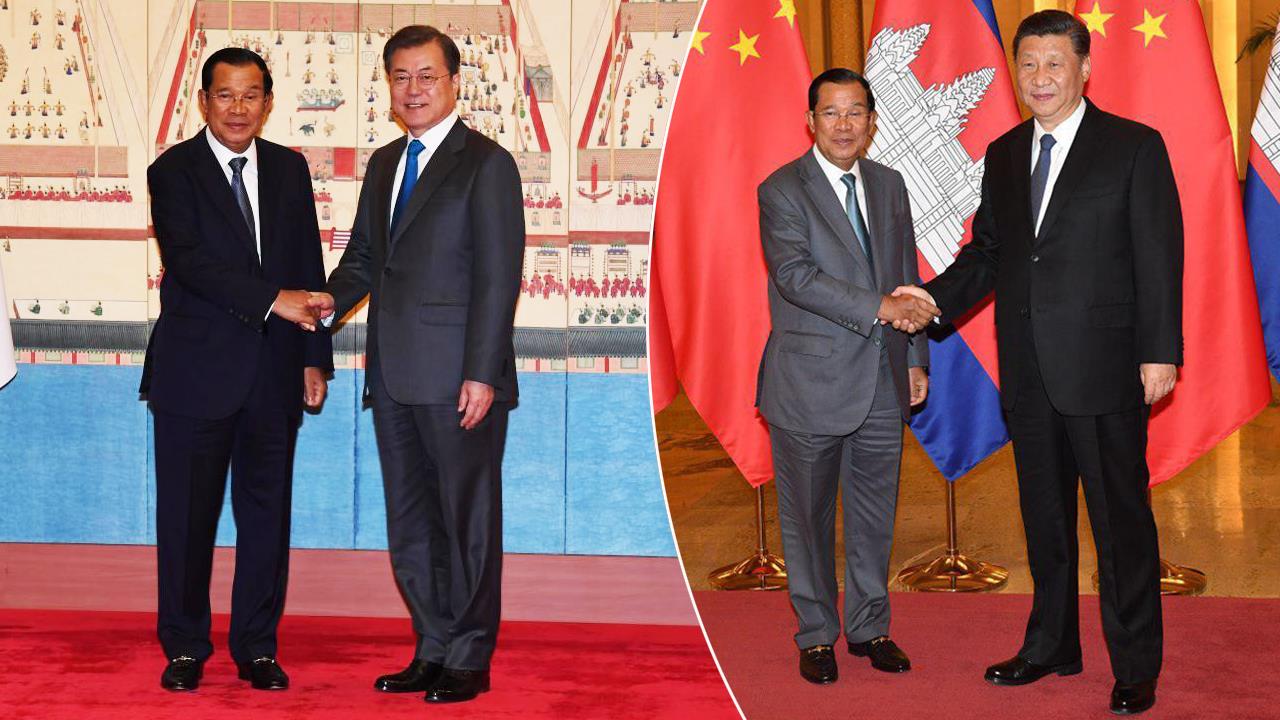 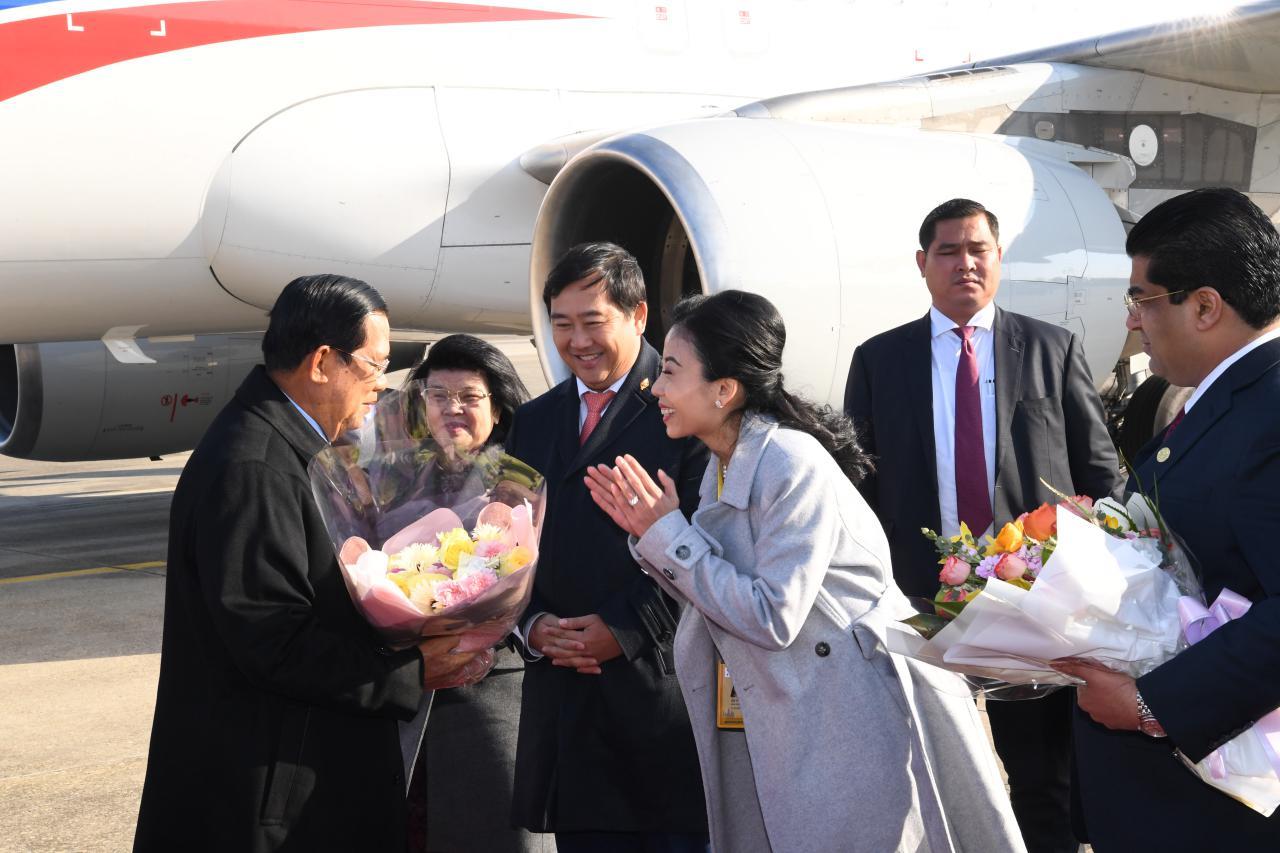 Prime Minister Hun Sen was warmly welcomed by senior officials of South Korea, Cambodian Ambassador to South Korea Long Dimanche, members of the Cambodian community, students and workers who are residing and working in the ROK. In a meeting with Cambodian citizens in South Korea on 3 February, the premier announced that he will visit Cambodian students in Wuhan, China's Hubei Province if the Chinese Government allows. In response, Foreign Affairs Ministry of China confirmed on 4 February that the Chinese side could not arrange a visit of Cambodian Prime Minister Hun Sen to Wuhan due to the severity of coronavirus outbreak. 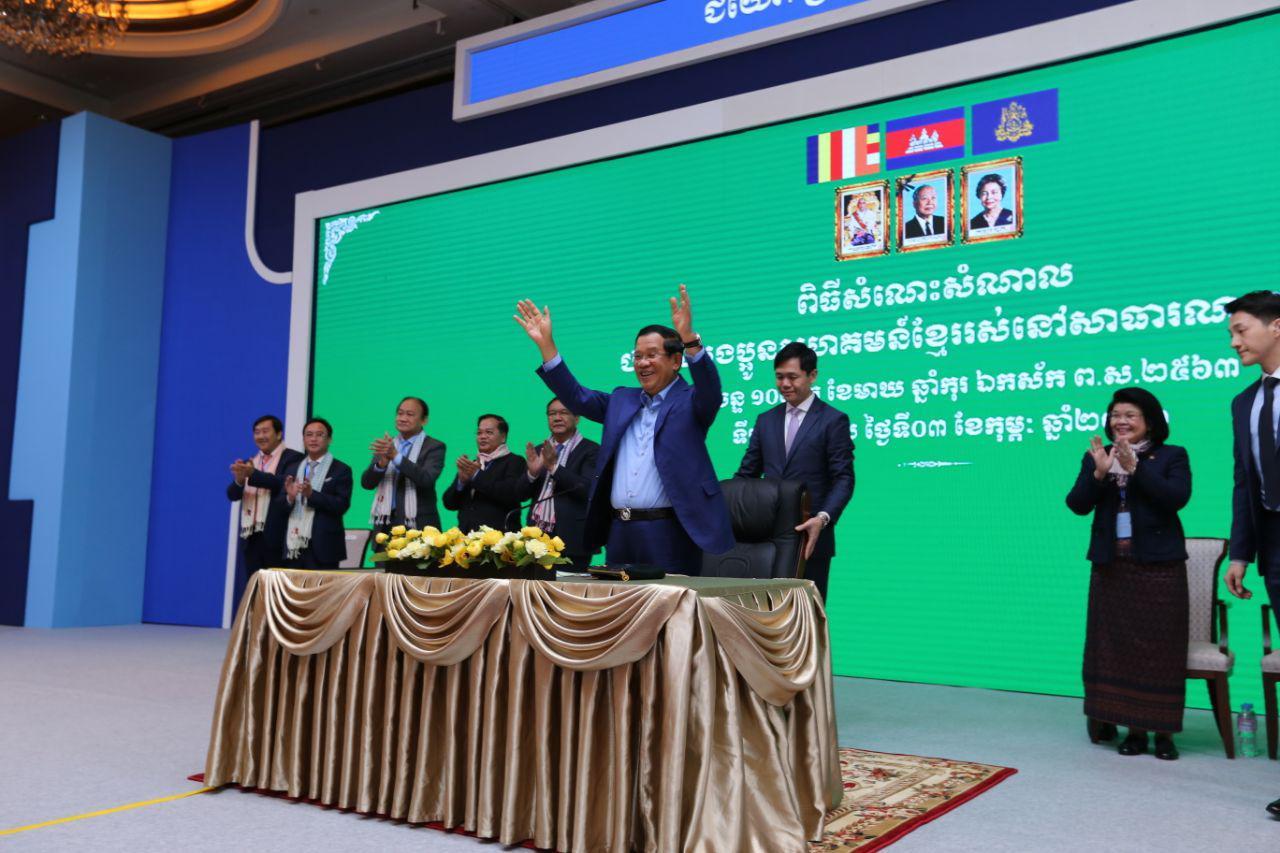 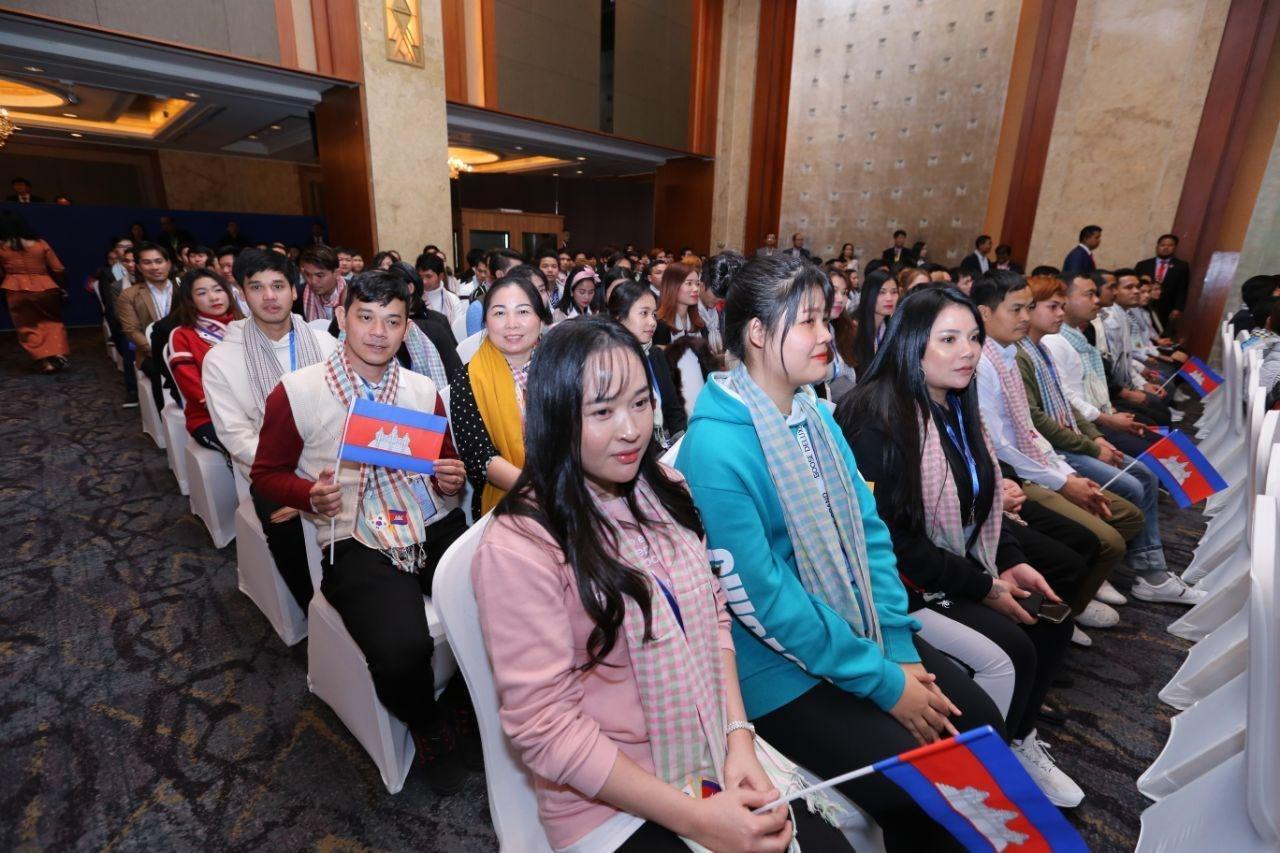 The diplomatic relation has ushered in a period of remarkable growth in the bilateral ties across the full range of political, economic, development and cultural cooperation. Cambodia-South Korea trade volume reached 1.032 million US dollars, of which 335 million were from exports from Cambodia to Korea and 696 were from imports. The trade imbalance is due to Cambodia’s growing demand for imports from Korea. 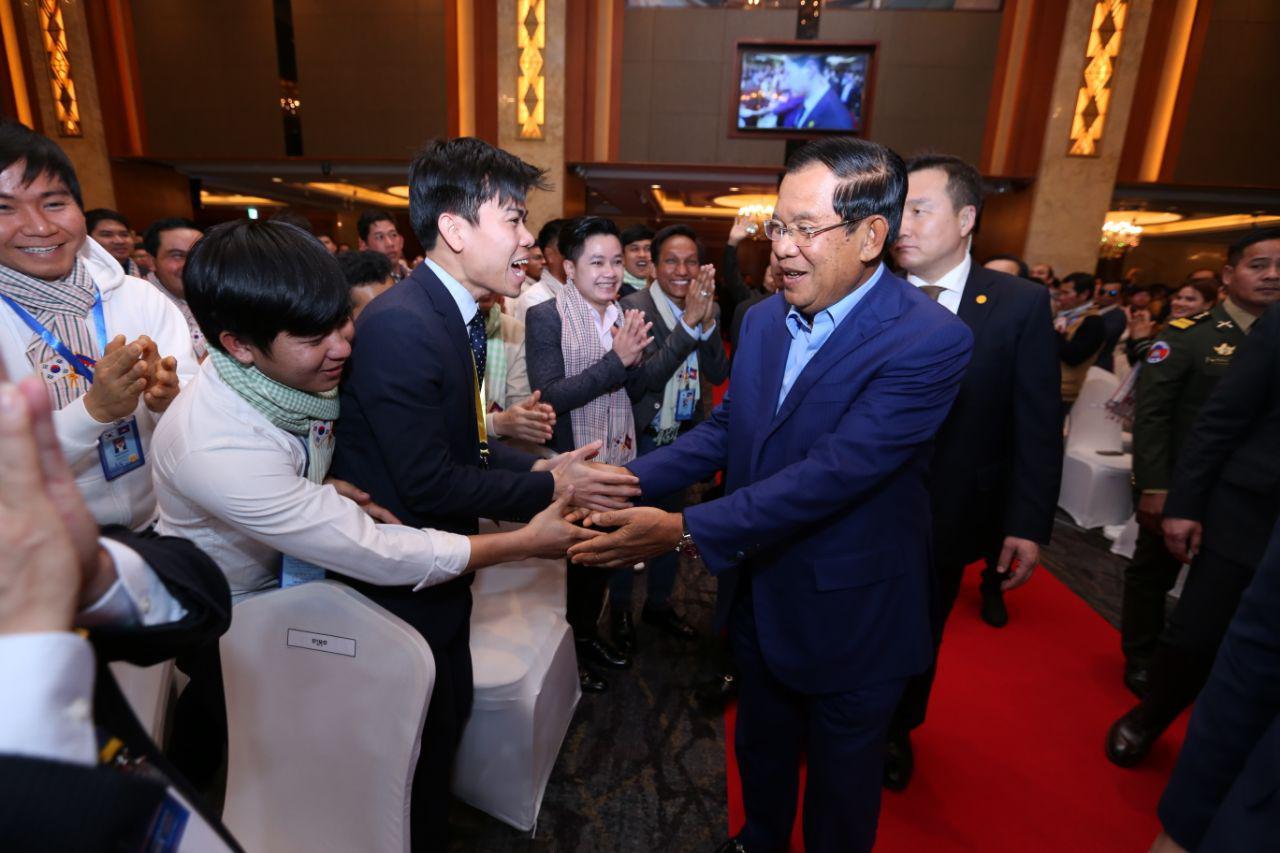 Prime Minister Hun Sen declared that was a successful man to build good relations with Koreas. “I would be disappointed and a failure if Cambodia-South Korea relations would make the North mad and led to the stagnant of economy and trade. Today I can proudly say I am a successful man in Korean politics,” the premier said. 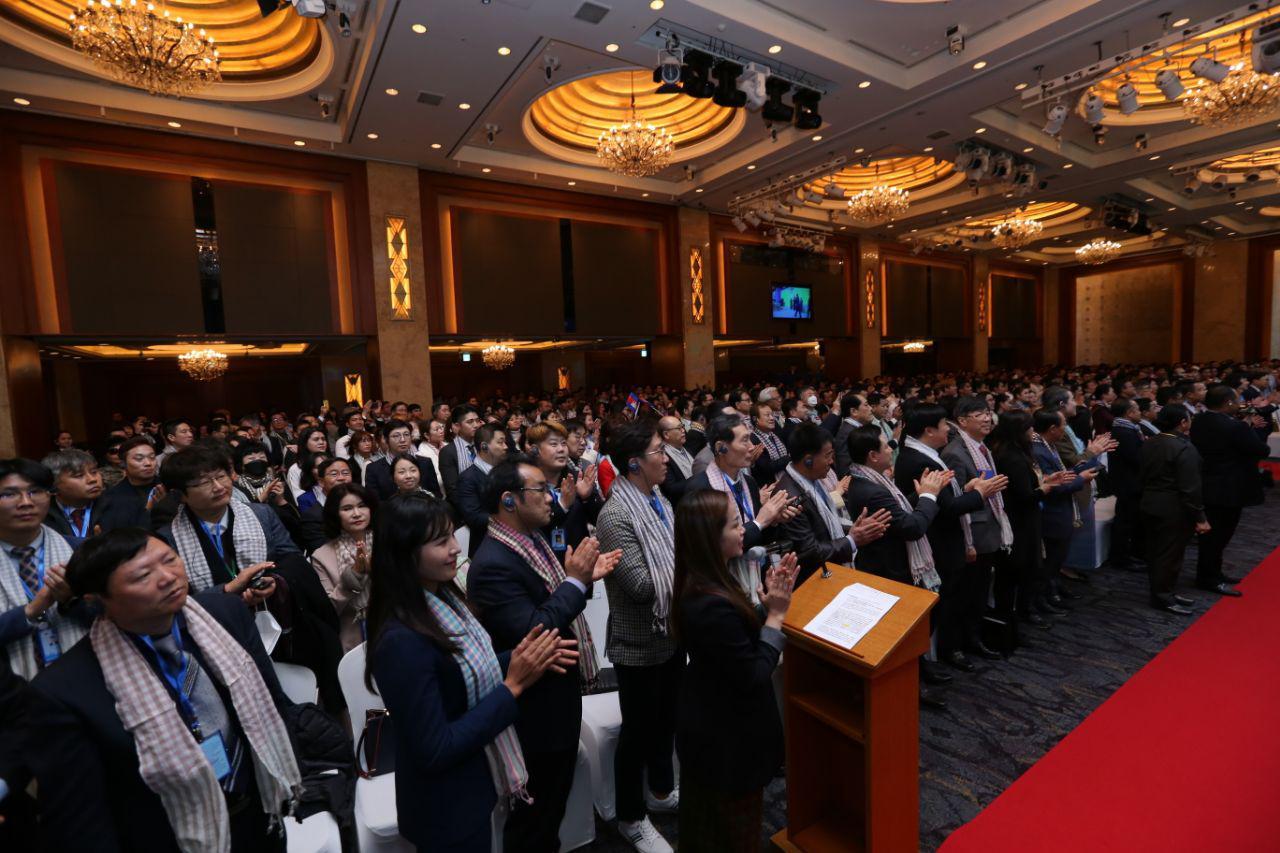 On 4 February 2020, Head of the Royal Government of Cambodia met with Hak Ja Han. Moon, Founder of the Universal Peace Federation, and they had discussed the emerging disease. Prime Minister said that the spread of Coronavirus is not just a problem for China, but a global problem that must be addressed. 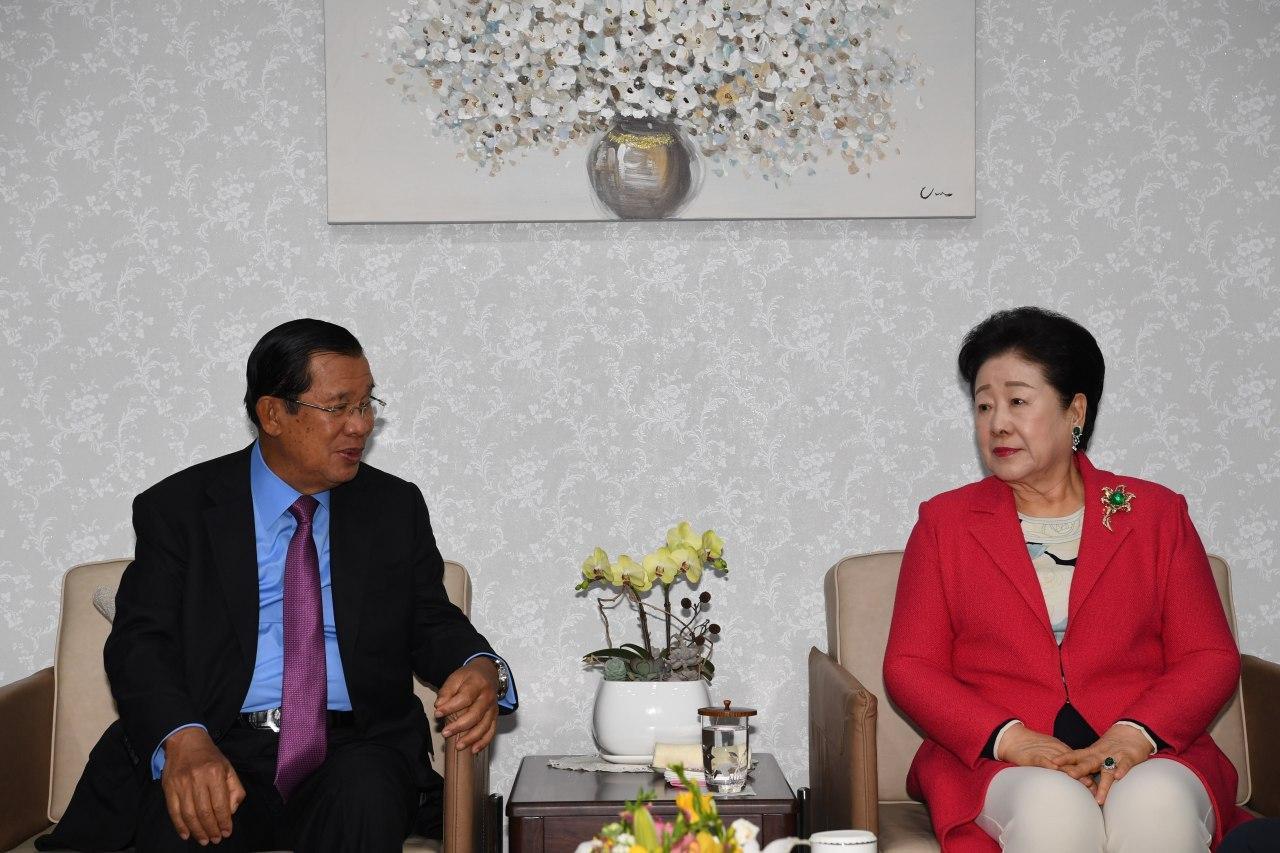 After the meeting, the premier attended the World Summit 2020 of the World Peace Organization (UPF) on peace, security and human development. The summit kicked off by a welcome remark from former UN Secretary-General Ban Ki-moon, from the Vice President of the National Assembly, from the founders of the Universal Peace Organization, and other leaders. Samdech also had the opportunity to deliver some keynote speeches during the event. Premier Hun Sen shared four recommendations to enhance peace, security and human development as follows: First, continue to promote multilateral system and rule-based international orders with the aim of further strengthening and broadening cooperation so as to fully secure peace, security, safety and stability, through promoting close dialogues, building trust as well as resolving regional challenges with peaceful means based on international laws. Second, promote culture of interfaith dialogues in order to build mutual understanding, respect, trust and tolerance, as well as strictly adhering to the principle of non-interference with other countries’ internal affairs as meddling in others’ affairs would always bring about destruction and disasters to the development of the country. Third, enhance cooperation to further promote globalization: ensure openness for cooperation mechanism and support the multilateral trade system, especially accelerate the connectivity between our societies and economies so as to promote the implementation of each country development agenda and achieve sustainable and inclusive development. Fourth, foster development through people-centric approach, especially for the development and strengthening of social protection system such as the enhancement of quality education, improvement of people well-beings, the reduction of poverty and narrowing of development gap in accordance with steady and rapid changes of socio-economic structure. 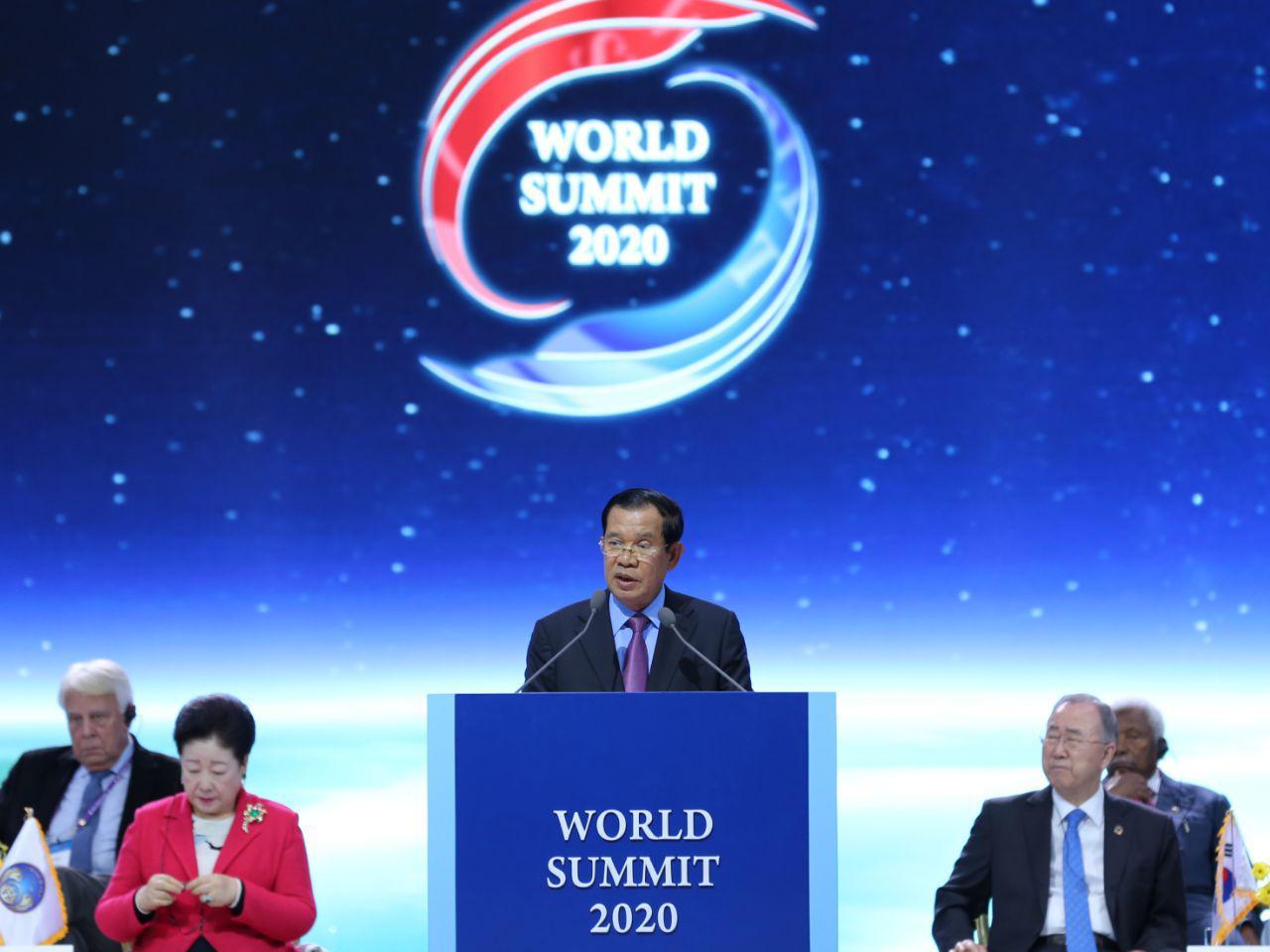 “For Cambodia, a country that used to experience wars and destructions, peace is definitely priceless,” said Cambodia’s Strongman Hun Sen. “The building and maintaining of peace is priceless; and peace is the foundation for socio-economic development as well as the strengthening of security and human development,” he underlined. 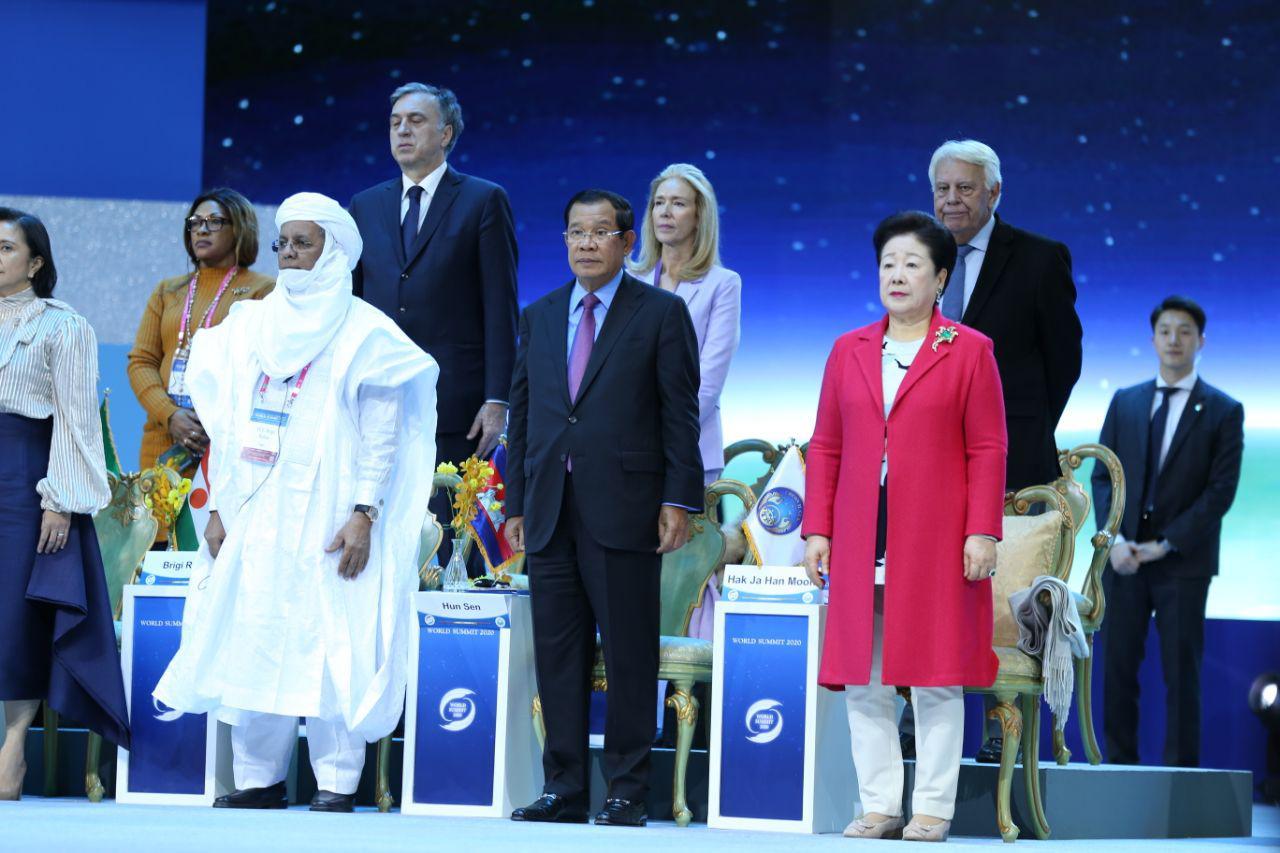 In the afternoon of 4 February, Cambodian Prime Minister Hun Sen met with South Korean President Moon Jae-In. Cambodia-South Korea diplomatic relation has ushered in a period of remarkable growth in the bilateral ties across the full range of political, economic, development and cultural cooperation. 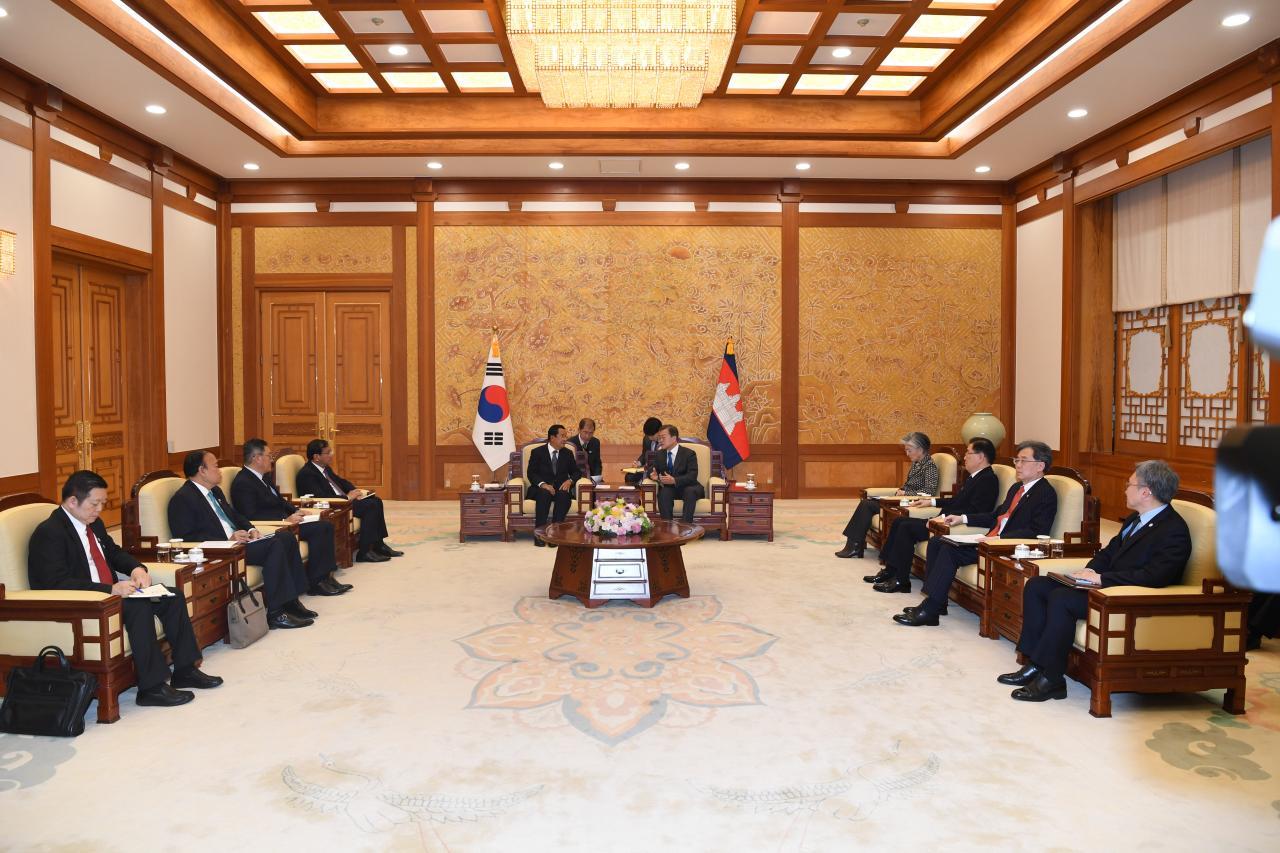 President of the Republic of Korea Moon Jae-in pledged to send more Korean investors to invest in the Kingdom, especially in infrastructure. Both leaders noted the great improvement of relations and cooperation between the two countries. The premier also requested President Moon to open bigger markets for Cambodian products, especially agricultural products. 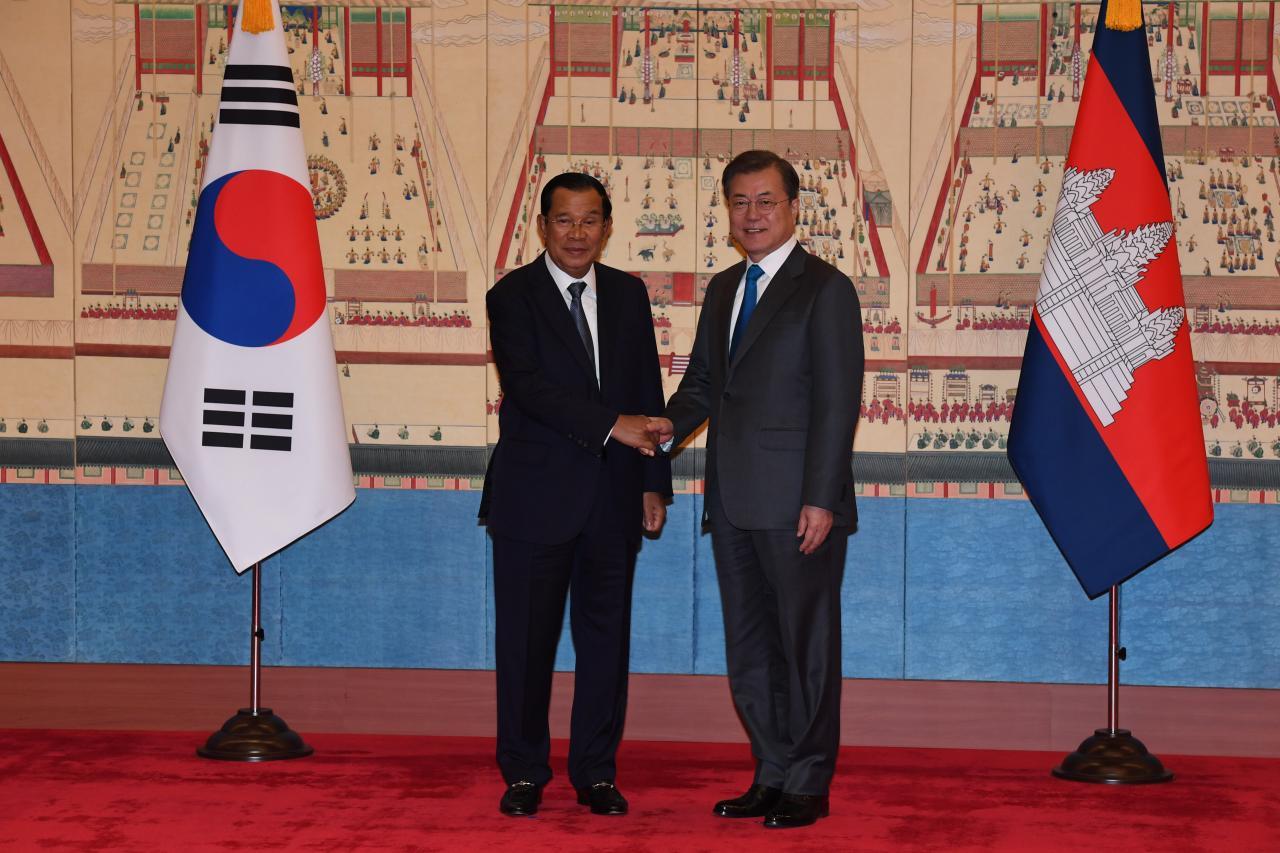 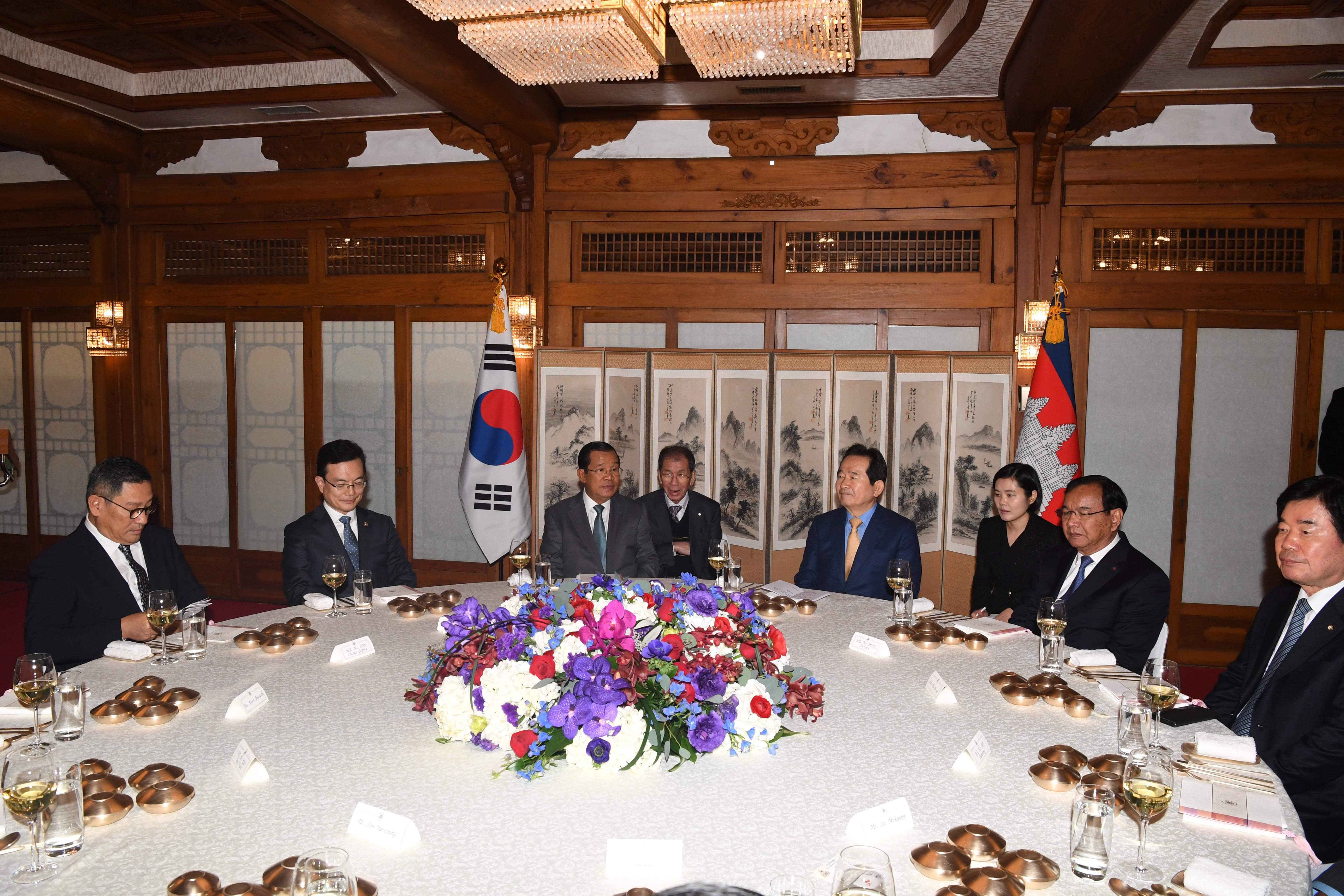 On 5 February, at 1:50 p.m time in Seoul, 11:50 a.m in Phnom Penh, Cambodian Prime Minister Hun Sen departed Seoul, the Republic of Korea, paid a working visit to Beijing, the People’s Republic of China, at the invitation of Chinese Premier Li Keqiang. Cambodian premier landed in Beijing safe at 3:50 p.m on 5 February 2020, making him the first world's leader visiting China amid coronavirus outbreak. Premier Hun Sen had a meeting with Premier Li at 5:15 p.m to discuss bilateral cooperation in various fields and exchange views on existing coronavirus epidemic as well as issues of common interest; and pay a courtesy call on His Excellency Xi Jinping, President of the People’s Republic of China at 6:00 p.m. In a meeting with Chinese Premier Li Keqiang, on Wednesday evening, Prime Minister Hun Sen confirmed that his working visit to China aims to exchange views on existing coronavirus epidemic as well as supporting China in battling the virus outbreak. Chinese Premier Li Keqiang expressed confidence that the Chinese Government and People will win the battle against coronavirus. In response, Cambodian premier reassured that the challenging issue is not coronavirus itself, but a psychological war provoking fear of pandemic. 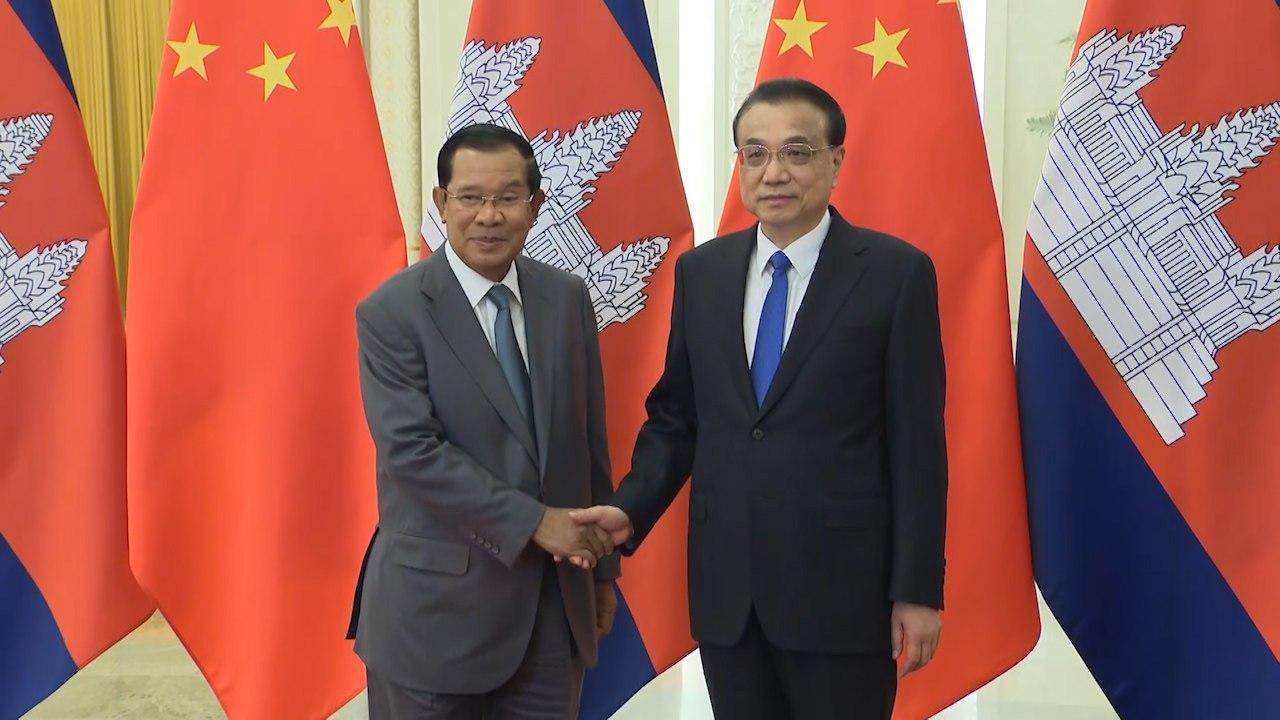 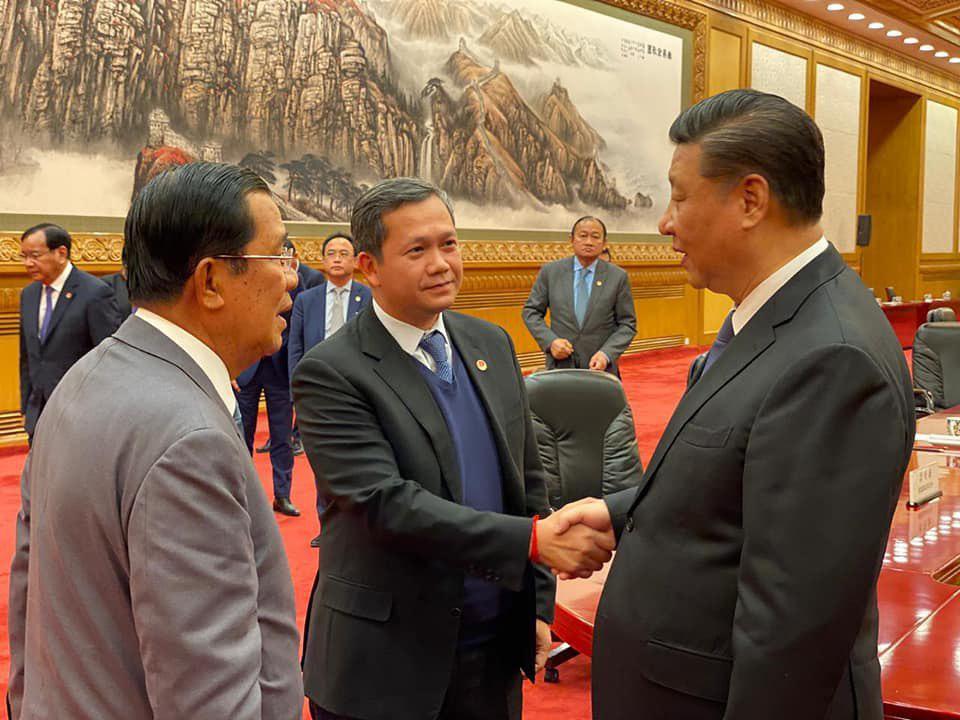 In a meeting with President Xi Jinping, the Strongman told President Xi that he paid a working visit to Beijing for three critical reasons. First, to extend comfort and solidarity to the Chinese Government and People during the difficult time; second, to build confidence for and encourage Cambodian people living in China to fight beside the host; and third, to send message that the challenging issue is not coronavirus itself, but a psychological war on fear of epidemics. 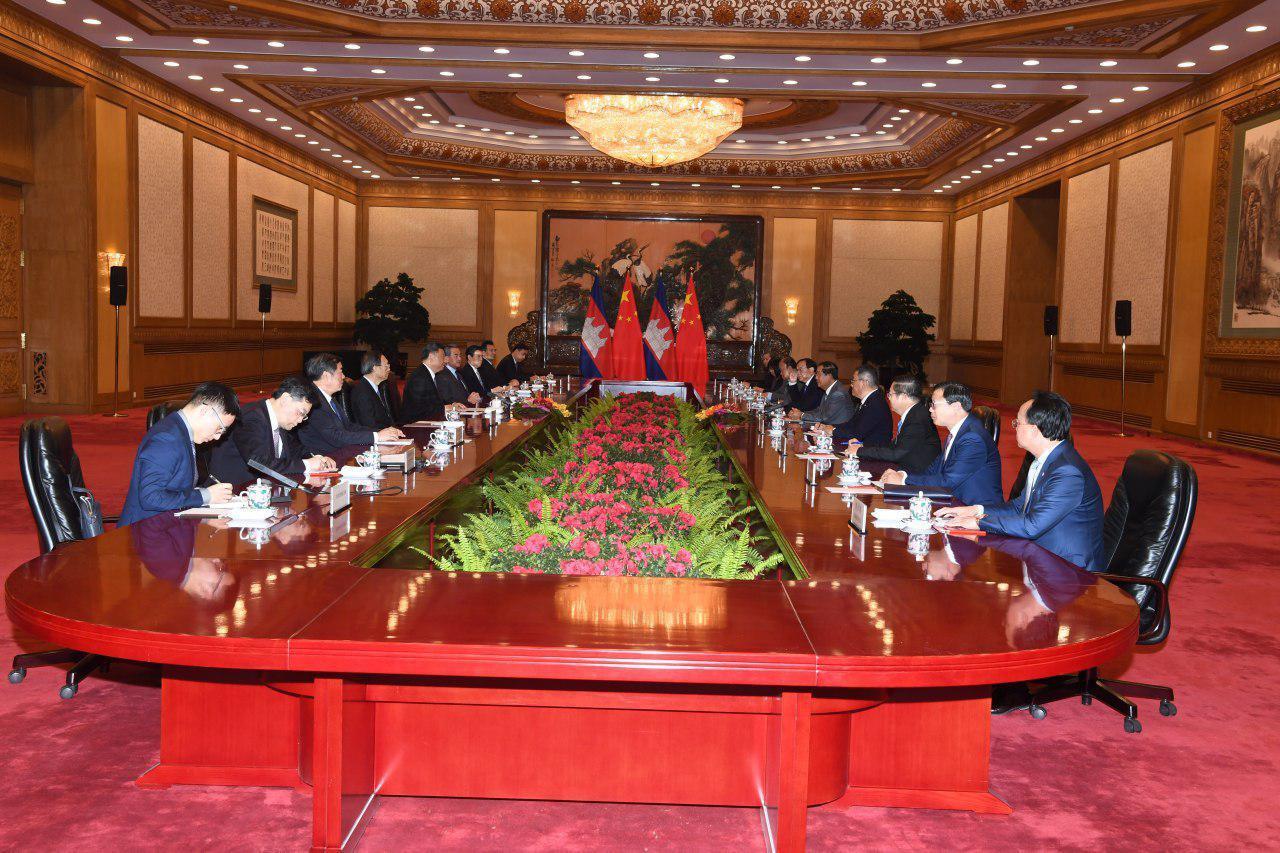 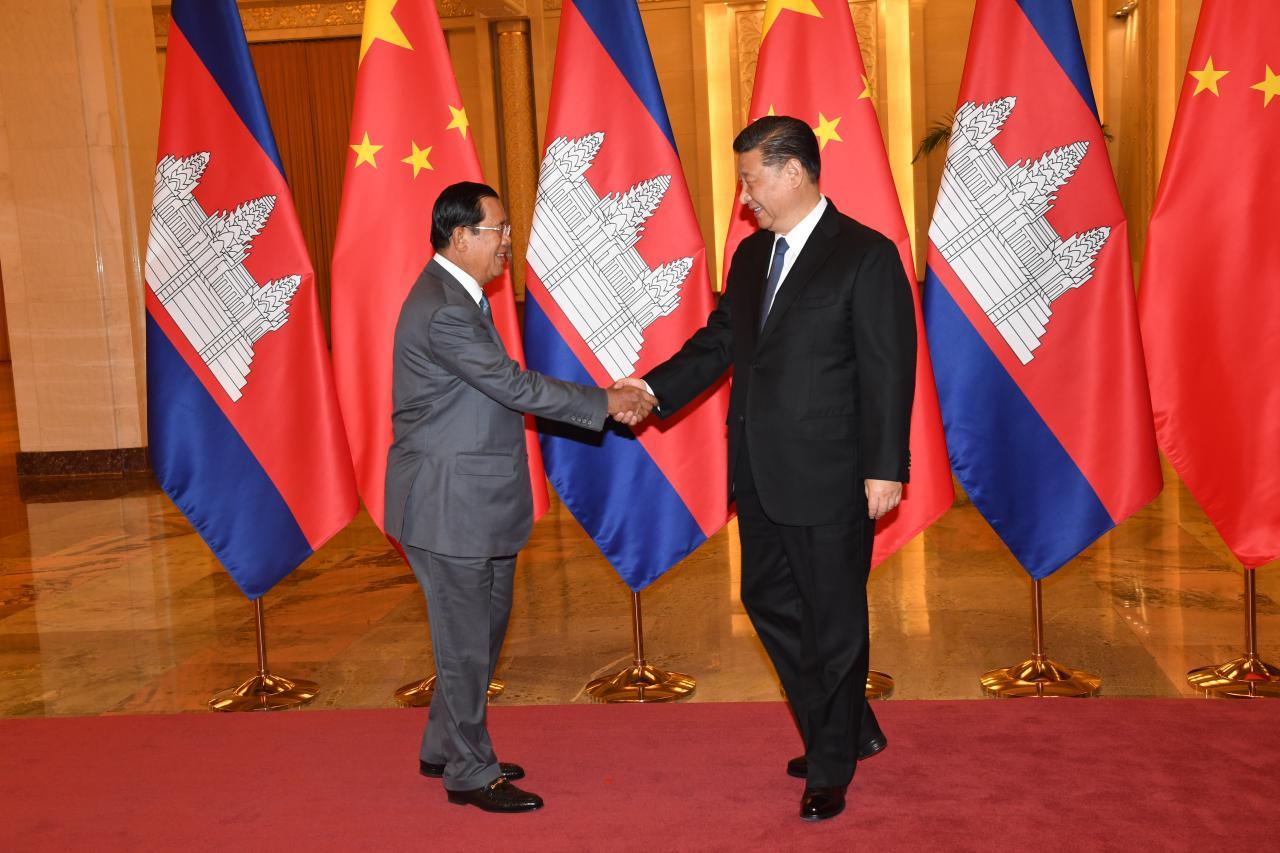 The Chinese president stressed that fear is a big issue, while in fact the rate of pneumonia caused by the coronavirus is extremely low compared to other diseases. The president informed Prime Minister Hun Sen that according to the study, the disease is treatable and that some patients have been cured and some are recovering well. The president claimed that the Chinese government had faith in the ability to combat with the disease. 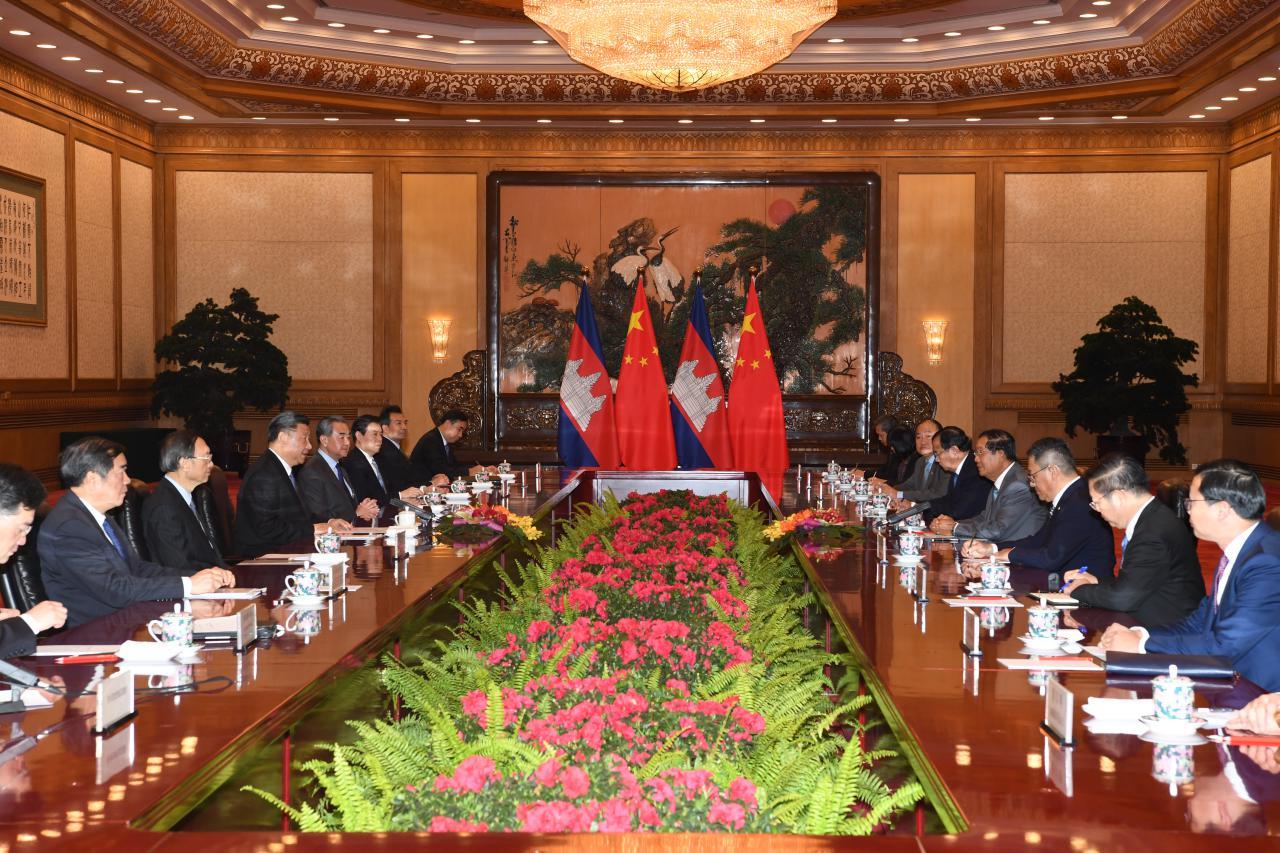 President Xi Jinping expressed his unwavering thanks to the deep loyalty of Samdech Techo Hun Sen and the Cambodian people to the Chinese government and people. The president was very grateful for the strong support. Chinese President Xi Jinping confirmed that the Chinese government will send investors and provide development assistance to Cambodia, especially for Sihanoukville province, following the closure of online gambling. The president said he supports free trade talks between the two countries and must speed up the preparation of the agreements as soon as possible. 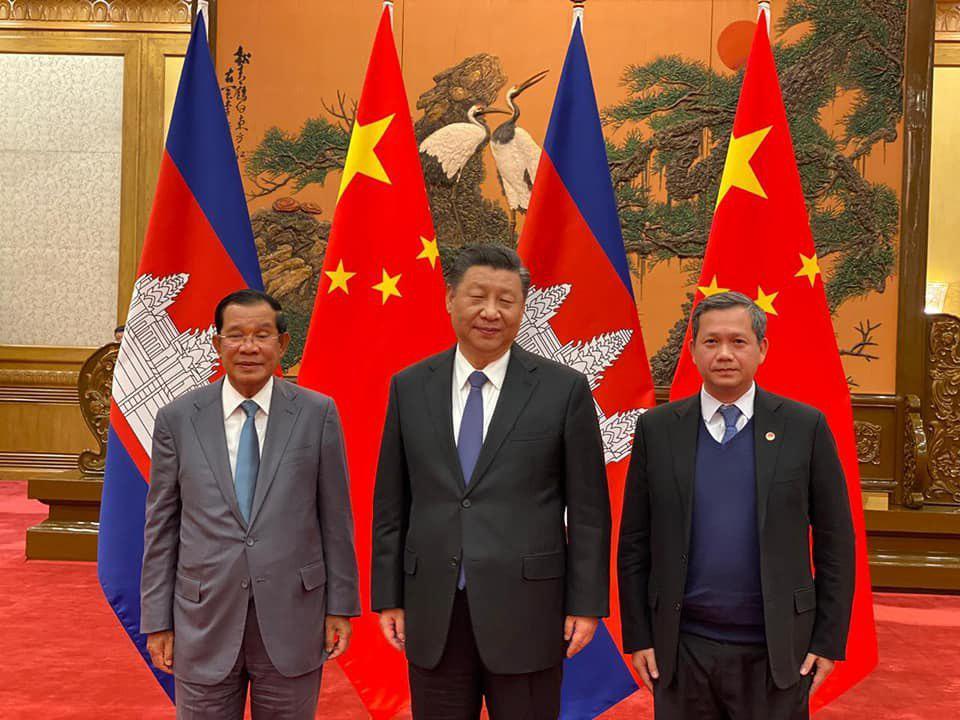 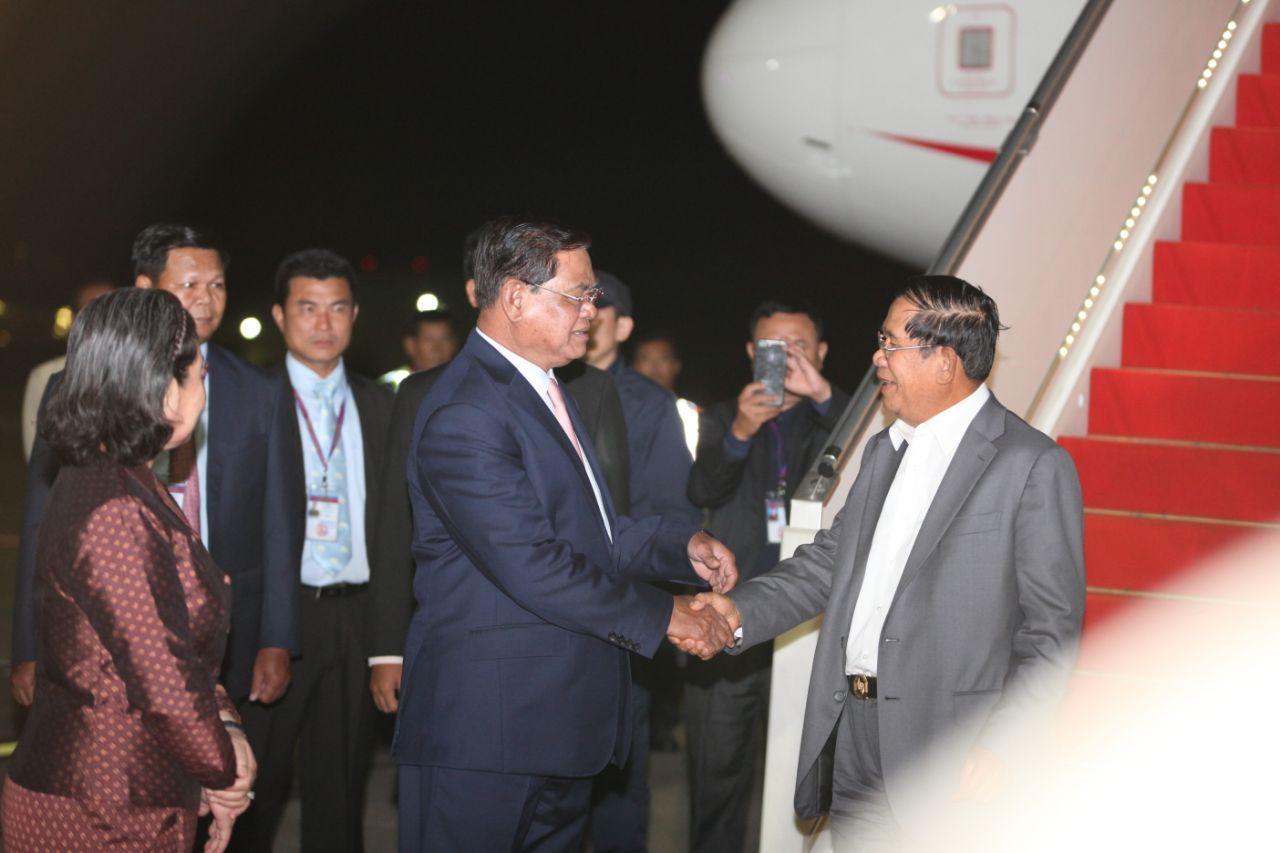