Phnom Pehn (FN), Feb. 13 – What Cambodian people and the world have been long waiting for in relation to the country’s fate on preferential EBA trade scheme has been officially announced on 12 February 2020 by the EU Commission - with the commission deciding to partially suspend the trade privileges on Cambodia’s products, which amounts around 1,000 million euros annually. The decision doesn’t mean that the EU bars certain Cambodia’s products from entering its market, but such products would be tax-imposed, like what was done with the rice product. The EU’s resolution would not dramatically impact Cambodia’s economy since SPM Hun Sen-led government has long laid down intervention packages to deal with any emerging challenges arising from EU’s decision to remove this privilege trade scheme, following Cambodia climbing from a low-income country to a lower-medium income nation.

However, the traitor’s group would find it disappointing since what they expected - EU to fully remove the trade privileges from Cambodia, which the opposition, especially Sam Rainsy’s loyalists, believed to add pressure on CPP-led government - doesn’t materialize. But, the public may clearly see that the EU Commission’s 18-page resolution doesn’t raise a single word about the long forgotten convicted Sam Rainsy’s name, but the name of Kem Sokha, who was being trialed in treason case, and other social issues, often raised by the opposition, like land dispute, ethnic minority group, economic land concession, etc. were seen remarkable improvement by the EU.

The EU’s resolution was reportedly political-motivated, as they merely focused on Kem Sokha and the former opposition’s cases being trialed by the court on conspiracy with foreigners in a sabotage attempt to topple legitimate government through violent revolution to claim the power undemocratically. They pointed to the freedom of speech, which might relate to the journalist and, more specifically, may refer to the Cambodia Daily – a news outlet which ran under an NGO that makes profit but evades tax – and the RFA, which is the main political media outlet for the opposition. They raised about the freedom space for activities and assembly, which may refer to the civil societies and NGOs who shun their responsibility to make financial report and to pay the government tax. All these were accused as systematical violations of human rights in Cambodia. In fact, who is the one who violates Cambodia’s sovereignty and integrity?
Cambodia would like to thank the EU for recognizing the efforts made by the government. Cambodia also wants the EU to rethink about the real needs of the Cambodian people and their priority rather than just listen to the traitor group’s incitement and framing against Cambodia’s government under the excuse of human rights and democracy, since when one talks about human rights and democracy, one should not focus just on traitor Kem Sokha or the deceased CNRP or the radios that served for the revolution purpose or the civil societies and NGOs that were organs of the “color revolution,” but should look at the respect of rights and freedoms of the people as a whole, as well as the whole democracy process – not just the opposition’s voice. The EU should value around 83.02% of the eligible voters who turned out to vote in a democracy process, in which more than 70% voted for the CPP and supported SPM Hun Sen to be the country’s Prime Minister. The EU should also understand Cambodia’s priority, who want to safeguard peace and development and escape from the intimidation made by Sam Rainsy and Kem Sokha-led traitor’s group, who joint hands-in-hands to begin “color revolution” in 2013. The EU should also give value to the media and democracy space and the freedom of the civil societies and NGOs, which are operating freely in Cambodia. Does the respect of human rights and democracy exist only when there are opposition-supported civil societies and NGOs and radios? If it is the case, it means EU is implementing double standard with its trade partners.

However, Cambodia’s economy would not collapse as expected by the opposition who are wishing so and begging the foreigners to ruin Cambodia. The government, which is led by SPM Hun Sen, has thought about the intervention package to deal with issues emerging from EU’s removal of the preferential trade privileges. If you look at the issue thoroughly, you would see that Cambodia could maintain about 80% preferential status for goods access to the EU’s market, and the decision to suspend part of the preferential privileges would come into effect from 12 August 2020, while at the same time, the EU also opens to reconsider the reinstatement of the trade privilege if the EU’s concerns have been dealt. Hence, the suspension of part of the EU’s trade privilege would be a catalyst for Cambodia to push forward its reform effort and improve its economic growth.

SPM Hun Sen has stated Cambodia’s stance clearly in the face of the EU’s decision – that’s he would not trade his nation’s sovereignty with any assistance or support. As a sovereign and independent state, Cambodia would enforce Cambodia’s law on its soil and no foreigner should interfere into Cambodia’s internal affairs. Cambodian people in general and the garment workers and their family in specific should joint in force with the government to protect its nation’s sovereignty and safeguard the country’s present peace and development, as well as to believe in SPM Hun Sen’s leadership – a leader who has sacrificed his life to savor our nation and people from Khmer Rouge genocide regime through dissolving the its military and political organization, bringing fully peace and development to the country. Cambodia people would always support SPM Hun Sen’s leadership! 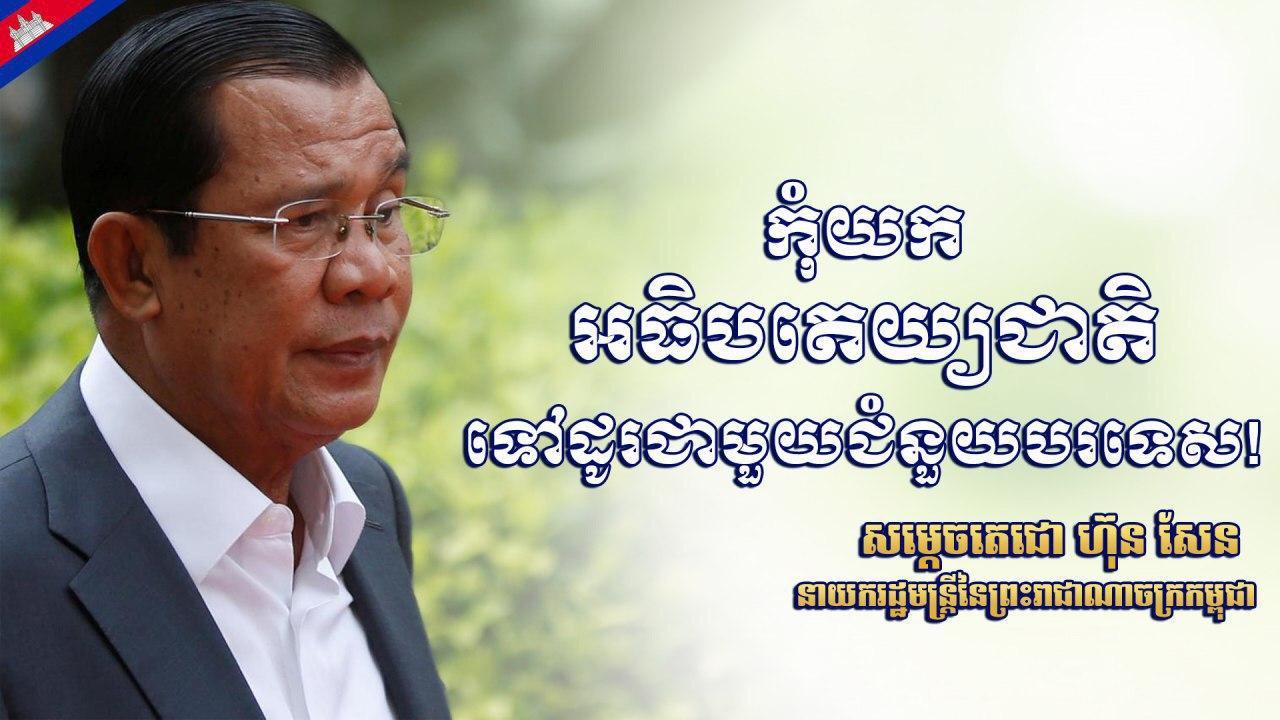 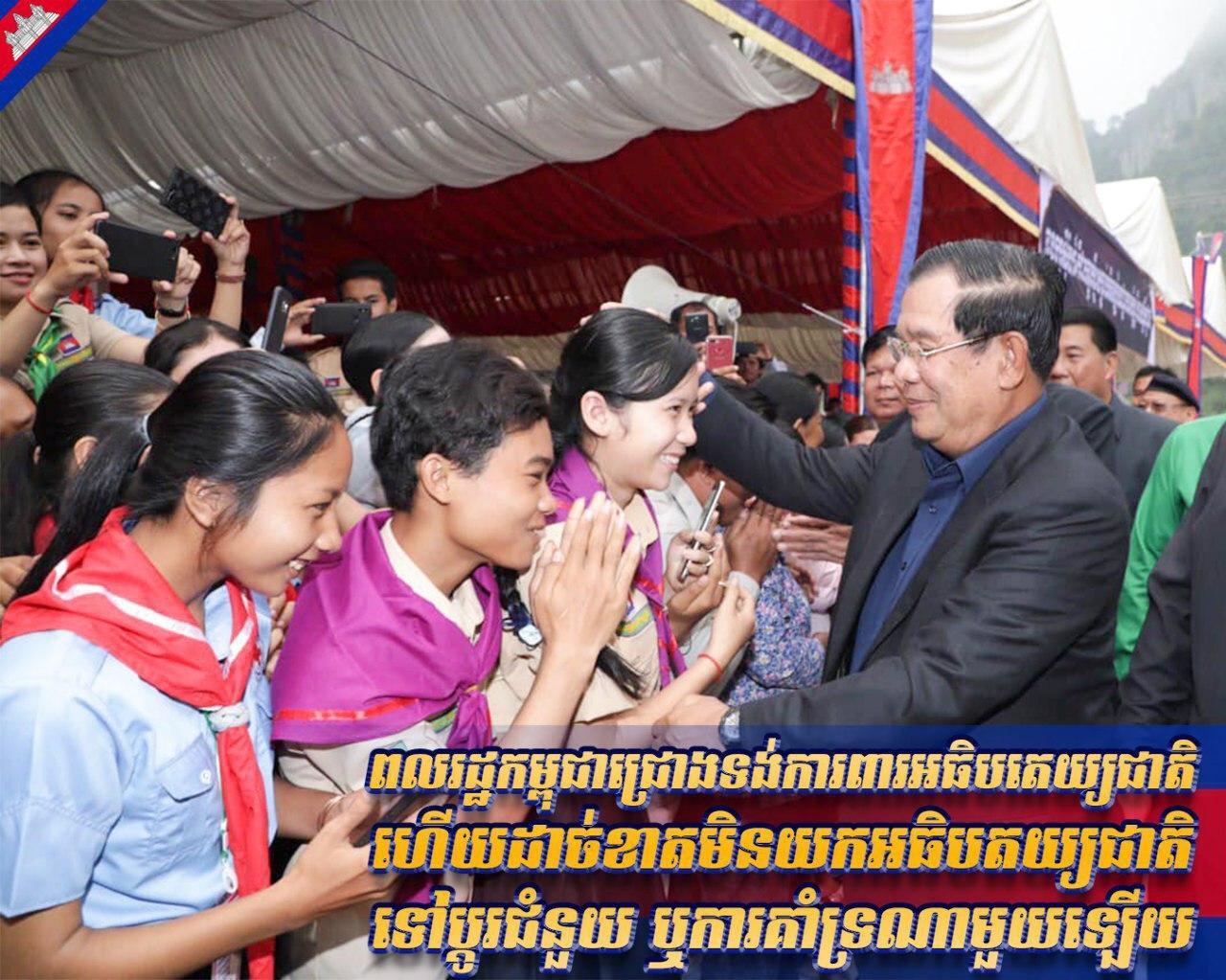 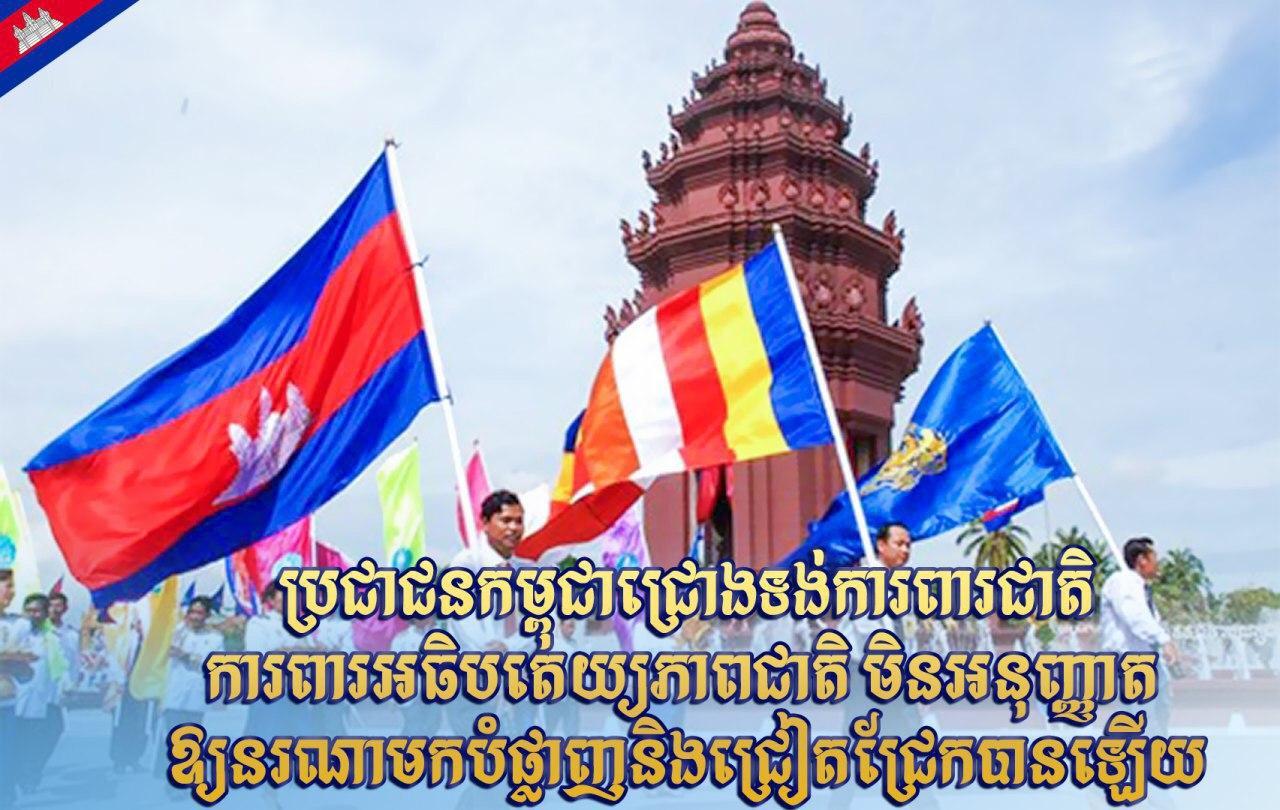 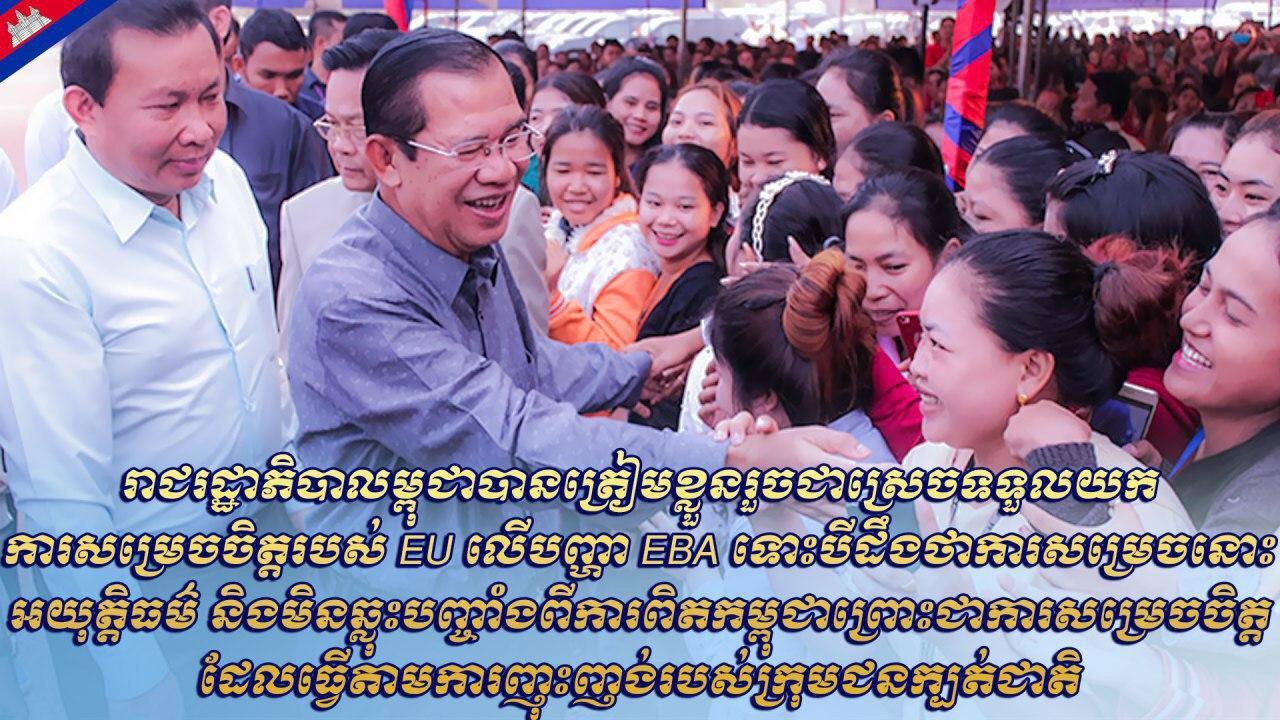