Phnom Penh (FN), Feb. 15 – Cambodia’s Ministry of Health issued a press release reacting to Malaysian health report, saying an American woman who was among the nearly 1,500 passengers disembarking on Friday from Westadam cruise in Cambodia and flew to Malaysia has been confirmed infected with the new coronavirus.

“Prior to the departure of the above individual and other passengers of Westerdam, Cambodia’s Ministry of Health has examined carefully by working with World Health Organisation [WHO] and USCDC in compliances with International Health Regulations 2005 of WHO. Cambodia would like to request Malaysia to re-examine the test result,” according to Cambodian Health Ministry’s press release dated Saturday.

Noor Hisham Abdullah, Malaysian Health Ministry director general, said in a statement that the 83-year-old woman and her 85-year-old husband, also from the United States, were among 145 passengers who flew into Malaysia on Friday after disembarking, according to Kyodo’s report on 15 February 2020.

“Airport screening discovered the couple to have "symptoms," the statement said, adding they were sent to a hospital on the outskirts of Kuala Lumpur. A test for the virus now known as COVID-19 came back positive for her on Saturday. Her husband tested negative although he remains hospitalised for treatment of his symptoms and observation,” Kyodo wrote.
=FRESH NEWS 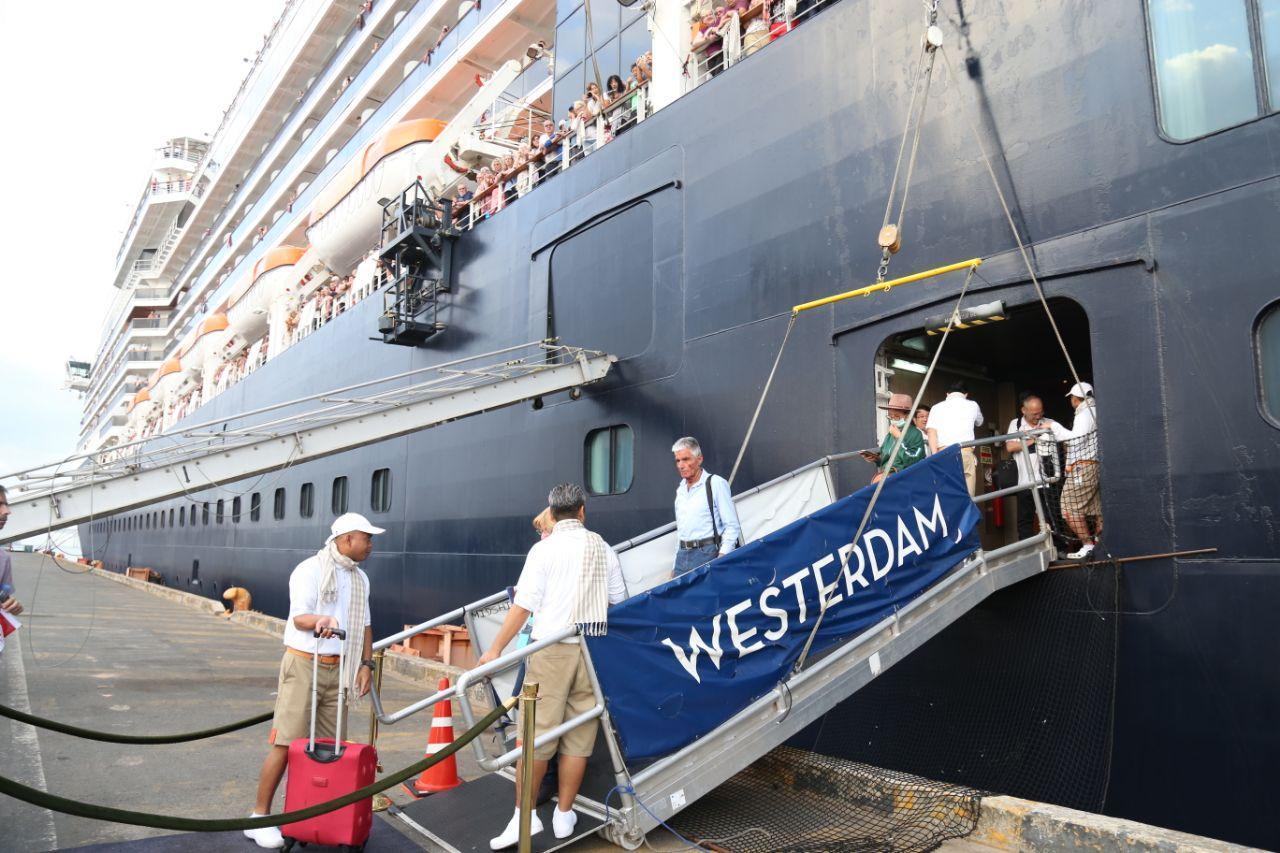 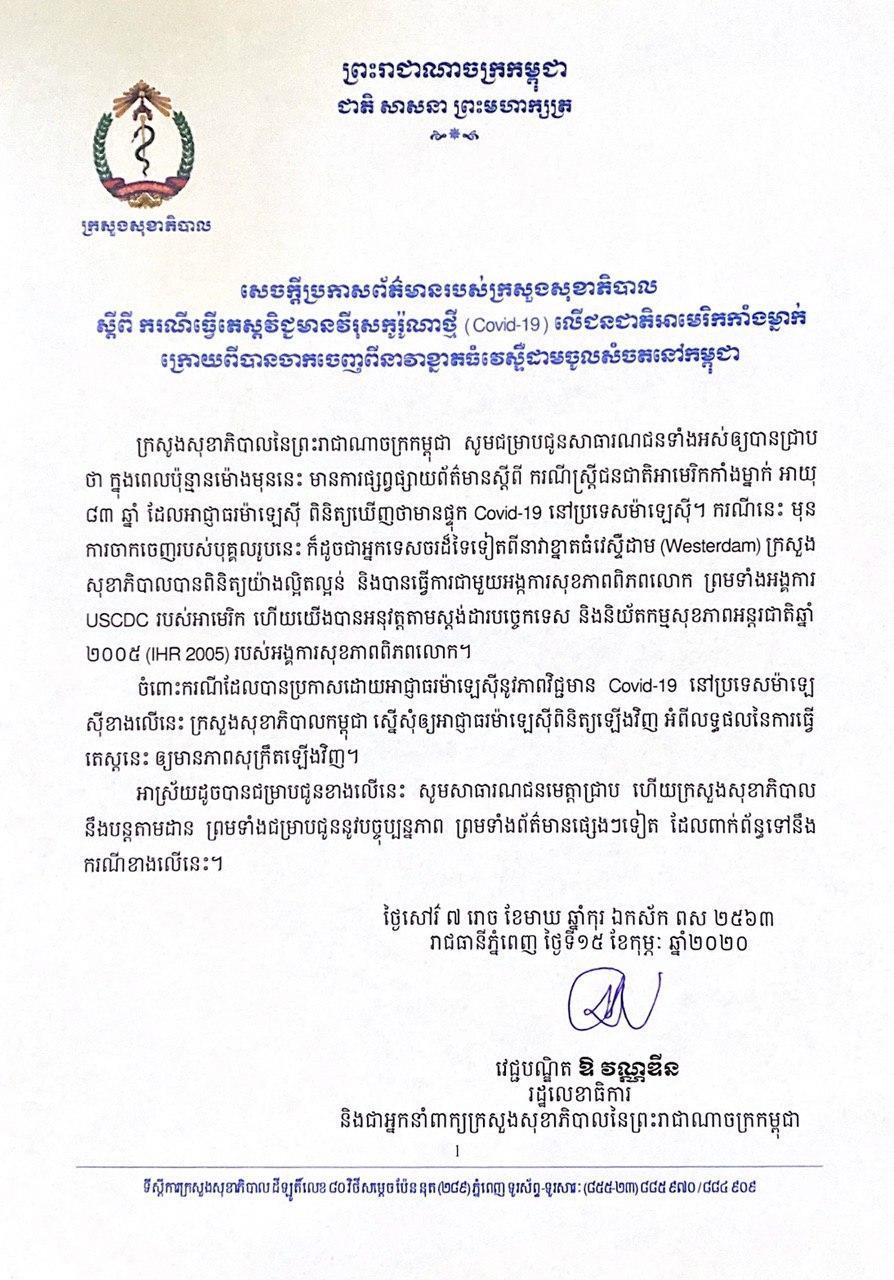