“The ACC is pleased to announce that during Asia-Pacific Summit hosted by the Royal Government of Cambodia on 18-21 November 2019 in Phnom Penh, Universal Peace Federation (UPF), an organisation for peace and reconciliation, announced an award called "Good Governance" to Samdech Akka Moha Sena Padei Techo Hun Sen, Prime Minister of the Kingdom of Cambodia, for his historic works which led to peace and development. The award is presented with a budget of one hundred thousand dollars (USD 100,000),” ACC wrote in the press release dated Sunday.

The Asian Cultural Council, in cooperation with UNESCO, was established to support and encourage cultural cooperation for civilisations; to promote harmony in Asia; and to transform the cultural heritage of humanity as a resource of peace, sustainable development, and shared prosperity.
=FRESH NEWS 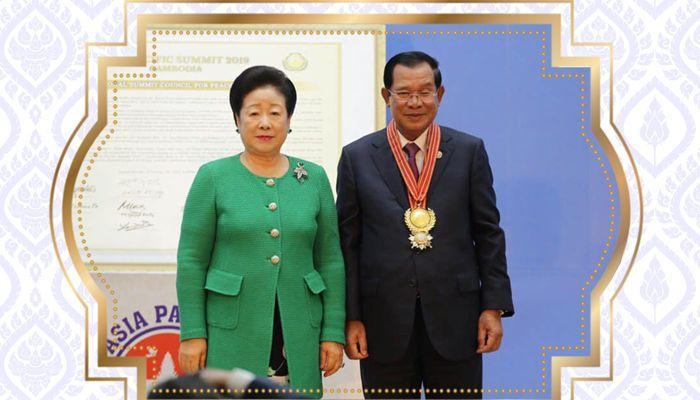 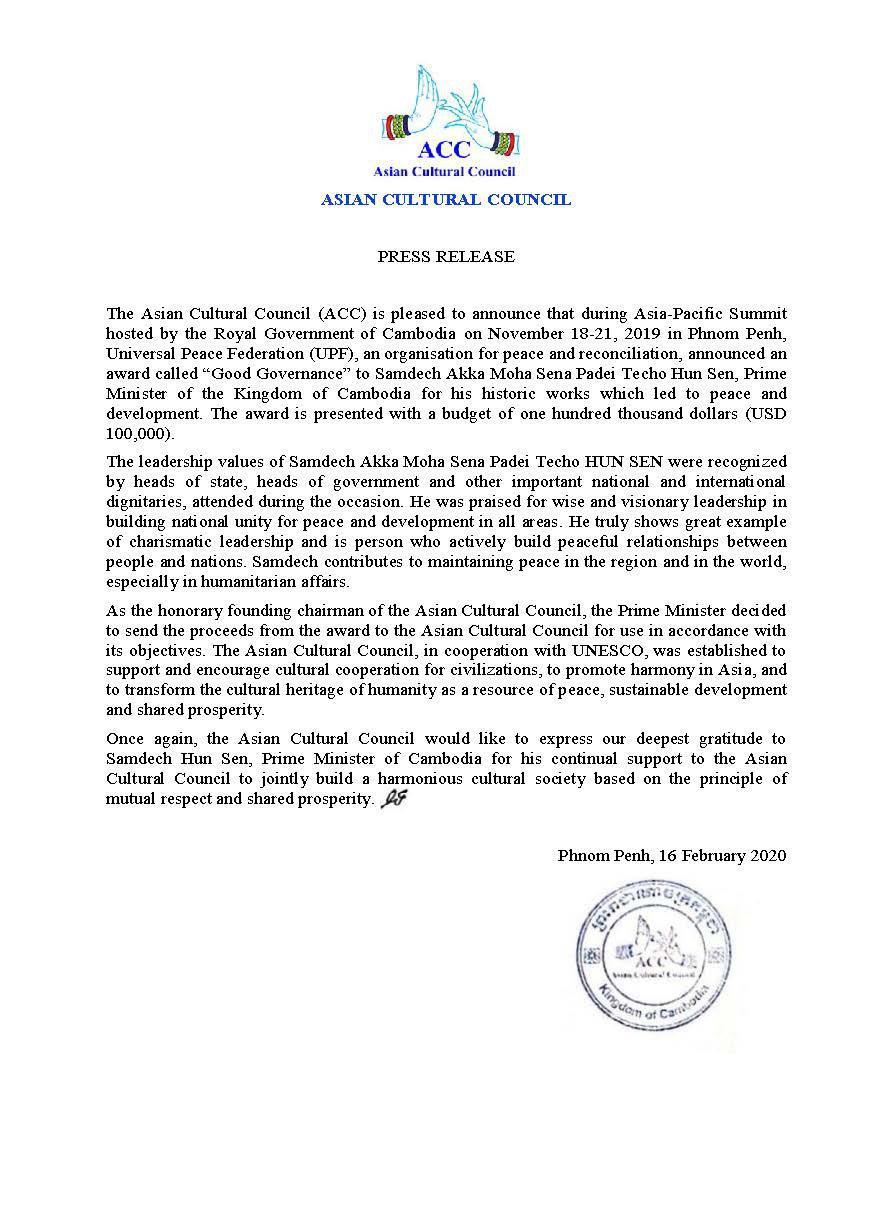