A 73-year-old British man and a 69-year old woman, a married couple, were tested positive by Pasteur Institute released on Wednesday (11 March), according to the press release dated Thursday.

At least three British are Covid-19 positive among the 64 passengers and crews aboard Viking Cruise Journey arriving Cambodia from Vietnam’s Ho Chi Minh on 7 March 2020. Others were tested negative.

1. a 60-year-old Chinese man tested positive on 27 January when he flew from Wuhan to Sihanoukville. However, he recovered and returned home.

2. a 38-year-old Cambodian man in Siem Reap on 7 March, believed to be transmitted from the Japanese businessman. He is being hospitalised in Siem Reap hospital.

3. a 65-year-old British woman in Kompong Cham tested positive on 10 March on Viking Cruise Journey. The woman was reportedly infected with the virus from a Vietnamese woman who flew by plane together from London to Hanoi on 2 March. On 5 March, the 65-year-old flew from Hanoi to Ho Chi Minh before taking the ship cruise from Ho Chi Minh to Phnom Penh and then to Kompong Cham.

4. a 73-year-old British man tested positive on 11 March in Kompong Cham on on Viking Cruise Journey. 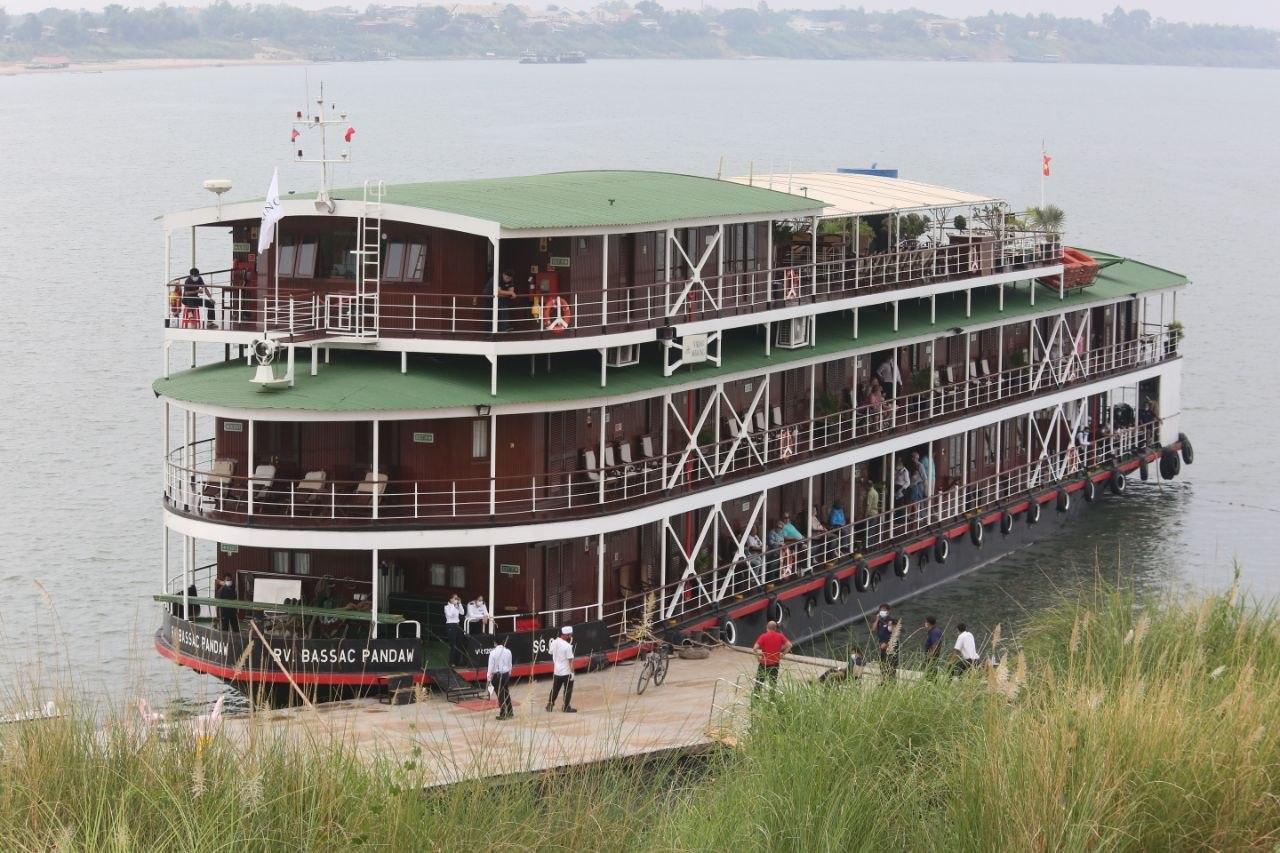 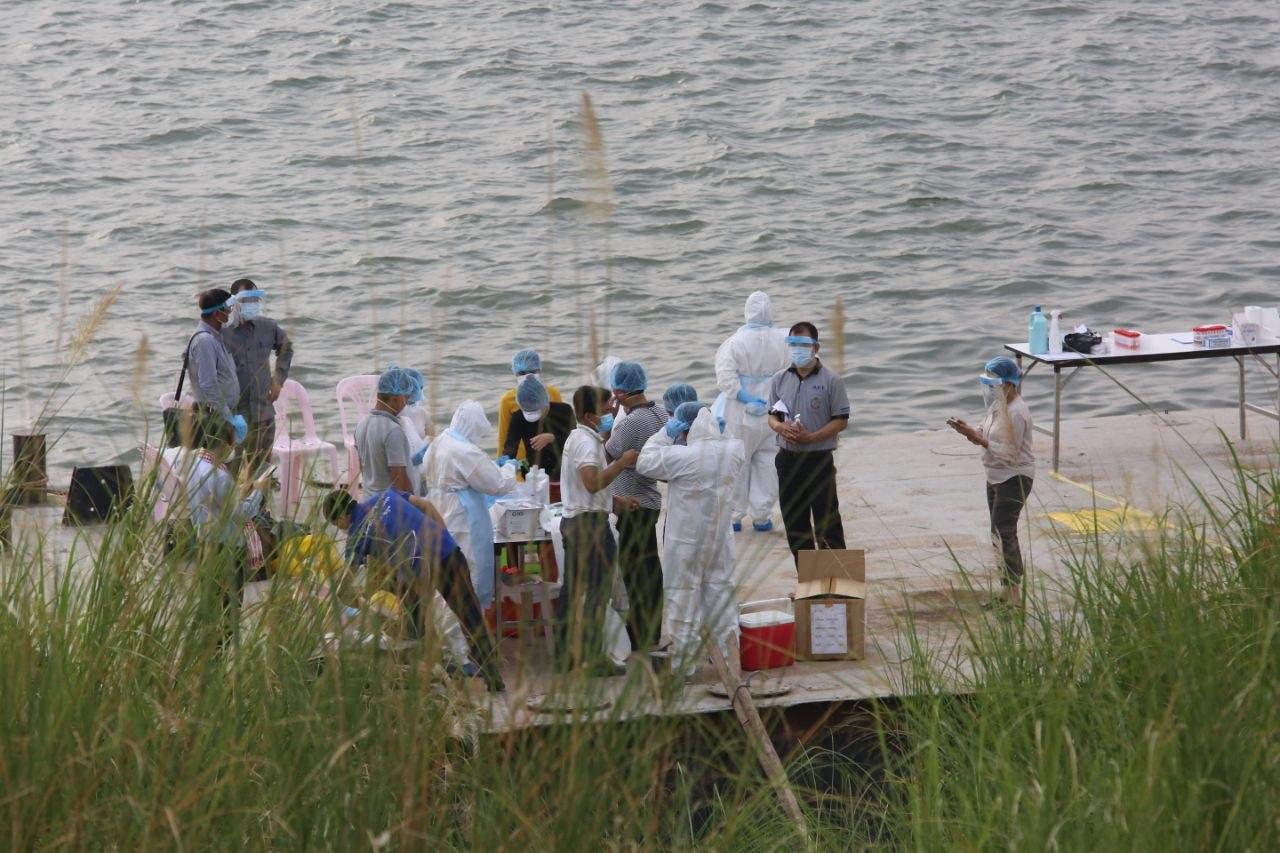 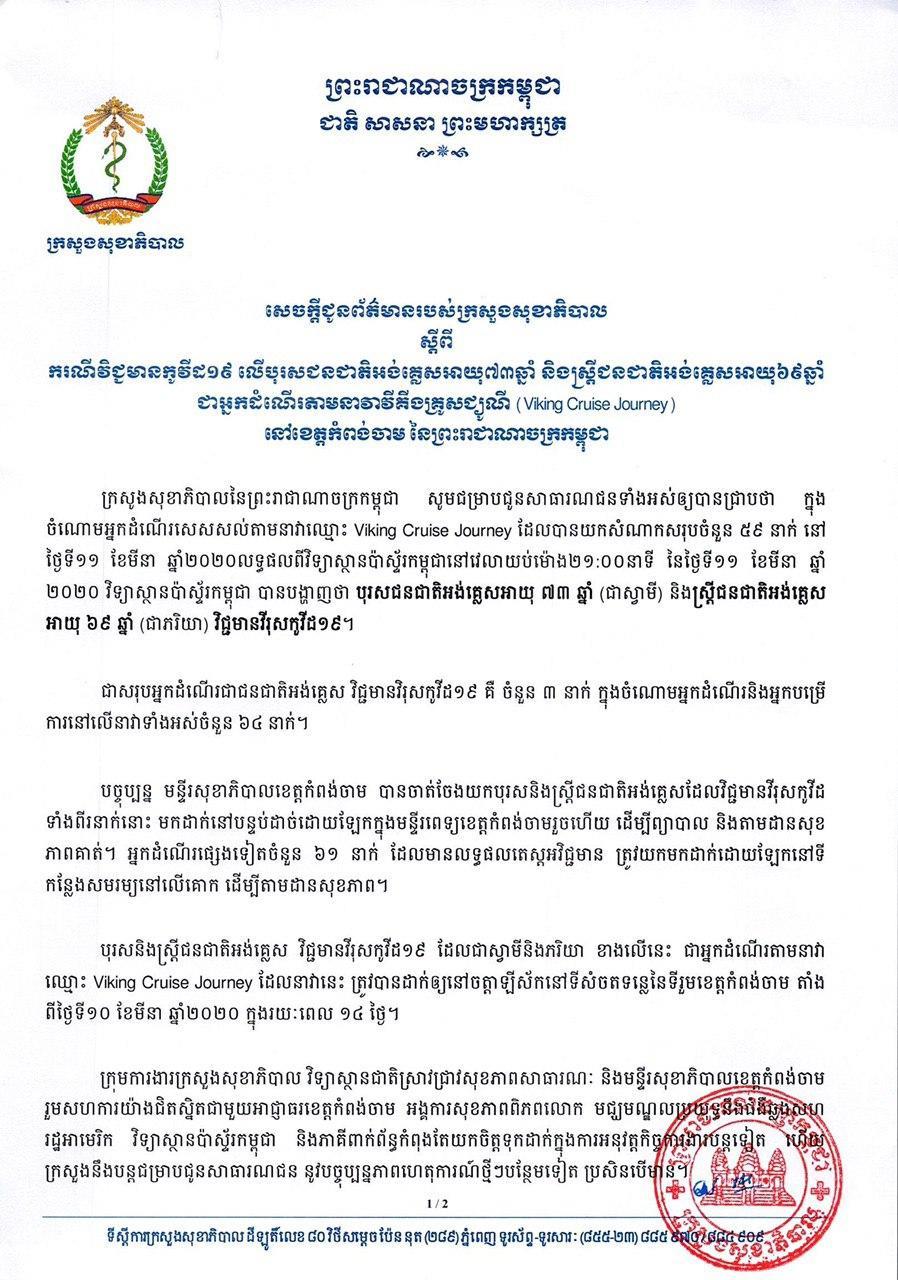 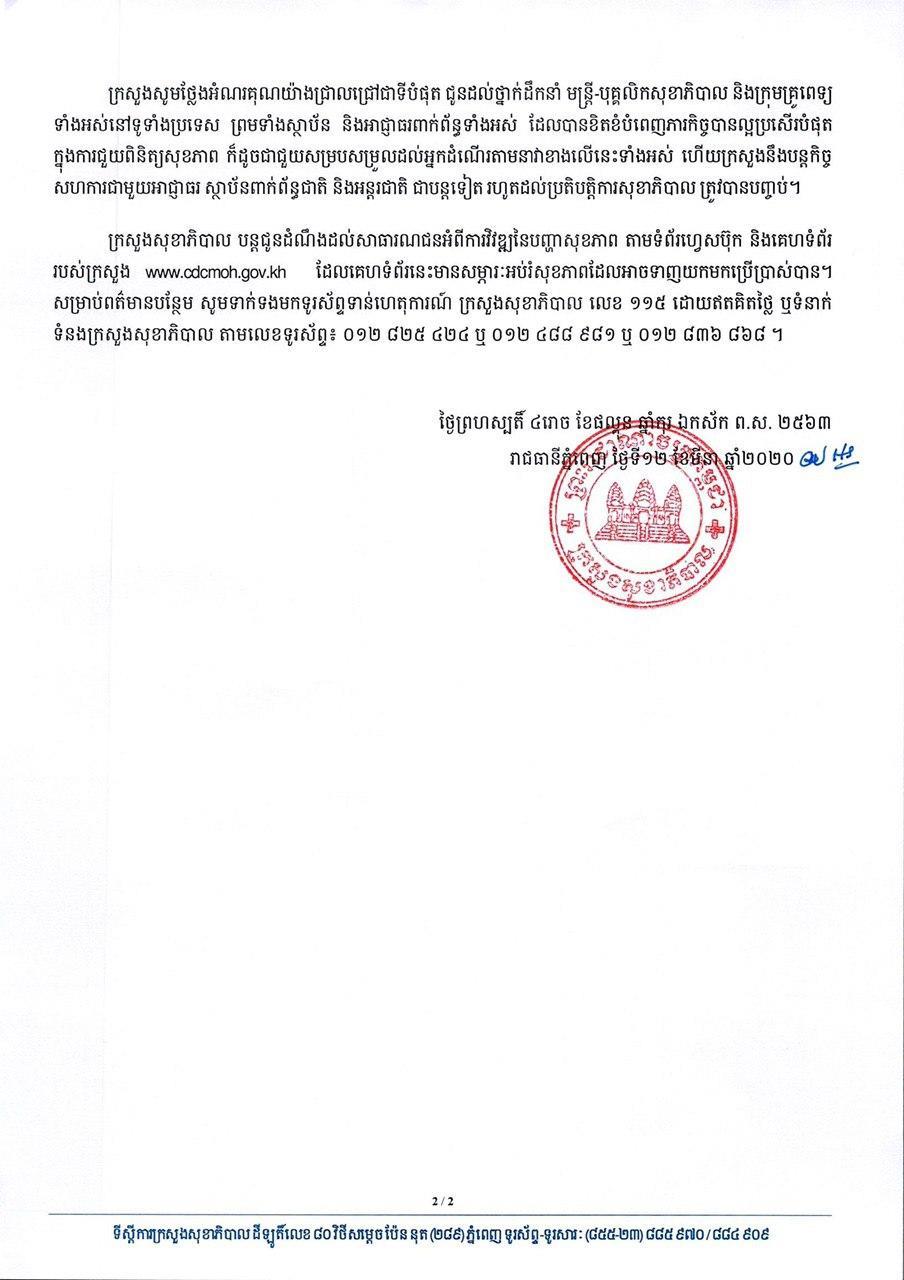