TOP NEWS: PM Hun Sen Bans All Cambodians from Travelling to EU, US, and Iran

In the circular, the premier recommended four points, including:

First, all citizens must not travel to Europe, the United States, and Iran unless highly mandatory.

Second, all ministries and institutions of national and sub-national levels must not attend all-level meetings to be held in Europe, the United States, and Iran.

Third, if necessary, the invited institutions must inform Cambodia’s Ministry of Foreign Affairs to send representatives based at the host country to attend the meetings instead.

Fourth, all government officials and citizens returning from Europe, the United States, and Iran require 14-day quarantine in accordance to the procedures determined by Ministry of Health.

1. a 60-year-old Chinese man tested positive on 27 January when he flew from Wuhan to Sihanoukville. However, he recovered and returned home.

2. a 38-year-old Cambodian man in Siem Reap on 7 March, believed to be transmitted from the Japanese businessman. He is being hospitalised in Siem Reap hospital.

3. a 65-year-old British woman, a passenger on Viking Cruise Journey, was tested positive on 10 March 2020 in Kompong Cham province. The woman was infected with the virus from a Vietnamese woman who flew by plane together from London to Hanoi on 2 March. On 5 March, the 65-year-old flew from Hanoi to Ho Chi Minh before taking the cruise from Ho Chi Minh to Phnom Penh and then to Kompong Cham.

6. a 49-year-old Canadian tested positive on 13 March in Phnom Penh.

10. a Cambodian from France tested positive on 15 March, now being hospitalised at Khmer-Soviet Friendship Hospital.

11. a 35-year-old Khmer-Islam in Preah Vihear tested positive on 15 March. 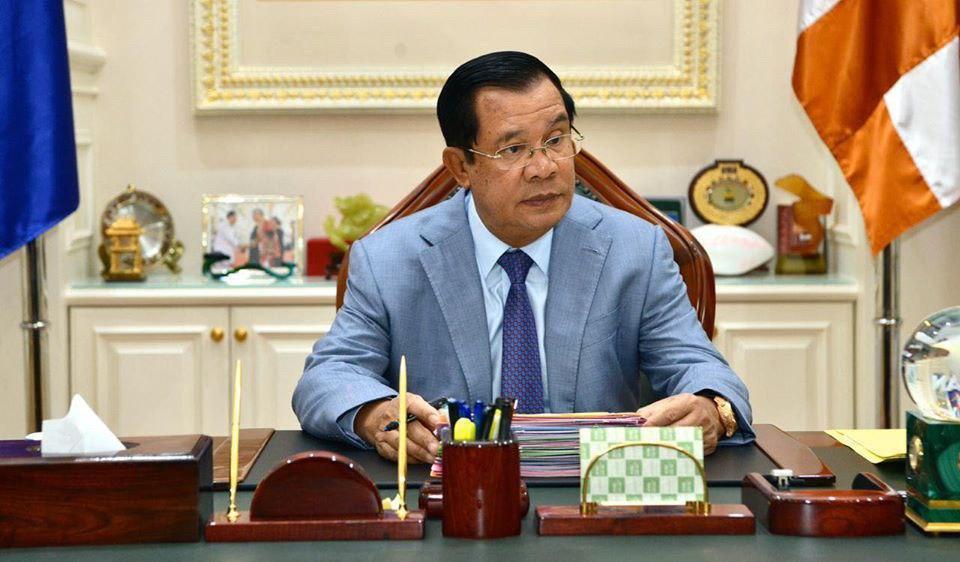 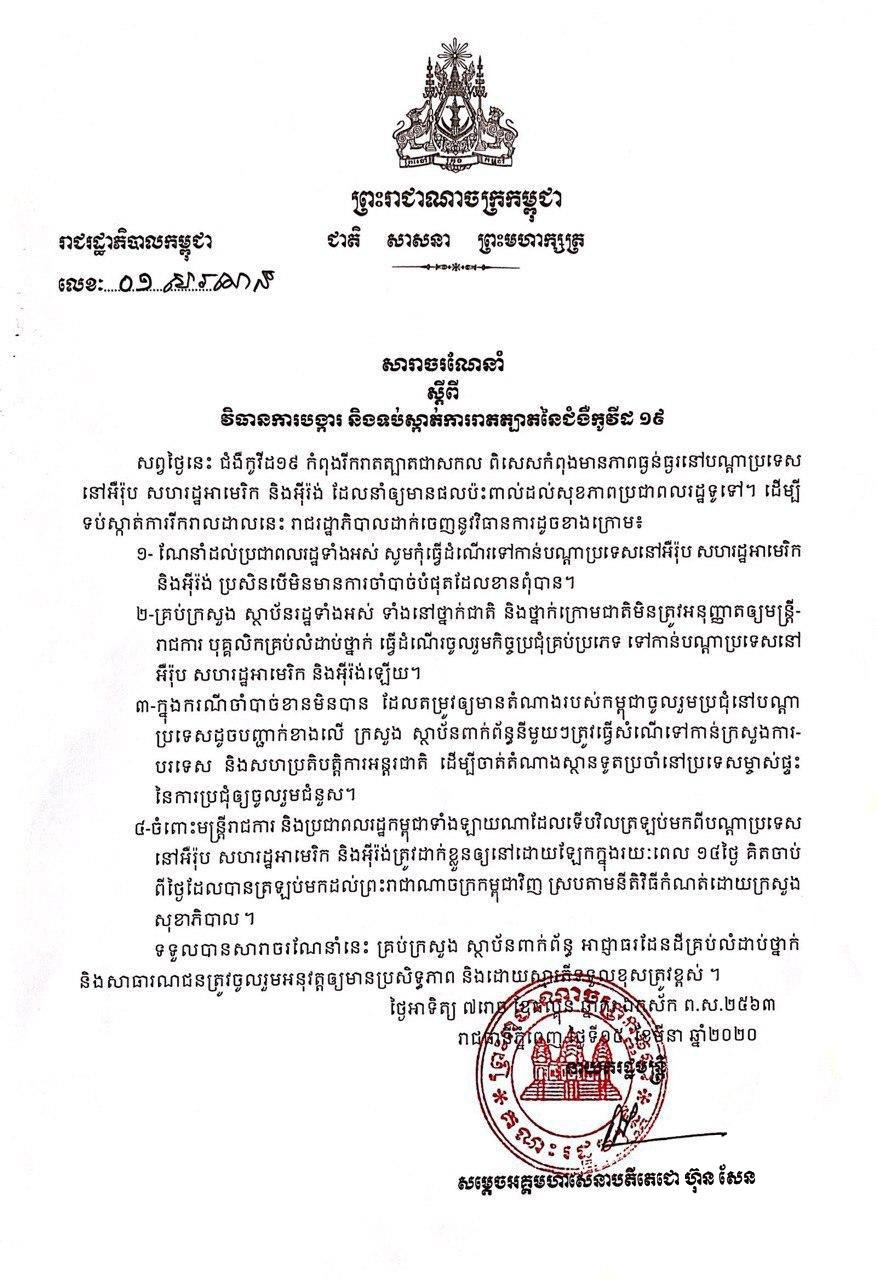