At the same time four have recovered with two in Tbong Khmum and two in Battambang. They were discharged from hospital today.

Cambodia has reported 91 cases of Covid-19; 24 women and 67 men. Six have recovered so far, including a Chinese, a British, and four Cambodians.
=FRESH NEWS 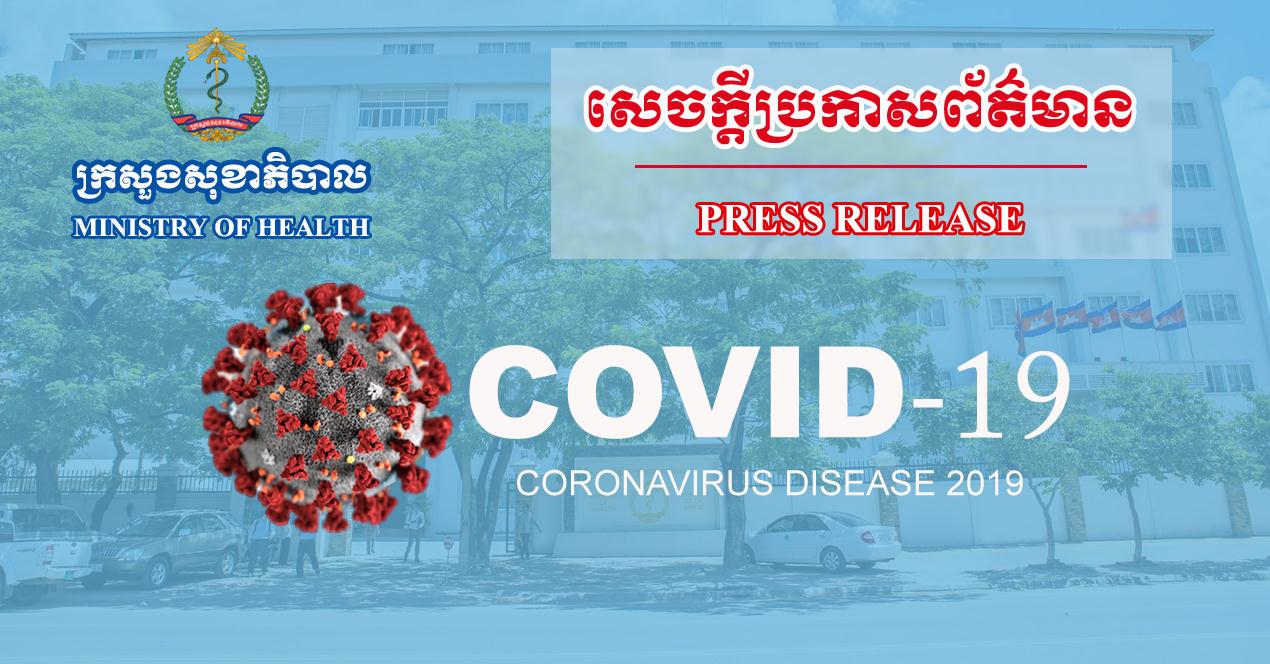 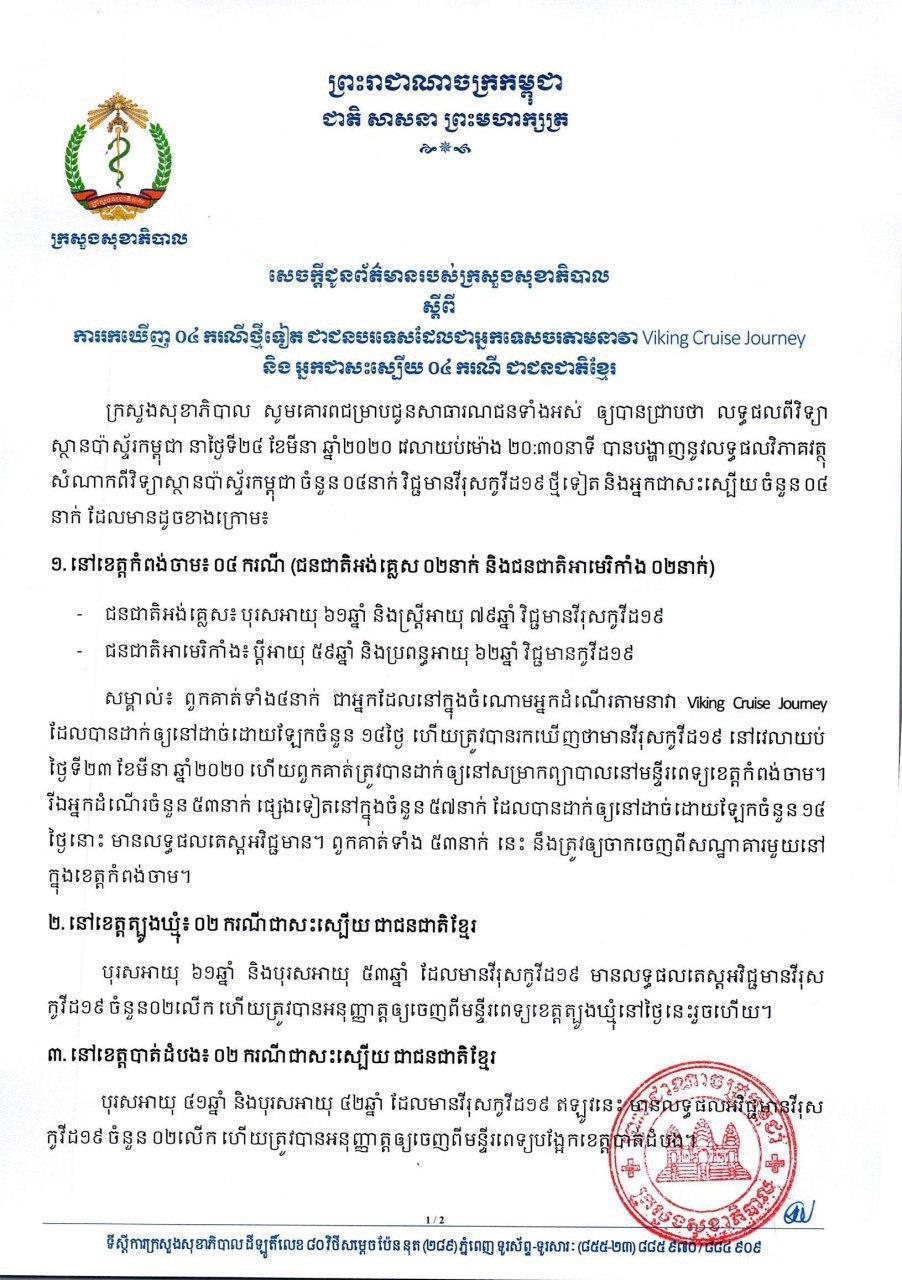 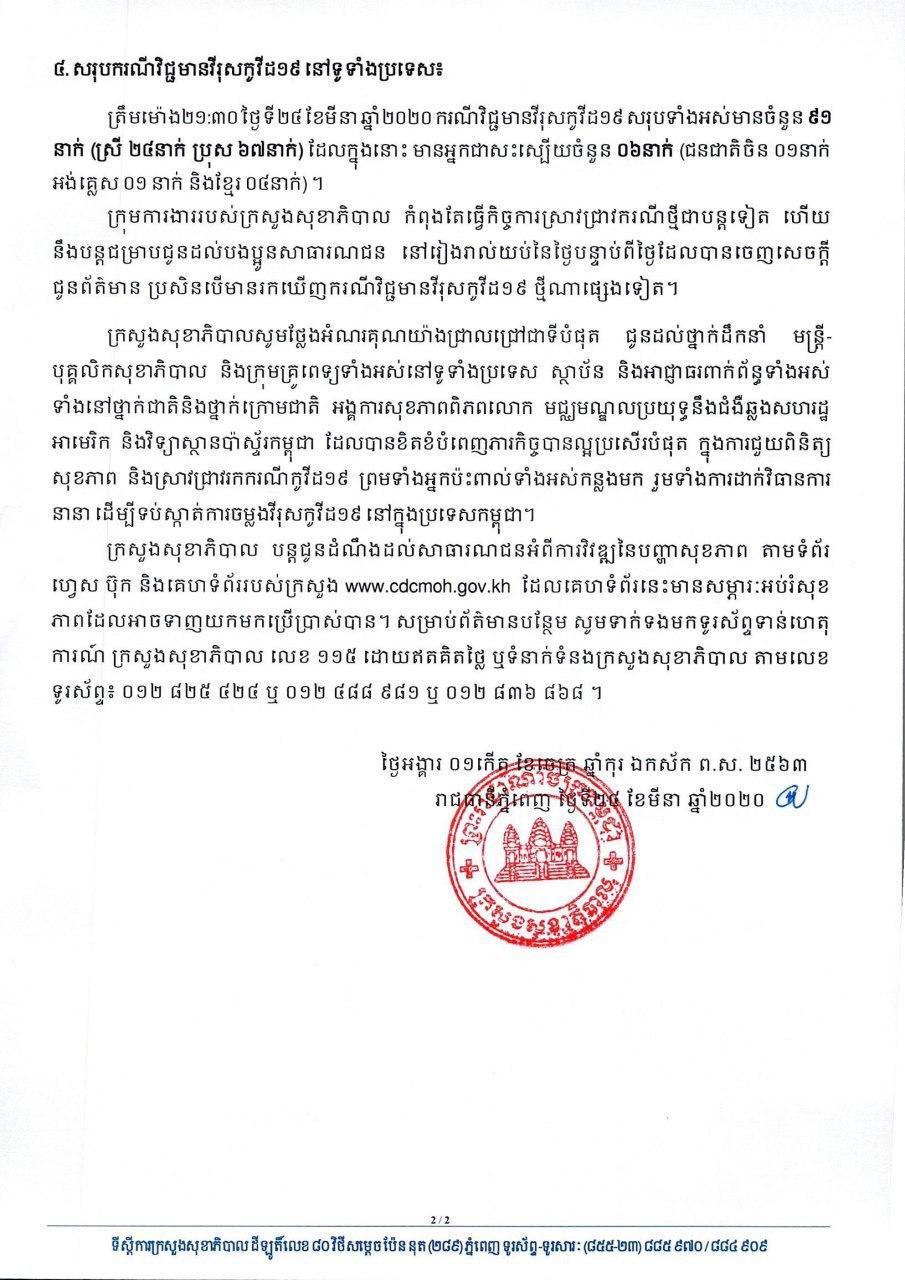 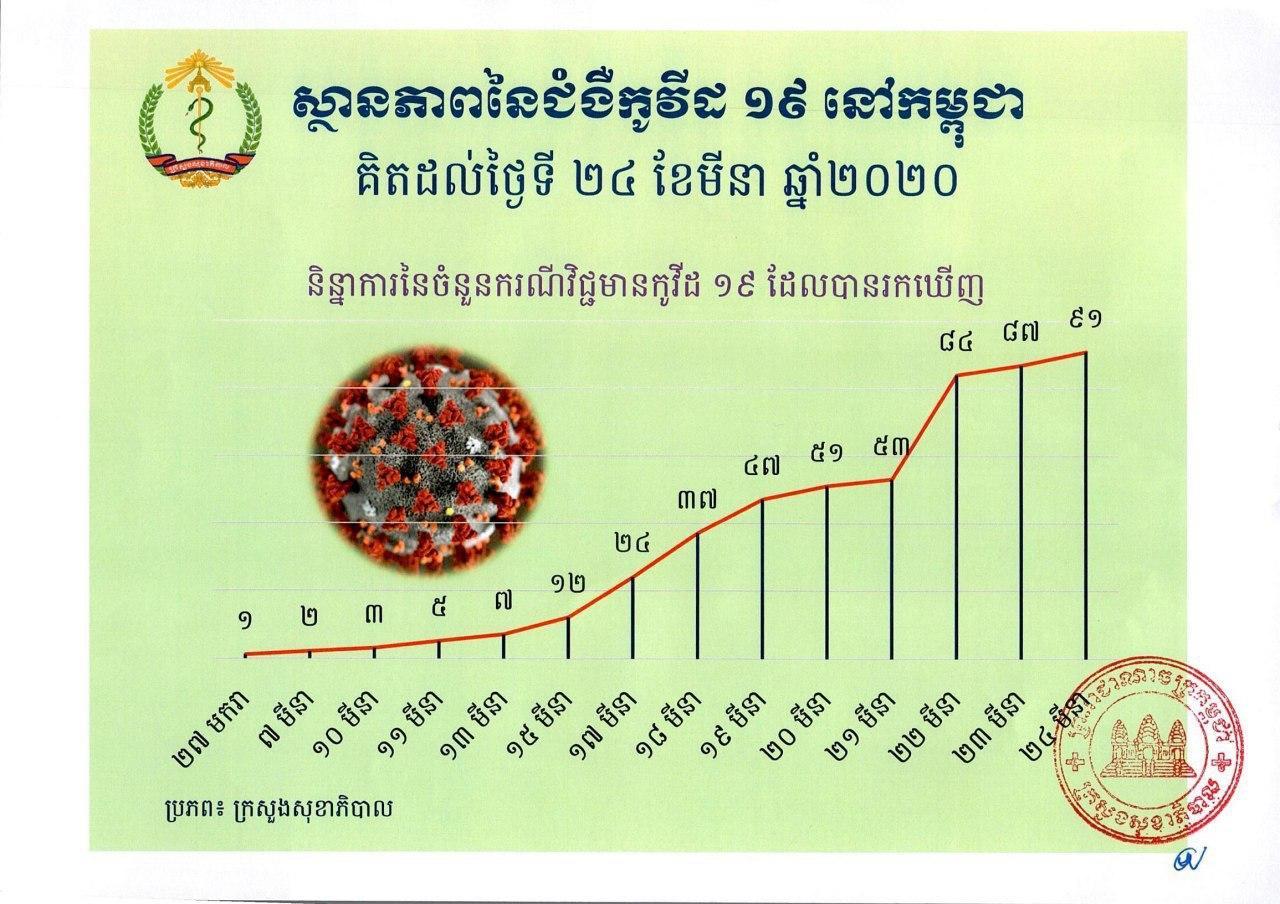 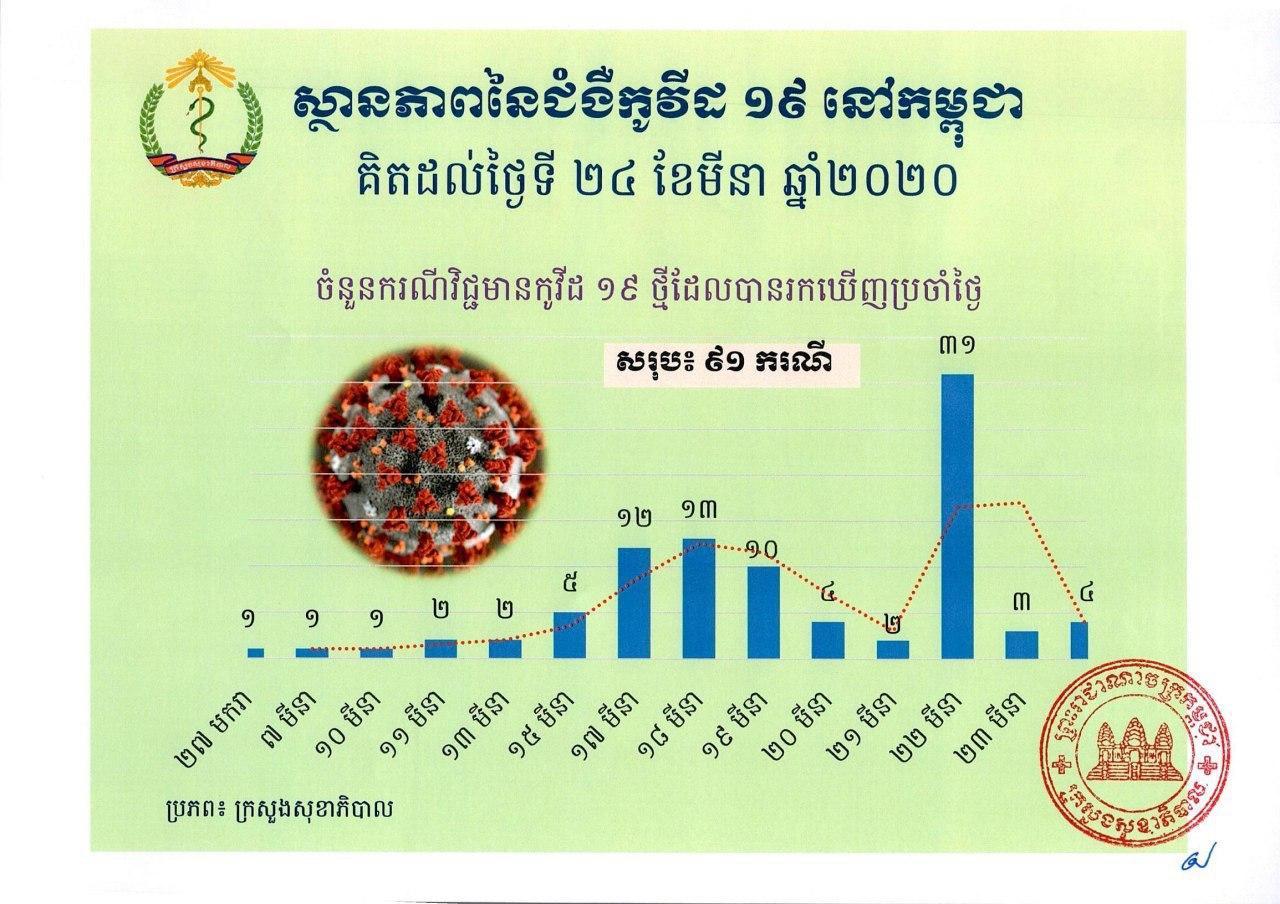 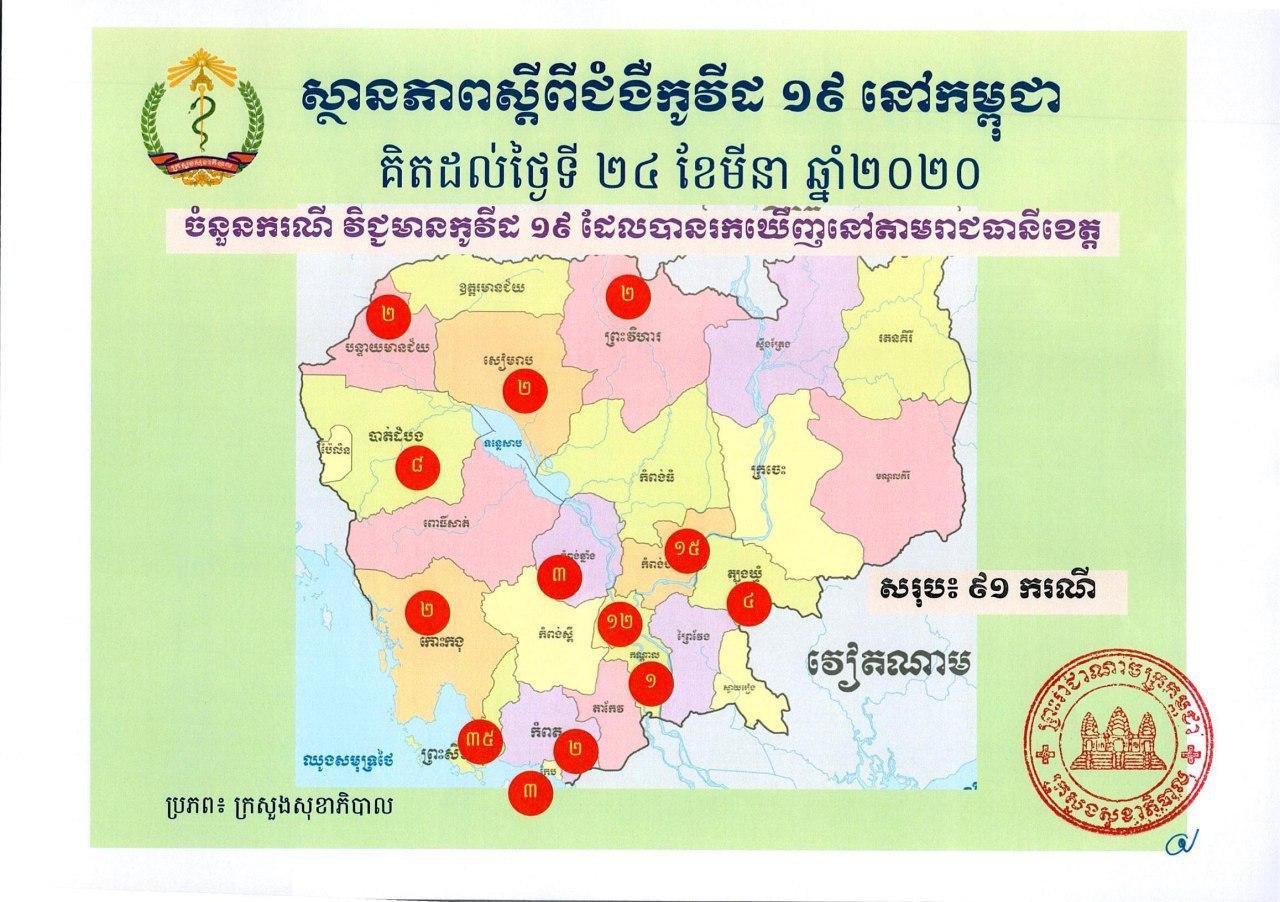 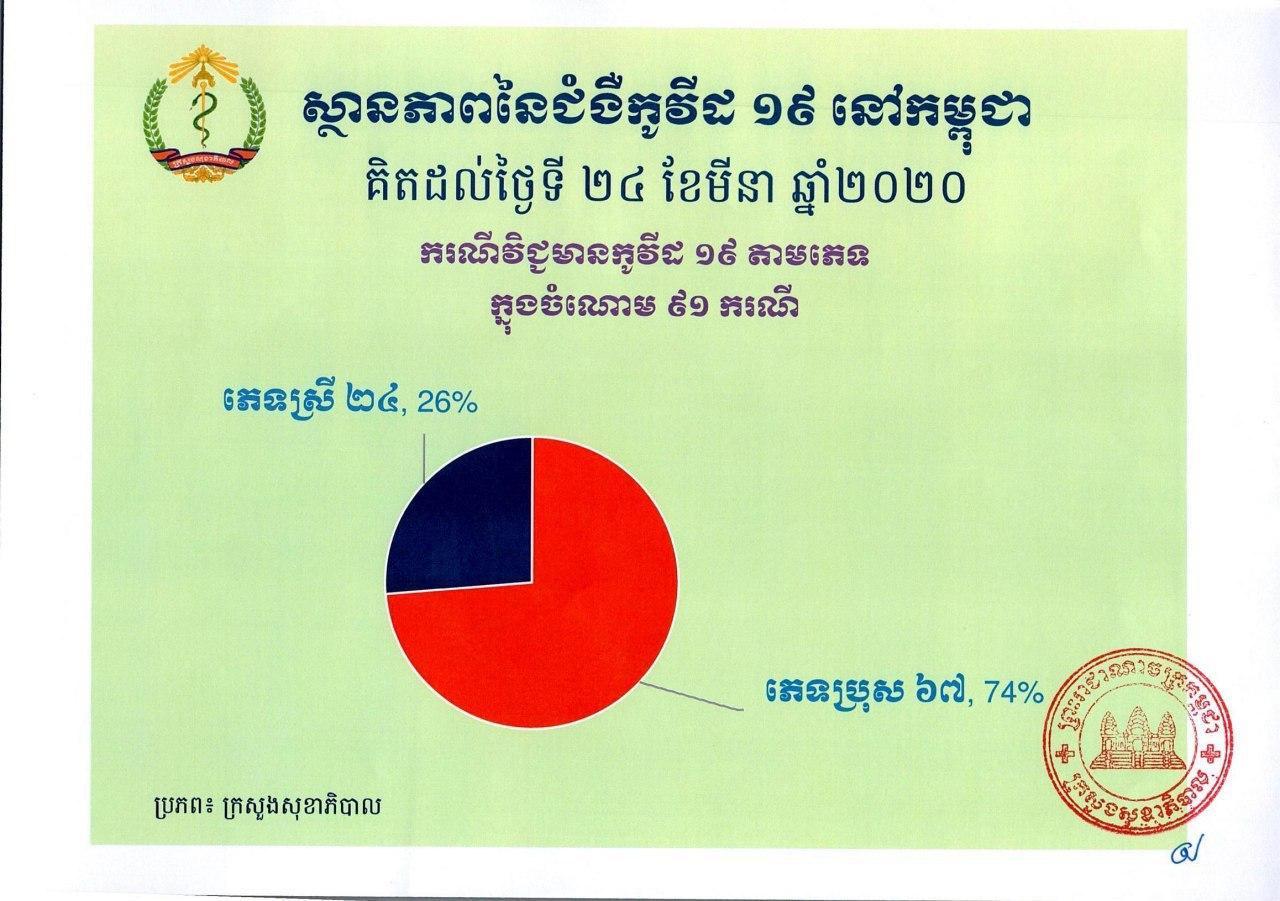 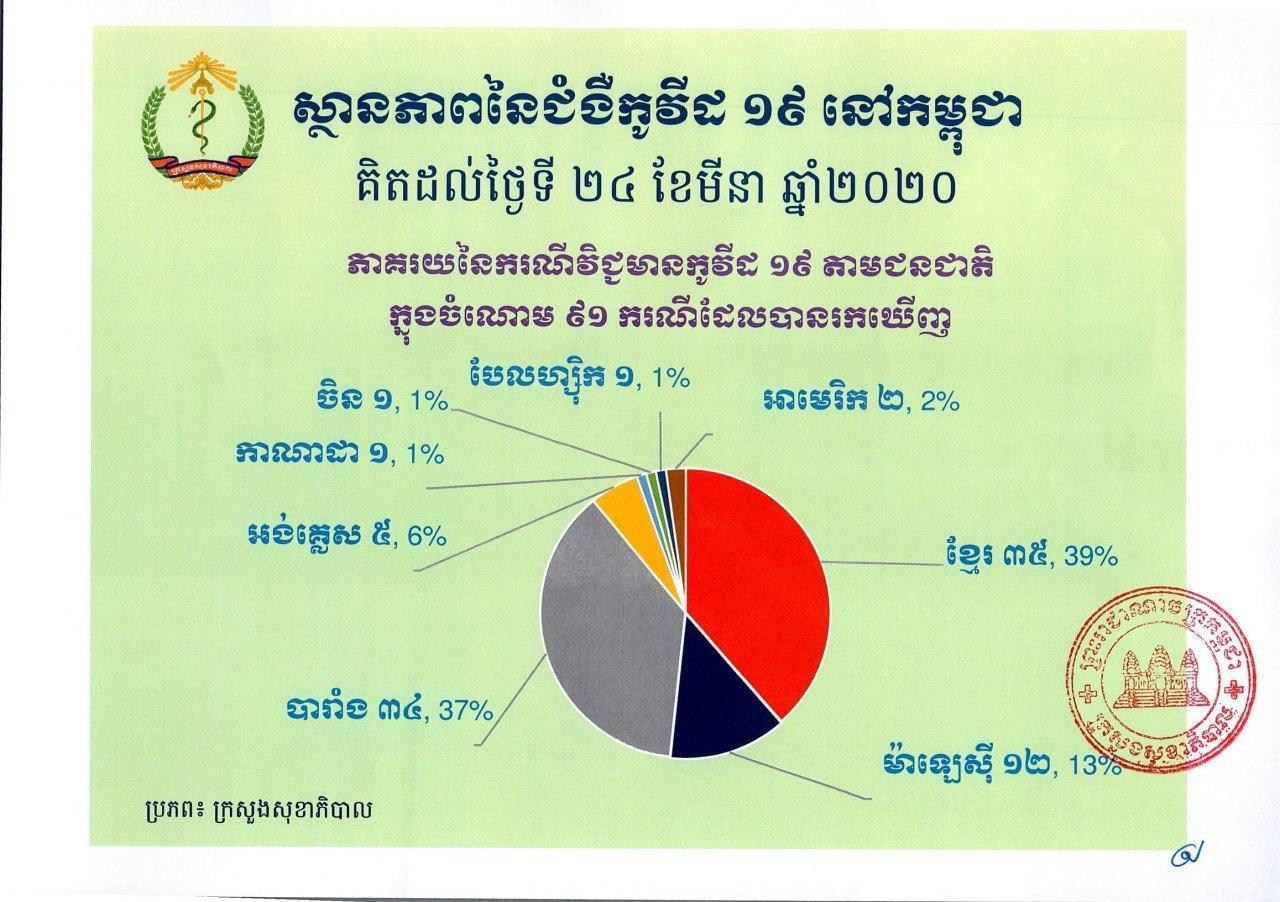