Phnom Penh (FN), Apr. 9 – Cambodian Prime Minister Hun Sen underlined that he has no choices but to ban travels from Phnom Penh to the provinces and vice versa to ensure national safety during the coronavirus crisis.

"For the safety of the nation and the lives of the people, I have no choices but to issue travel restriction. If the law on governing country during state of emergency come into force, it would be implemented in such circumstance,” the premier wrote on his Facebook page on Thursday, shortly after travel restrictions announced.

At the same time, the premier requested understanding from compatriots nationwide during this difficult time.
=FRESH NEWS 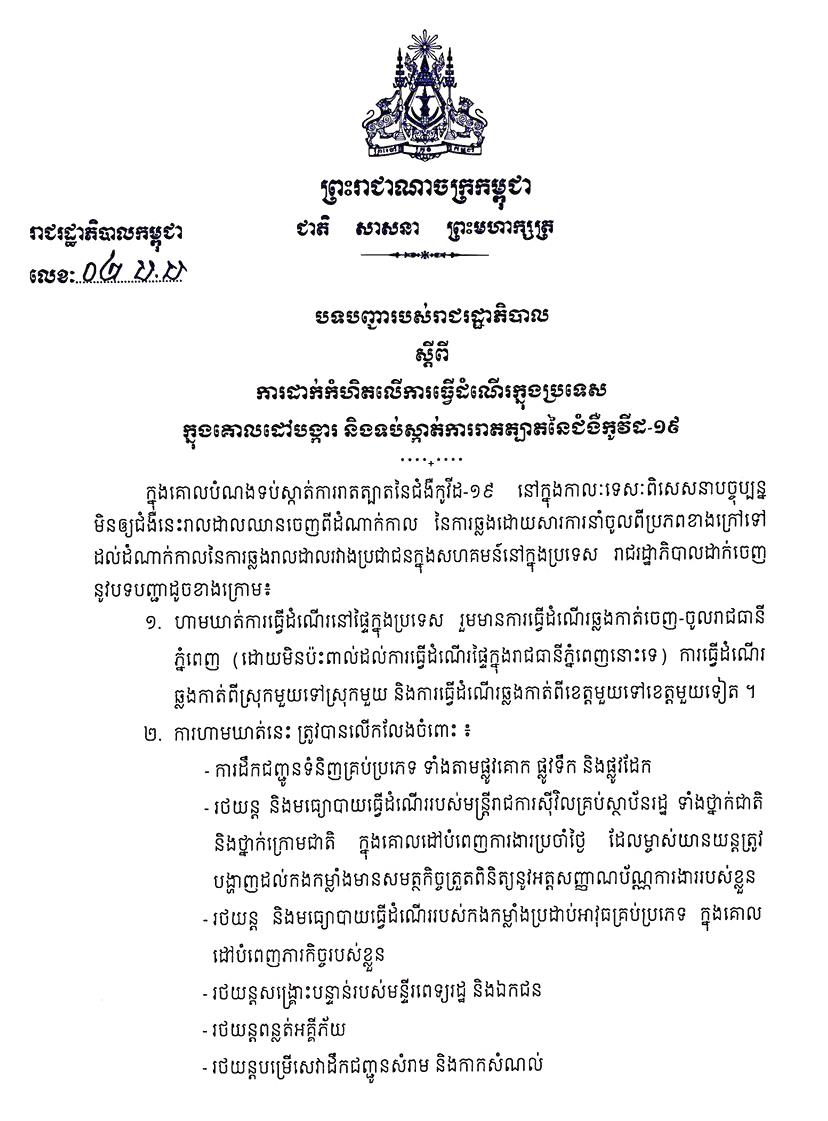 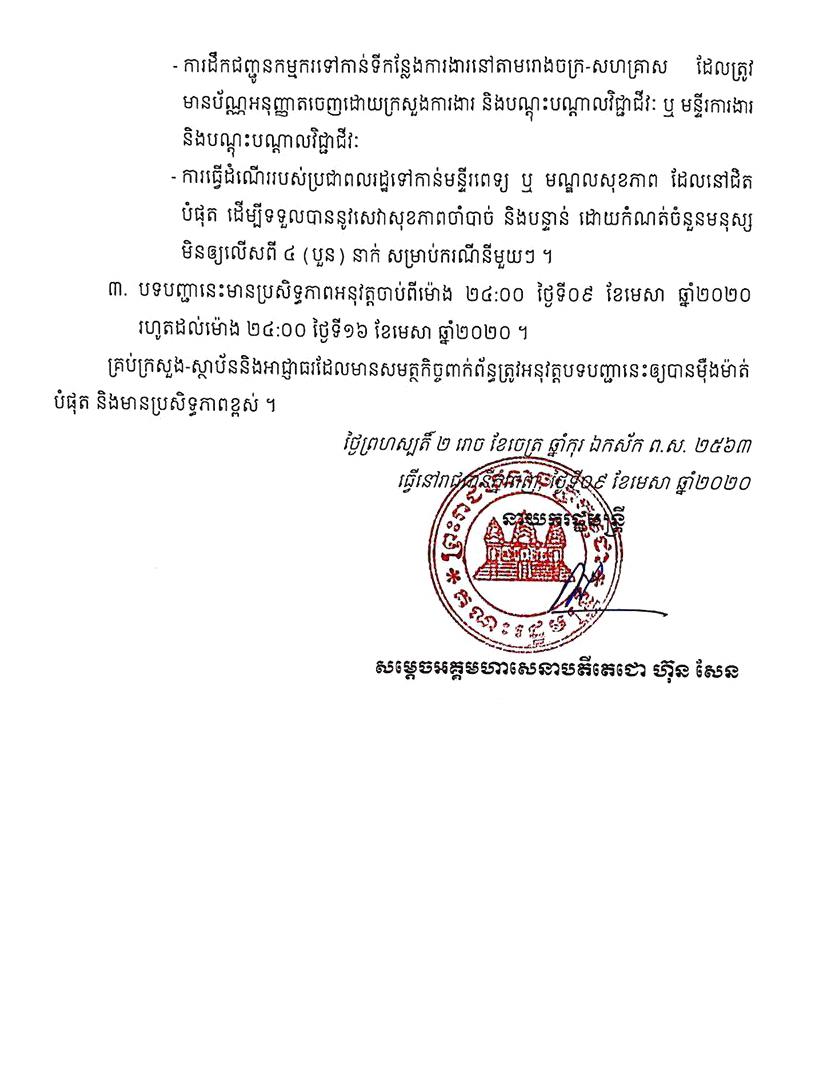