TOP NEWS: Cambodia’s Law on the Management of the Nation in State of Emergency Promulgated

Phnom Penh (FN), Apr. 29 – Law on the Management of the Nation in State of Emergency (LMNSE) was promulgated on Wednesday, 29 April.

The law was signed by Acting Head of State Say Chhum.

Law on the Management of the Nation in State of Emergency has 12 articles and divided into five chapters.

Article 1 provides for the purpose of the law, which aims to govern the nation under a state of emergency in order to safeguard national security and public order, to protect citizens’ lives and public health, and to protect properties and environment.

Article 4 states that a state of emergency can be declared when the people face dangers such as war or foreign invasion, public health concerns caused by pandemics, serious chaos to national security and public order, and severe calamity.

Article 5 stipulates specifically restrictive measures that can be taken by the government. These include prohibition of or restrictions on traveling, freedom of assembly and work; quarantine; mobilization and evacuation; governing of properties and services; price management; closures of facilities; information monitoring; and other measures deemed necessary to respond to emergencies. These measures can be applied nationwide or over a specific geographical scope.

Article 10 says the conduct of state authorities is also governed by this law. Officials who conduct arbitrary abuse of power in contravention to the purpose of this law shall be punished under the laws of Cambodia

The law was prepared in accordance with Article 22 of the Constitution, which stipulates that: “When the nation faces danger, the King shall make a public proclamation placing the country in a state of emergency after unanimous agreement from the Prime Minister, the President of the National Assembly, and the President of the Senate.”
=FRESH NEWS 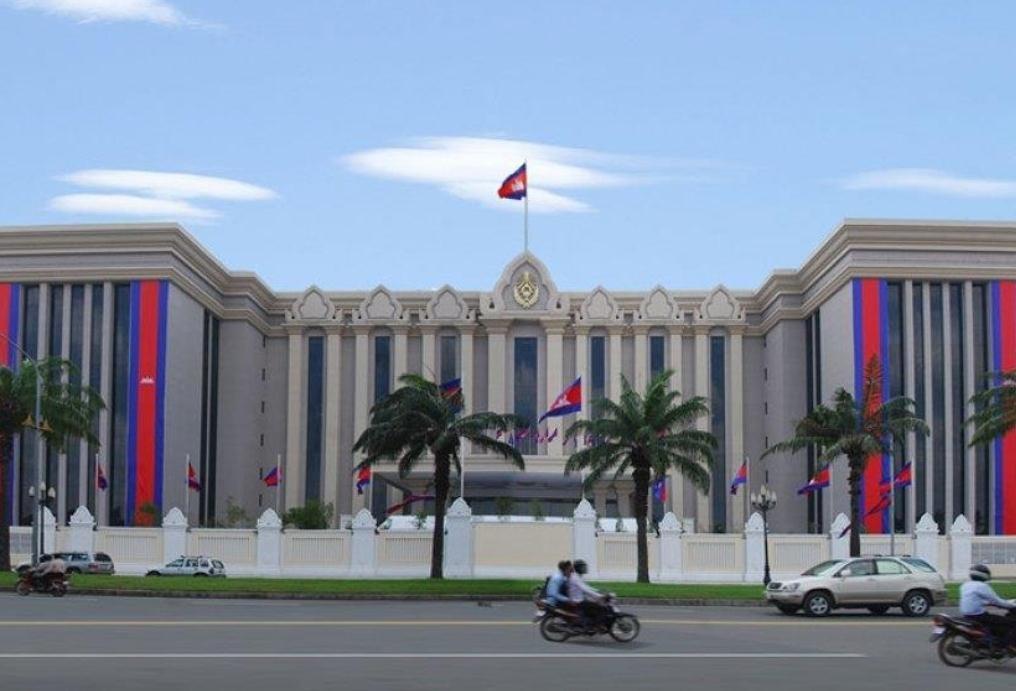 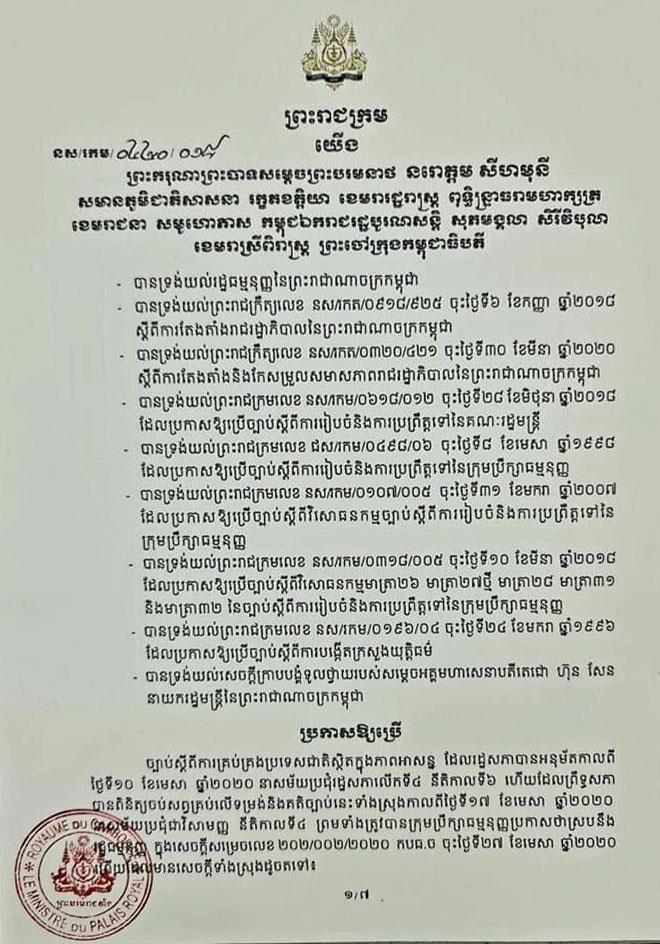 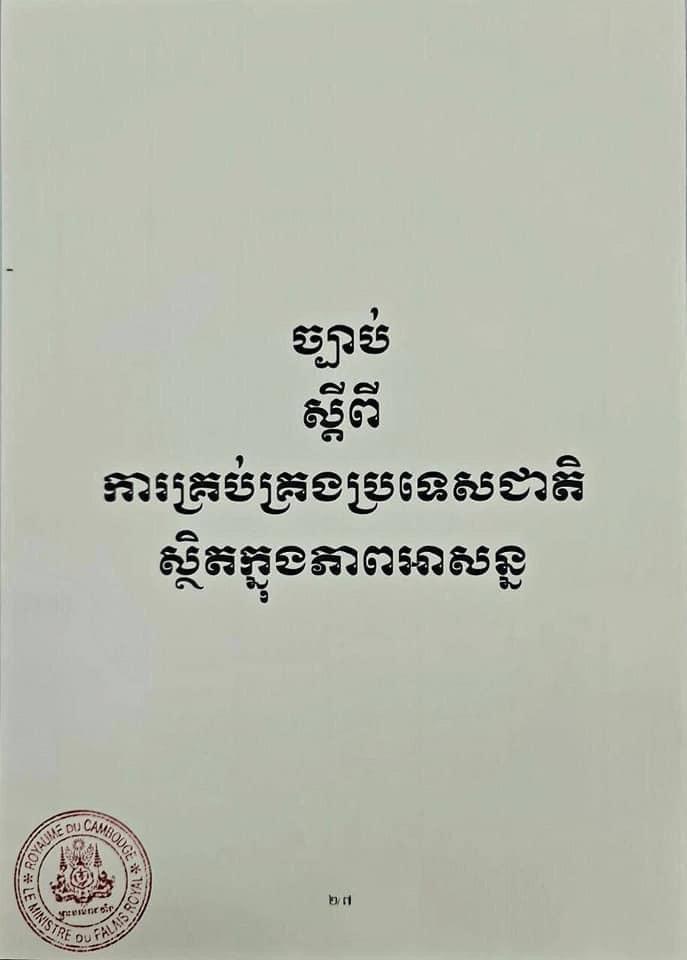 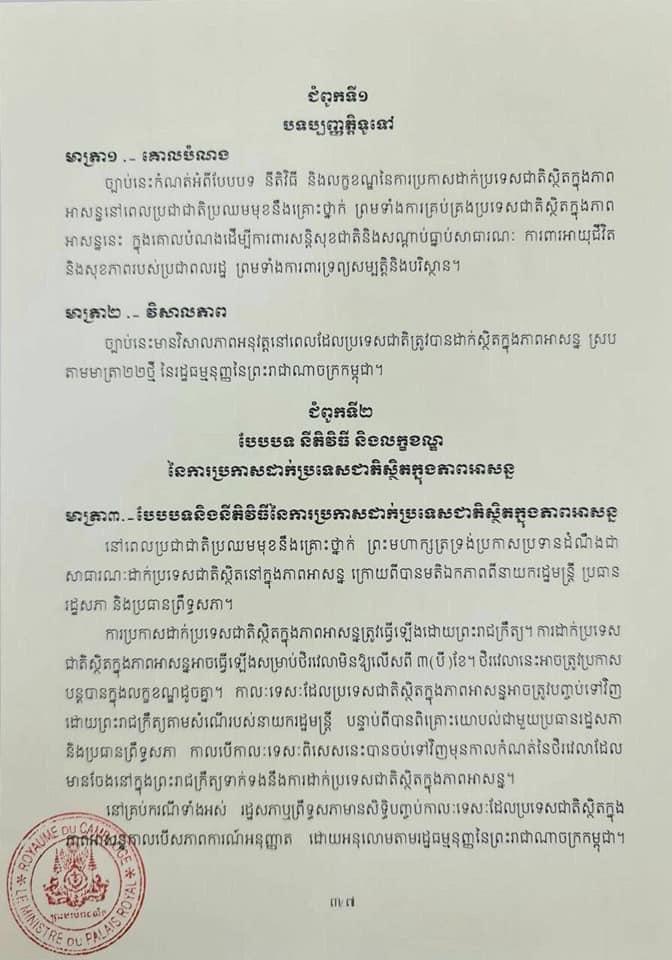 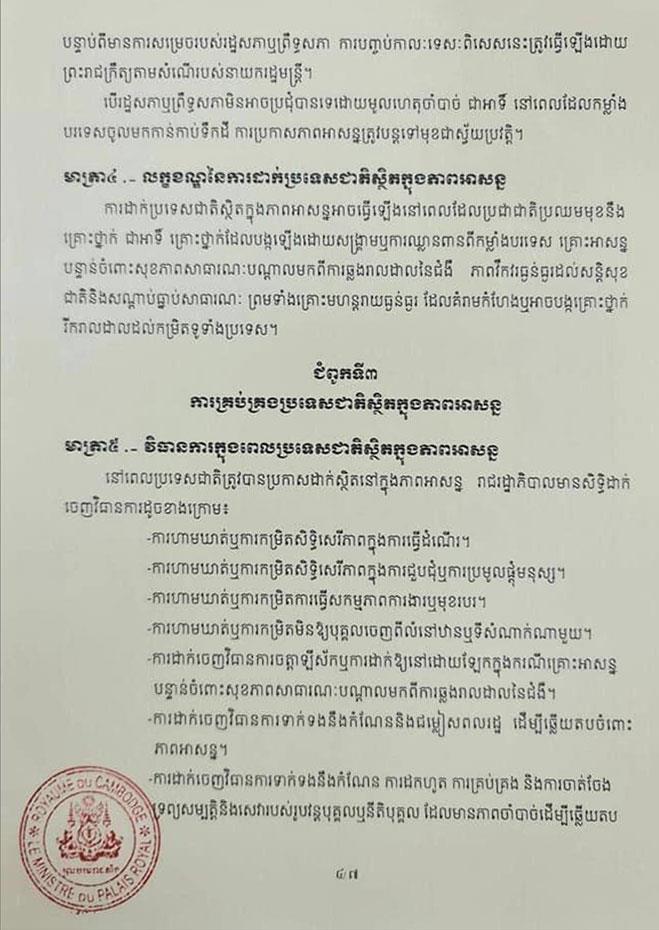 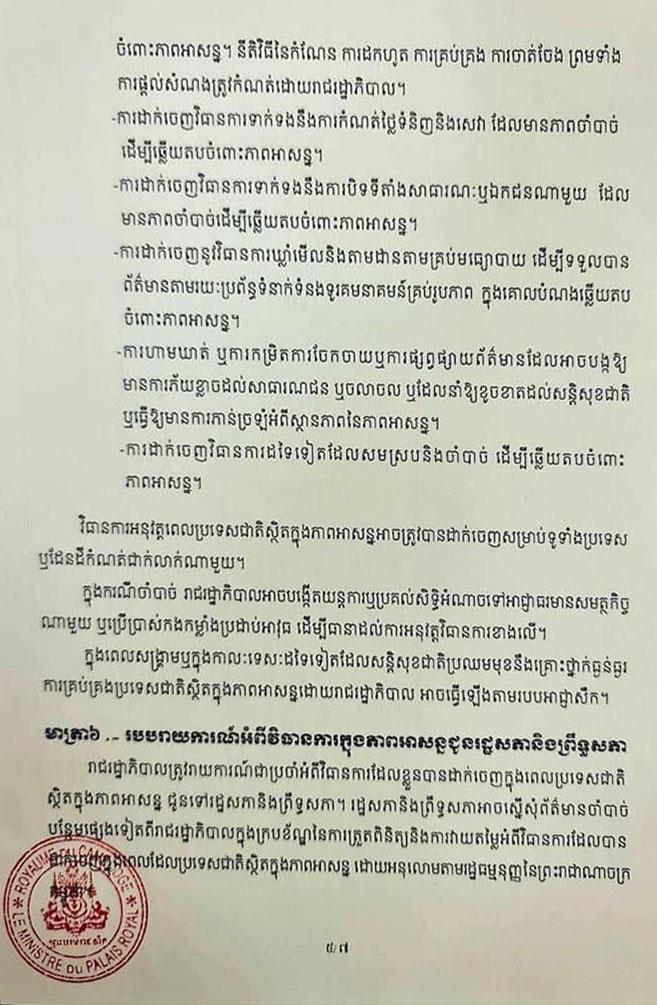 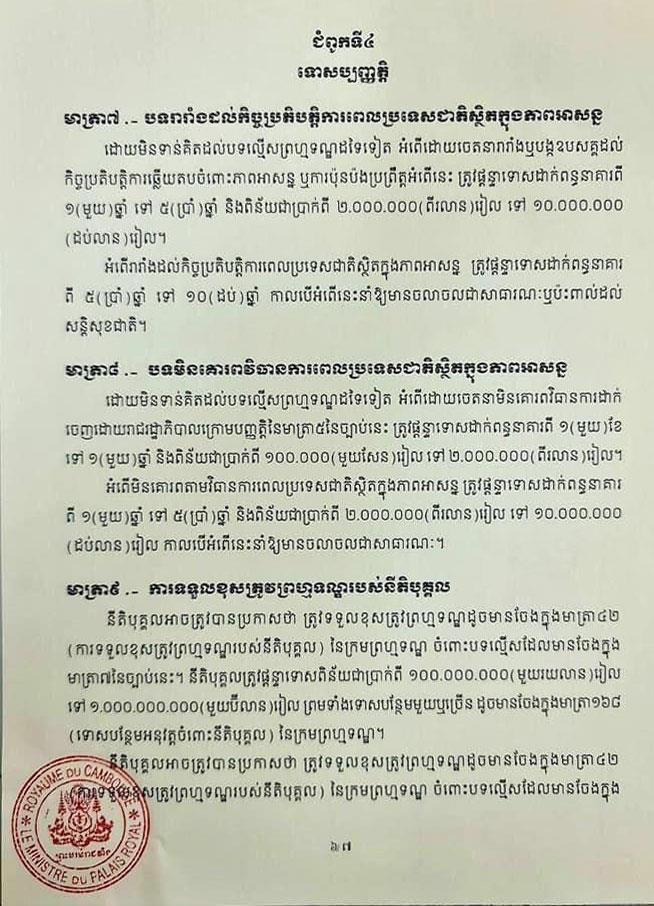