Comparing stories on naval bases in Cambodia and Vietnam

As the new Cold War between the US and China is heating up, especially when the US presidential election is nearing, accusation and conspiracy theories against the so-called China’s vassal states such as Cambodia have also taken the headlines.

One critical question for any sane reader is that how can one reconcile their own conscience and logic when Cambodia had been seriously attacked on the mere rumour of a military base while the already existing deal and practice of foreign access to military bases in some other countries have been immune from criticism by those writers?

Among others, David Hutt and Carlyle Thayer have been fierce attackers against Cambodia but they have never hidden their sympathy towards Vietnam. Comparing their stories on Cambodia and Vietnam, one cannot comprehend how to define communism, capitalism, authoritarianism, dictatorship, strategic interest and convenient affection.

David Hutt is a go-to writer and encyclopaedia on all-thing-bad about Cambodia. He can write weekly and has great talent in spotting everything wrong about whatever Cambodia is doing, including the recent COVID-19 measures. It is a question whether he has really been to Cambodia recently. It is also doubtful whether he has ever talked to real people or real policy-makers in Cambodia beside reading the anti-Hun Sen sources such as the likes of Human Rights Watch and Global Witness, which are the conveniently anti-Hun Sen machines.

David Hutt stirred the first rumour about the Chinese naval base in Dara Sakor in Koh Kong province without even the slightest evidence on the ground or information cross-checks, a basic code of ethics that is required in journalism. Carlyle Thayer followed suit giving his in-depth analysis on debt-trap diplomacy, sustaining Hun Sen’s regime survival, concern on loss of sovereign independence, concern on China’s military presence, regional security etc. When the stories die down another rumour appears on Ream naval base in the Preah Sihanouk Province. George Orwell said in his famous book 1984 that “first they steal the words, then they steal the meaning”. This is what writers such as David Hutt and Carlyle Thayer are doing with their smearing campaign against Cambodia.

But fact is still fact and the most reliable and verifiable means to kill their rumours is to check with foreign military attaches who have visited these two sites in person. Again, why do they need to care about accuracy and facts?

The most shocking article is when Carlyle Thayer wrote about the possibility of leasing Vietnam’s Cam Ranh Bay to the US published in The Diplomat on May 6. According to him, there is nothing wrong about Vietnam’s doing so. As an acclaimed academic, he single-handedly can find all the legal, political, and strategic justifications for Vietnam’s actions. And it seems to him, everything is alright with whatever Vietnam is doing.

From Carlyle Thayer’s article, it is possible to draw the following theories. Firstly, it is possible to provide services to foreign military ships at civilian facilities in Cam Ranh Bay as had been done to the USNS Richard E. Byrd in August 2011 and June 2012; the USNS Walter S. Diehl in October 2011 and the USNS Rappahannock in February 2012. Secondly, Carlyle Thayer wrote that Russia can have special access rights to Cam Ranh military port because the Vietnam naval fleet is largely Russian constructed. This point needs further verification. Suppose that a country’s naval fleet is Chinese-constructed, would it be alright to allow China’s access to that military port? Or can it be recognised for any other foreign countries except China? Thirdly, Thayer seems to suggest that if Vietnam is put under “circumstances and specific conditions” and, as long as the services to a foreign naval fleet is merely a stop-over that is not long-term basis, it is justifiable and acceptable.

After all, Carlyle Thayer seems to suggest that rumour in Cambodia is actually more dangerous than existing deals and real practice on the ground in other countries. Therefore, the most secure way to evade such rumour is probably to find Carlyle Thayer and David Hutt on your side. But how do countries do that?

Leap Chanthavy is a Cambodian analyst based in Phnom Penh
Khmer Time. 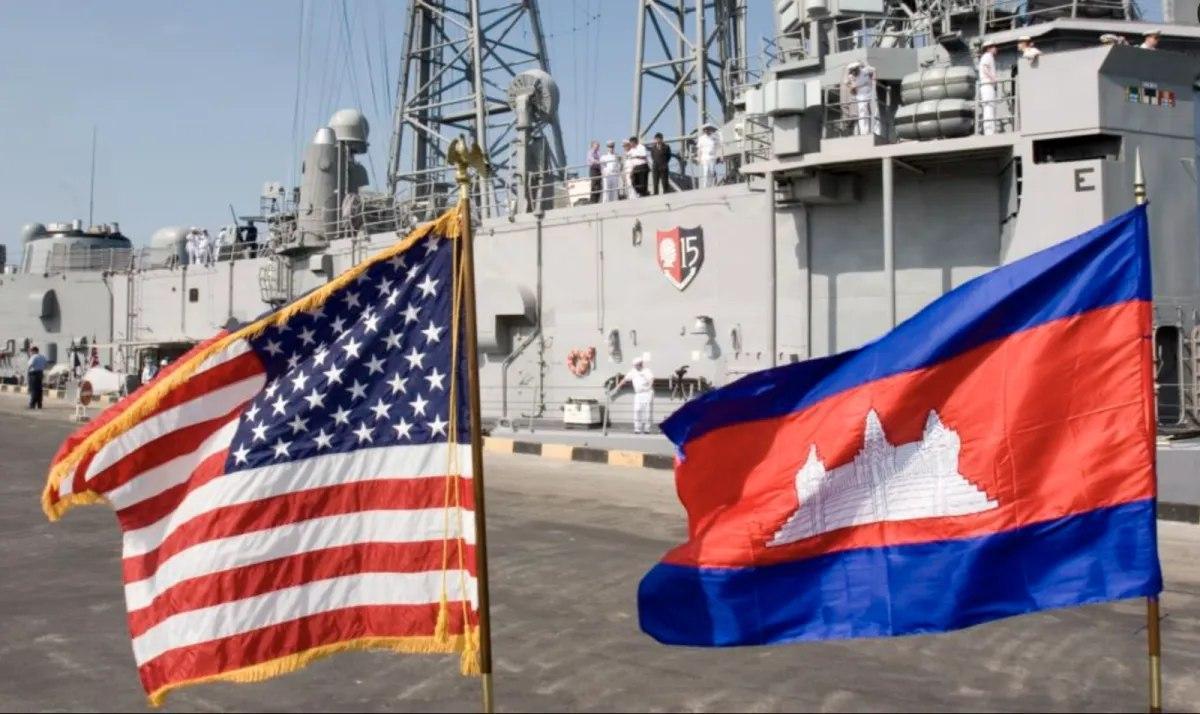