Tbong Khmum (FN), May 22 – The Mekong River, which runs across six countries including Cambodia, is 4,200 km long and covers a total area of 2.6 million square kilometers. The Mekong River is an important source of water for Cambodians to do farming and fishing for their livings. With countless advantages, the Mekong River also serves as a barrier to Cambodian territory, as it makes it difficult for people living along the river to commute.

Kroch Chmar district in Tbong Khmum province is located along the Mekong River where most people fish and farm. Every day, people usually bring their fish, fruits and vegetables to sell at the market in Stung Trang district, Kampong Cham province by traveling on small boats and then switch to ferry three years ago.

When traveling on small boats to Stung Trang district, people living there said that when they crossed the boat to sell fish, vegetables, and fruits, they encountered many difficulties, including boat sinking in the middle of the river. Sometimes heavy rain stopped them from traveling and forced them to keep their products at home instead. Sometimes they are forced to rent a boat in a high price when the villagers get sick in the middle of the night or the pregnant women give birth.

A resident of Kroch Chmar district, Tbong Khmum province, Chrech Saem described her hometown as an isolated island separated by a large river. The 43-year-old woman, who has a small business at home, added that since her district is far from the Kizuna Bridge, locals often travel across the Mekong River in small boats.

“It is very difficult when we get in a very small boat to cross the river. There have been cases of boat sinking. Sometimes when we are halfway, the sky is raining, and we cannot stop… We continue our rides and big waves make us difficult.”

Besides facing risks, crossing by boat is also costly to bring products to sell at market, which caused people to lose their income. If they can not come back home on time, they have to rent a boat that costs about 60,000 Khmer Riel (USD 15); otherwise, they have to stay overnight, and cross the river in the morning.

Mr. Ror Sato, a Cambodian-Muslim citizen living in Kdul Kandal village, Trea commune, Kroch Chmar district, Tbong Khmum province said, “At first, he served as a boat rower carrying people to cross the river by his rowing boat; then as a fisherman but the boat had no machines. Later, we have larger boat that could carry more motorcycles and people, but not cars. Now, we have ferry to use and it costs 5,000 riels (USD 1.25) to cross the boat and we need to spend more on food, which likely to reduce profits.”

Living along the river with no bridge to cross, people can not do business and can not access to health centers easily. Samthoeurn Thirith, the owner of a clinic near Stung Trang river said, "Most people come here because the market is here; if they want to buy their goods, they have to come here. Another hardship is that when people get very sick, they cannot cross the river immediately, but have to wait for the boat. Sometimes the patients' health got worst because they need at least half an hour to cross the river. Sometimes it is an emergency, and we think we can help. However, due to the delay, the patients' illness got worst," he added.

To reduce the difficulties encountered by the people living along the river located in Kroch Chmar district, Tbong Khmum province as well as the Stung Trang district in Kampong Cham province, and to fit with the slogan “With Road and Bridge, Comes Hope," the Royal Government of Cambodia decided to build a bridge across the Mekong River connecting Kroch Chmar district and Stung Trang district.
The groundbreaking ceremony for the historic bridge was held on 9 February 2018, presided over by Prime Minister of Cambodia Hun Sen, and the former Chinese Ambassador to Cambodia Xiong Bo.

The bridge has a total length of 1,131 meters and a width of 1,350 meters, a type of “the Continuous Box Girder Bridge”. In addition to the construction of the bridge, a total of 8,323 meters of road were constructed on both sides of the bridge. By the end of March 2020, the Cambodia-China Friendship Steung Trang-Kroch Chmar had achieved 90 percent efficiency despite the challenges of the Cocid-19 pandemic. The Steung Trang-Kroch Chmar bridge is scheduled to be completed in early 2021.

Fresh News TV crews were allowed to visit and learn about the construction process directly. On this hot summer day, we observed that many Cambodian construction workers worked really hard in accordance to their expertise and skills.

Chen Haojie also stressed the commitment to build the bridge to ensure its durability. To ensure the quality of the bridge, the company's engineers, as well as representatives of the Ministry of Public Works and technical consulting firms, regularly review the construction process once a month.

Chen Haojie stressed that: "Prior to steel and concrete put into place, we must check to ensure that the quality of the steel. Also, when welding and binding steel, there must be a quality check to ensure that the steel is technically strong. The length and the width of the bridge must be built according to the plan. At the same time, we must constantly train Cambodian workers to learn the techniques in order to build their own bridges in the future, and we also follow the design of the plan to be effective, high quality, safe and on a timely manner for people of both sides of the river”.

Currently, the Steung Trang-Kroch Chmar Bridge has covered 50 percent of the river, and it has also seen the form of the bridge standing firmly on the river. The people of Steung Trang and Kroch Chmar that sailed across the Mekong River often cast their eyes on the unprecedented bridge over their homeland.

Chrech Saem said: "I am happy even before they open construction. When they come to study the site and move from one place to another, I am hopeless. When they finally decide to choose the site, I am happy because it is close to my house and the houses of villagers living in the area. We will be more comfortable to run businesses whether it is late at night or when we are from somewhere. It will be easy for us to cross the river, so we do not need boat or ferry anymore”.

A 50-year-old Cambodian-Muslim man facing difficulty in crossing the river Ror Sato said: “we are happy to know the existence of the bridge; wherever we go, we do not have to worry. If we miss the ferry, for example, we have to sleep overnight; however, if there is a bridge, wherever we go, we can get home at any time and there is no need to sleep overnight or rush to take the ferry”.

Samthoeurn Thirith, a clinic owner, said: “Thinking about benefits, it is very good. Even the bridge has not been completed, the land price has increased, and we expect the economy here to be stronger once the bridge is done. Before and now, people on this side are convenient to come to me, but the other side face difficulties. If there is a bridge, we will be close together and the market and people on the other side will be able to come fast, so the service we provide them can be on a timely manner.”

In addition to expressing their joy at the construction of the bridge, people from both Kampong Cham’s Stung Trang district, and Tbong Khmum’s Kroch Chmar district expressed their gratitude and thanked Prime Minister Hun Sen, the head of the Royal Government of Cambodia, who always seek assistance and development partners to build Cambodia in order to thrive in all sectors. People also thanked the Chinese government for providing assistance to Cambodia, whether in a form of aid or loans, because every assistance extended has promoted Cambodian living standard to the next level.

Chrech Saem continued: "Thank to Cambodian government for their efforts to build the nation and request China for assistance, especially having the bridge built. The villagers and I are very happy that we have a bridge. Thanks to Samdech and the Chinese government for their cooperation in the bridge project in Kroch Chmar district”.

Samthoeurn Thirith continued: “I would also like to thank the Chinese government for sponsoring this bridge for our people in the Steung Trang-Kroch Chmar districts. With their support, I believe it will greatly improve the lives of people, as it would largely reduce poverty. And I would also like to thank Prime Minister who has found great partners to help develop our country, and that great ties and partnerships have made our country prosperous”. 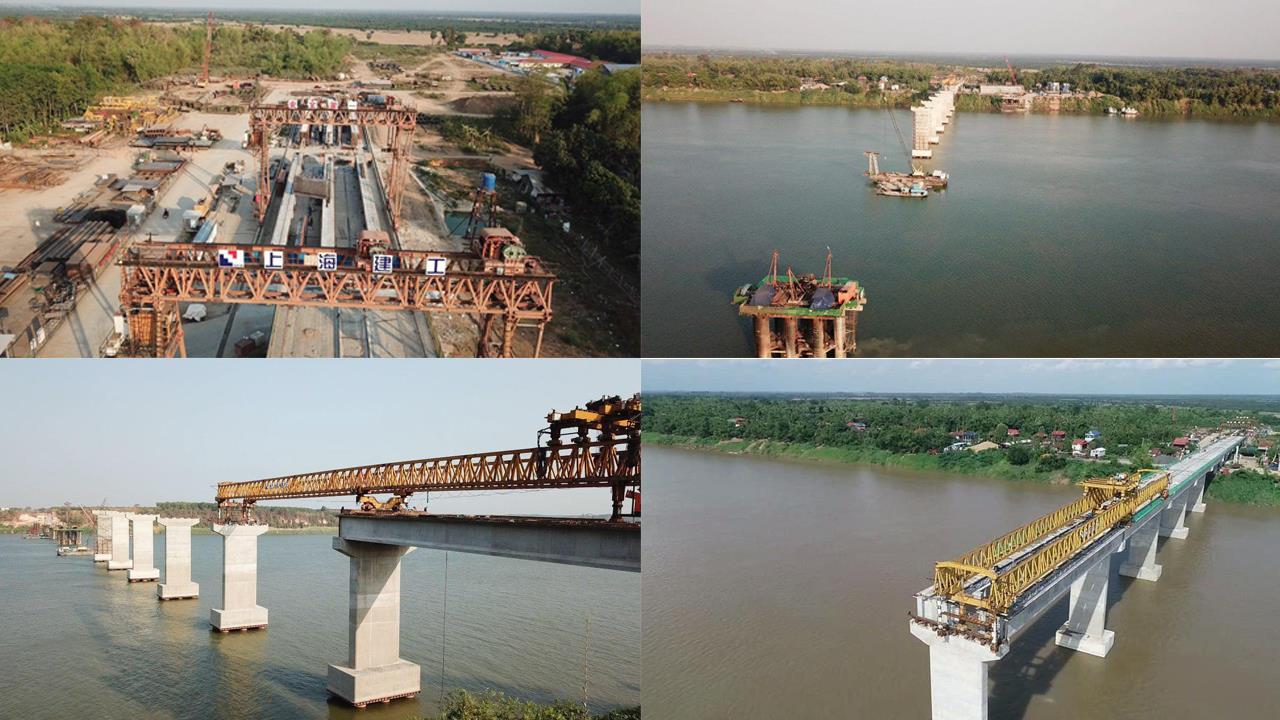 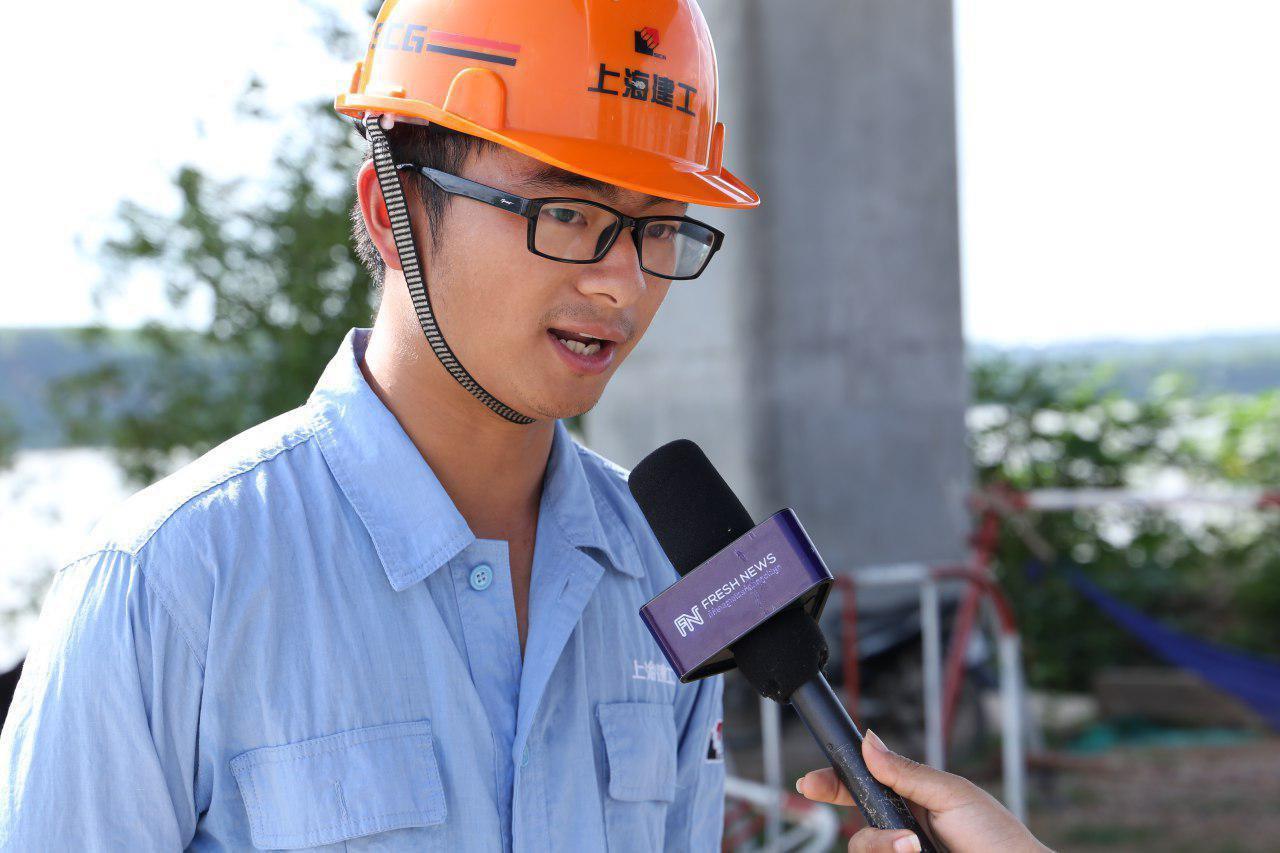 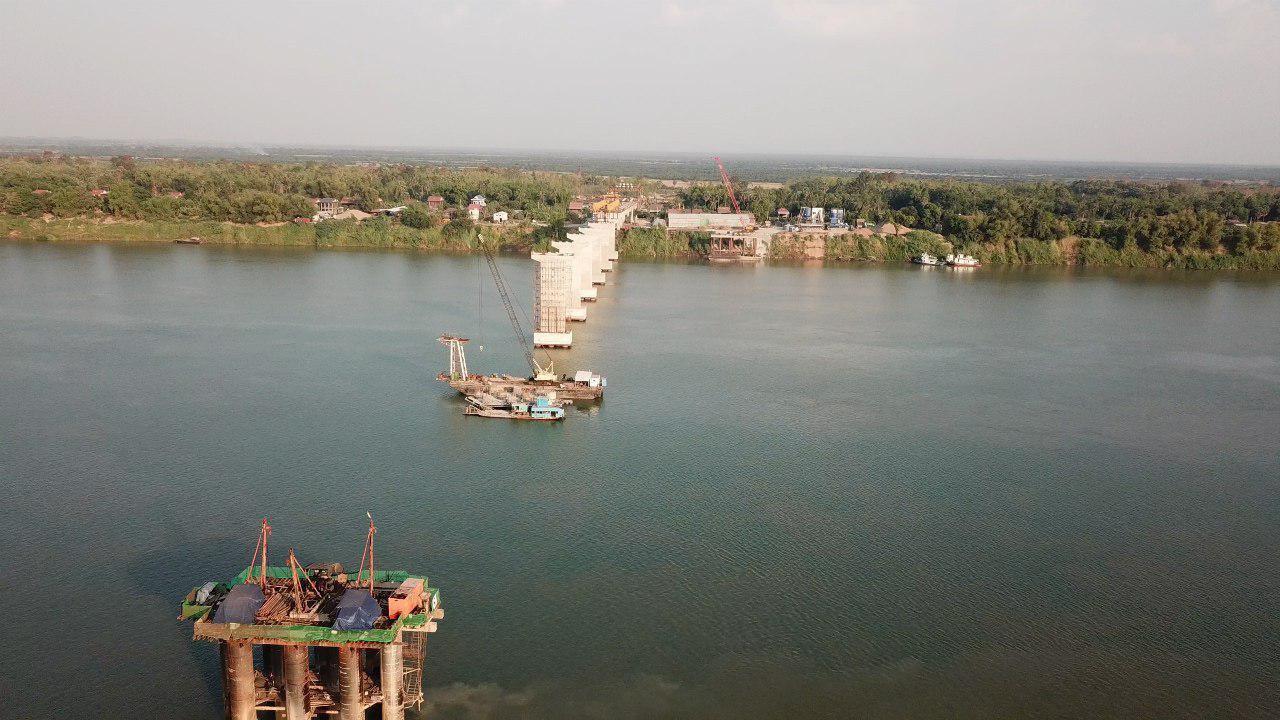 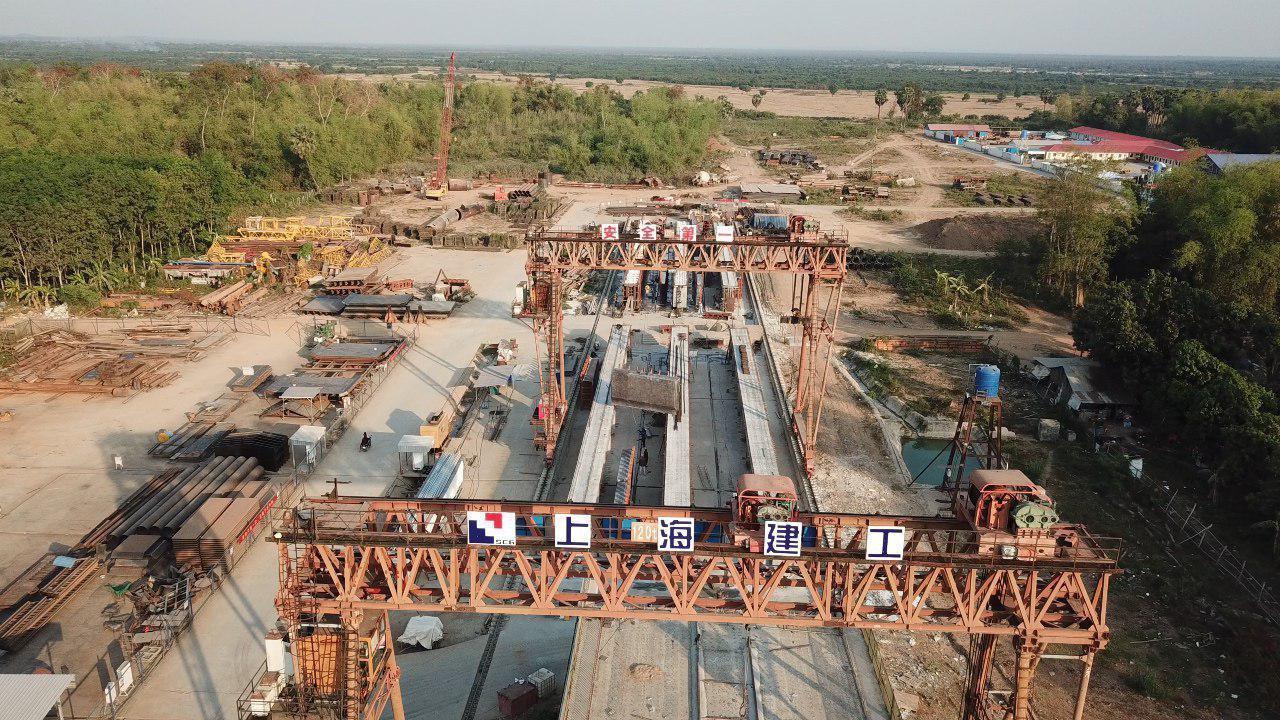 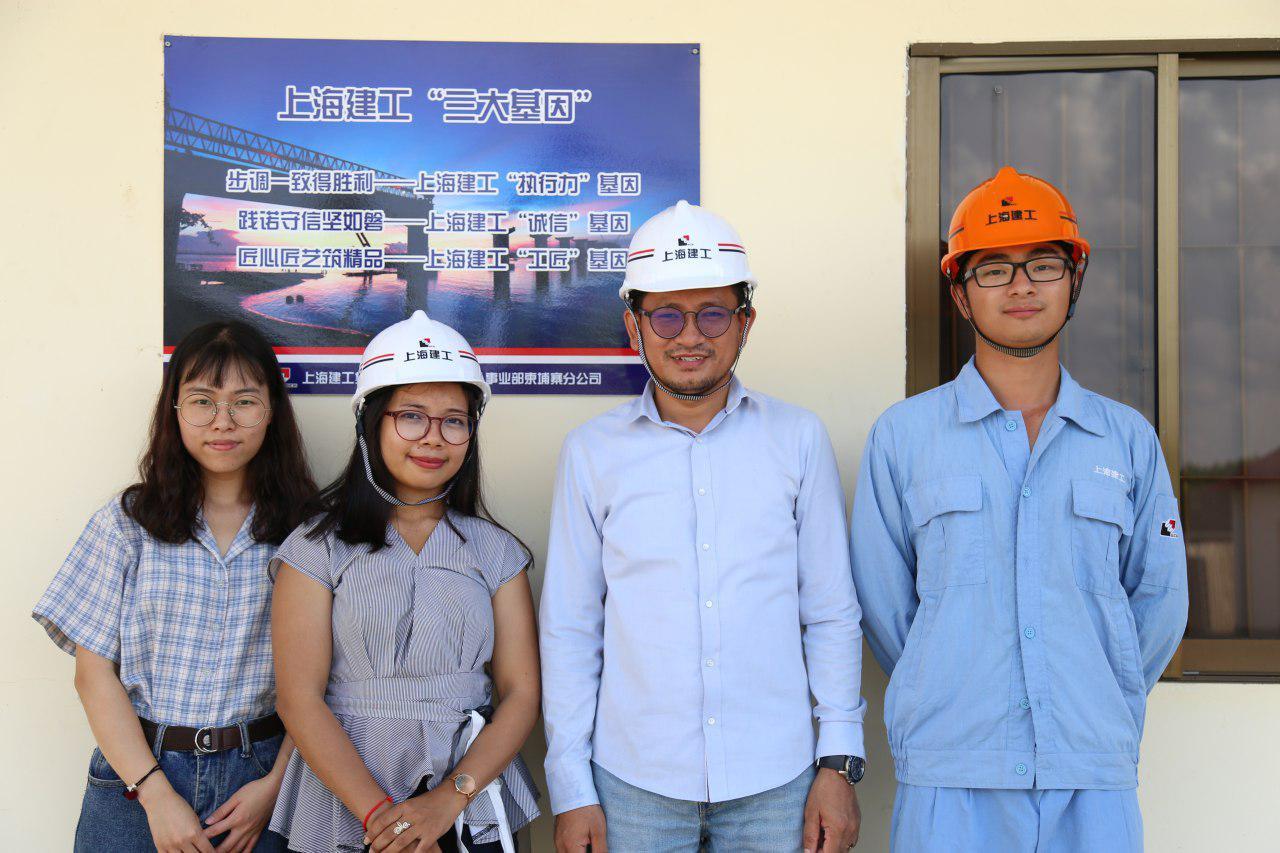 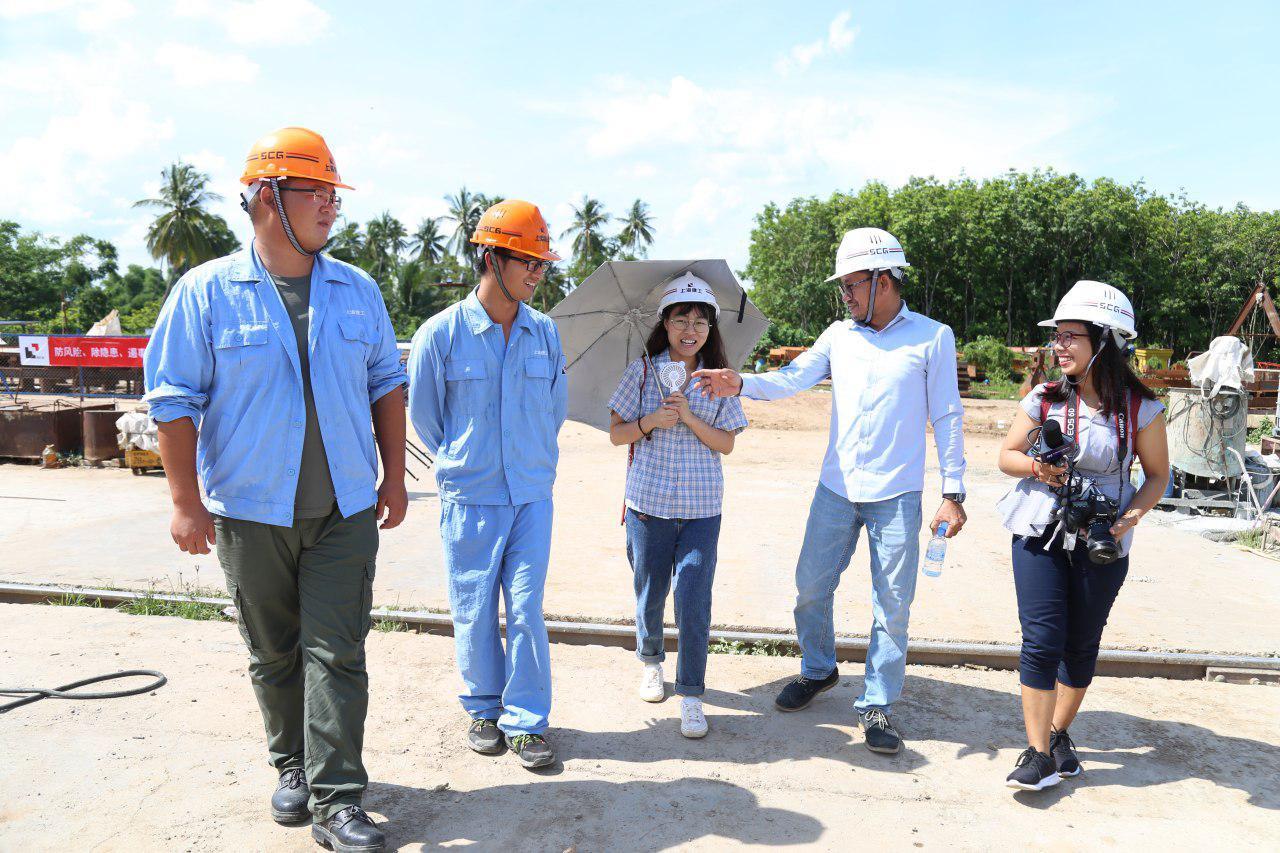 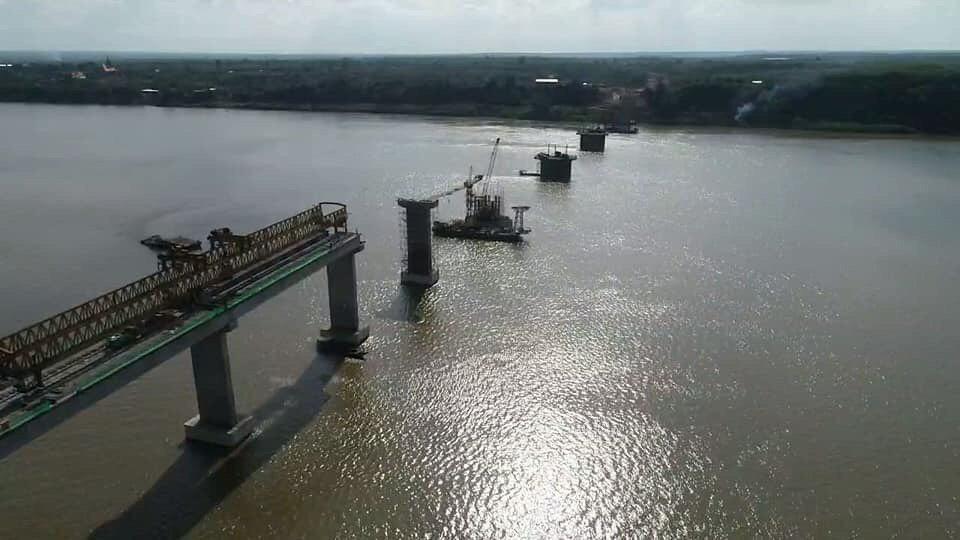 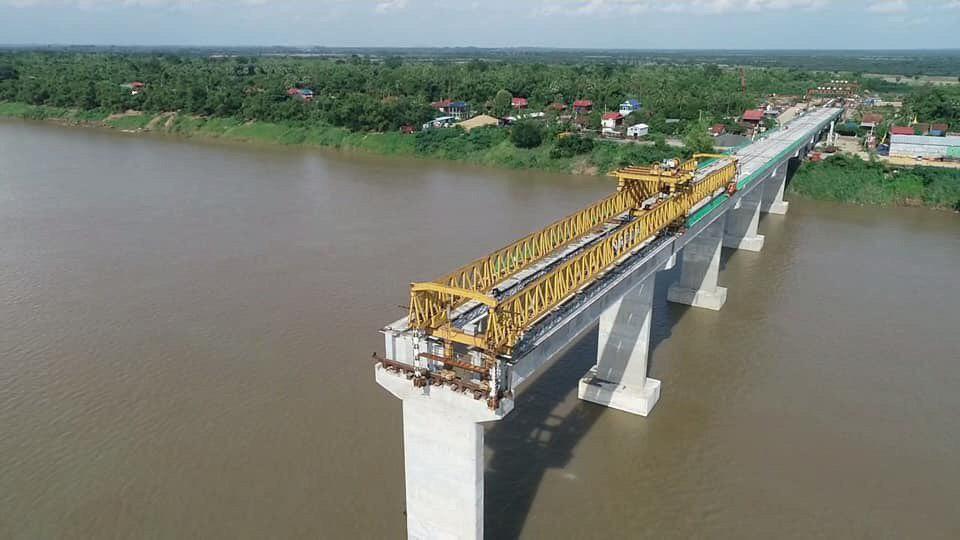 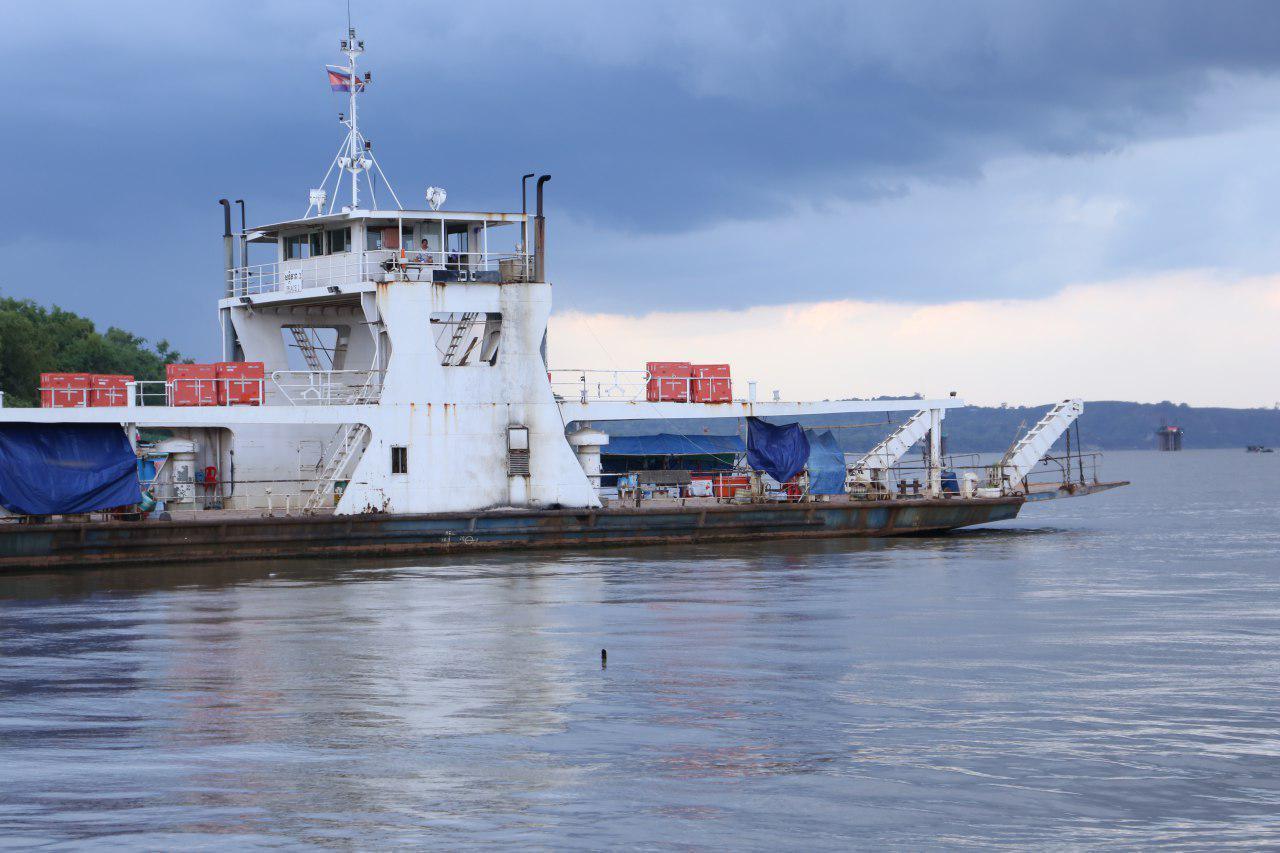 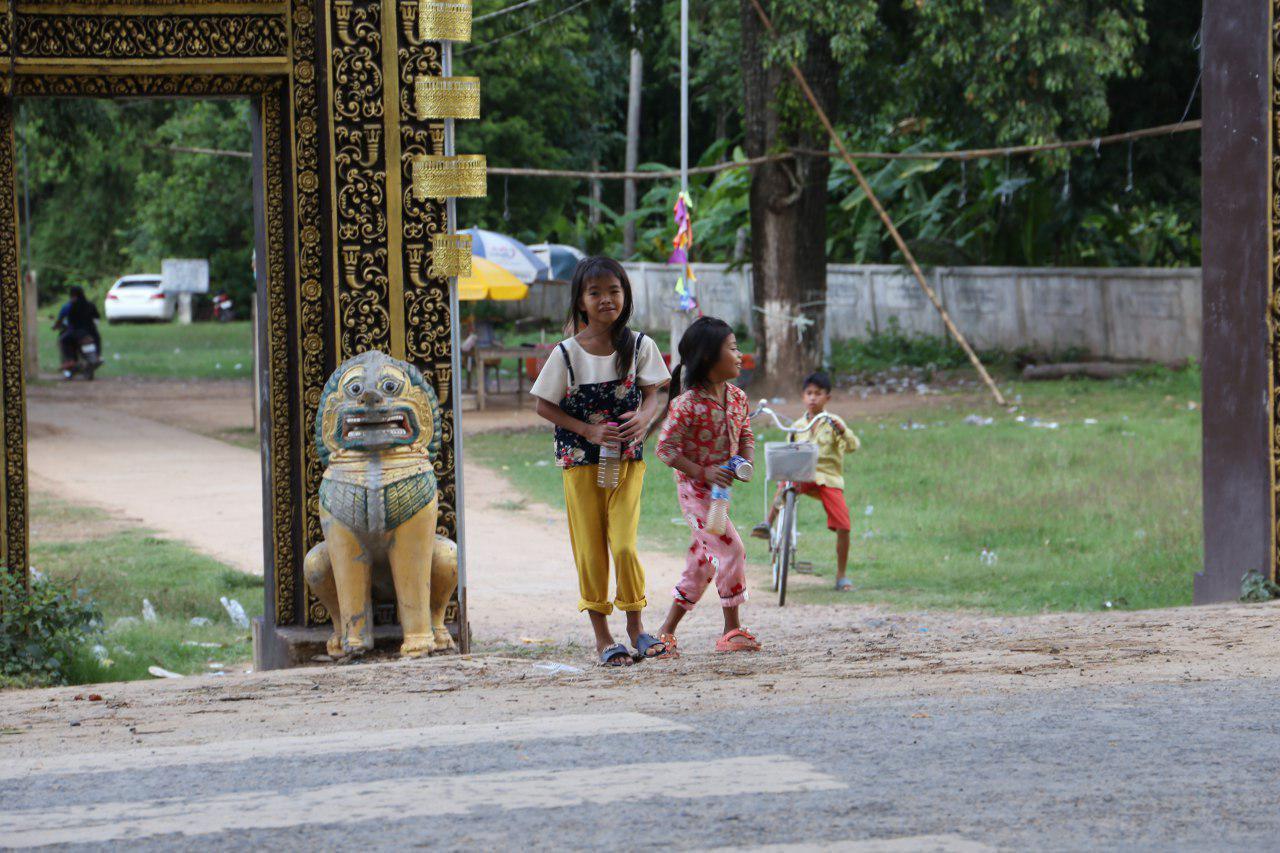 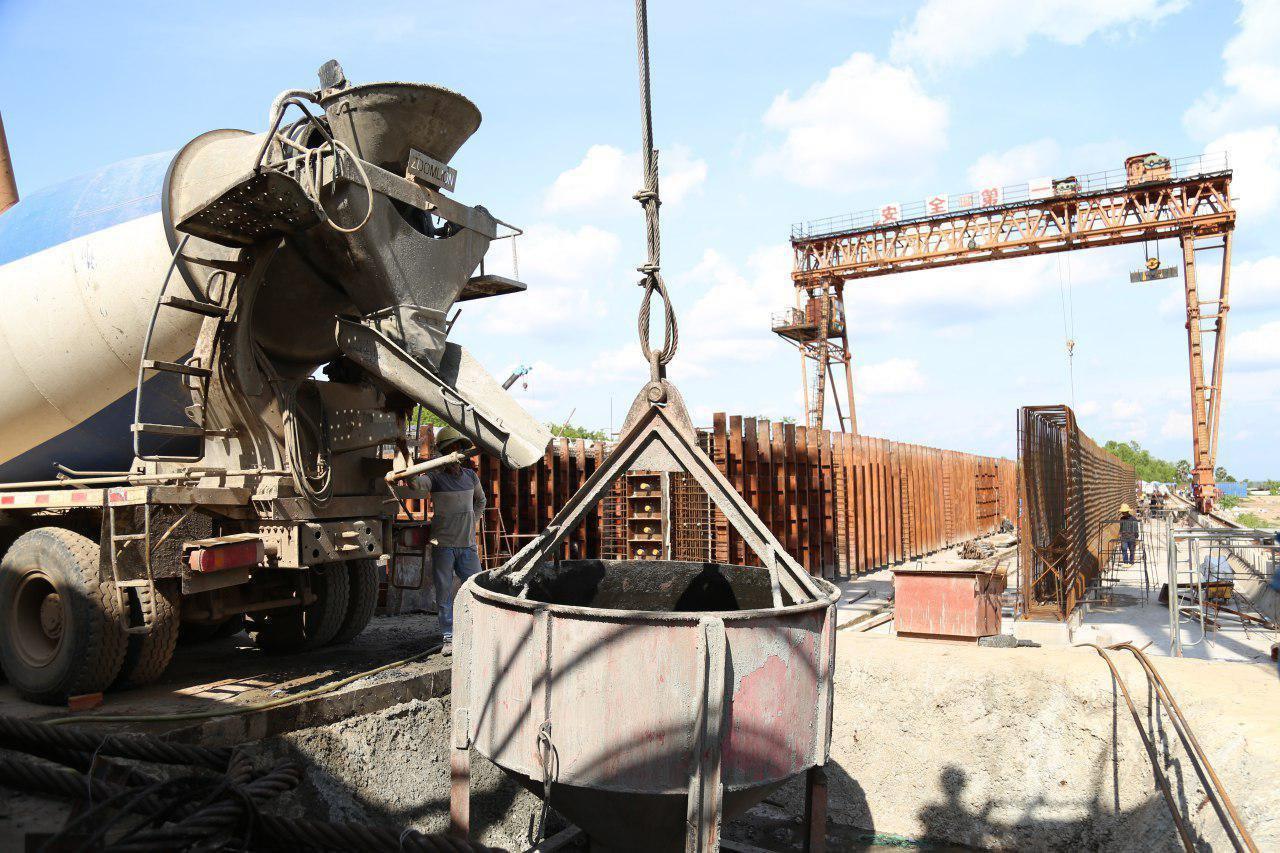 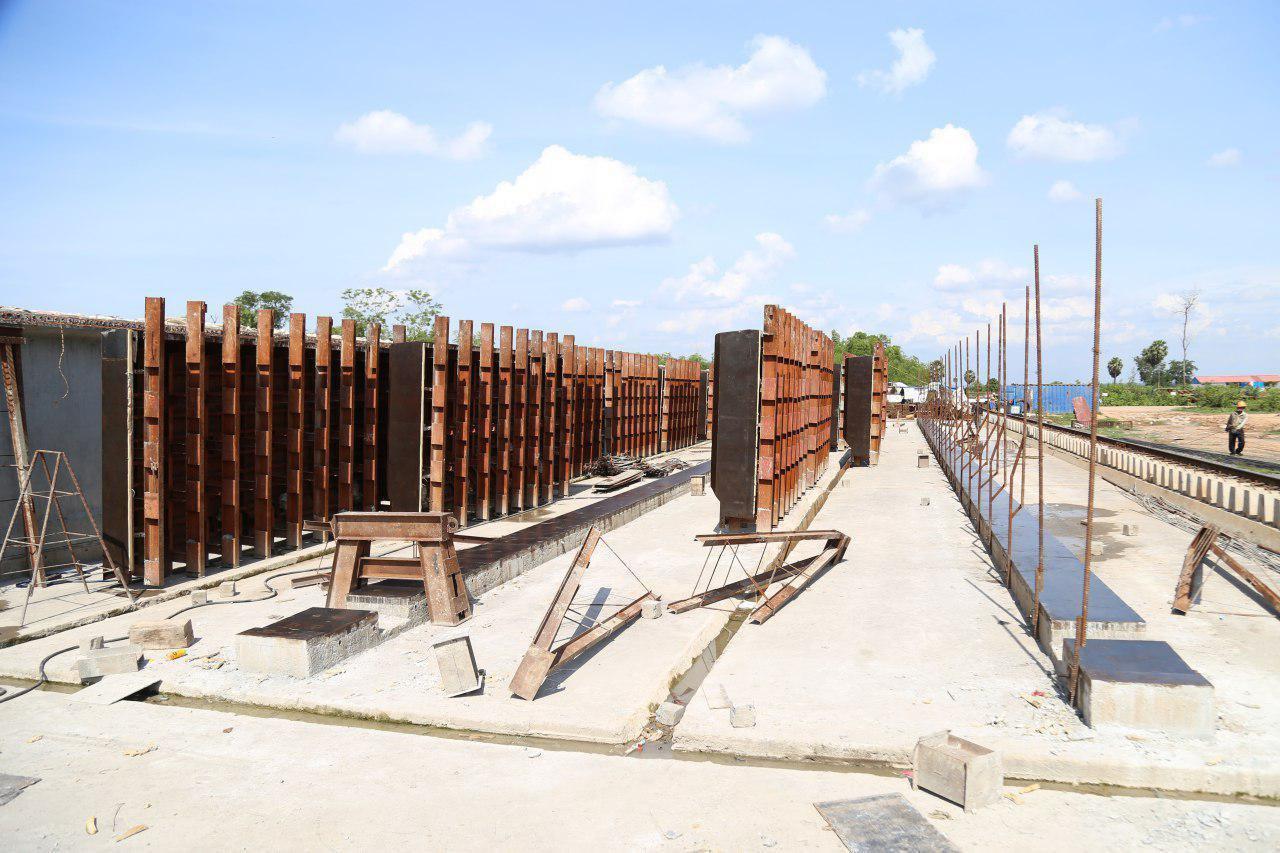 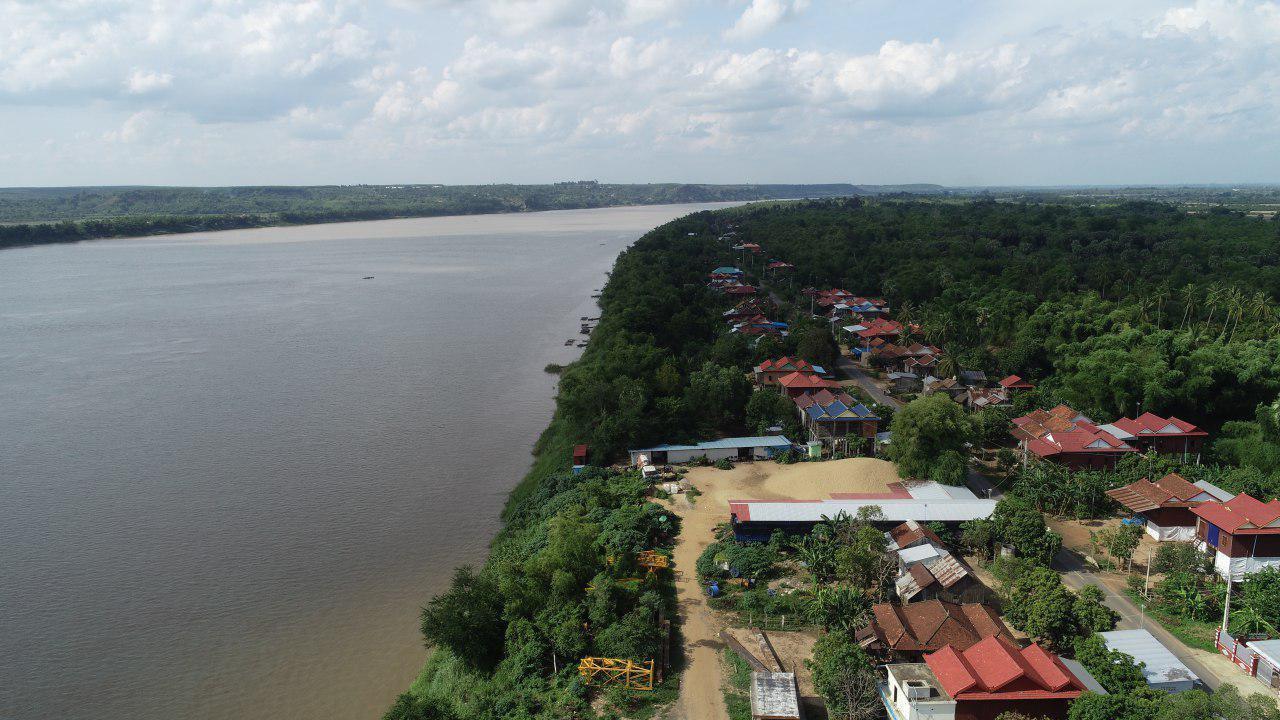 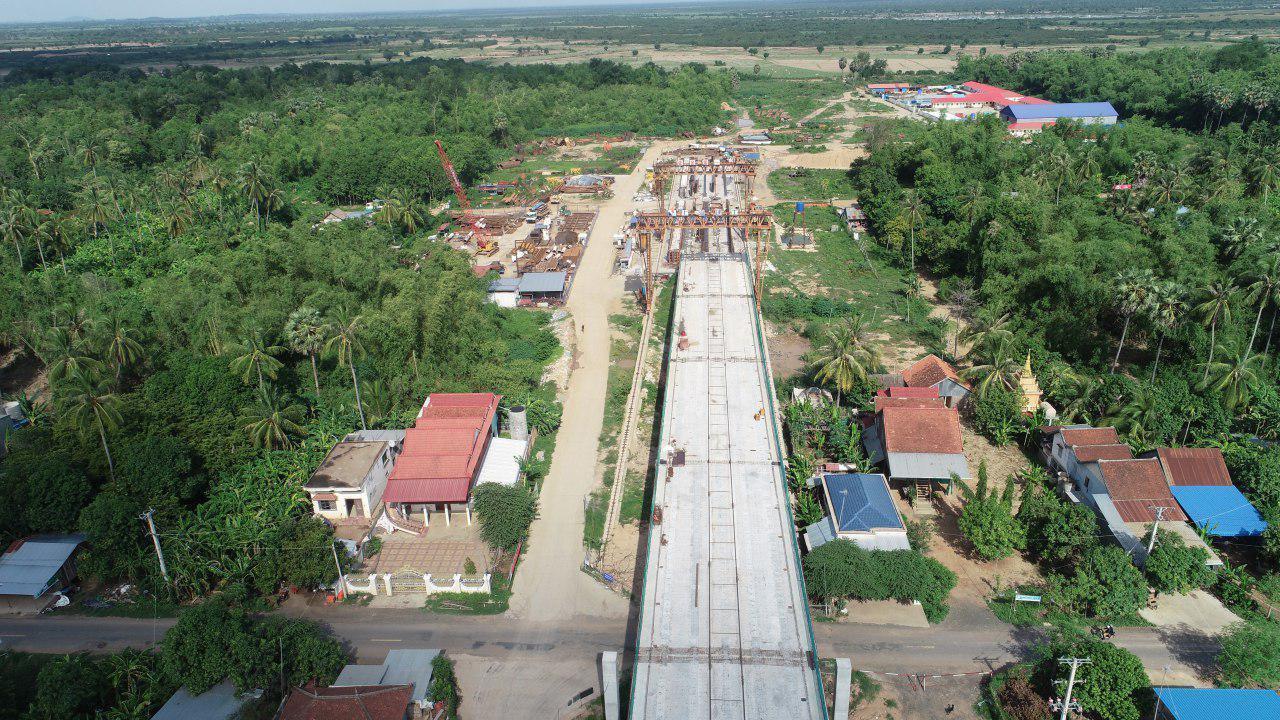 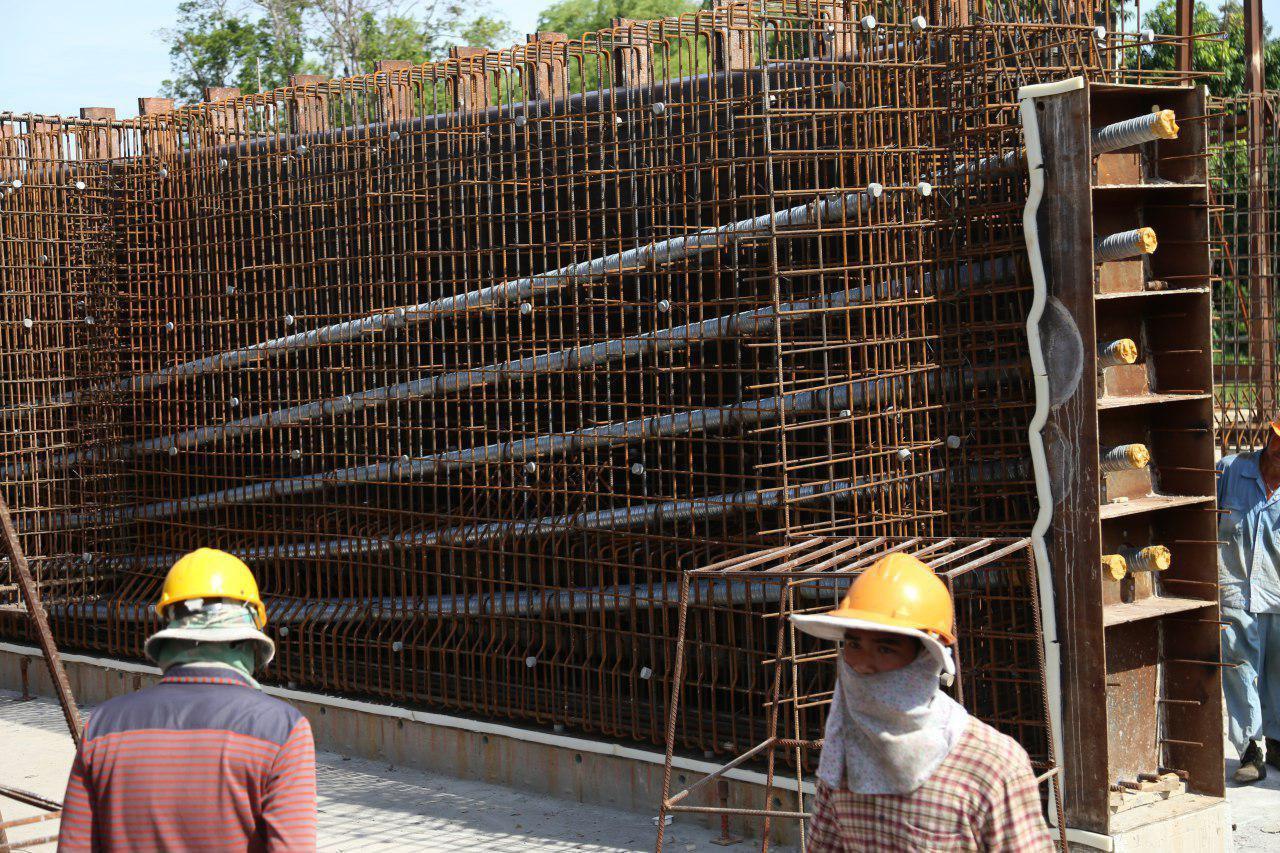 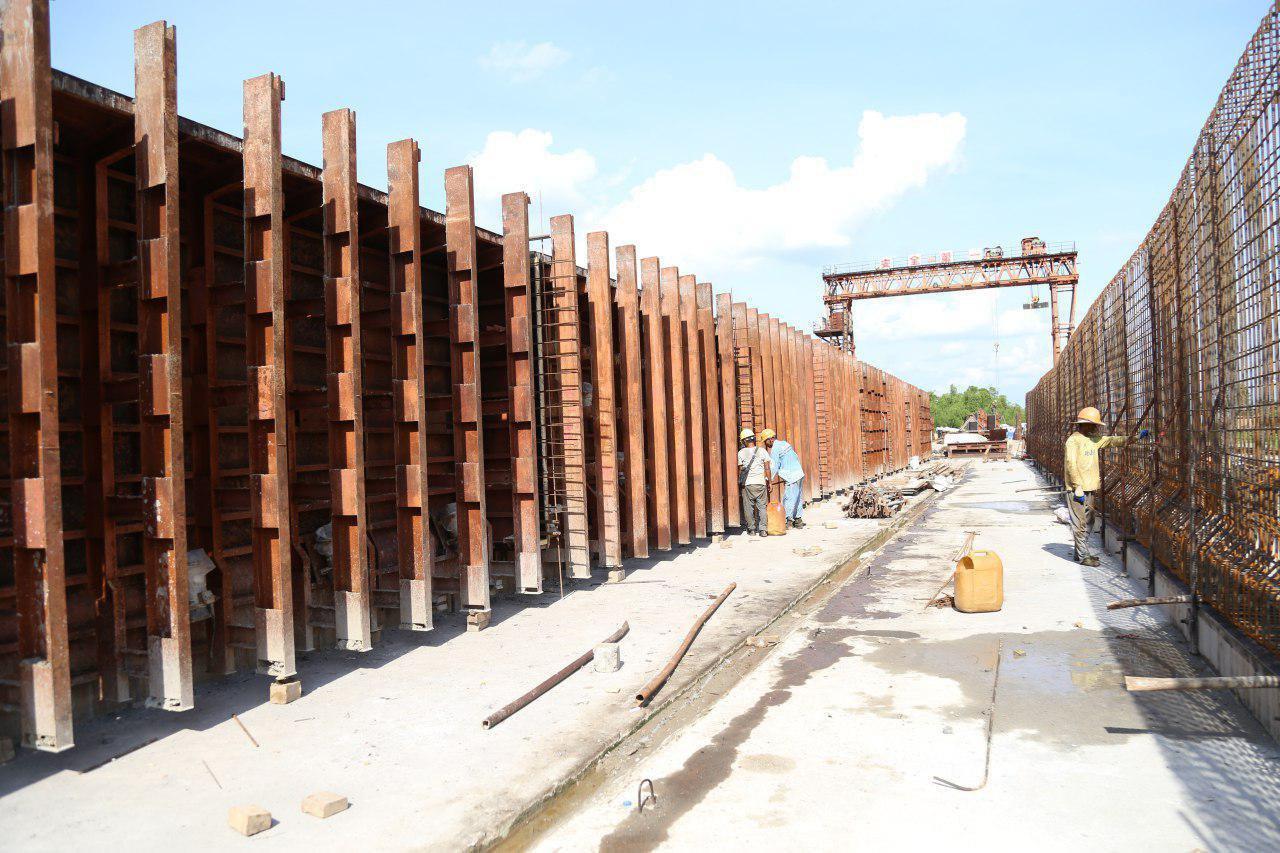 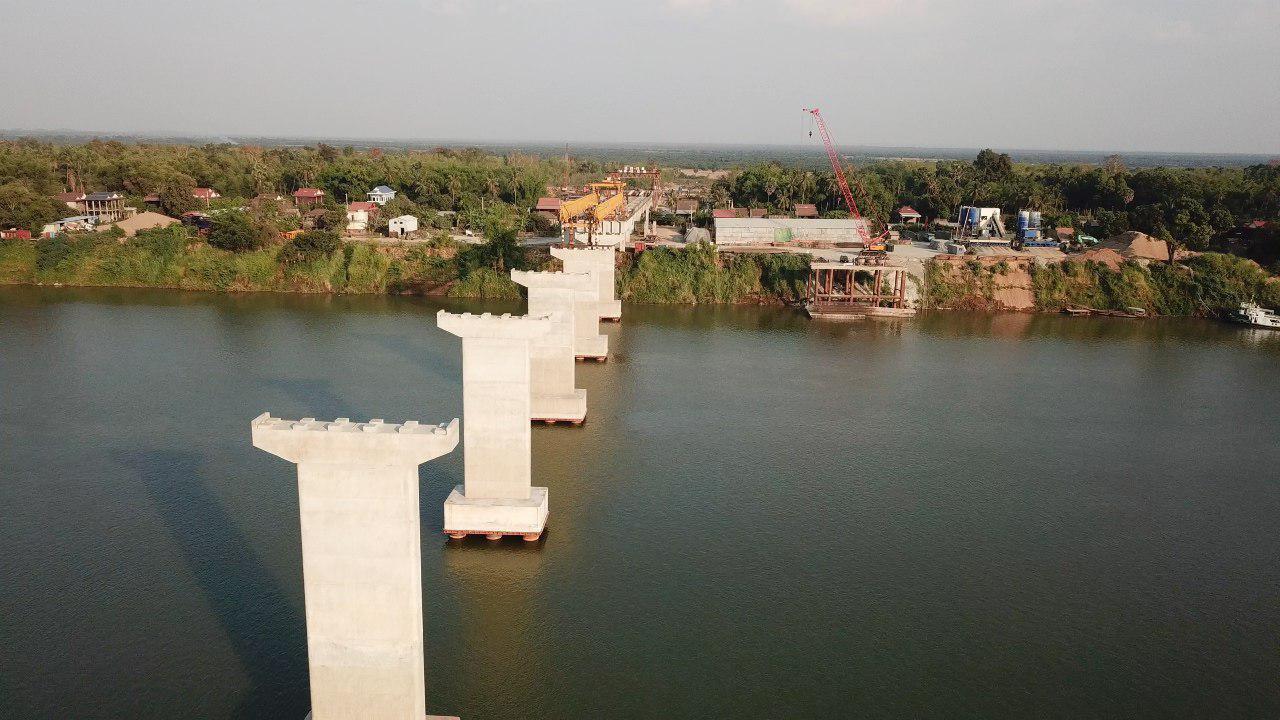 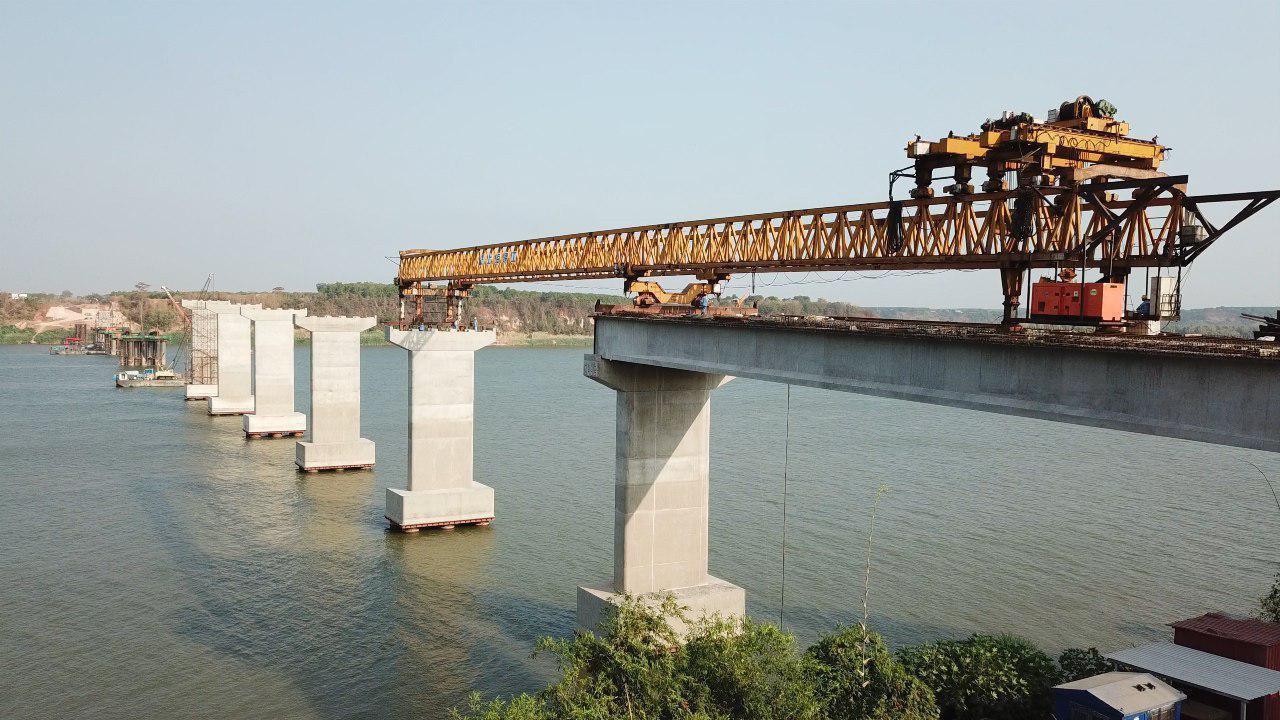 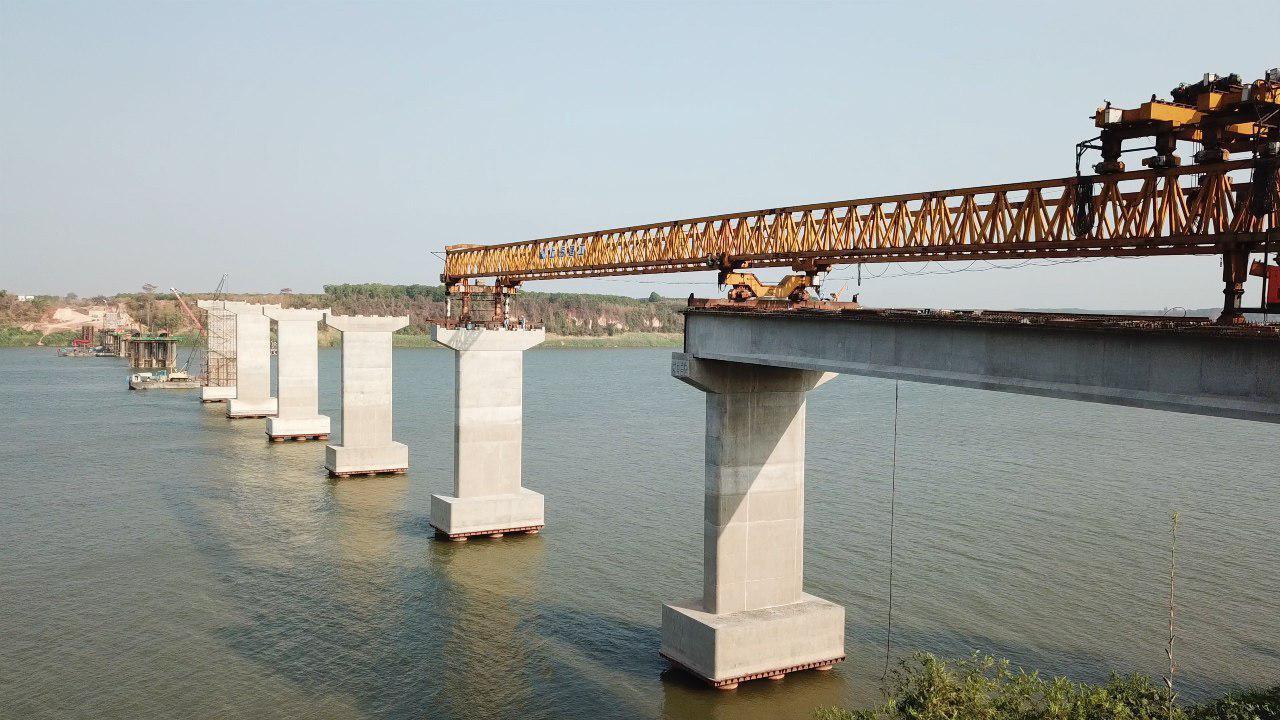 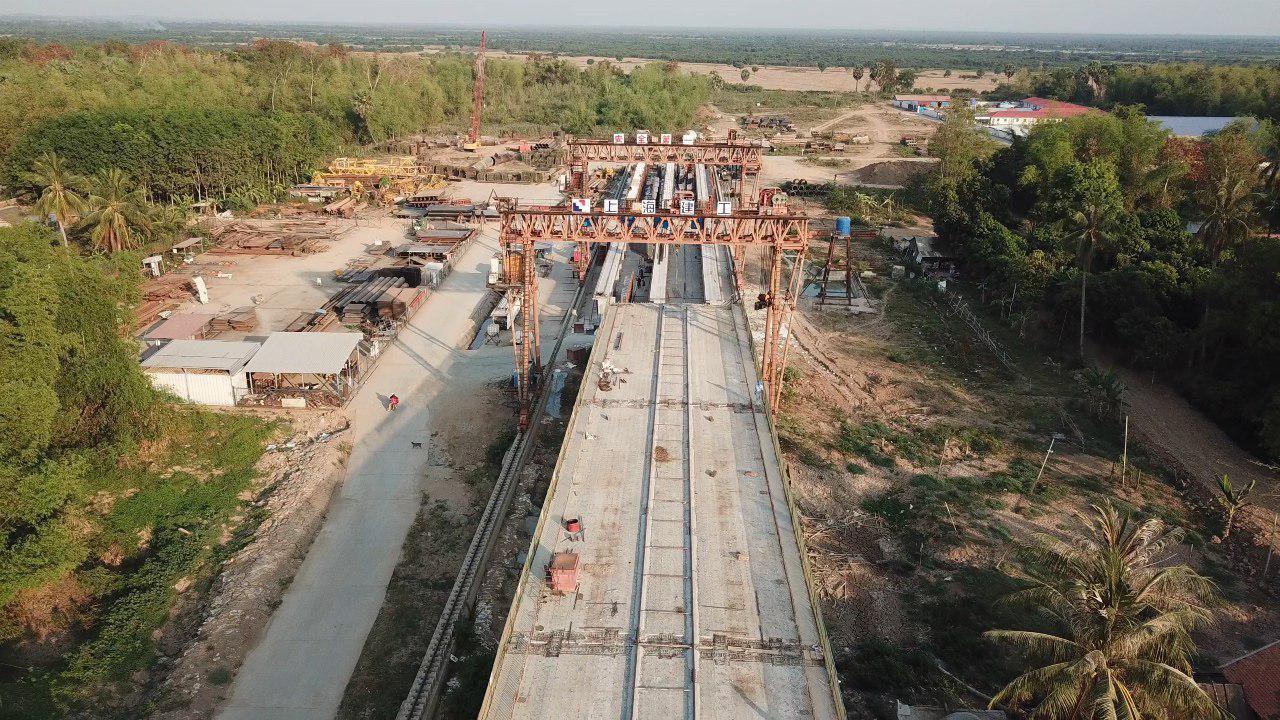