According to MoFAIC’s press release dated on 9 June 2020, both ministers expressed gratitude for mutual assistance extended to their respective nationals after the outbreak of the Covid-19 pandemic, and discussed how multilateralism can be utilised to garner solidarity and cooperation in the fight against this pandemic.

“Recalling their last meeting in September last year in New York, His Excellency Deputy Prime Minister reassured his counterpart of Cambodia’s Constitutional principle in not allowing the presence of any foreign military base within its sovereign territory.” 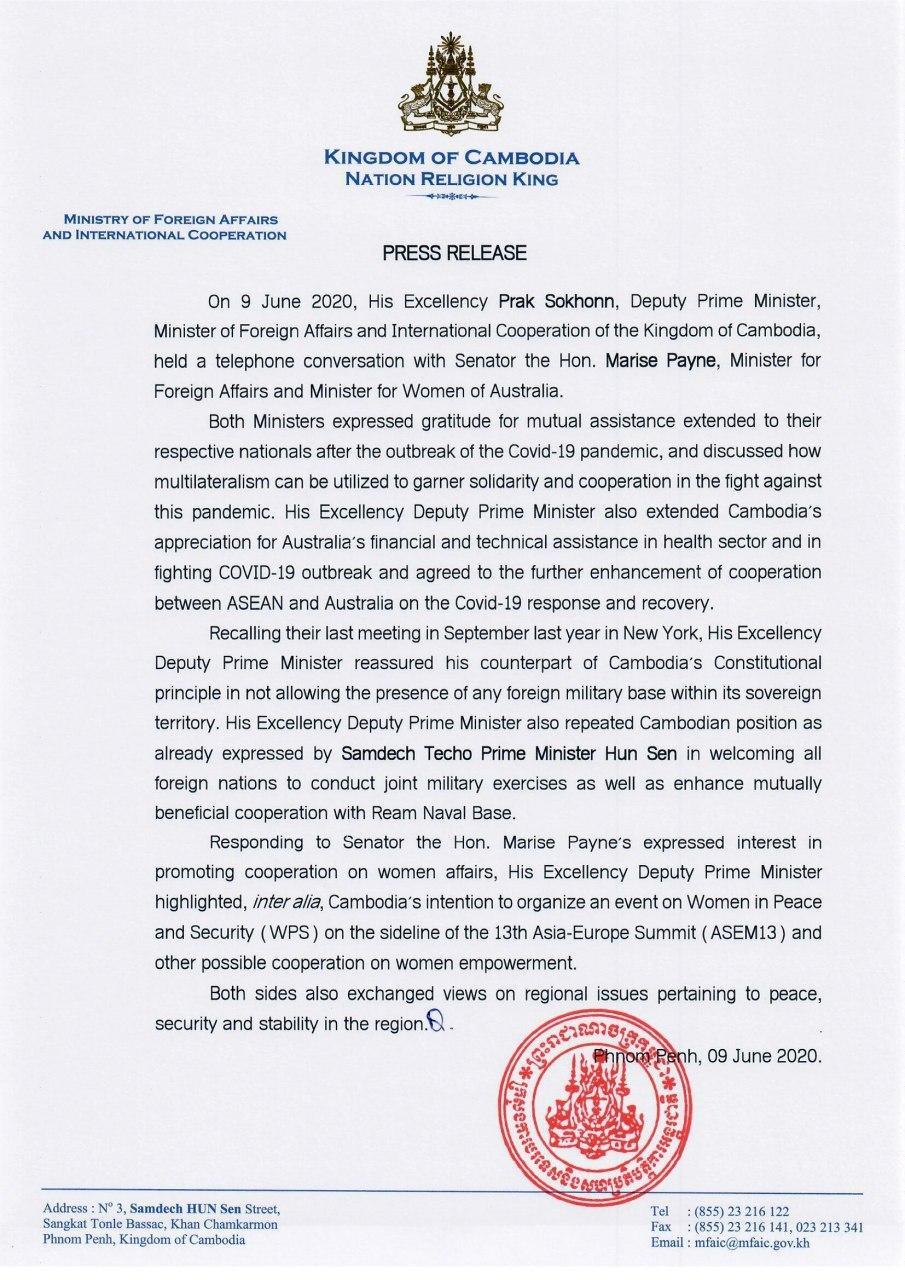