One of the roads under construction is in Ta Lo village, Cheung Kreav commune, Rolea Bier district, Kampong Chhnang province, with a length of 4.15 kilometers long and 7 meters wide, connecting with Prachak village of Rolea Bier district. It is the second projects among the four projects funded by the Chinese government to Ministry of Rural Development.

Formerly a road covered with red gravel, it will be transformed into a Double Bituminous Surface Treatment (DBST) soon after construction. It will be strong and wide, easy to travel and transport goods. The road in Ta Lo village is one of 18 roads under the Ministry of Rural Development’s road rehabilitation project phase II.

After the road construction completed, residents of Ta Lu village expect the village to be more bustling, especially with conveniences in traveling. As the road bigger and wider, it is easy to travel in cars from village to town as well as the easy to transport the goods from the areas [to the markets].

She stated that, "I am very excited that the road is big and smooth, so it is easy for biking and driving a motorbike. Thank you for constructing the road. I would like to thank Chinese and Cambodian governments, who have made it easier for people to walk, drive a motorbike, or ride a bike”.

Another grandmother, Men, living in the same village also expressed excitement after the road was nearly completed. She added that when there is better road, there will be many travelers passing through the area without having to take National Road 5 in order to reach Kampong Chhnang. The road in Ta Lo village can easily lead people to the town.

She said that: "It's so narrow and it's very difficult for bikes or cars to pass through. If the new road is big, you don't have to take the national road, for it is dangerous. People will take this new road instead. I am very happy that the road is big and does not affect the surrounding houses. I would like to thank the Chinese government for providing us this road. I am very happy.”

People are excited to receive a new road in their villages after the Cambodian government received a grant aid from the Chinese government. Apart from road development, the Ministry of Rural Development, led by Minister Ouk Rabun, also plans to implement a rural water supply project phase II.

The rural water supply project phase II will be implemented in 10 provinces including Siem Reap, Banteay Meanchey, Battambang, Pursat, Kampong Chhnang, Kampot, Prey Veng, Svay Rieng and Kampong Cham. This phase II project is expected to cost around USD 12 million, funded by the Chinese government to contribute to the rural development in Cambodia.

Thmey village, Tang Krosang commune, Teuk Phos district, Kampong Chhnang province is one of the many locations that receives a stone-supported pond. The pond, which is 75 meters long, 35 meters wide, and 8 meters deep, has changed the lives of people in the area. The presence of the pond under the Ministry of Rural Development's rural water supply phase II has enabled residents of the Thmey village of Teuk Phos district to access to safe drinking water during both rainy and dry season, to do farming and running small businesses.

According to Tang Krosang commune chief Puth Khien, before getting the pond, the local people used the natural pond nearby for living. Despite the fact that the pond is not clean because of the animals, it is also difficult to dig a well due to the lack of water sources.

People do not only face issue of water shortages for farming in the dry season, but also issue of a safe drinking water when the natural pond is all gone during dry season. Therefore, the residents of Tang Krosang commune are extremely excited when the commune chief announced the digging of a new pond in the area to support about 2,500 families.

He continued: “The man-made pond provides the people two benefits; one is for drinking and another is for farming that support the agricultural work and small handicrafts that produce bottled water. After receiving the pond, I would also to thank Cambodian Prime Minister Hun Sen, and Minister of Rural Development Ouk Rabun and donors for their efforts in digging this pond for us. Anyone villager can use the water from this pond with free of charg.”

In addition to daily living and farming, the Chinese-funded pond has helped create jobs for local people. Soy Ter is a citizen who transports water to sell to locals that need clean drinking water.

Soy Ter had been doing his job for about two years, even before the new pond exists. He observes a higher demand due to cleaner water and cheaper transportation cost. He said that when pumping water from the old pond, he only transports five times per day, but with the new pond, many more locals buy water so he transports from seven to 10 times. He still charges the same price, which is 10,000 riels (USD 2.5) per time.

Soy Thour stressed that: “The new pond is better than the old pond, so we came here. There are no animals going in the new pond and that the old pond is dirty. When we move to the new pond, we transport from seven to 10 times a day. Because the pond is cleaner, more people use it”, said

Indeed, this pond has not only helped farmers access to better water but also created businesses and jobs for people. Some people pump water for sale to households and some families who donated the land for this new pond can use water for a small-scale production of bottled water that can supply the local market. The handicraft not only increases the income of the owner, but also provides employment opportunities for villagers who are free from farming to work and get extra payment.

Leng Ran, the owner of the bottled water handicrafts, said that because the commune did not have free land for the new pond, her family decided to donate their farmland to the commune for collective purposes. She added that after the pond is finished, she did not regret it because she was able to start a new family business and earn more money than farming on the same field.

The new pond allows the whole community to access to clean drinking water and creates more jobs for the people. In particular, the people's rice paddy around this Cambodia-China friendship pond can be cultivated twice a year both in dry and rainy seasons. That is because there is enough water, which is why the people living in this commune are prosperous.

As a beneficiary of the pond, Leng Ran never forgets to thank the government and its Chinese friend who helped making her village beautiful and prosperous.

Leng Ran added: “I don't have anything in return for this, but to express my gratitude to the Chinese company and the Chinese friend for coming to dig a pond in this village, Tang Krosang commune, so people can sell and use the clean water. People is no longer concerned of contaminated water, so they feele safe using it. I would like to thank the Royal Government for helping to dig this community pond in this Thmey village, Tang Krosang commune, thanks to Samdech Techo, thank you.”

Clean water supply project phase II has been implemented within a period of 24 months and is expected to spend around USD 12 million. The project is led by Minister of Rural Development Ouk Rabun to build 964 wells, 12 regular ponds and 42 stone-supported community ponds.

It is worth noting that the Ministry of Rural Development, led by Ouk Rabun, has received fund for two times already from the Chinese government worth of USD 83 million. Phase I covers three projects.

The first project started on 30 May 2017 and completed on 9 July 2018. That project costs approximately USD 12 million.
The second project focused on the rural road rehabilitation project, which involves the construction of DBST road with a total length of 35,457 meters, and a 125-meter-long concrete bridge in four provinces include: Kampong Speu, Kampong Chhnang, Kampong Thom and Kampong Cham. The construction started on 30 May 2017 and will be completed in 2021 and cost approximately USD 11 million.

The third project is the Mekong-Lancang Cooperation Initiative, costing USD 990,000 in the first phase. The project is made up of two parts, one of which is poverty reduction through rural economic development, which offers education and vocational trainings. The project is implemented by the Department of Economic Development at a cost of USD 500,000. The other part is Mekong integrated water resources management project worth USD 492,000. The project is implemented by the Department of Planning and Public Relations dealing with disaster, climate change, and environmental issues along the Mekong River. The project also focuses on hygiene, skills and employment. The third project was completed in May 2019.

The second phase of the project that the Ministry of Rural Development is currently undertaking comprises of four projects.

The first project focused on rural water supply project phase II worth about USD 12 million and take 24 months to complete. The rural water supply project phase II is concentrating on building 964 wells, 12 regular ponds, and 42 stone-supported community ponds. It is implemented in 10 provinces, including Siem Reap, Banteay Meanchey, Battambang, Pursat, Kampong Chhnang, Kampot, Prey Veng, Svay Rieng and Kampong Cham. By the end of May 2020, the project has achieved 31 percent.

The second project of the second phase is rural road improvement project which is to be implemented over a period of 36 months with a total cost of USD 40 million. The project is based in six provinces. The six provinces are Kampong Speu, Kampong Chhnang, Kandal, Prey Veng, Svay Rieng and Tbong Khmum. The Ministry of Rural Development's second phase of this project is to build 18 roads with total length of 119,467 meters.

The third project of the second phase of the Mekong-Lancang Cooperation costs USD 1 million. The project is made in two parts, with the first part being a poverty reduction project through the Rural Economic Development, implemented by the Department of Rural Development with a budget of USD 500,000. The second part of the Mekong-Lancang cooperation project Phase II is the Mekong river integrated community development project. The project received a total fund of USD 500,000.

The fourth project is on trial, running on poverty reduction cooperation in Cambodia. The project is designed to enable people to generate incomes by finding a job or start their own business. The project has been implemented in Svay Ampea village and Cher Teal Pluoh village, Svay Ampea commune, Mukh Kampul district, Kandal province, for three years from July 2017 to July 2020. The Chinese government financed this project, worth of USD 4 million.
=FRESH NEWS 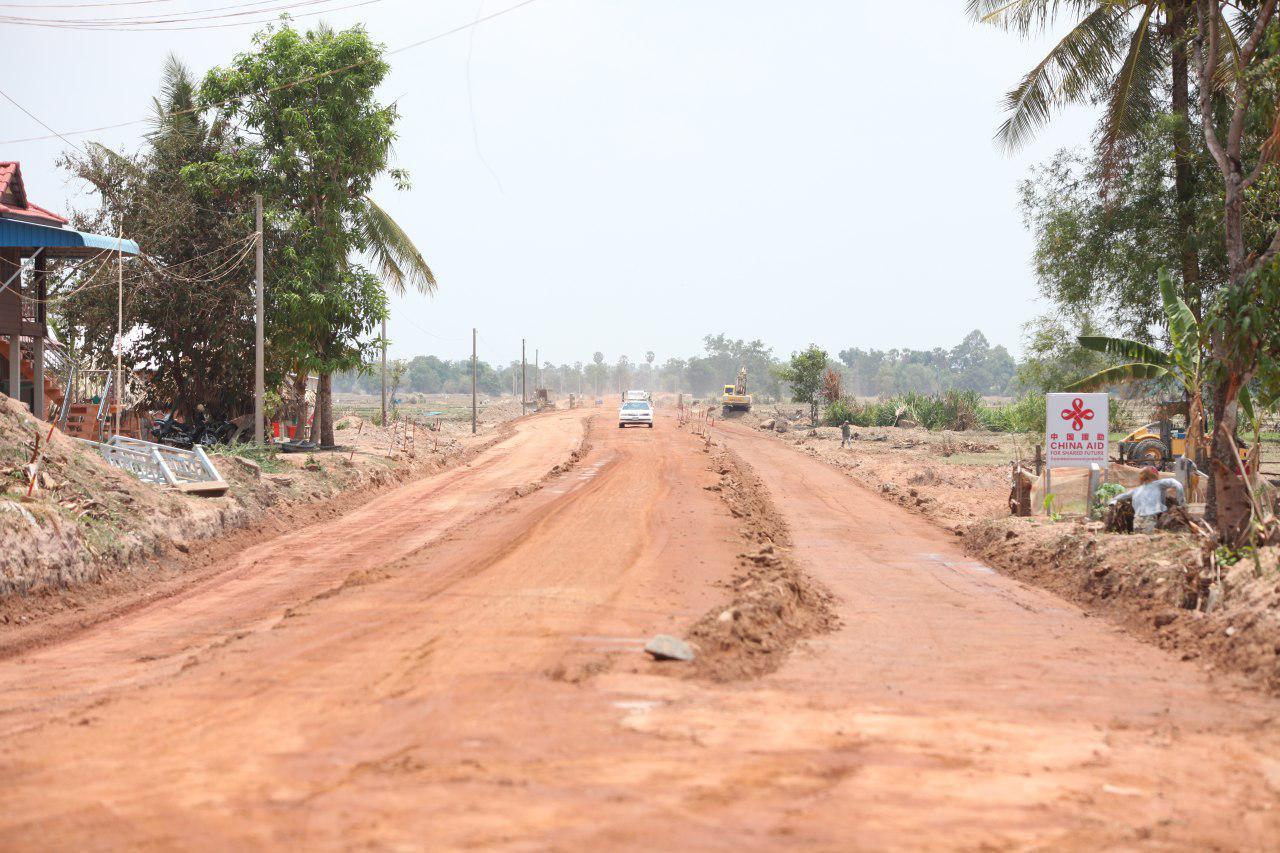 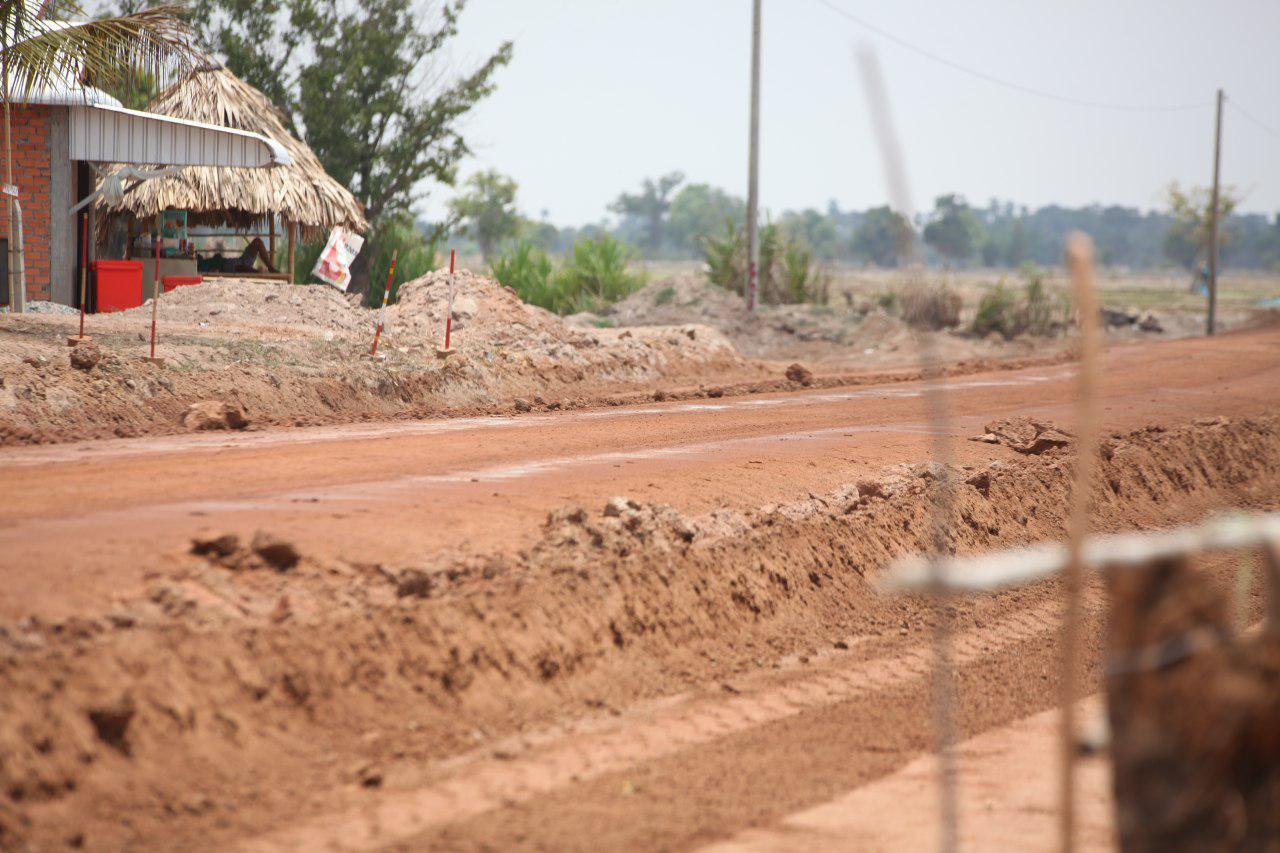 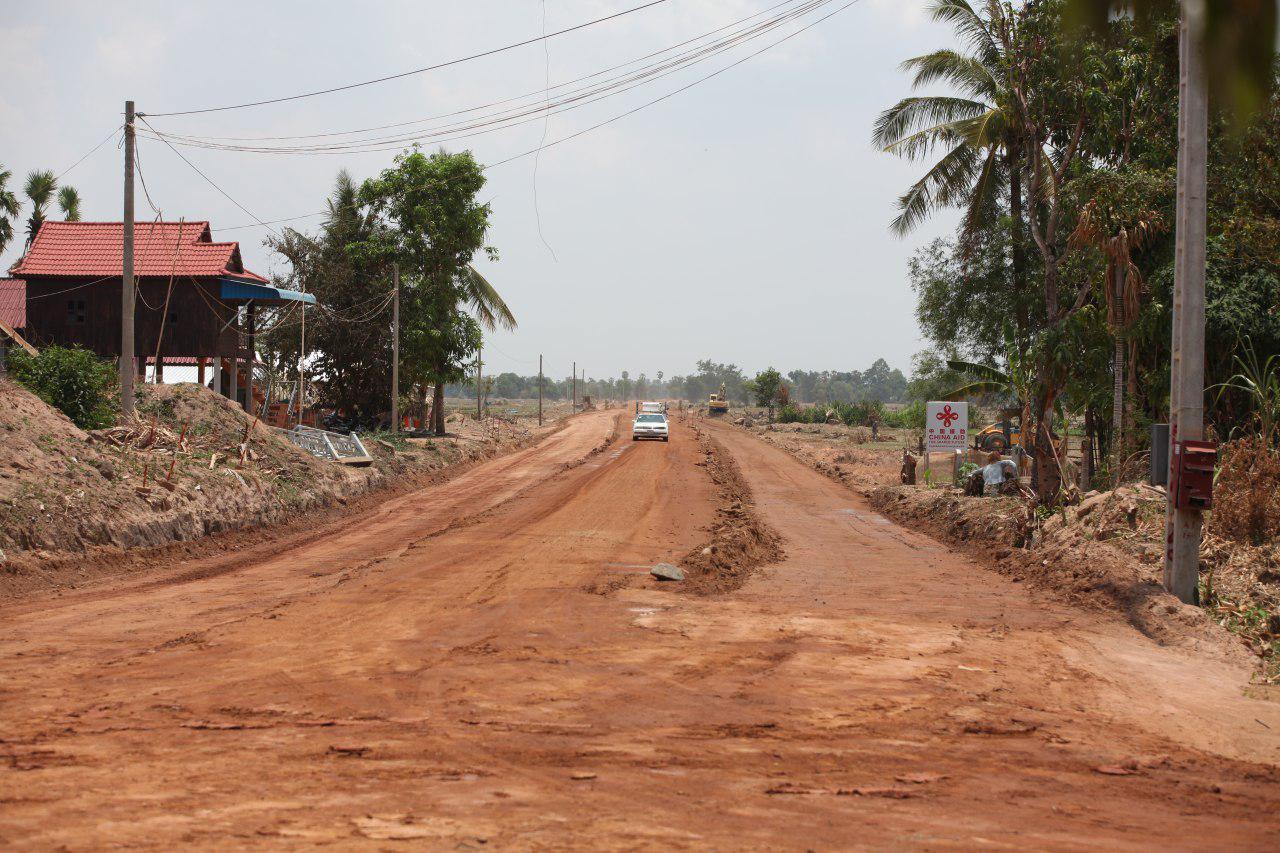 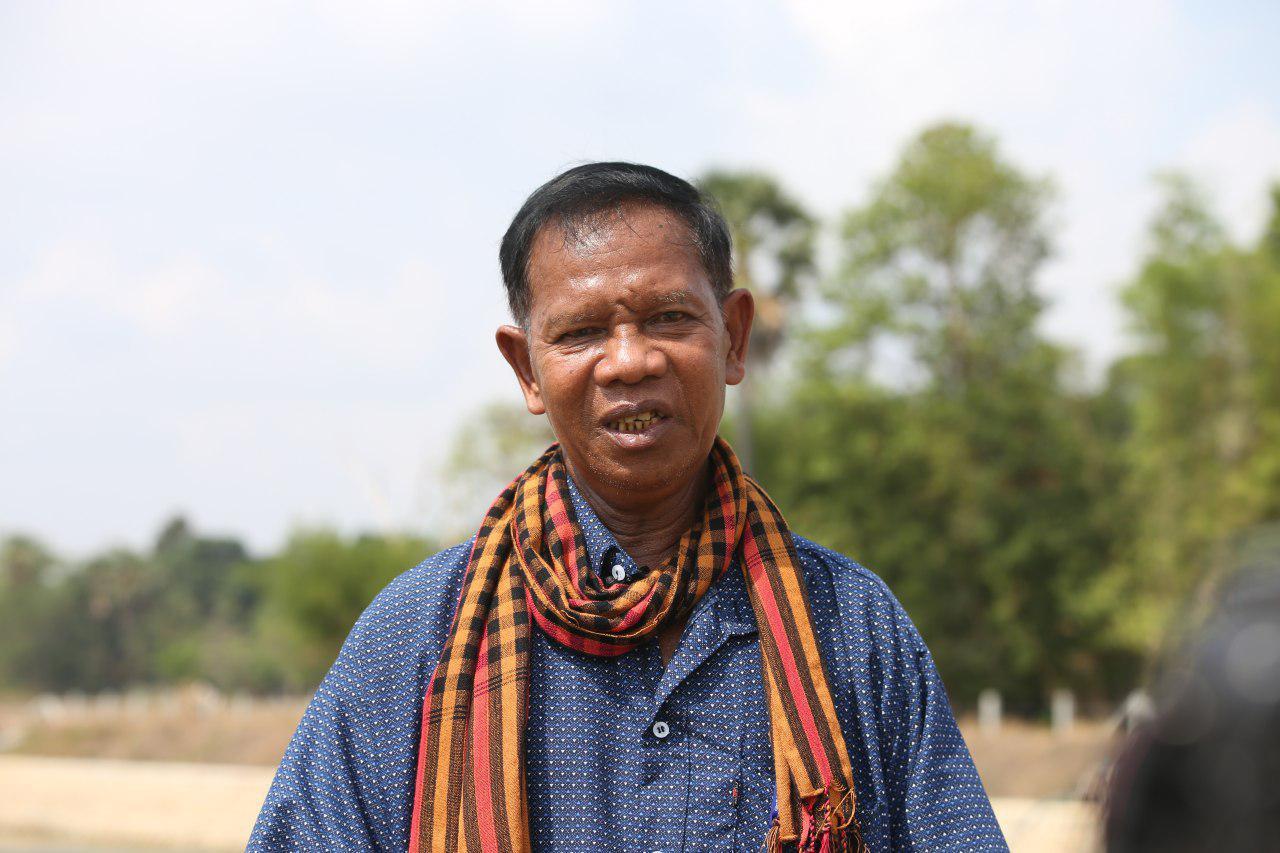 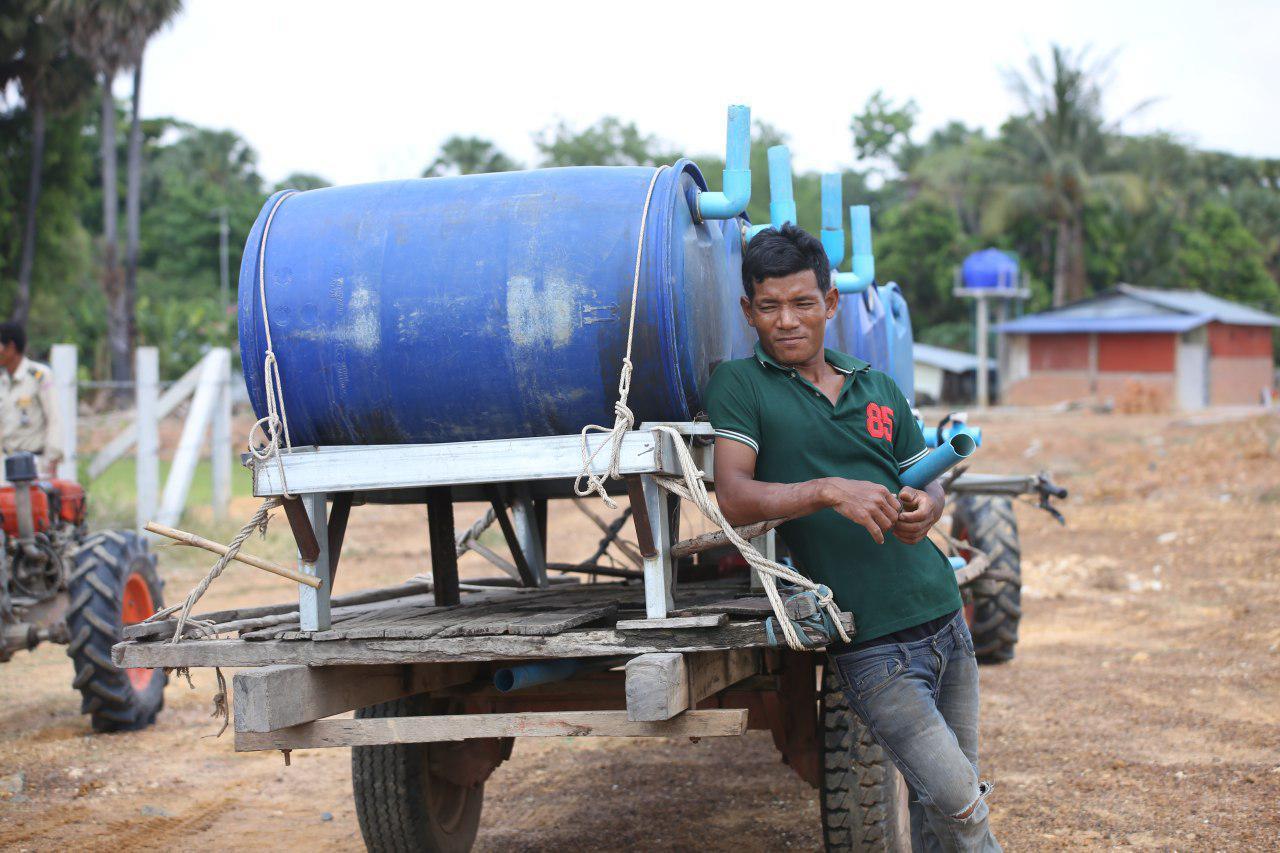 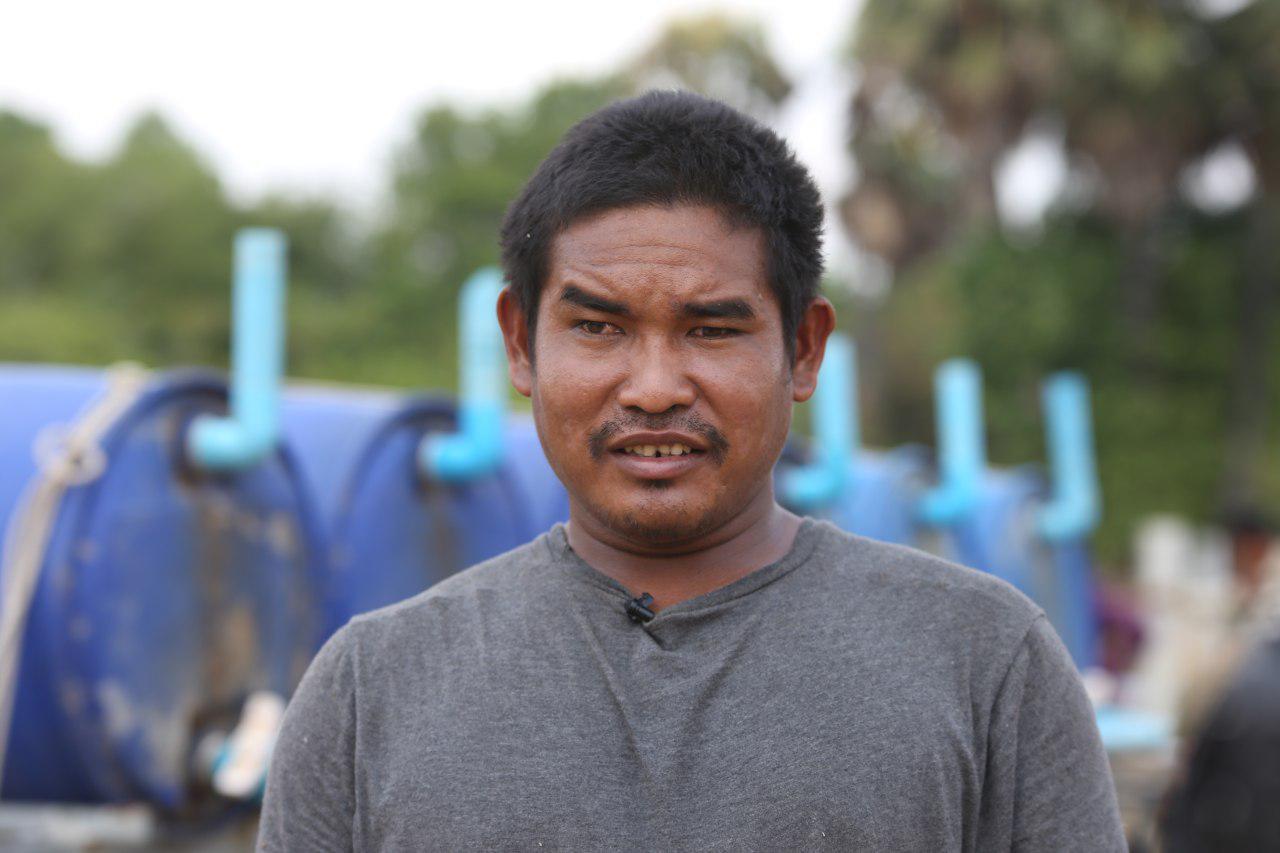 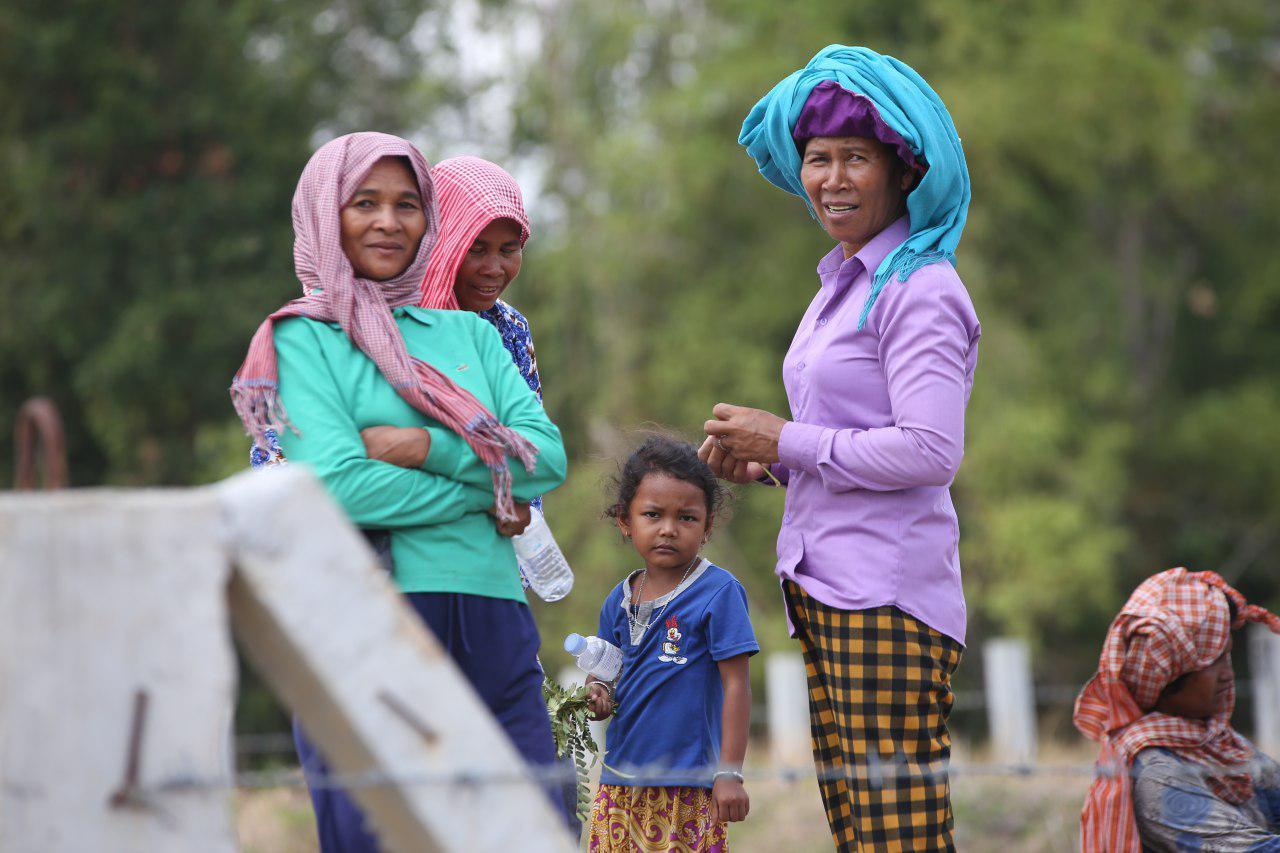 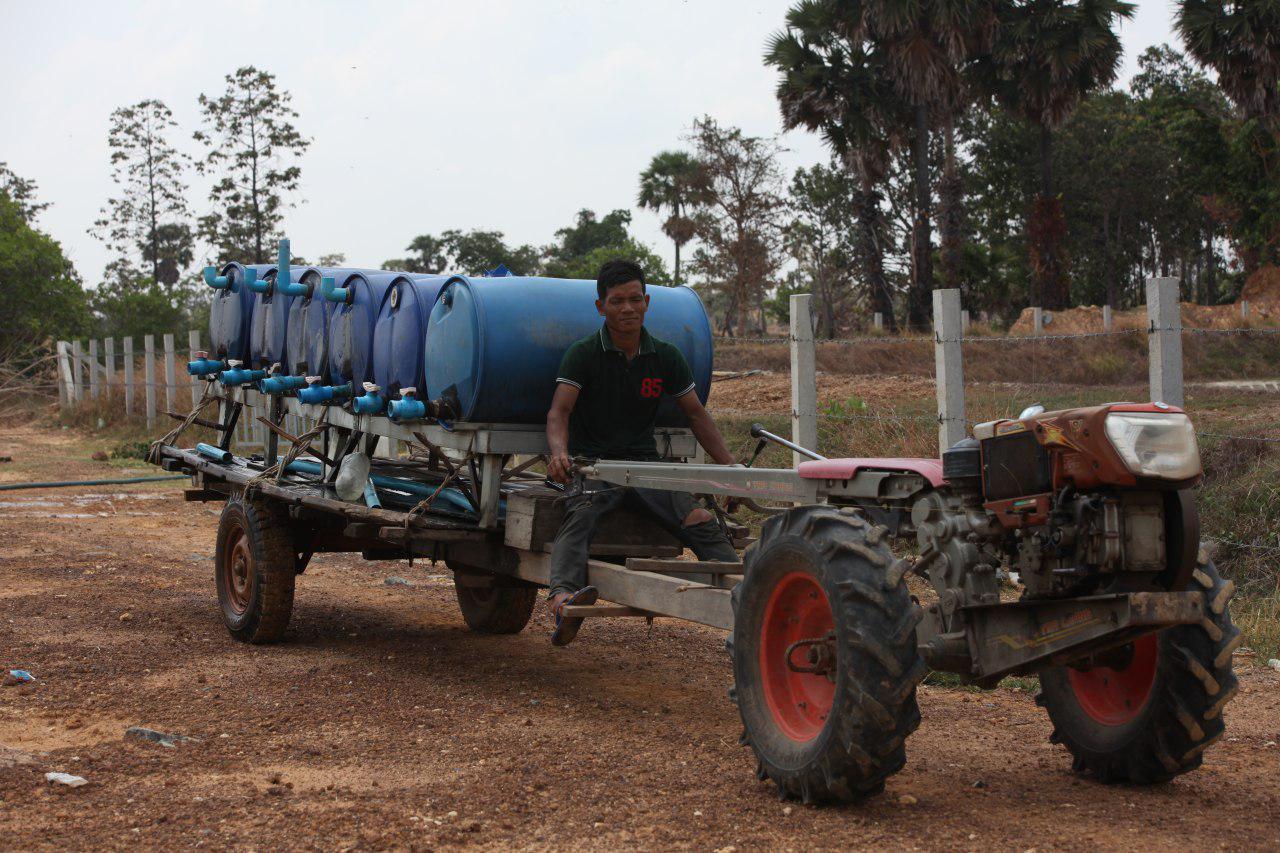 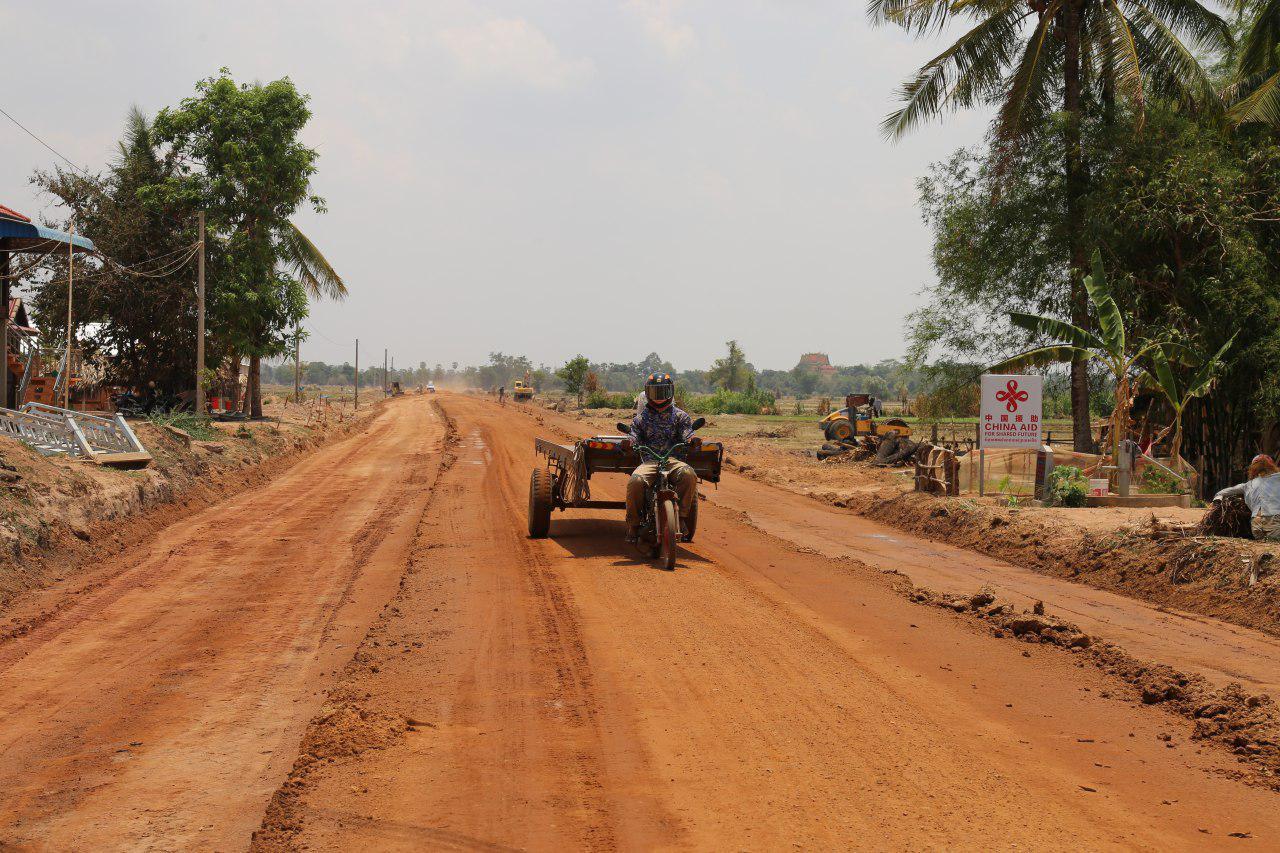 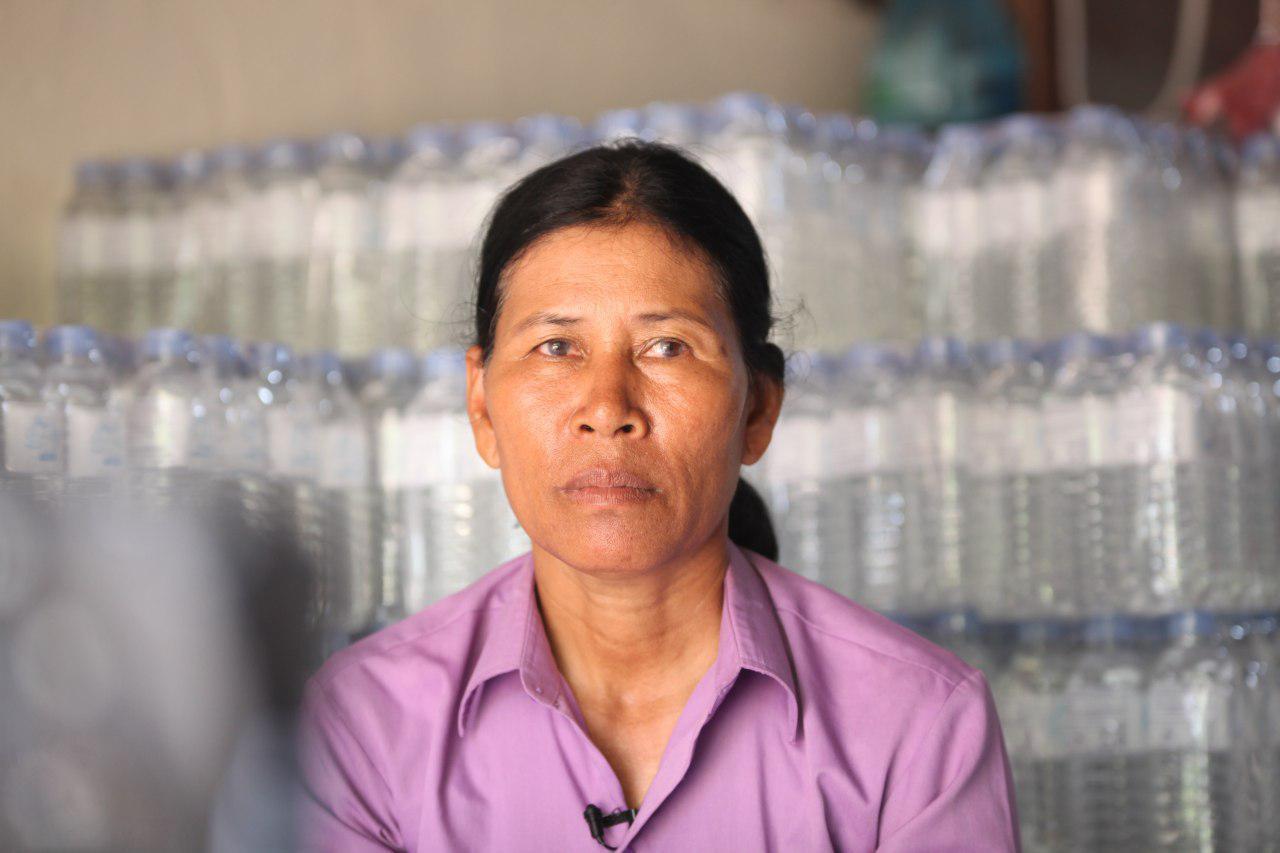