The charges were made against all the accusations stated in the complaint of Dy Vichea dated 20 August 2019.

The same source said the investigating judge noted that there were sufficient clues and evidence that proved the accused person had committed the crime. The sending of Sam Rainsy to trial will be unavoidable.

It is worth recalling that on 20 August 2019, Dy Vichea, through Cambodian and French lawyers, has filed a lawsuit to French court against Sam Rainsy for “public defamation”.

What excuse will Sam Rainsy make amidst alleged charge by the French court ?

Sam Rainsy, 71, holds both Cambodian and French nationalities. He had been living in exile since 2009 to avoid serving imprisonment on many charges, including defamation, incitement, and map forgery. 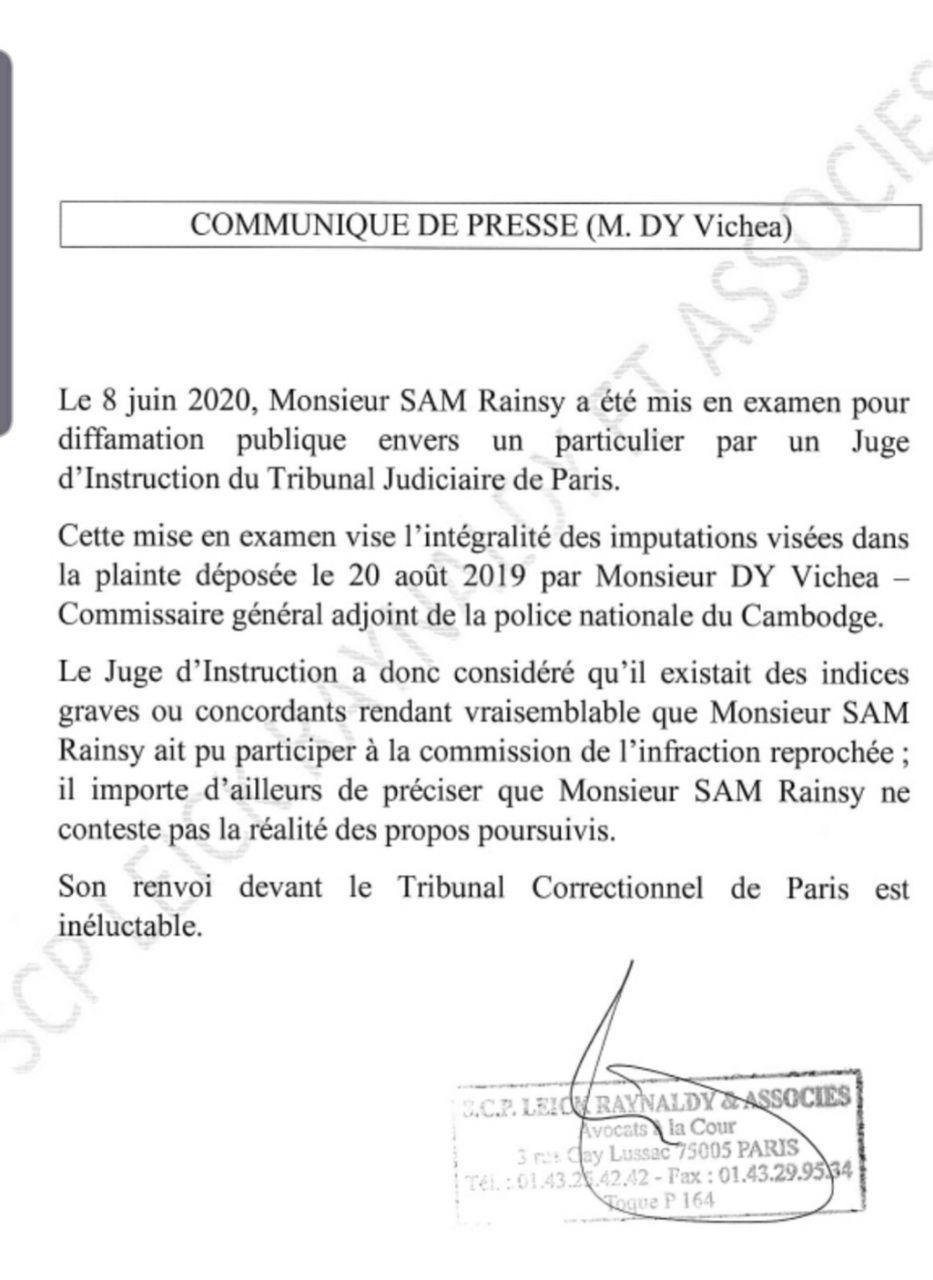