Special Report: Over 3,000 Cambodian Students Graduate and Study in China (Video inside)

Phnom Penh (FN), Jul. 15 – Human resource development is prerequisite for rapid and quality development of countries. Cambodian Prime Minister Hun Sen considers the education sector the most prioritised sector for the development of Cambodia, followed by the infrastructure sector, water supply, and electricity.

The goal of Cambodia's development, which focuses on the development of the education sector, has given Cambodian youth a wide range of educational opportunities, including both domestic and international studies. Many Cambodian students study abroad, in ASEAN, Asia, Europe or the US.

China is one among the many countries to offer scholarships to Cambodian students. Currently, there are more than 2,000 Cambodian students are studying and at least 300 graduate per year, according to the report from the Cambodian Students Association in the People's Republic of China.

As a Cambodian student studying in China in Guangxi Autonomous Region, Ms. Tang Su Huang said that because China and Cambodia have enjoyed long-term relations, she wants to learn more about China and that she applied for a scholarship to study in China.

Tang Su Huang is currently a sophomore studying Bachelor of International Business and Economics at Guangxi University. There she served as president of the Cambodian Students Association in Guangxi. After studying there for two years, she has learnt that Chinese people are absolutely friendly with Cambodian students, especially Chinese teachers at school. The warmth she received from the Chinese people and professors there made her feel like home.

However, Tang Su Huang still wants to return to Cambodia after graduation. She is coming back because she wants to help Cambodia develops.

"When I graduated, I will go back to work in Cambodia to help develop our country to become a strong and prosperous country with big economy like major countries," Huang said.

“I would like to thank the governments of both countries, both Cambodia and China, for giving chance to Cambodian students to study in China. New, to learn new things that are beneficial to personal and country development. I hope that the friendship between Cambodia and China will continue to flourish. "Without the close friendship, we would not be here today,” she added.

Nhel Soviet, President of the Cambodian Students Association in Yunnan Province, China, who represents 215 Cambodian students there, said that all Cambodian students often participate in performing Cambodian culture through school programs and short course programs with the assistances of the Consulate General of Yunnan province, and Cambodian leaders like Hun Manet and Hun Many.

Nhel Soviet states: “As Cambodia celebrates Khmer New Year in Aprl, even if our students come to China, we will not forget our traditional culture, the Khmer New Year. Students and representatives of the Consulate General of the Kingdom of Cambodia in Kunming also attend the Khmer New Year celebration. Special thanks to Hun Manet and Hun Many for financially supporting us to arrange a great New Year celebration. As the host, we invite the consuls of 10 countries in ASEAN and school leaders to join us and learn about Cambodian culture, folk games, and dancing like Rorm Vong, Rorm Kbach, Saravan, Lam Leav and so on.”

Cambodian students studying in China, besides promoting their own culture during the Khmer New Year, also spread Cambodian culture and values in other programs. This proves that no matter where Cambodians are, they never forget about their cultural traditions.

In addition to promoting their own culture, Cambodian students also learned about Chinese culture, and ways of life of Chinese people in different region. For example, Nhel Soviet, a doctoral candidate studying in Yunnan Province, said that Yunnan Province in southern China is an agricultural province that can supply agricultural products for the entire China. The most famous product of Yunnan province is tea.

“Tea is the most important. Tea in Yunnan is well known and recognised by many people. The most famous type of tea in Yunnan is Pu-erh Tea. Pu-erh Tea is the only species grown in Qingdao, a mountainous region with tea trees for thousands of years. Some trees are so big that it require farmers to climb and collect. Some types of tea are worth of thousands of dollars per kilogram.”

With the aids, a group of Cambodian students studying in China formed the "Cambodian Students Association of the People's Republic of China." The association has a role in promoting Cambodian culture and to contribute to the promotion of scholarships available in China to Cambodian students who want to study there, particularly to help each other during difficult time, according to Ou Vuth Ty, the founder of the Cambodian Students Association in the People's Republic of China.

Ou Vuth Ty states: "We have between 300 to 350 Cambodian graduates per year. And about 300 to 450 continue their studies in China. So, our association not only promotes scholarships and opportunities to study in China, but also how to apply for scholarships to China. And in the past, we have direct support from the Chinese Embassy in Cambodia. In the past, our association has also held seminars at some universities in Cambodia. We will hold seminars in other provinces to help promote education opportunities in China to Cambodian students through government scholarship.”

Cambodian students have many options to apply for scholarship to study in China. They can apply through the Ministry of Education's website or apply for scholarships in Chinese universities. How to apply for a scholarship to study in China? Nop Veasna, president of the Cambodian Students' Association in the People's Republic of China, explains: "For students who are willing to get scholarships to study in China, they must first be prepared, for example, if they to study Chinese, they have to learn Chinese language before they start applying. They also have to follow up on scholarship application procedures. The main point of applying for this scholarship is to complete the application such as the required bachelor's degree, health form, and transcripts with good scores required by the universities. This is an online application. For scholarships through the Ministry of Education, there is an examination each year, our Ministry always host exams to look for 100 undergraduate, master and doctoral students who achieve high scores to continue their studies. As far as I know, China now focuses on the Chinese language, so every student who wants to study in China must at least pass HSK3.

According to Vuth Sopheakna, President of the Confucius Institute in Cambodia, the Institute was established on eight missions, including:

The Confucius Institute offers short courses on general studies in Chinese language; Chinese language undergraduate courses; and HSK and HSKK Chinese proficiency test preparation courses; and has 22 branches in Cambodia. For the past 10 years, the institute has sent 500 students to study in China at 213 universities, all of which are renowned universities in China. The institute enrols approximately 140,000 students each year.

In addition to providing training and scholarships to students once a year, the Confucius Institute also organises study tours for civil servants and summer / winter camping programs for students.

In addition to providing scholarships to Khmer students, the Chinese people are also interested in Khmer studies and culture. For example, every year through the exchange program of the Royal University of Phnom Penh and the University of China, Chinese students are sent directly to study Khmer language classes in Cambodia. In fact, Sopheak, the Khmer name of a Chinese student studying Khmer literature at the Royal University of Phnom Penh, said that he wants to study Khmer literature because he sees the potential markets of Cambodia. As the two countries are getting closer, more Chinese investors come to Cambodia.

After nearly a year studying in Cambodia, Sopheak is happy with the people as well as his friends in Cambodia and considered Cambodia his second home.
“I have Khmer friends, they are all friendly and I like making friends with Khmer people,” he said. “I think Cambodia is like my second home, my second country.”

Indeed, the Chinese government's achievements in supporting Cambodia's education sector have responded significantly to Cambodia's development strategy, which focuses on developing human resources, infrastructure, irrigation, and electricity. The support on education is in line with the ancient Khmer proverb, which says “It is better to teach a man how to fish than to give him a fish.” “To love someone is to teach someone”.
=FRESH NEWS 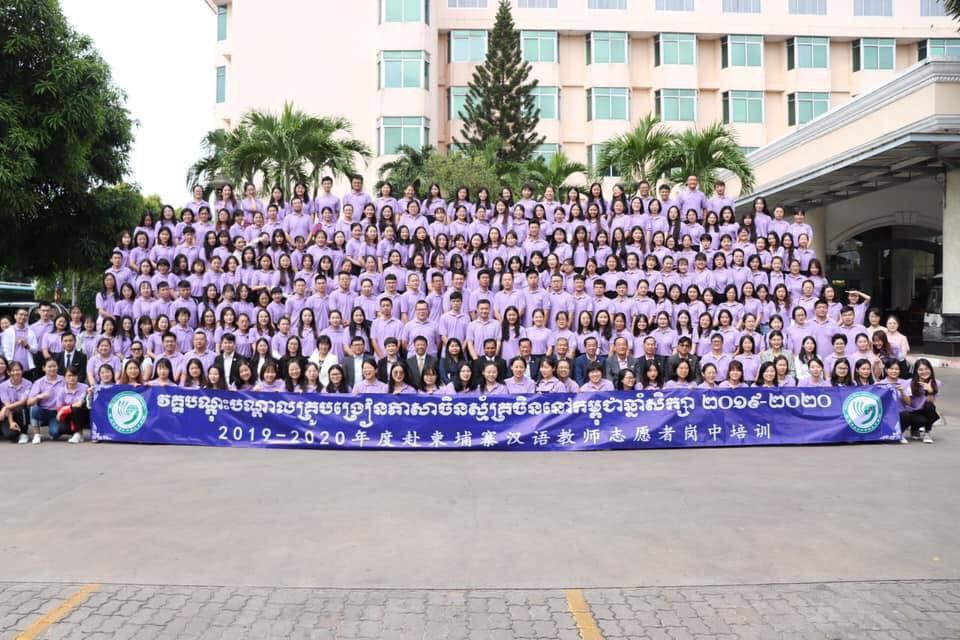 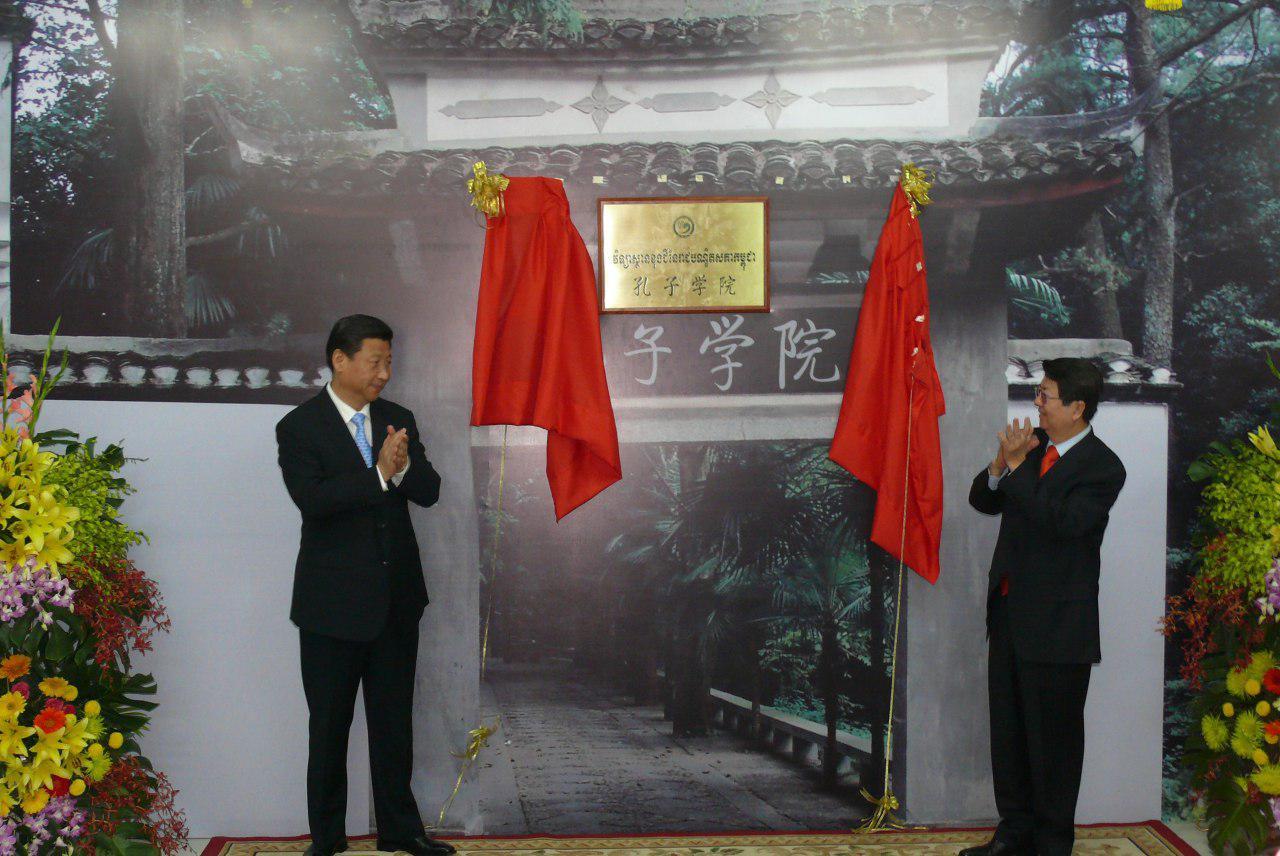 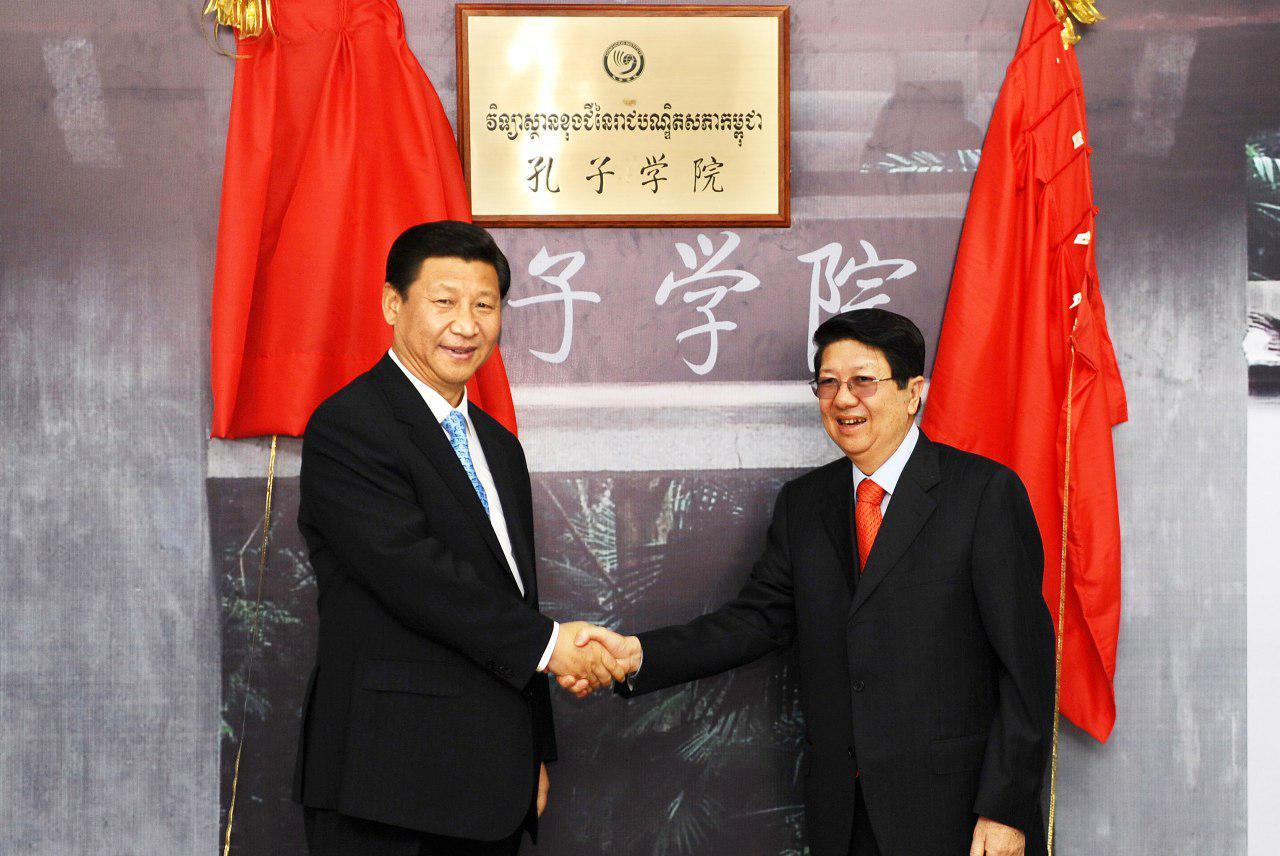 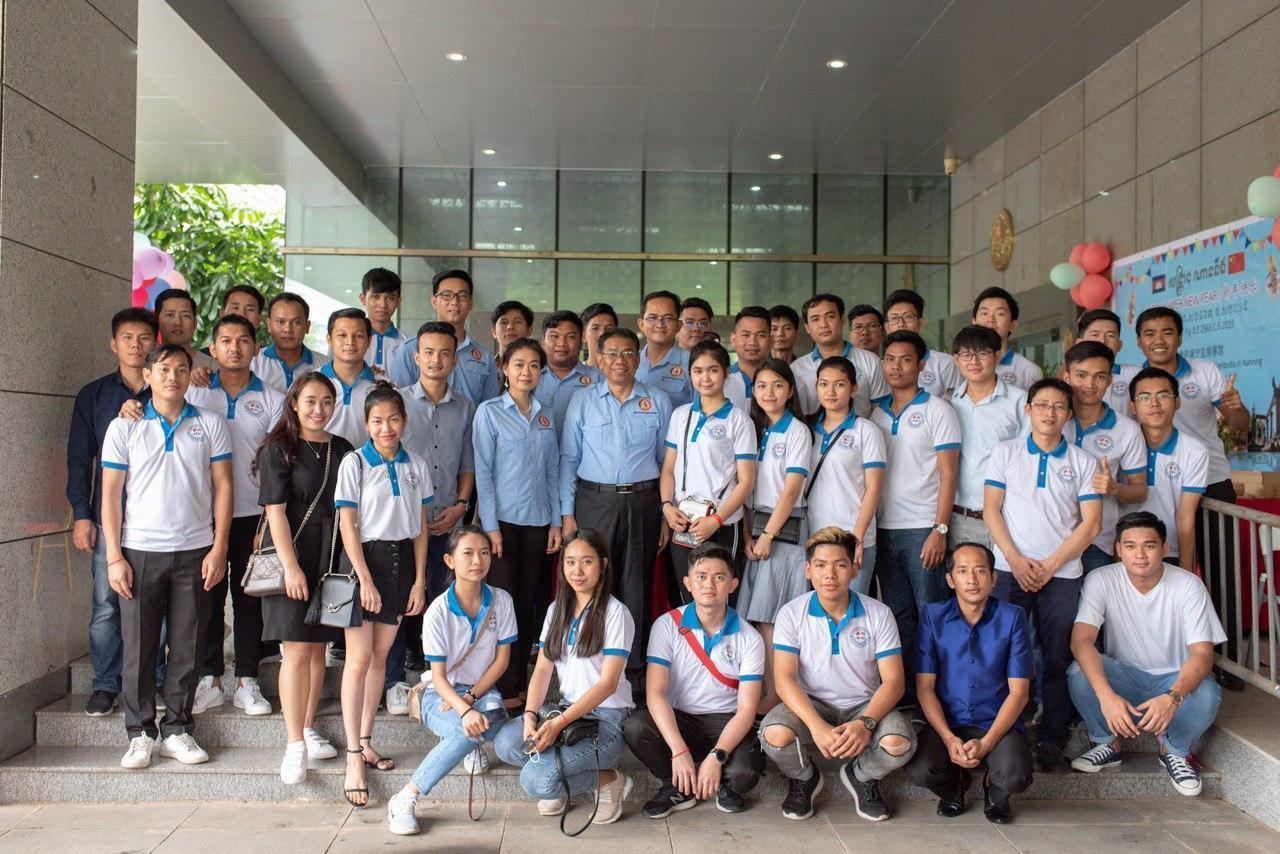 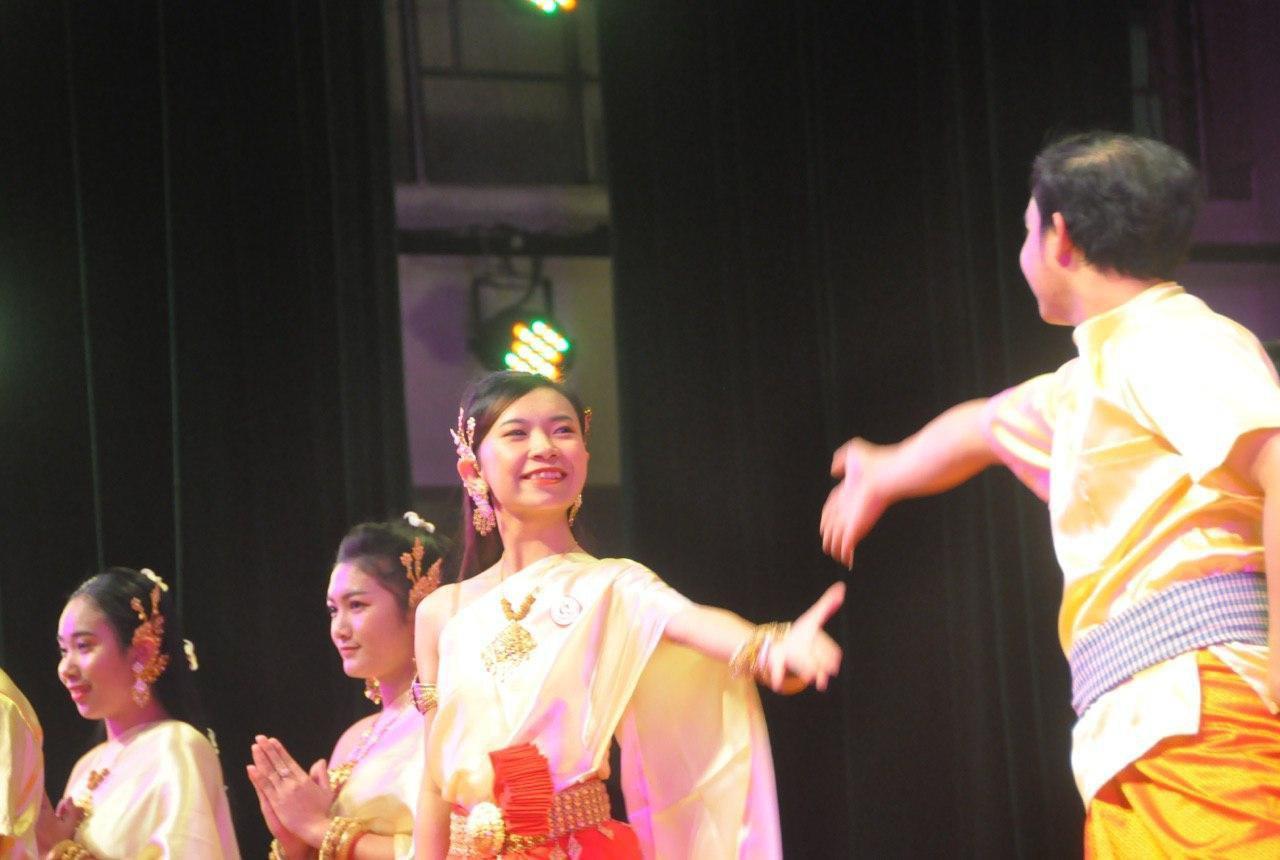 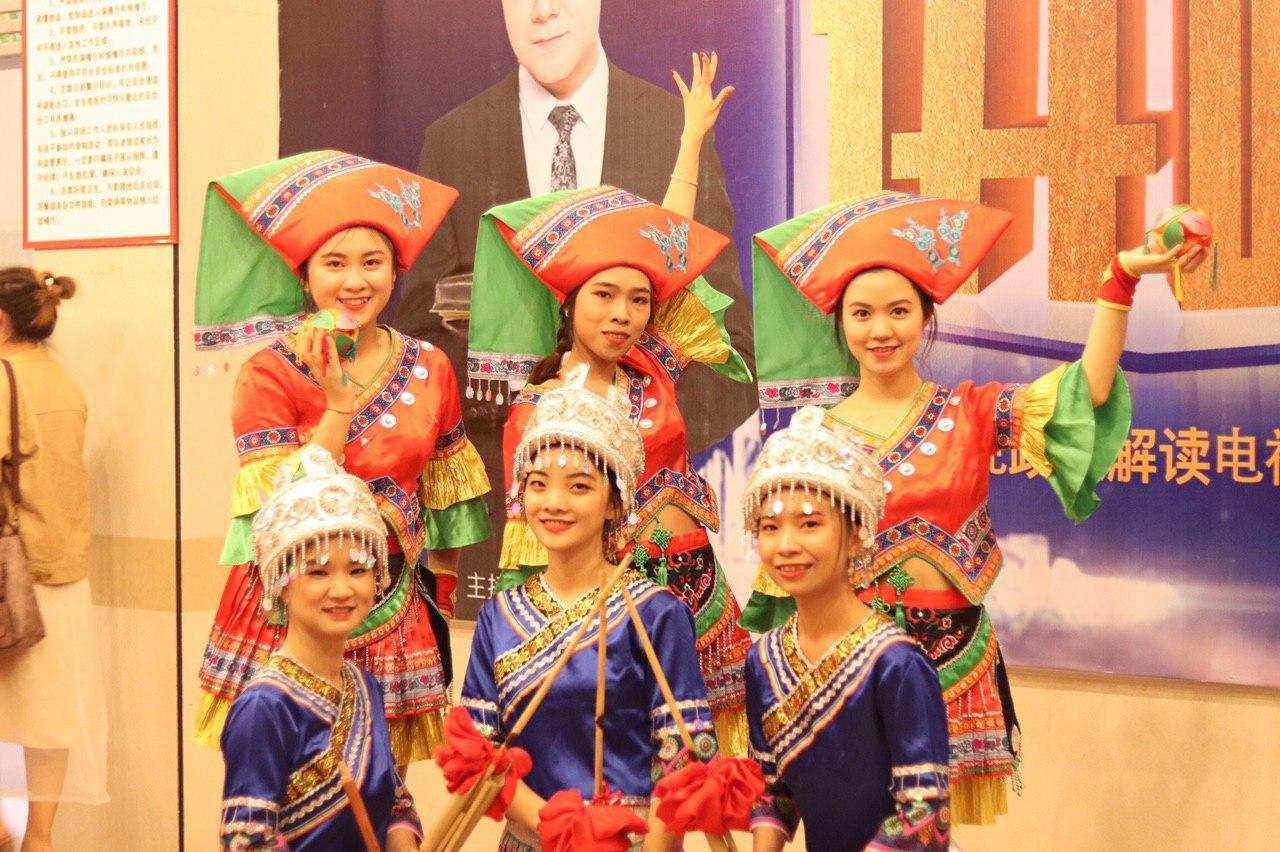 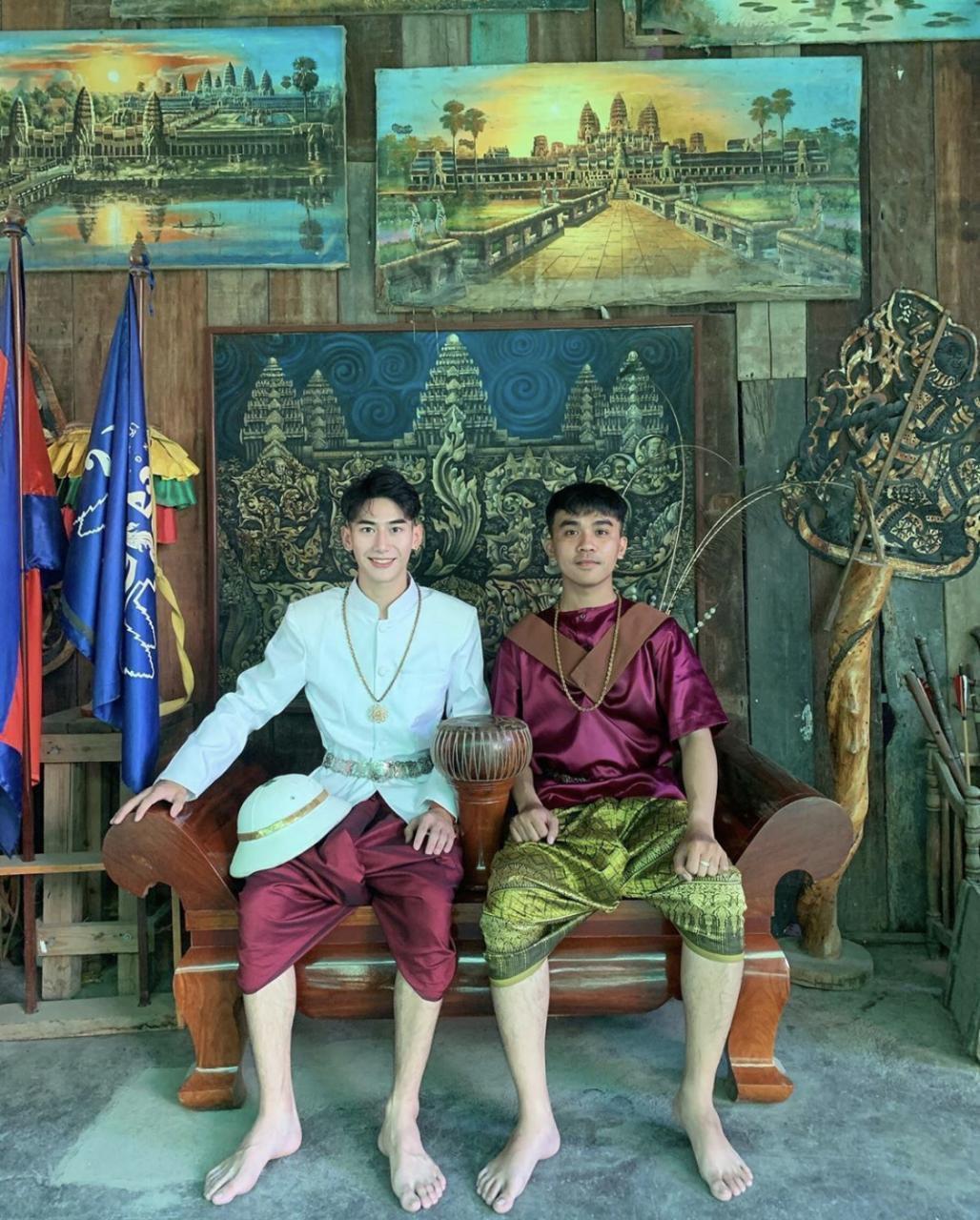 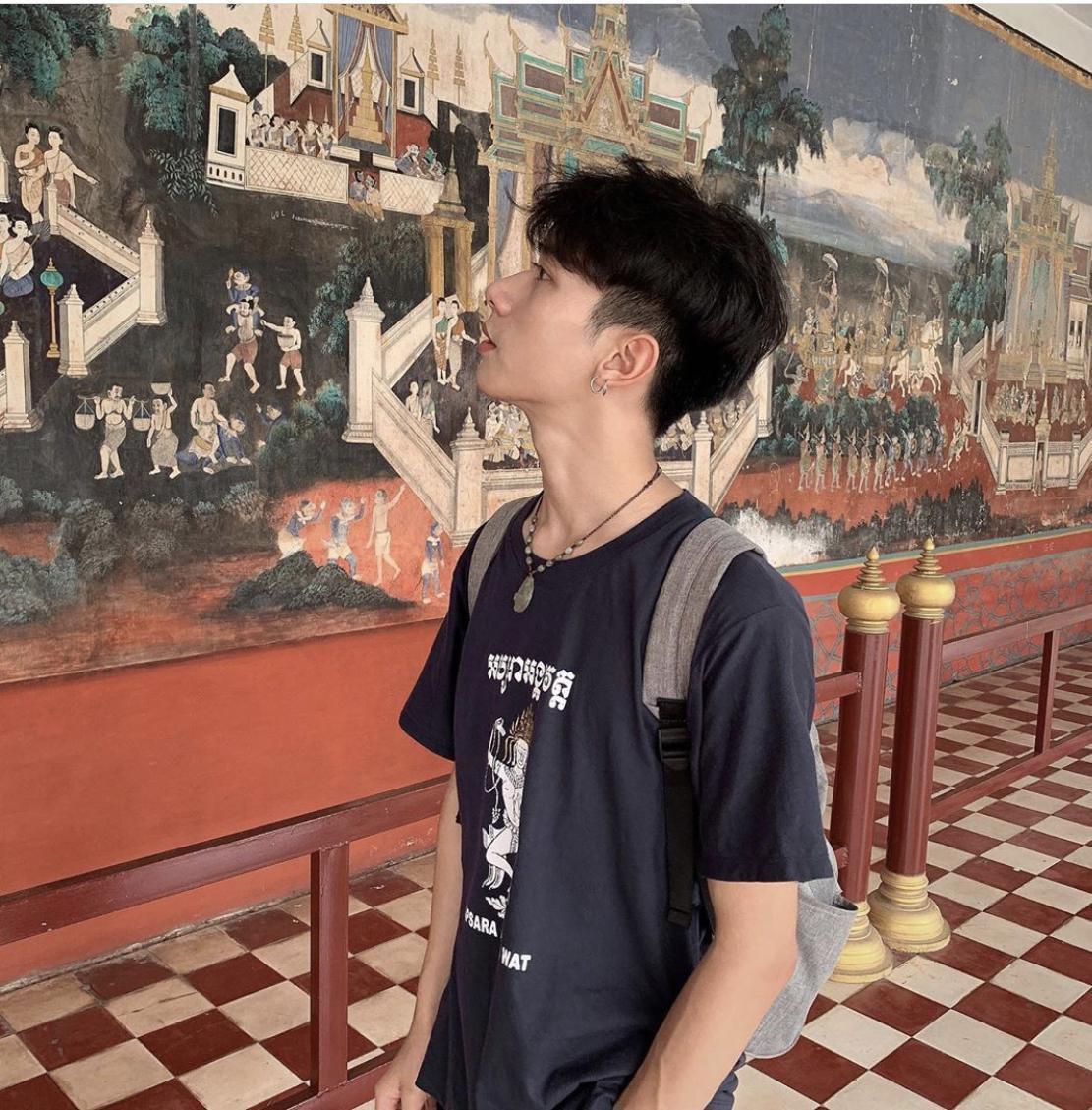 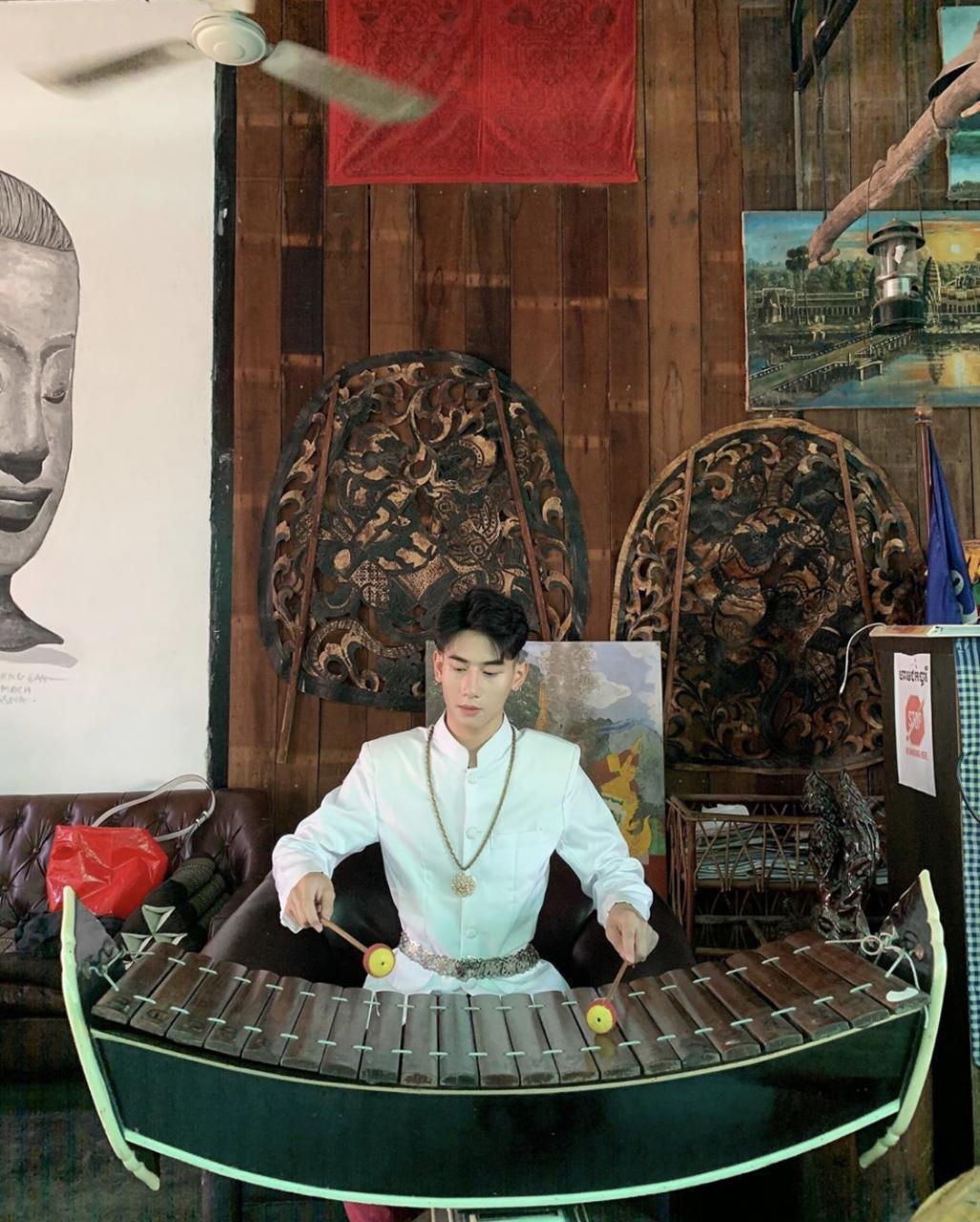 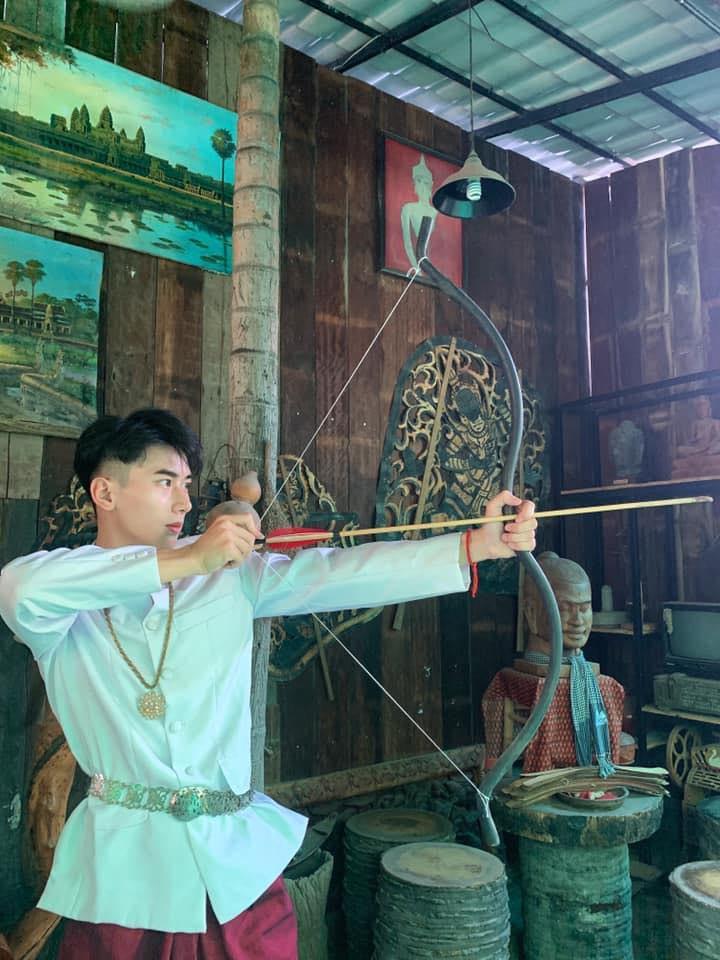 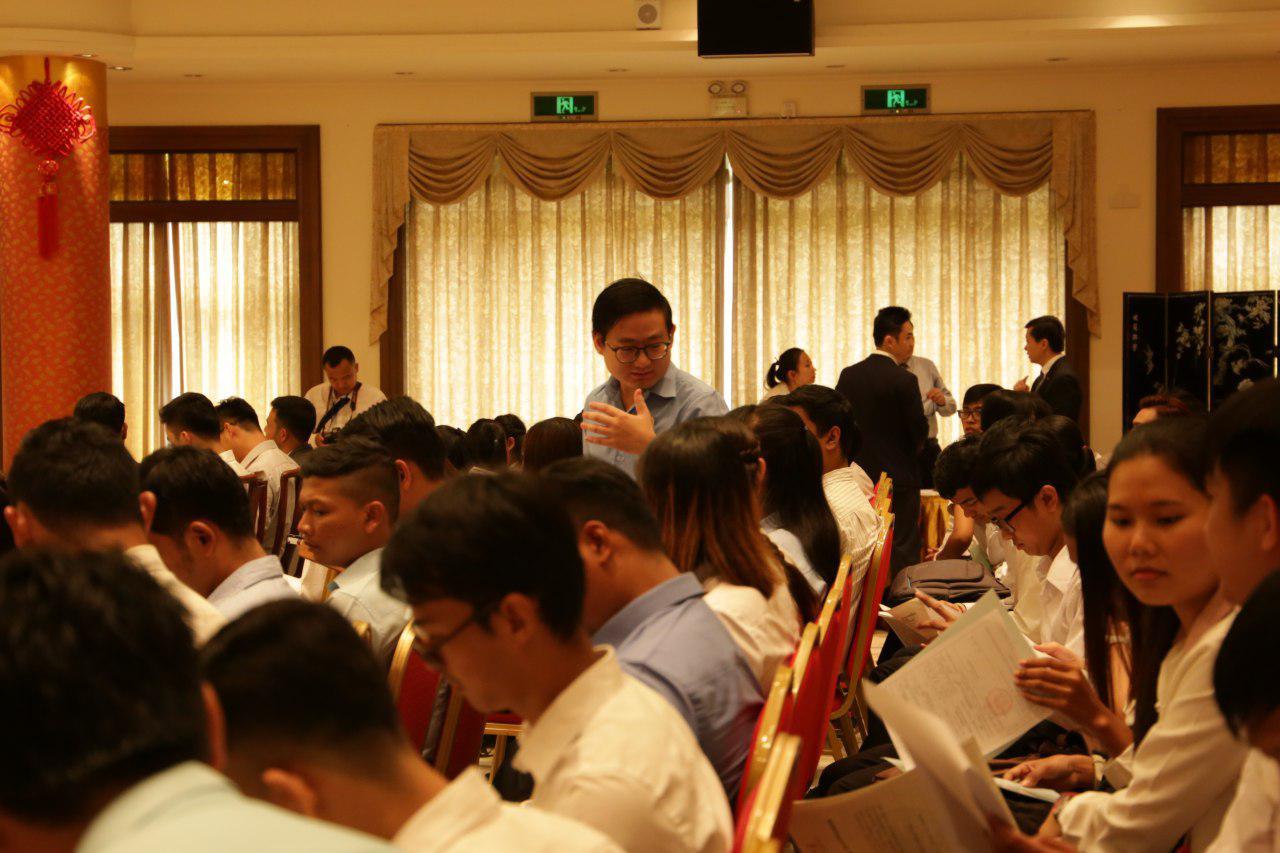 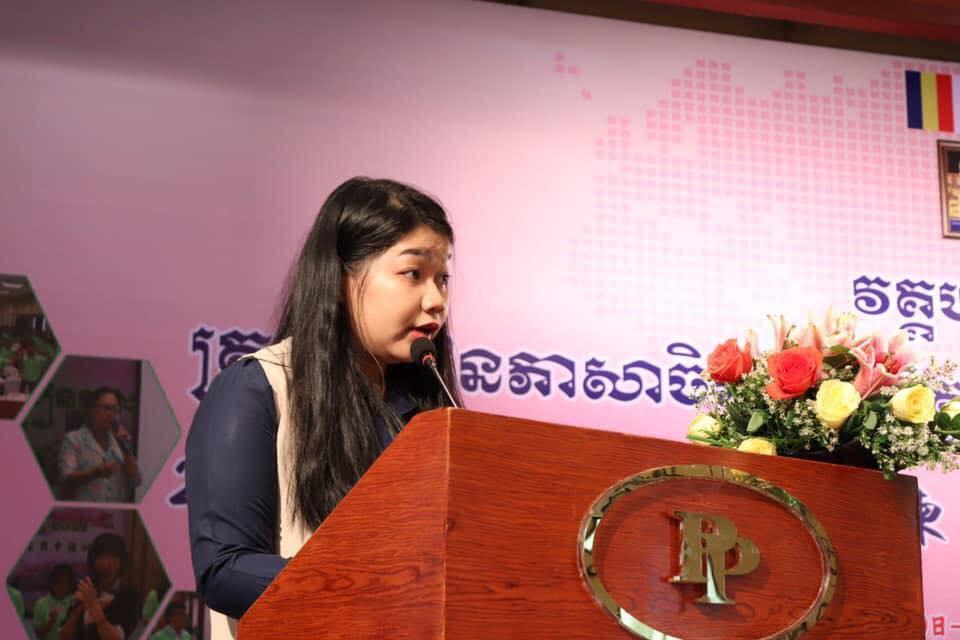 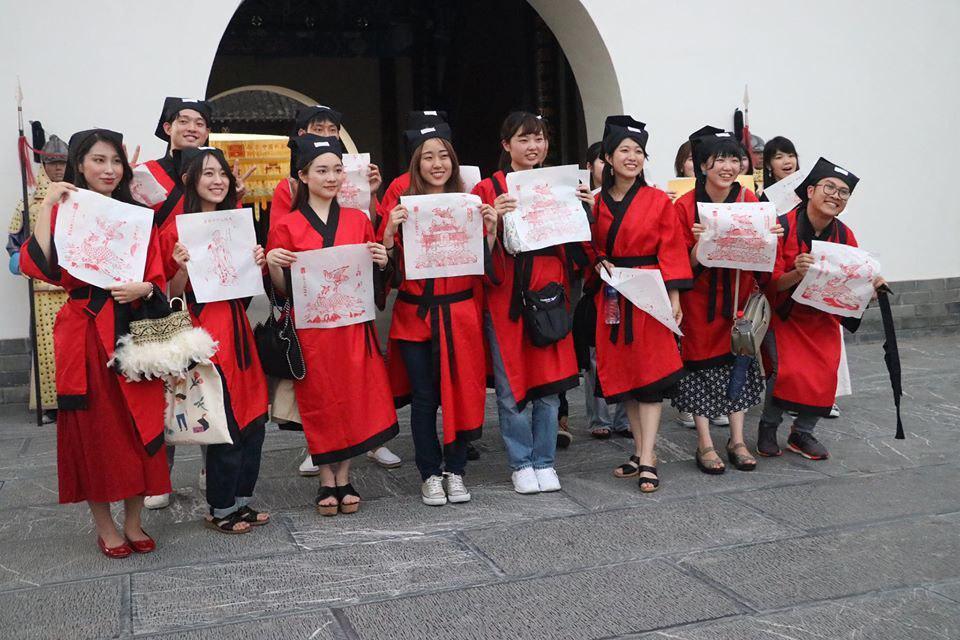 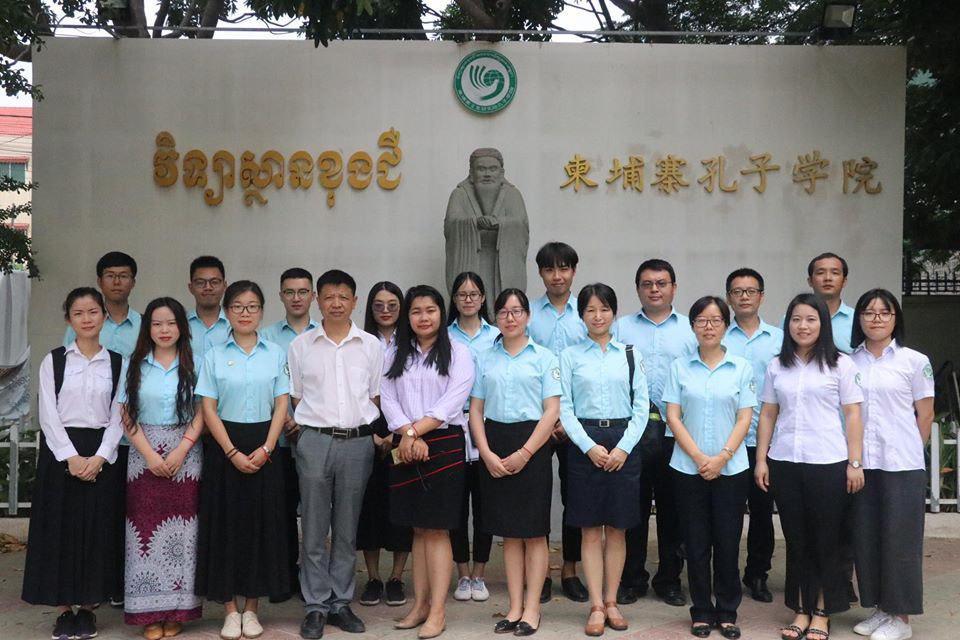 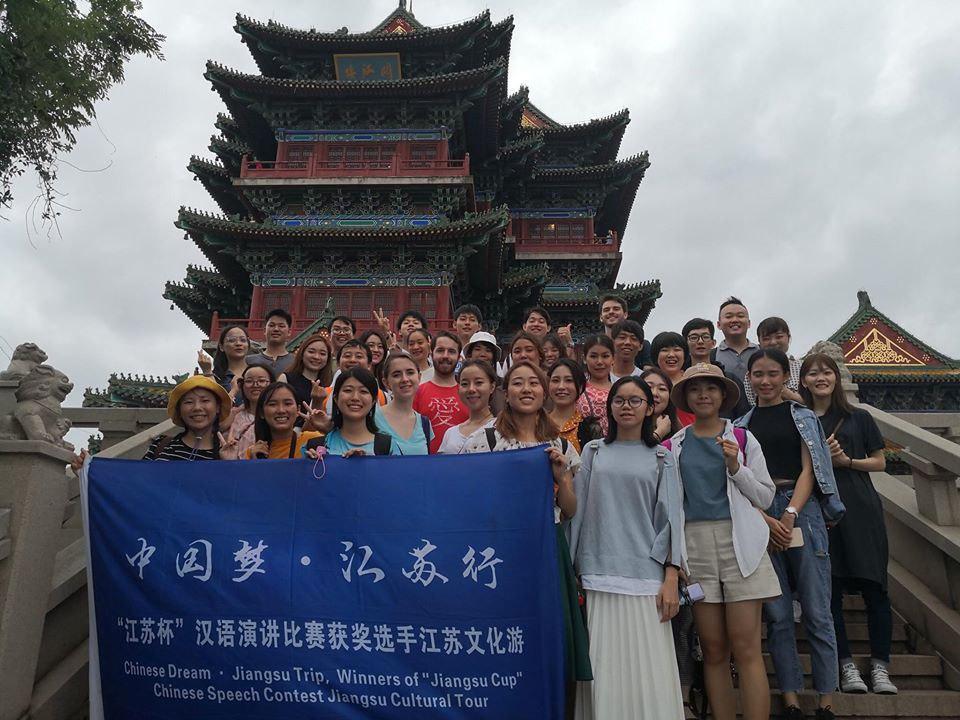 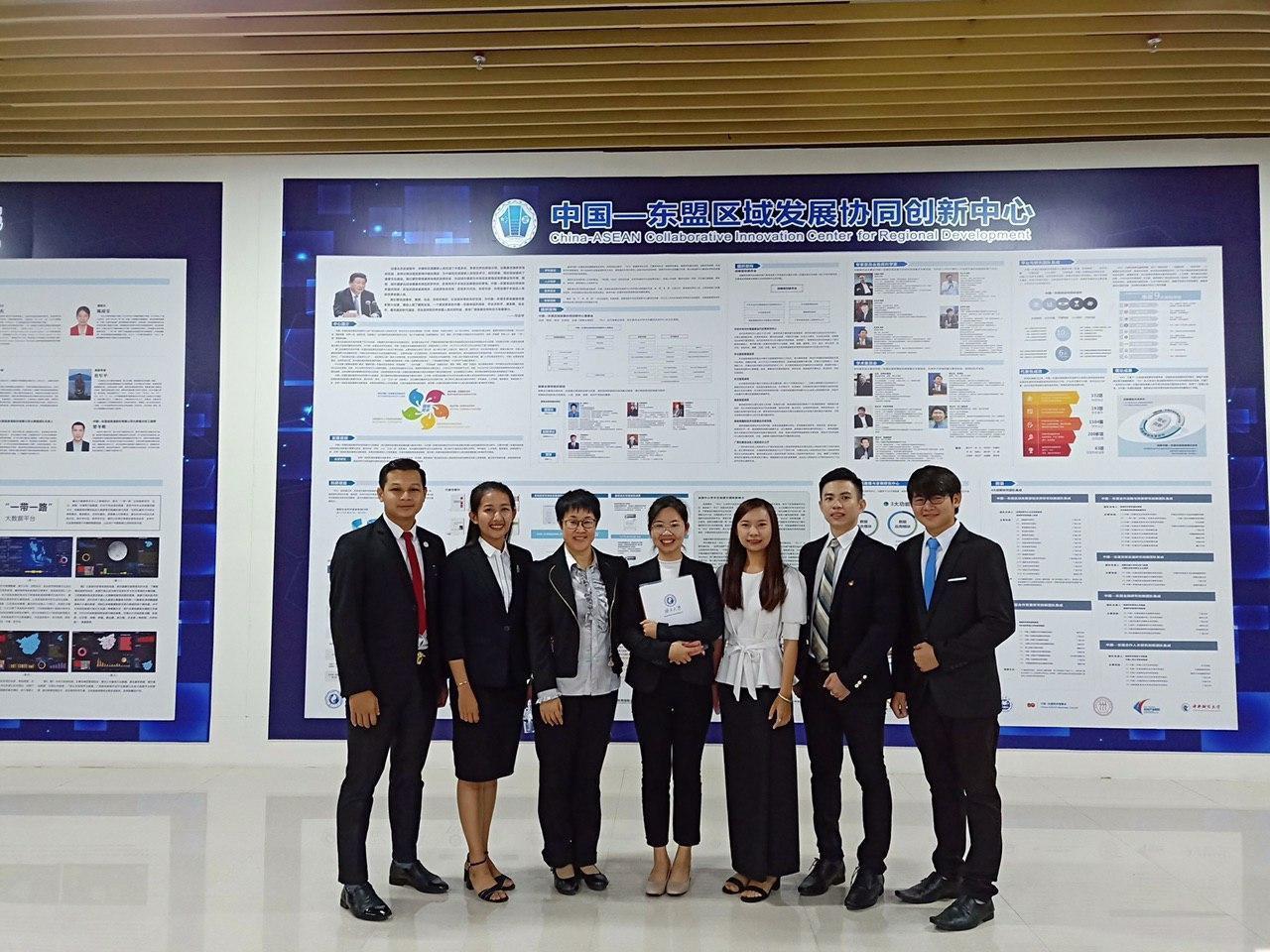 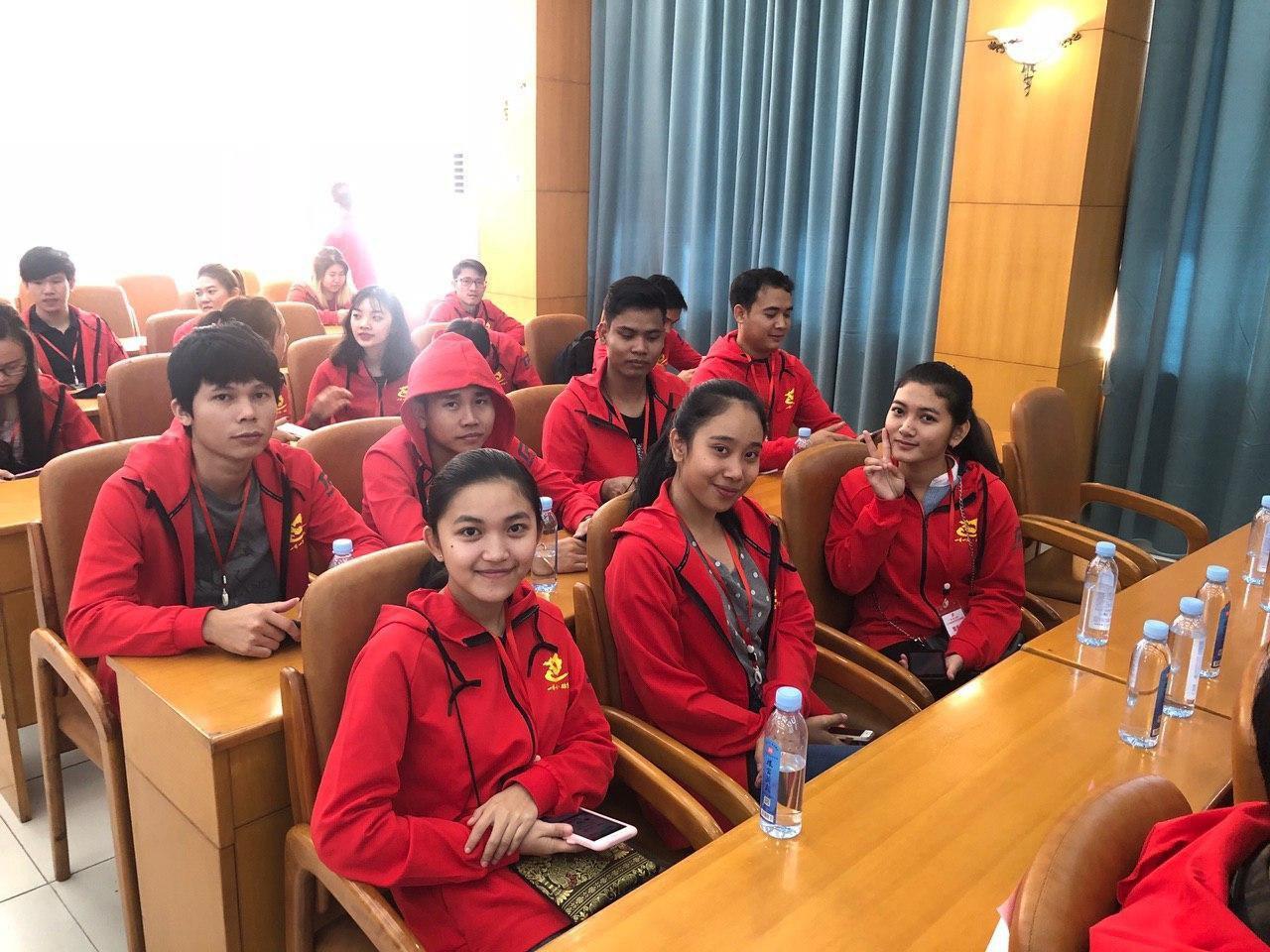 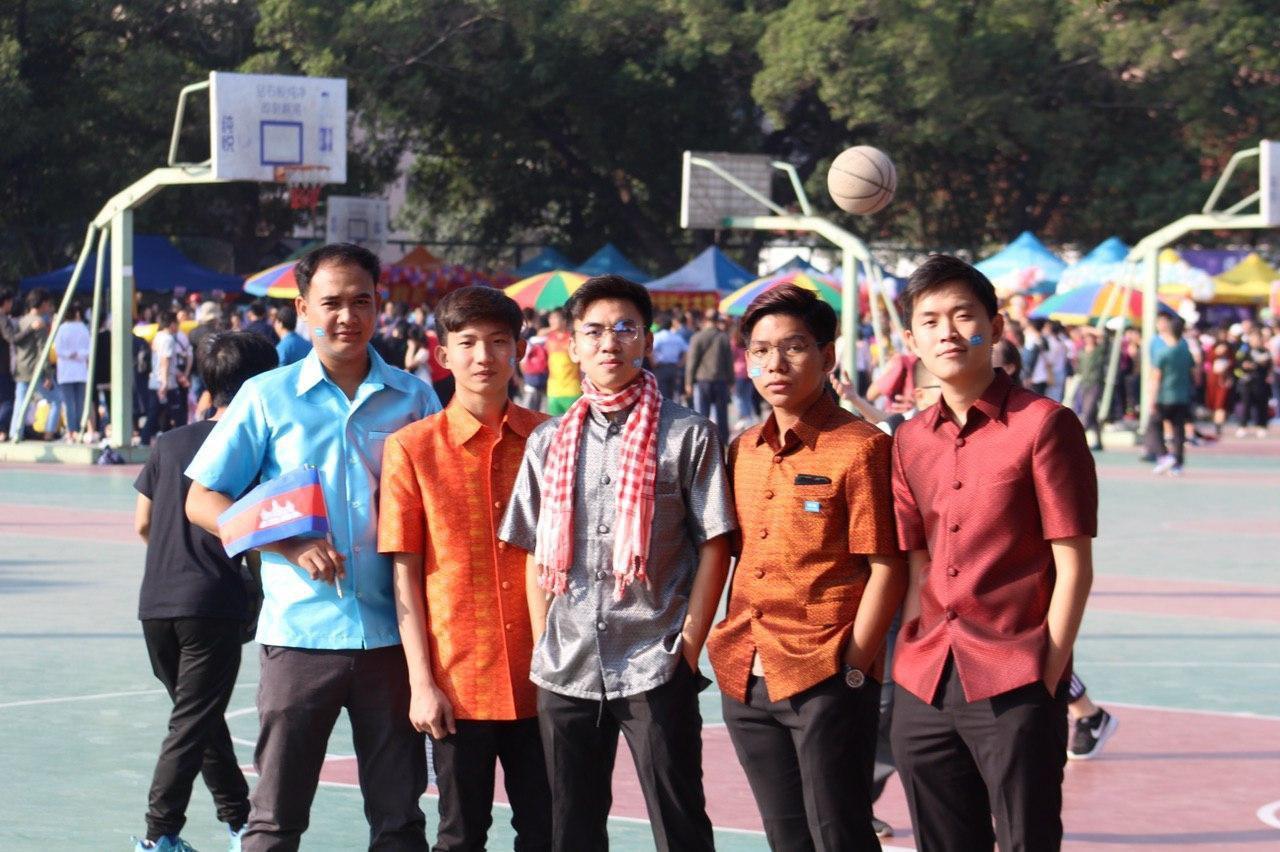 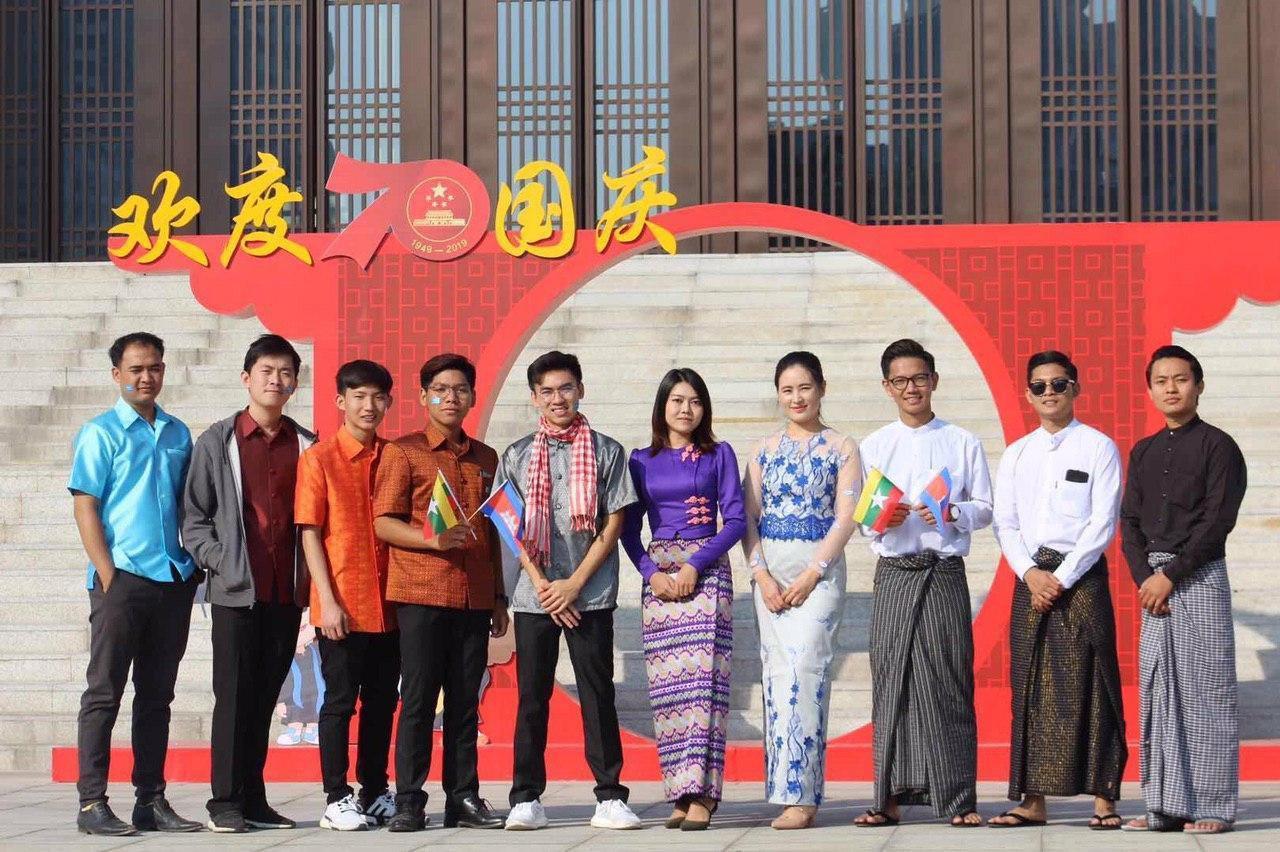 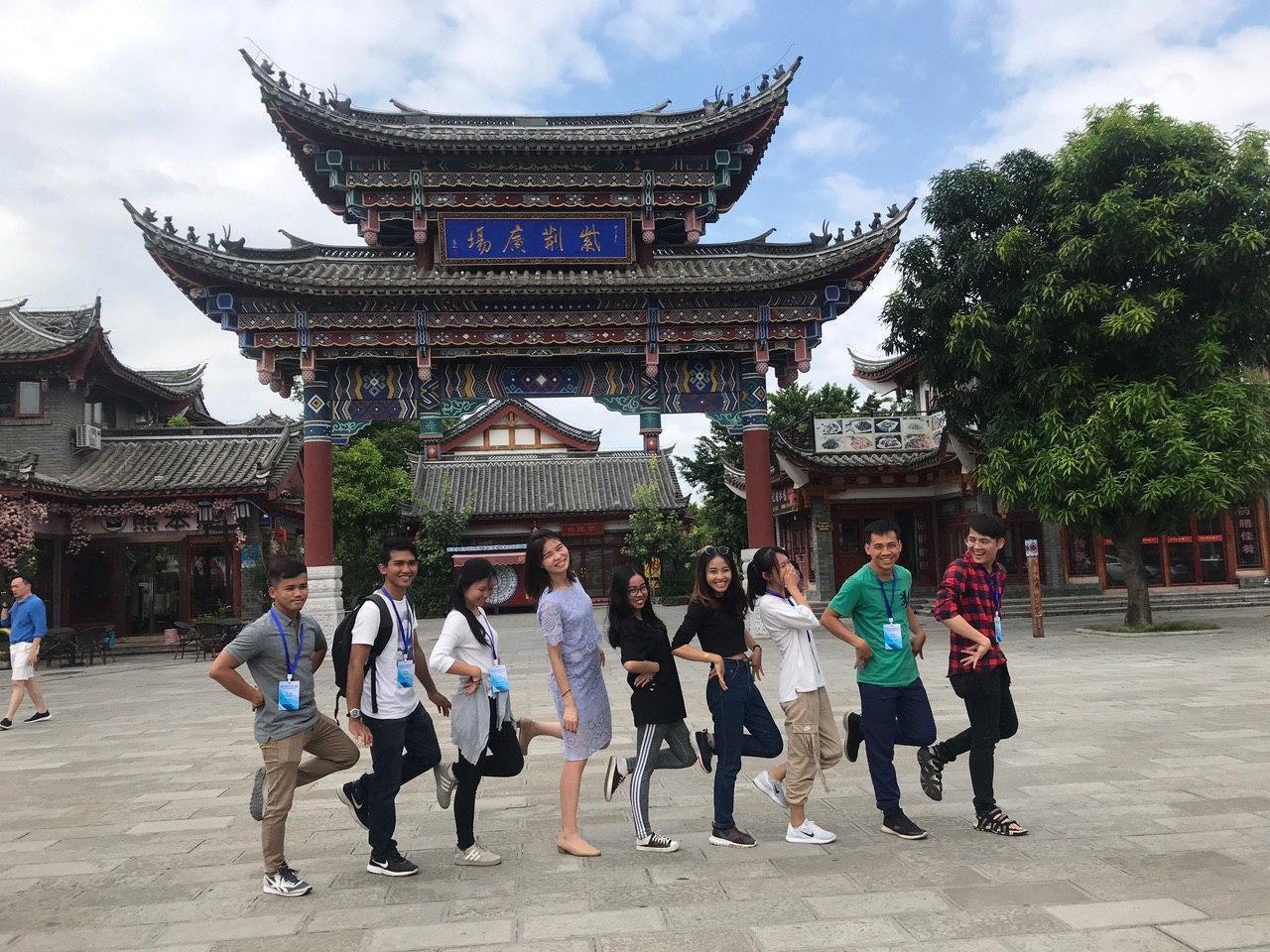 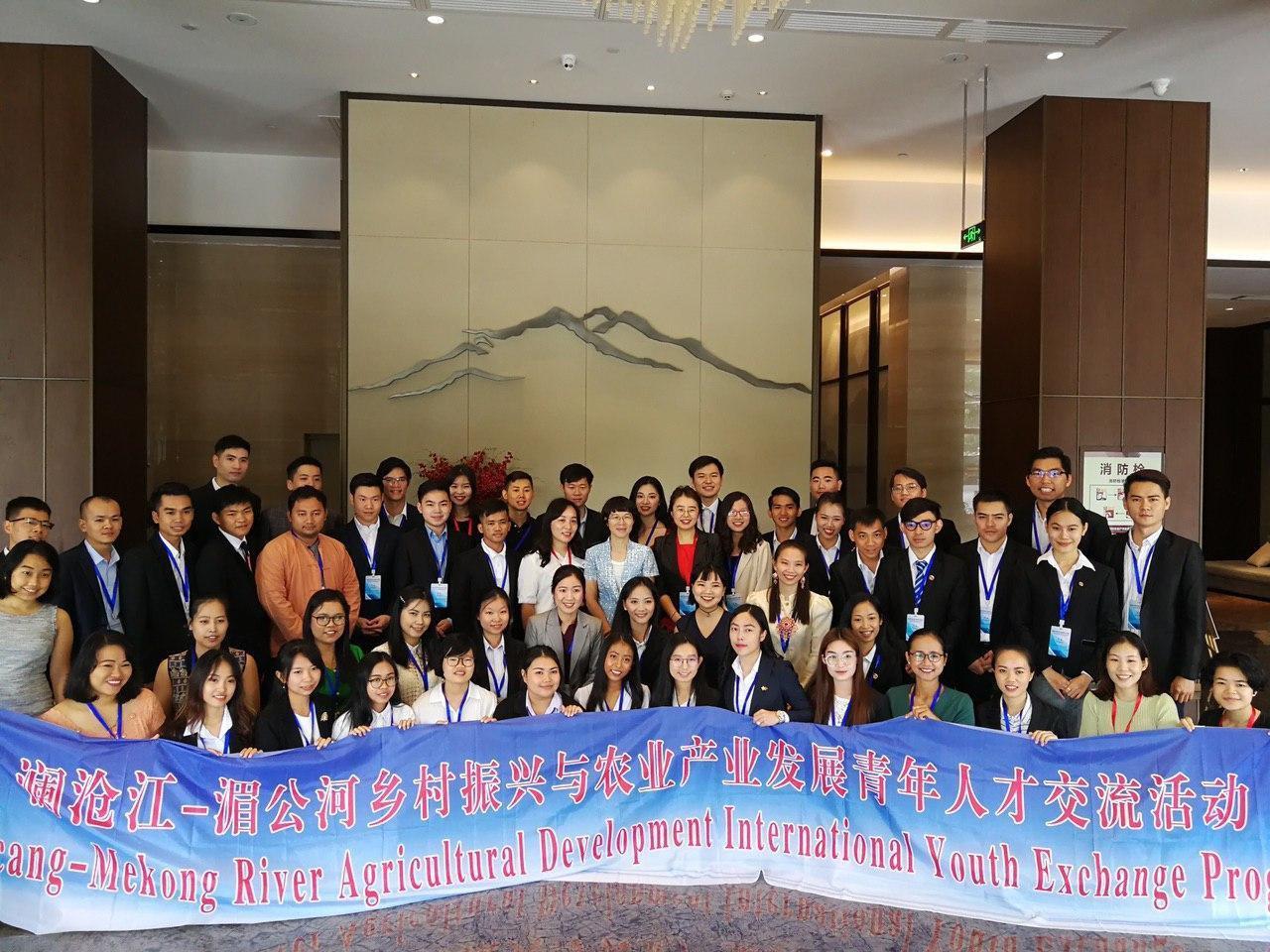 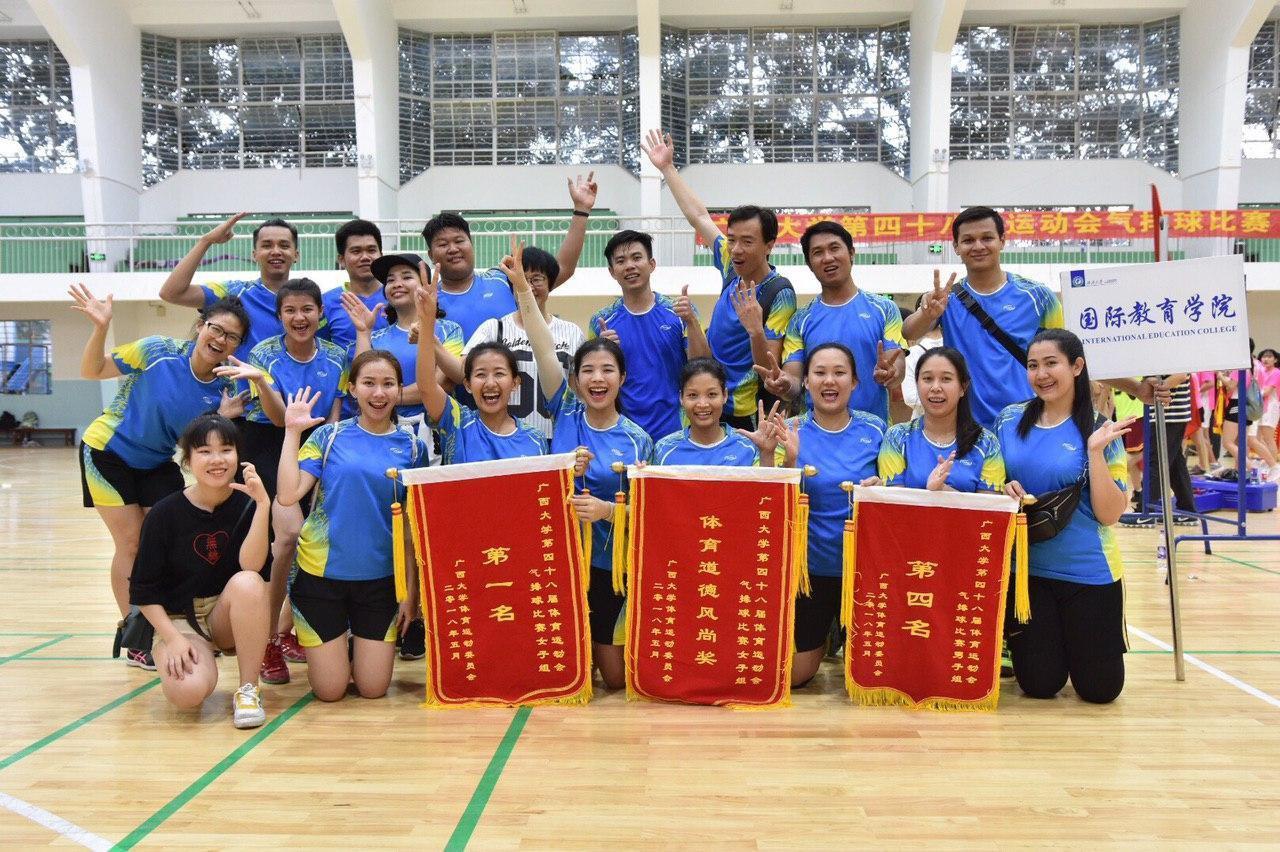 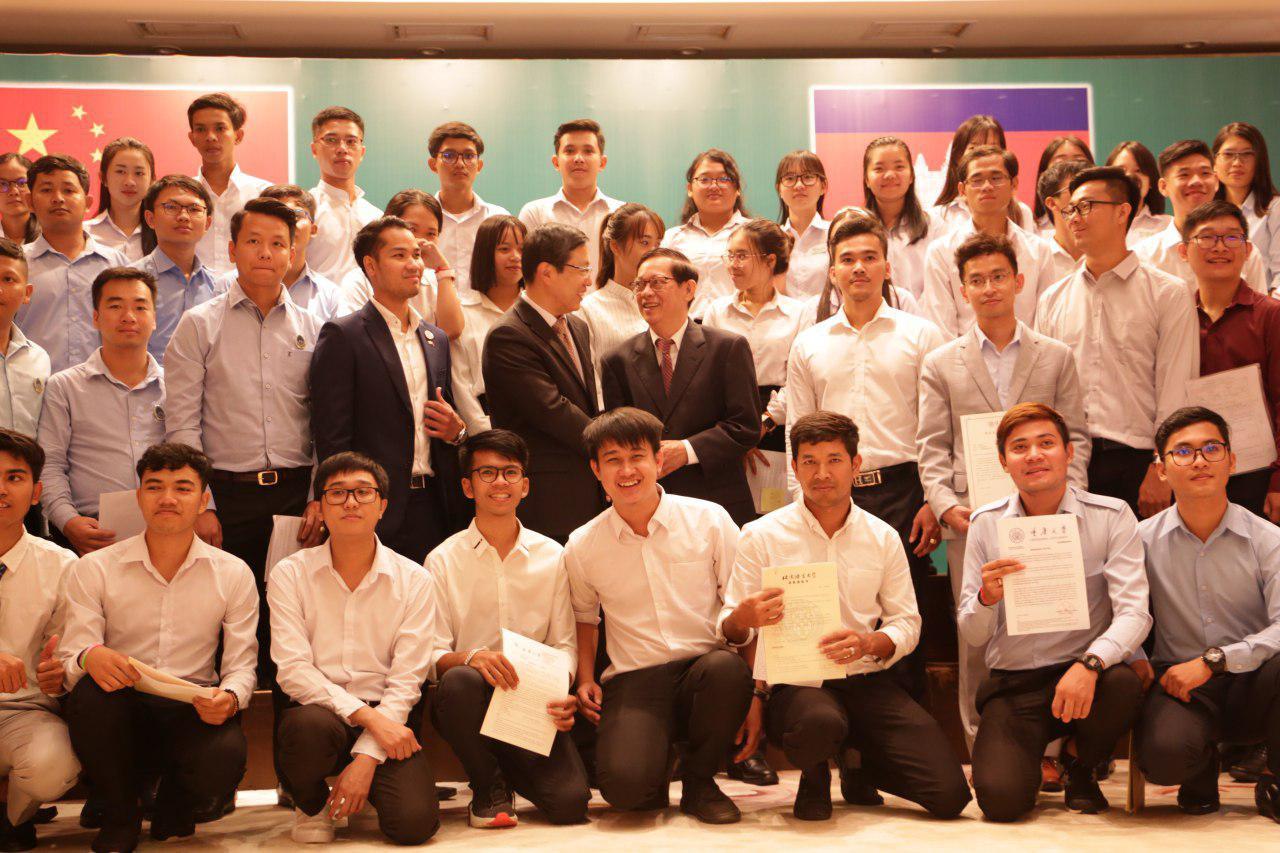 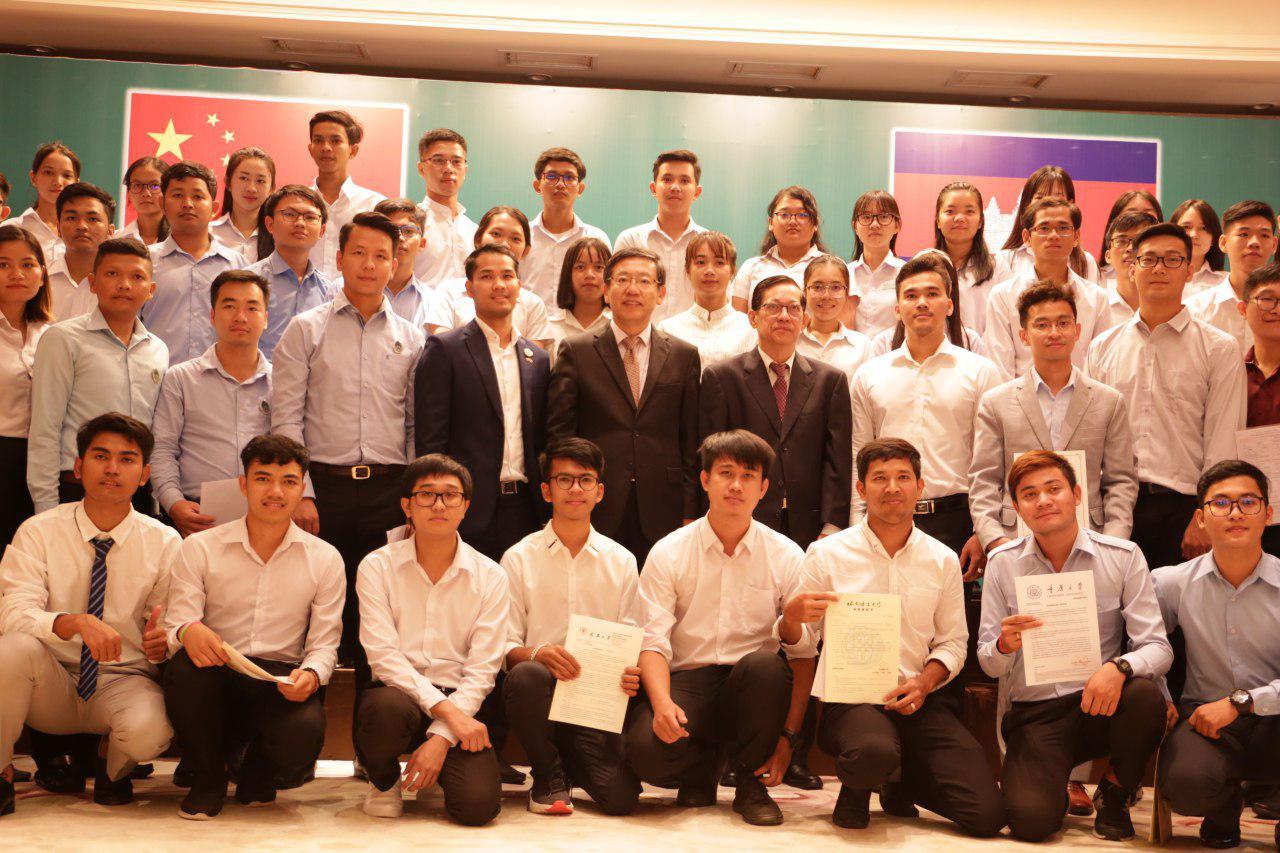