Phnom Penh (FN), Jul. 31 – Cambodian Prime Minister Hun Sen has shown his dedication to agriculture since assuming state office. During the month of July 2020, the prime minister made several trips to show his support for agricultural investments, also for aquaculture.

A common cycle characterises the most developed countries. It started with agriculture, then agro-industry (first stage processing of agricultural products), then small industry and the start of the field of services, and finally, for some, heavy industry.

The "economic miracle" which brought South Korea into the club of the 20 richest countries in the world in record time was based on the political decision to set up two essential sectors of agriculture: fertilisers and phytosanitary products. This decision made it possible to obtain a healthy and abundant agriculture, to ensure the food security of the country, to start exporting and then to develop the processing industry of agricultural products. At the same time, commercial and services activities related to agriculture were established. All of this value creation has led to heavy industry such as shipyards.

Cambodia’s progress in agriculture since 1993 is real, but much more could be done. A national agricultural project deserves to be launched and proclaiming the years 2020-2030 "Decade of Agriculture" would help Cambodians to appropriate this project.

The economy of the sea is a vast field: fisheries, processing, conservation, trade, shipbuilding, port and transport activities, environmental protection, marine energy, biological resources and marine biodiversity; so many activities that they are also part of an international context with its treaties, agreements and regulations.

It should be noted that there is great diversity in the administrative and political structures of the Asia-Pacific region in the field of marine activities. One of the rare countries to have regrouped all the activities of the blue economy in one ministry is South Korea which is on its 21st minister. The other countries have divided the different branches of the marine industries into several entities.

Agriculture and marine industries are adapted to times of restricted international mobility. The plan to develop them is coherent and relevant in many respects.

Bopha Pat is a Cambodian analyst based in Phnom Penh.
=FRESH NEWS 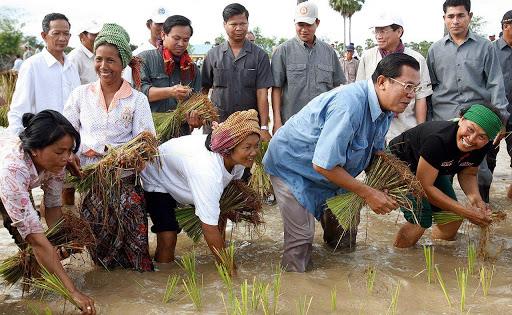