“His Excellency Le Kha Phieu departure is a big loss of a wise statesman who dedicated his entire life to the struggle for the independence of Viet Nam and for peace and prosperity of the Vietnamese people,” Premier Hun Sen wrote in the letter.

“Le Kha Phieu was also a long-time friend of Cambodia who contributed significantly to the elevation of the bonds of fraternal friendship and close cooperation not only between the Cambodian People's Party and the Communist Party of Vietnam, but also between our two governments and peoples,” he added. 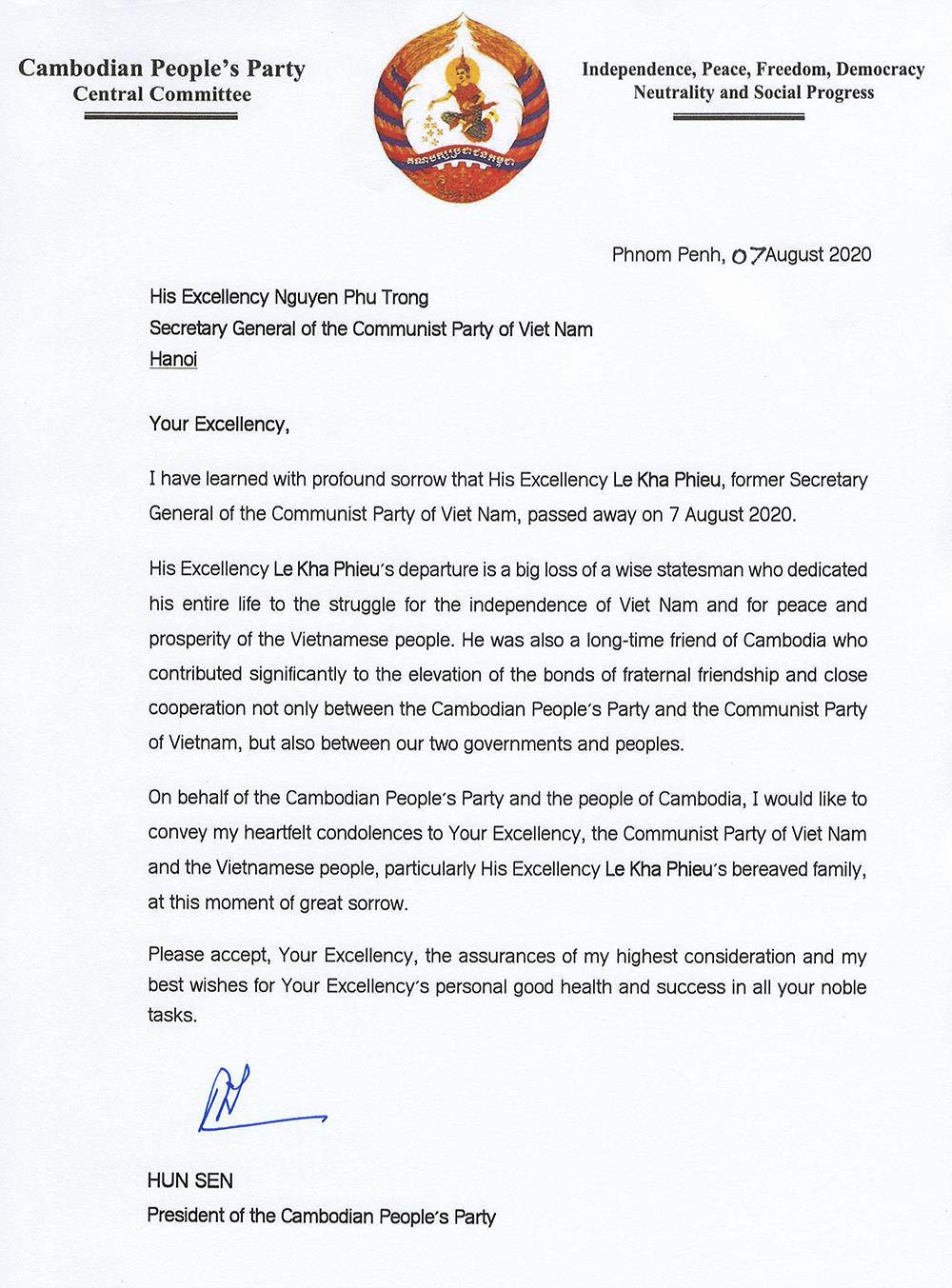 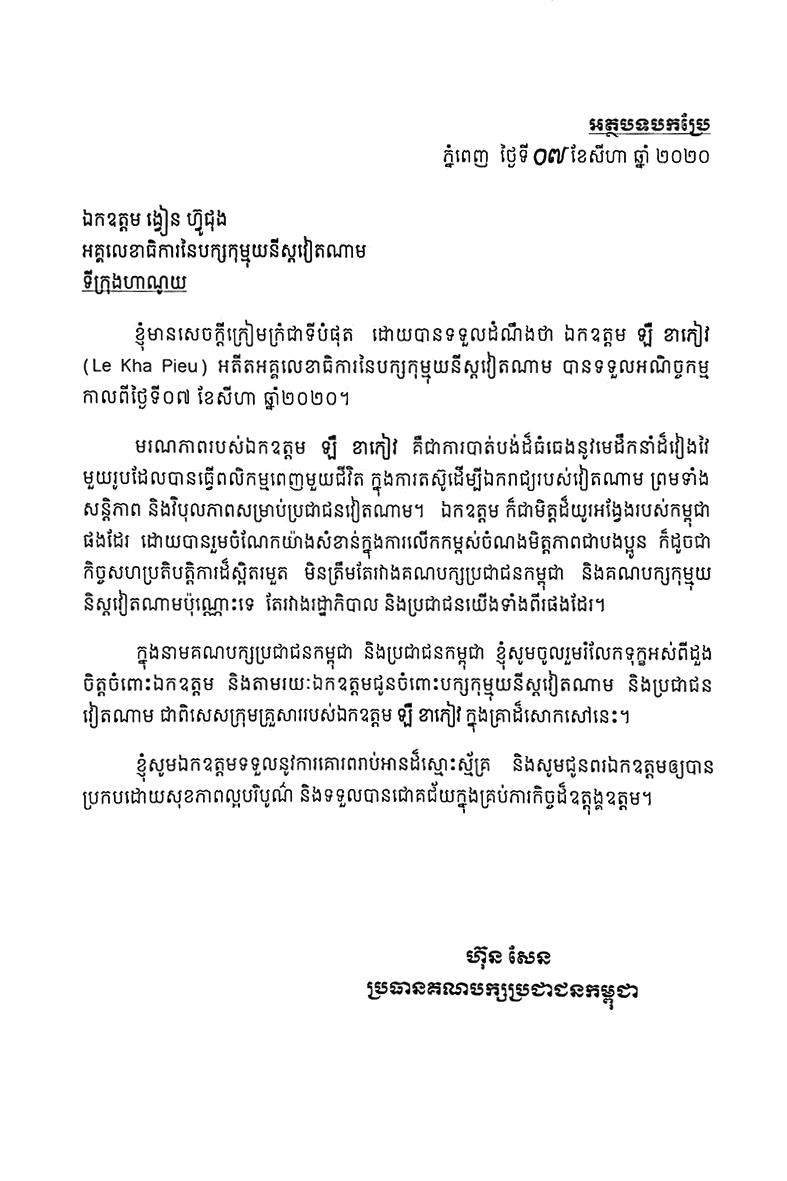