Press Release: Fired Executive Director of Children's NGO Lives Like a Lord on Stolen Funds while Children in His Care Suffer Horrible Abuse

“After an initial inquiry into concerns about Mr. Sothea Arun’s management of Sovann Komar, he and three other members of the management team were terminated in August 2019 for serious misconduct, including serious child abuse and fraud, leading to the theft of millions of dollars.” 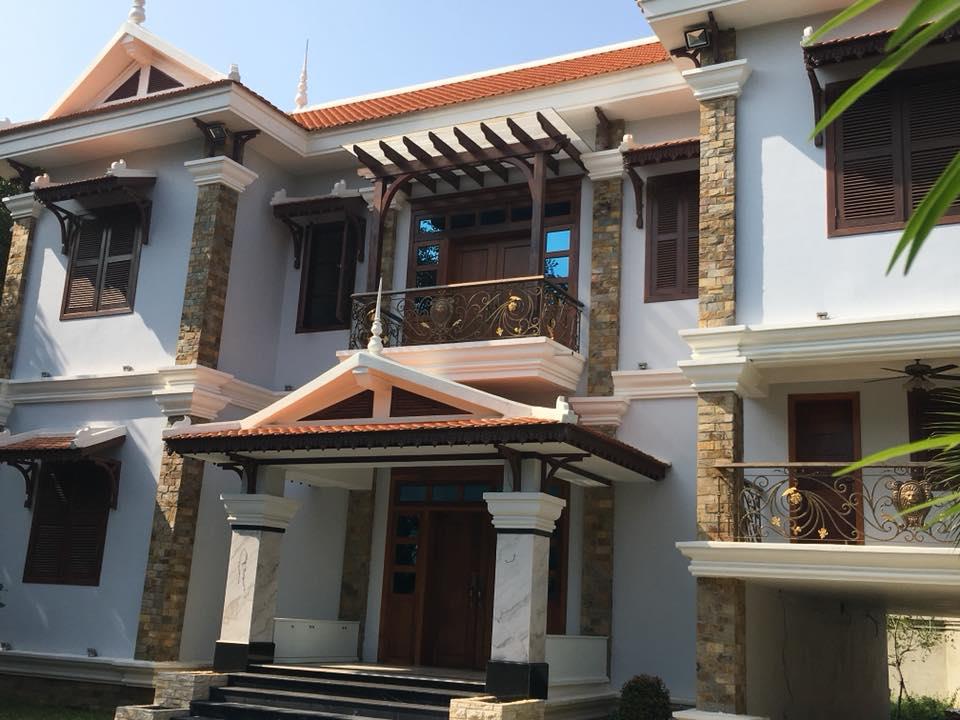 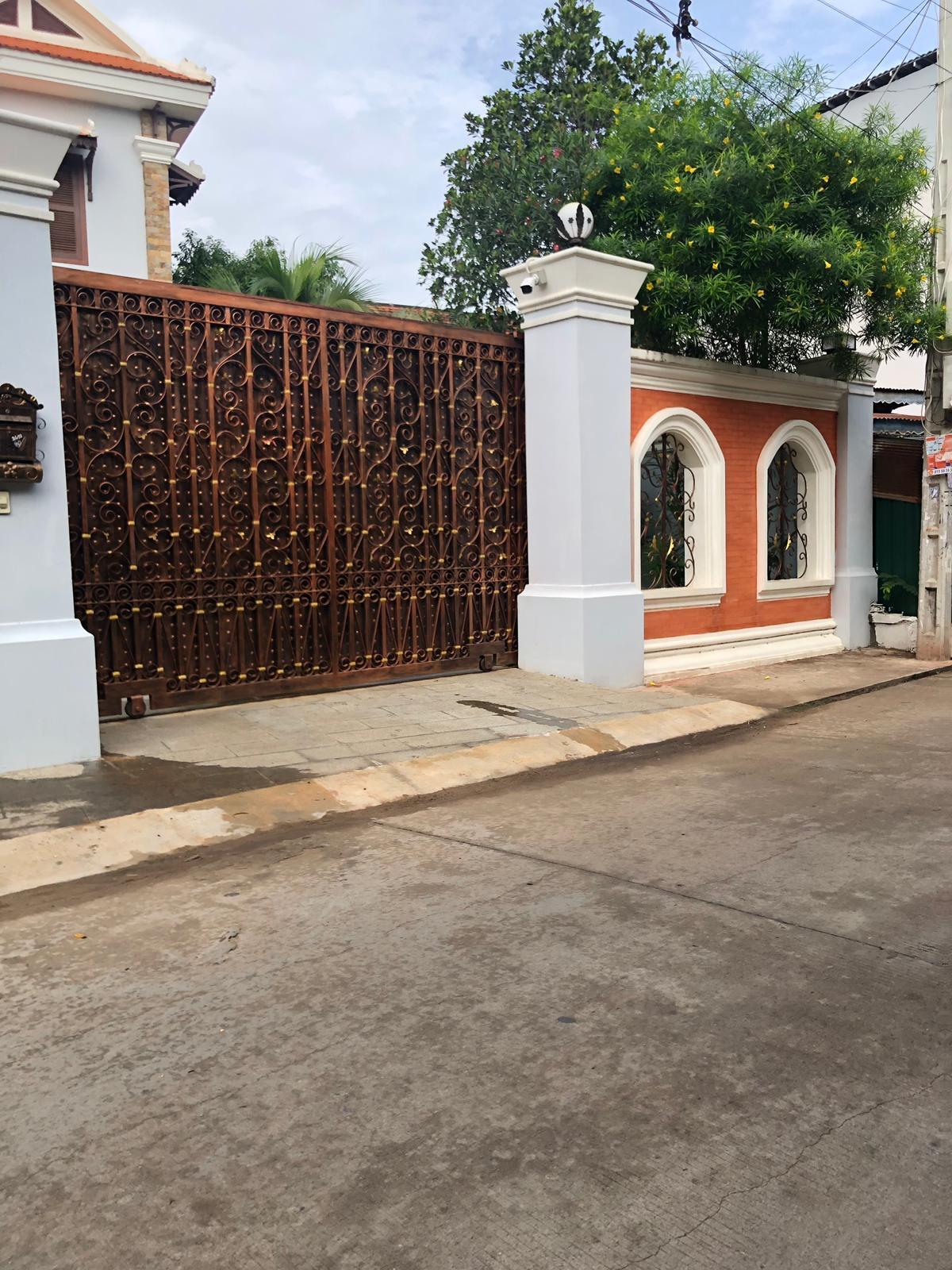 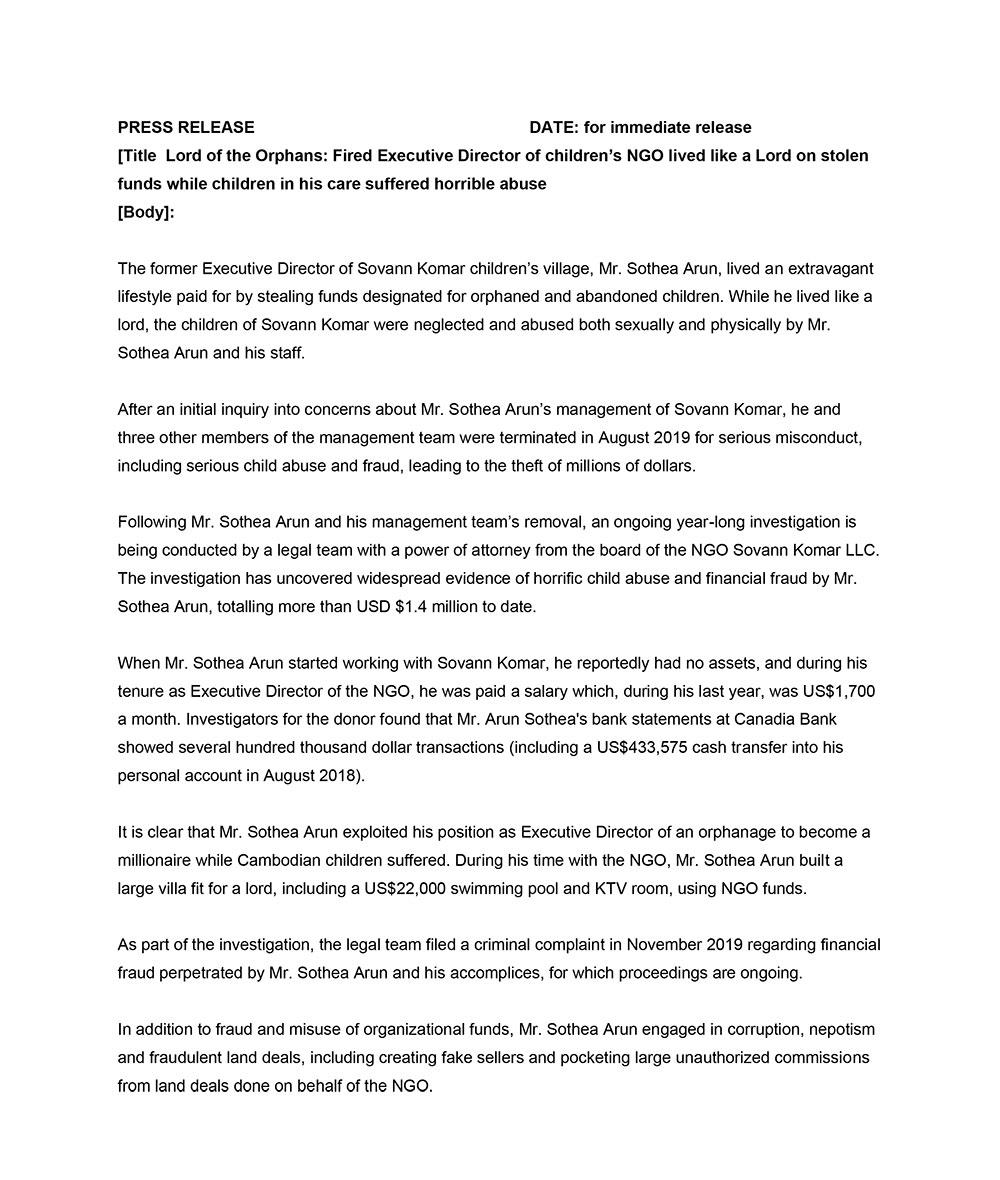 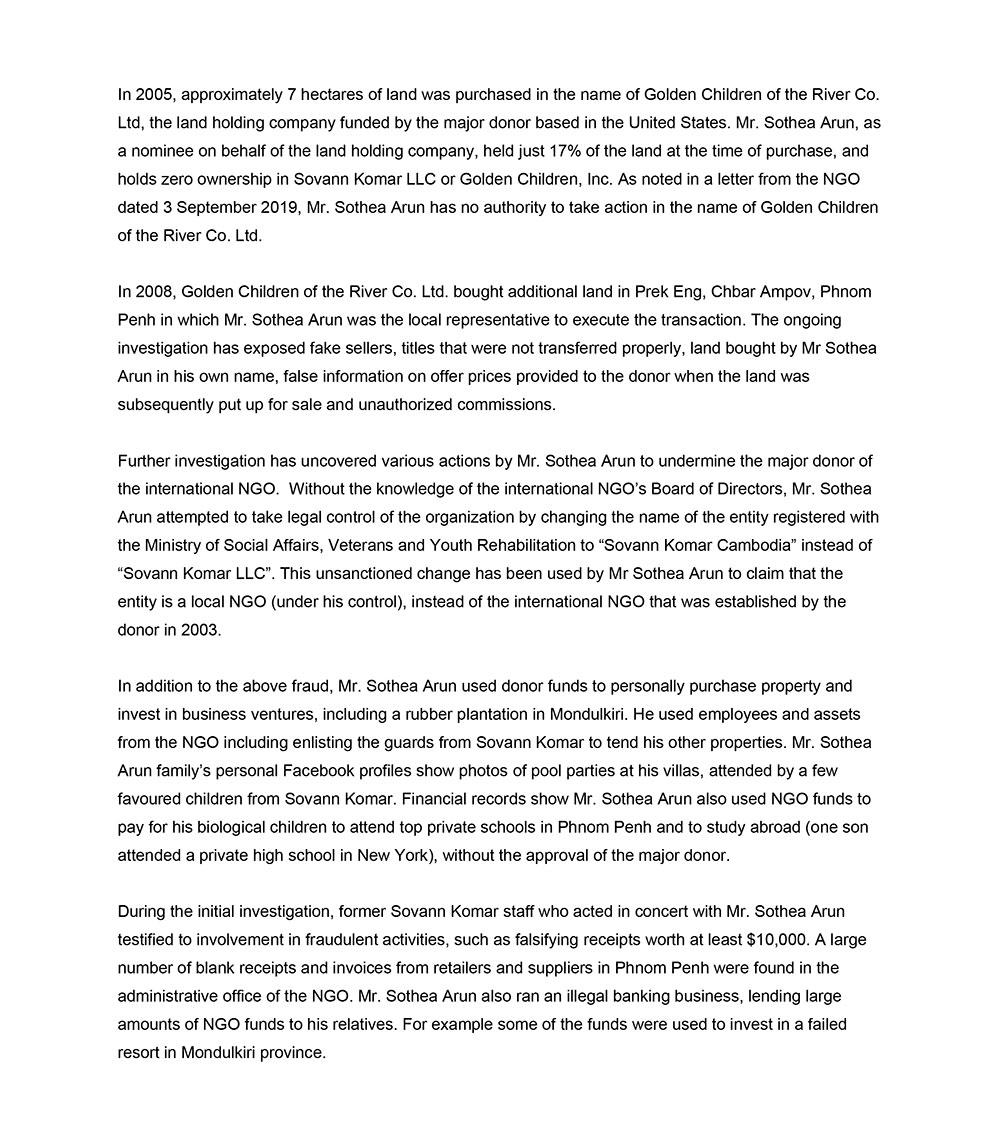 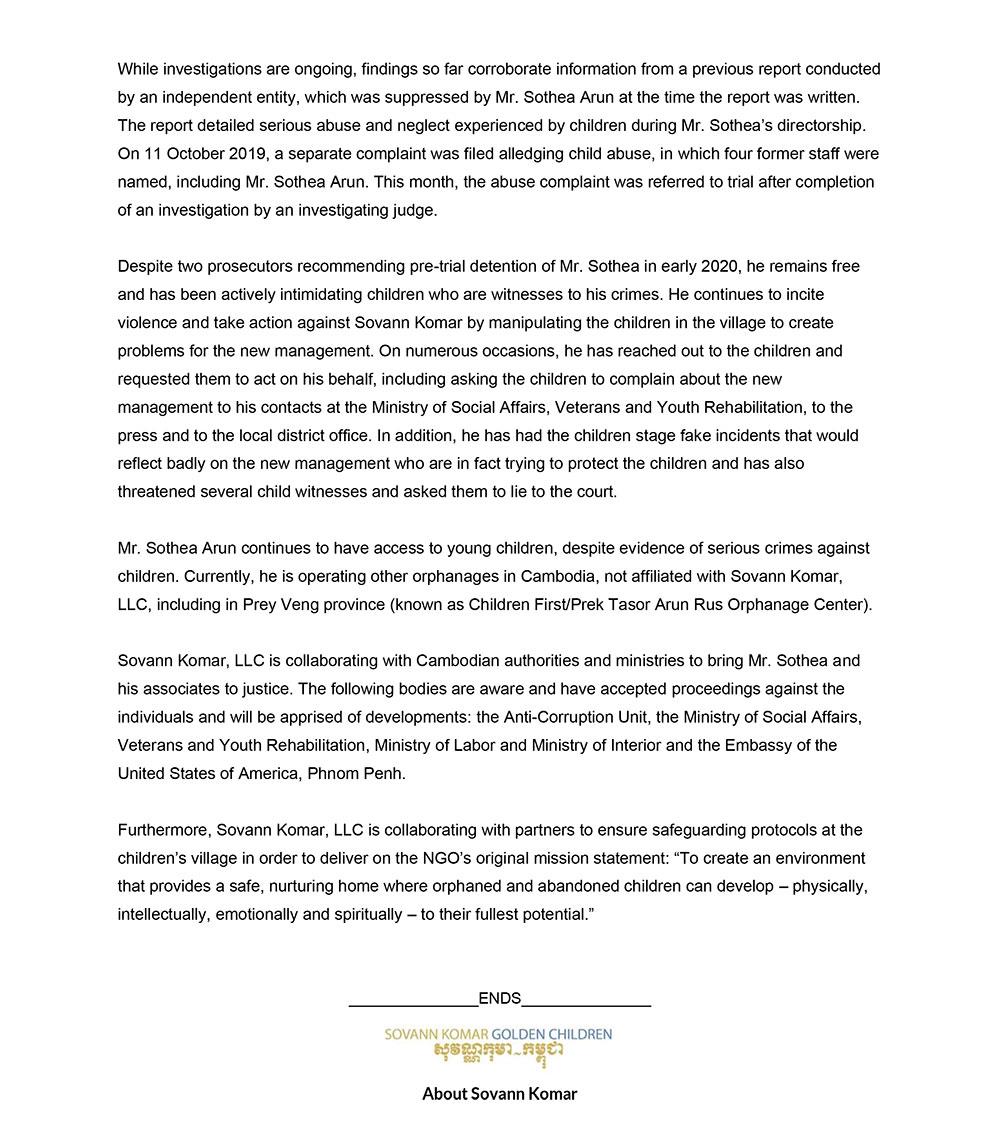 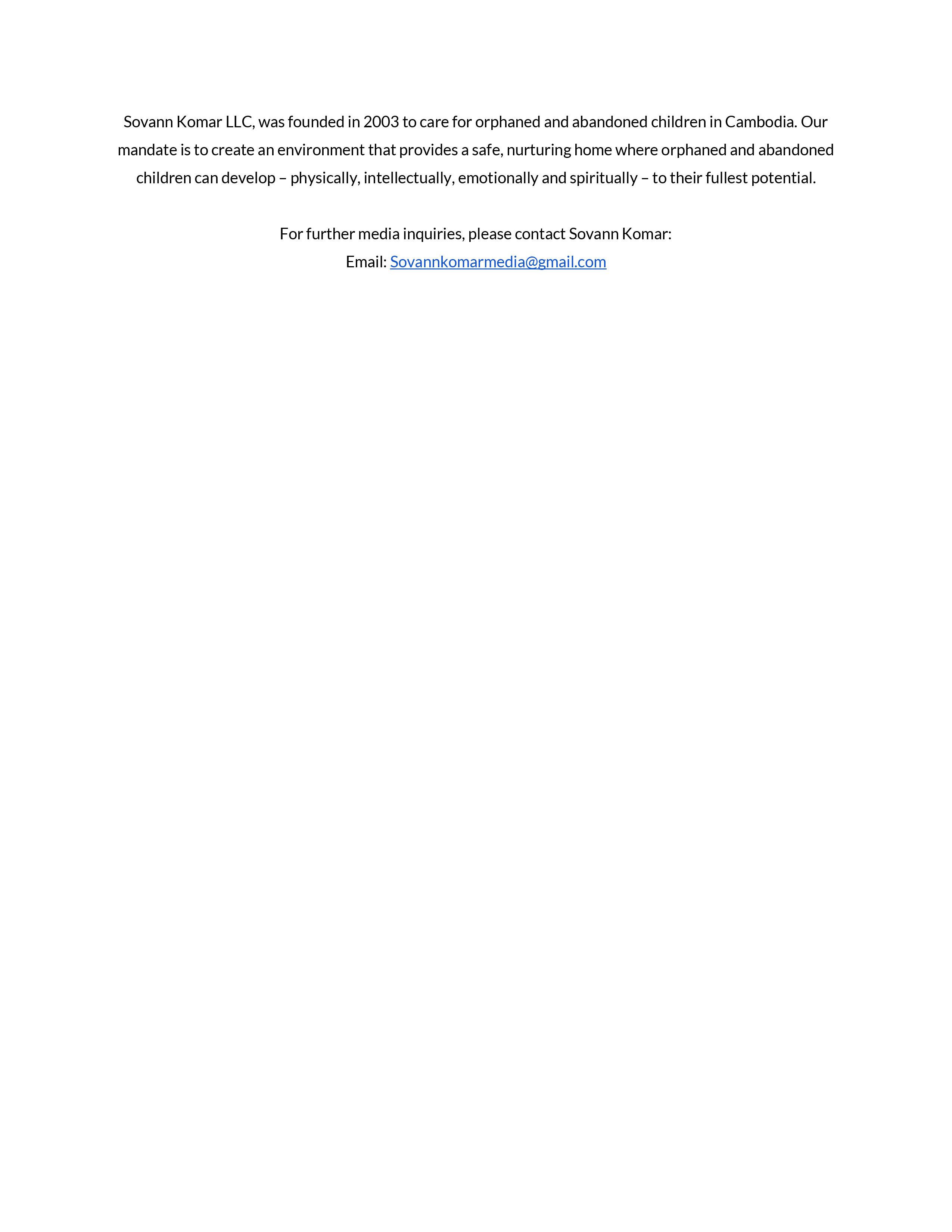