Phnom Penh (FN), Sep. 18 – The Spokesperson of the Ministry of Foreign Affairs and International Cooperation is disappointed by the politically-motivated allegations made on 15 September 2020 by two US political figures, namely Congressman Alan Lowenthal and Assistant Secretary of State Robert A. Destro, as to the nature of the Cambodian authority’s measures to ensure peace, social order and public health in the country, according to the statement seen by Fresh News on Friday.

“The Spokesperson notes with deep regrets that their assessments are inaccurate and did not take into account the factual and legal aspects of the issue at hand. Cambodia cherishes the freedom of expression, association and peaceful assembly as guaranteed under the Constitution. However, the exercise of such rights and freedom shall be in accordance with the law. Freedom of expression does not equate to freedom to spread indiscriminate hatred, racism and violence.” 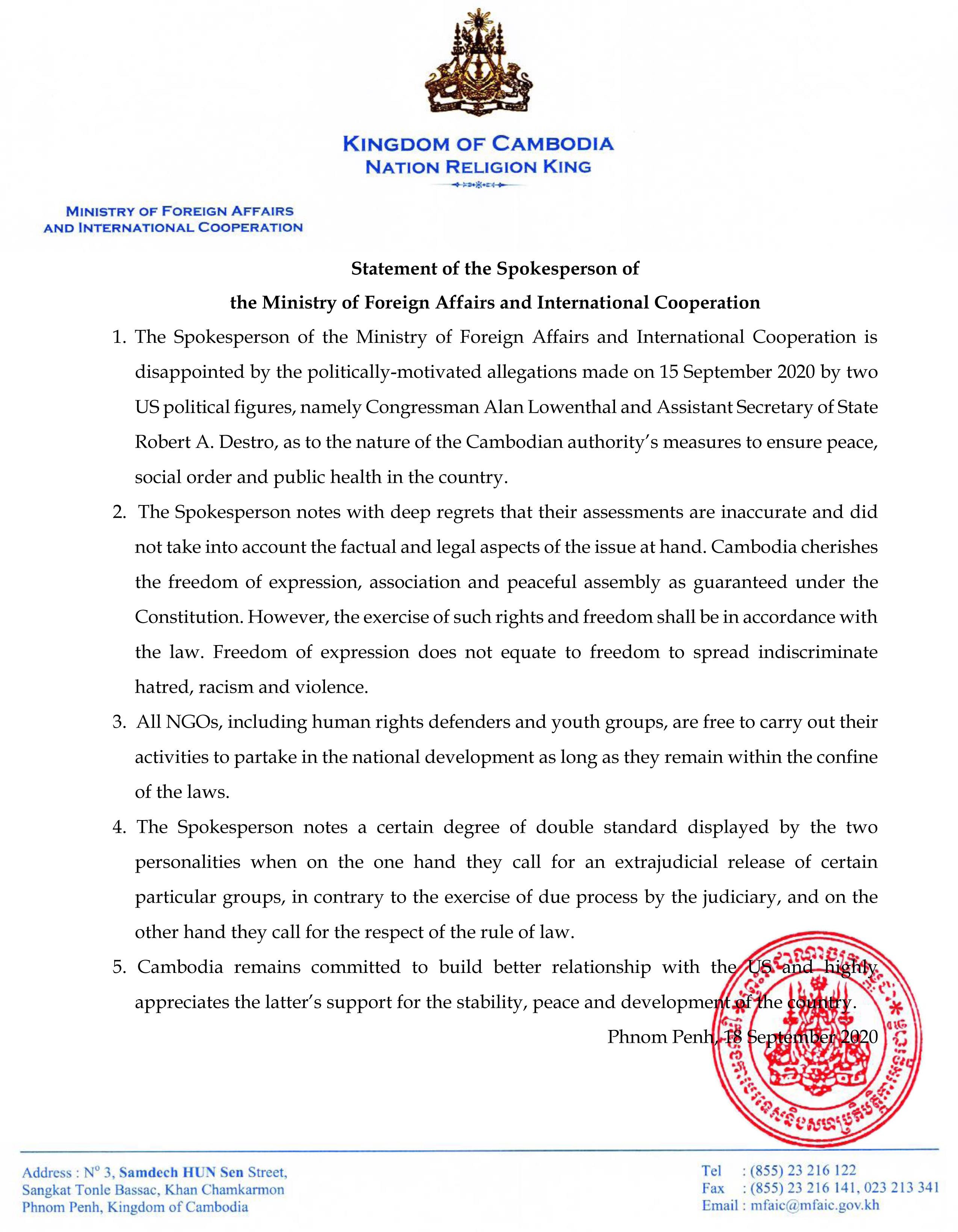 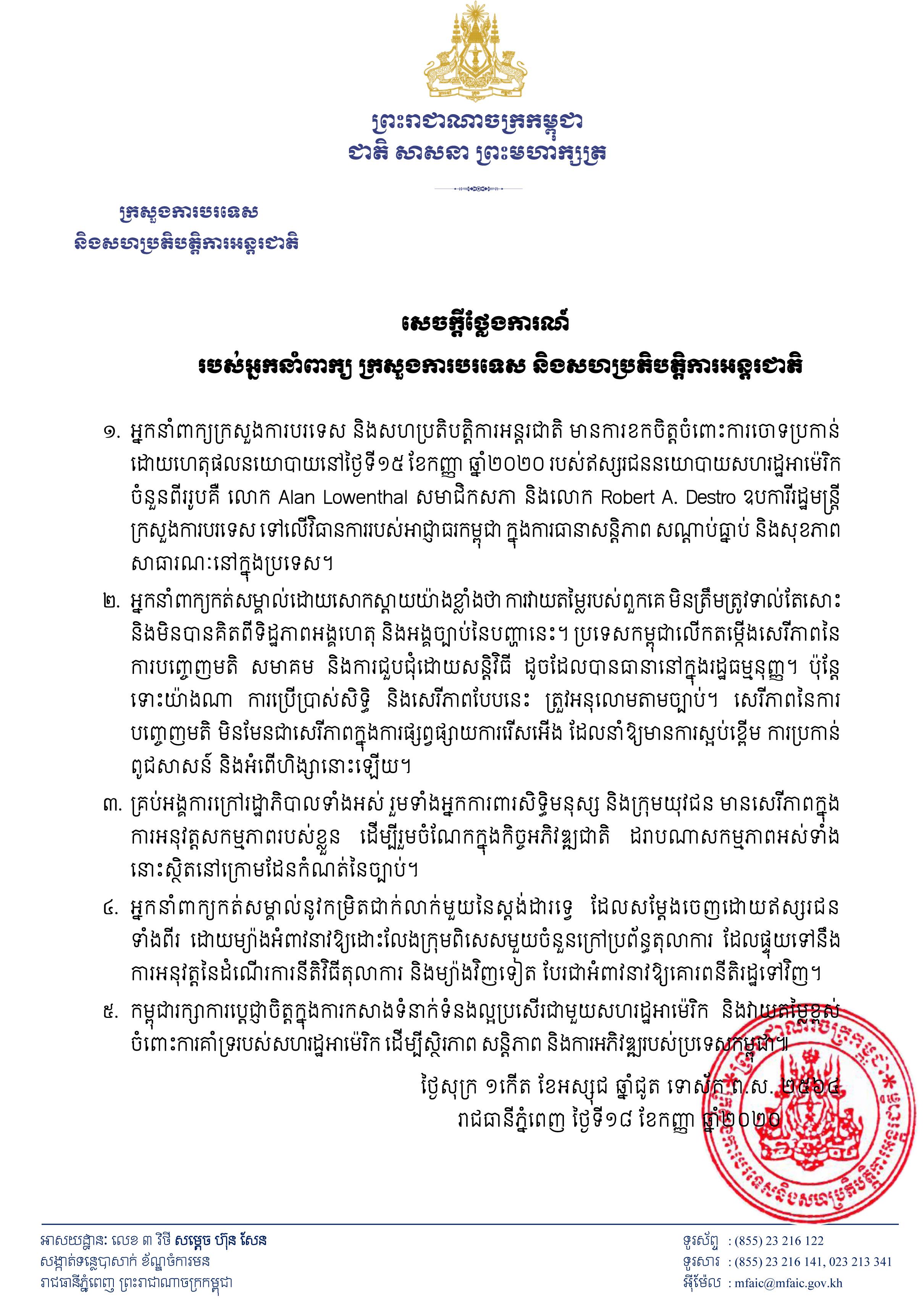