“On behalf of the Royal Government and people of the Kingdom of Cambodia, I have a great pleasure to extend my warmest congratulations to Your Excellency on your appointment as the new Prime Minister of Japan following a landslide victory in Liberal Democratic Party - LDP leadership election on 14 September 2020,” according to Premier Hun Sen’s letter dated 17 September 2020.

“I look forward to working closely with Your Excellency to further consolidate and promote the amicable relations and close cooperation between Cambodia and Japan for the mutual interests of the peoples of our two nations and for peace, stability and prosperity in the region and beyond,” the letter added.
=FRESH NEWS 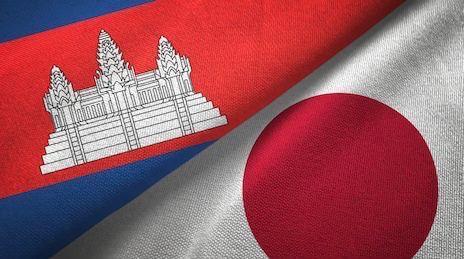 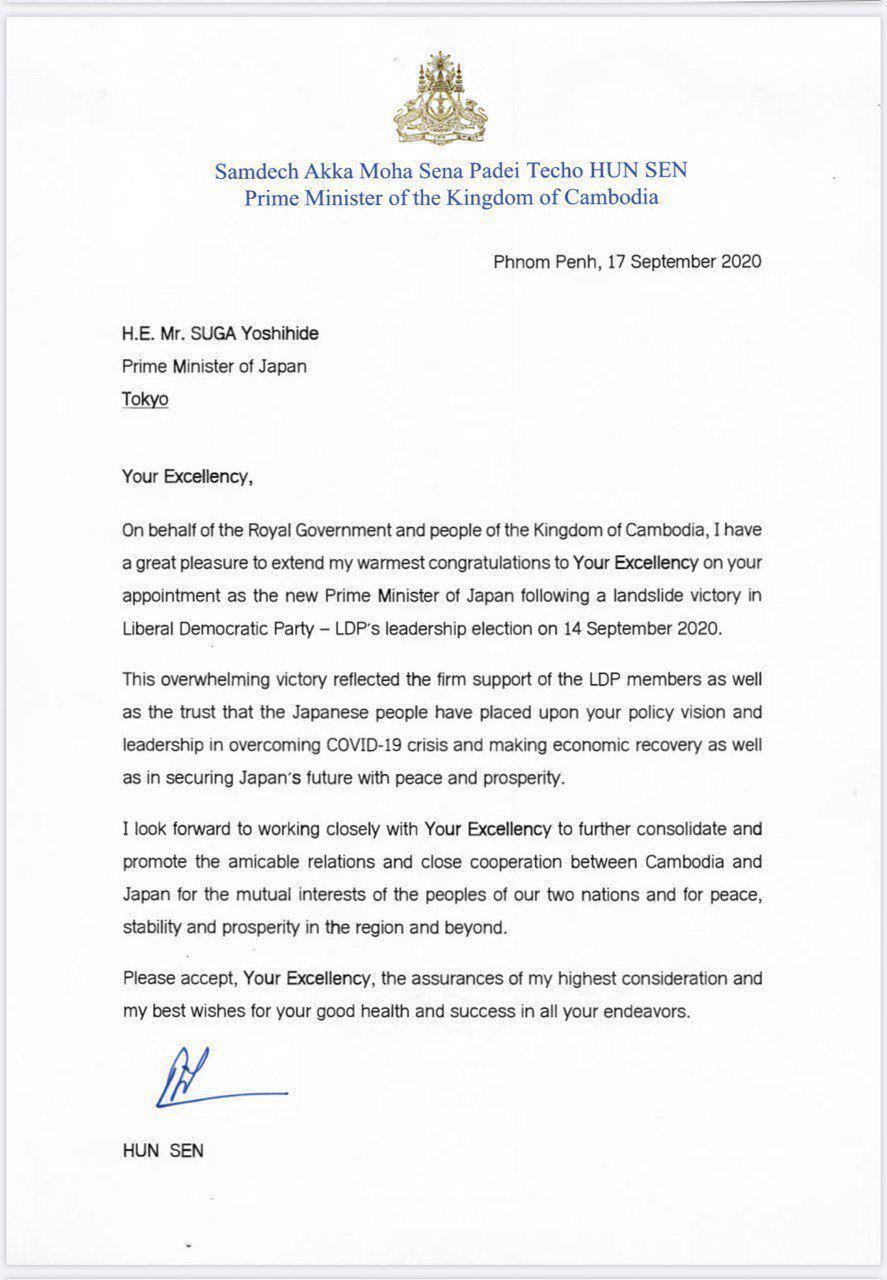 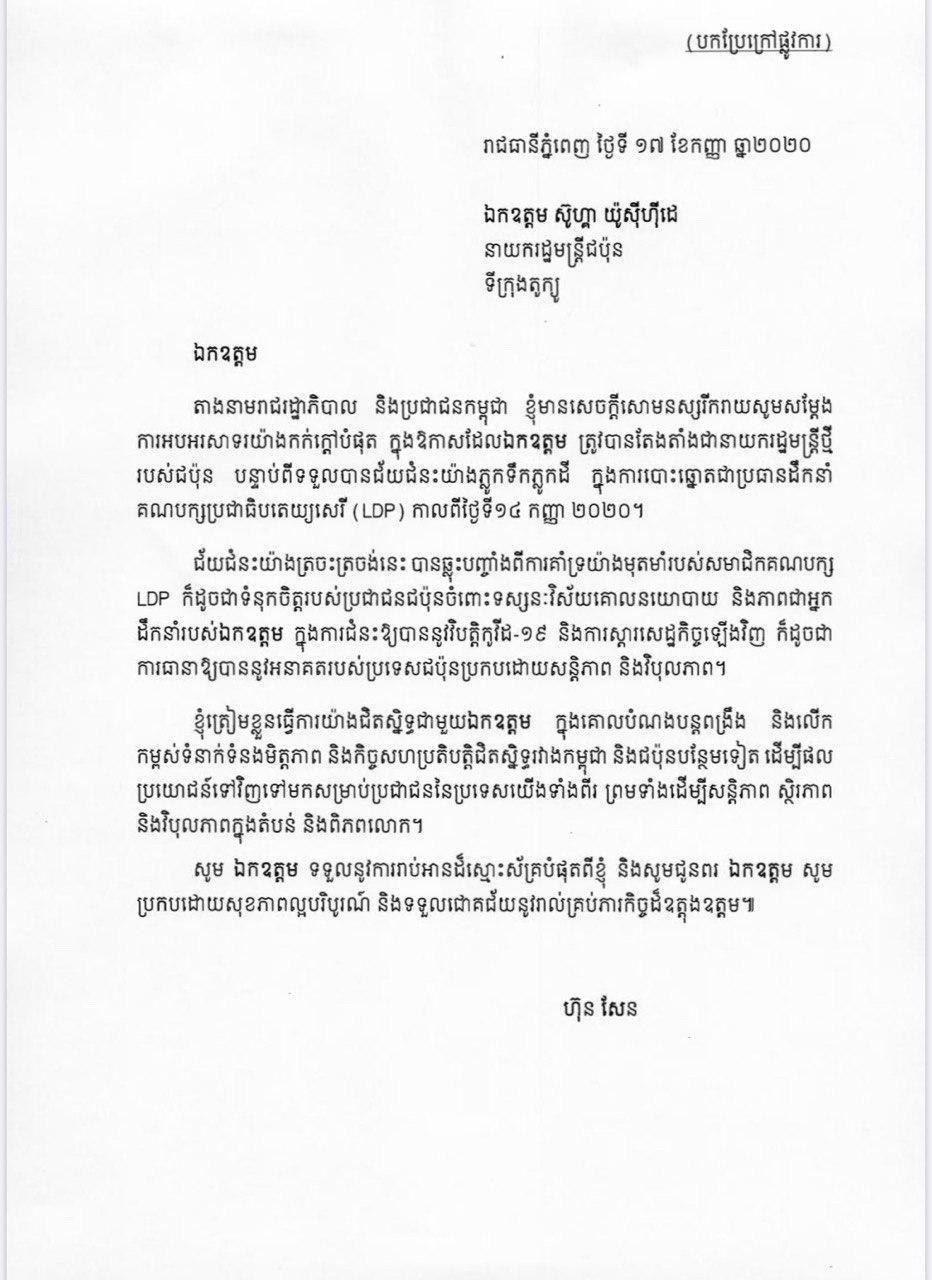