Phnom Penh (FN), Sep. 29 – Cambodian Prime Minister Hun Sen will participate in the Leaders’ Meeting on “Financing the 2030 Agenda for Sustainable Development in the Era of COVID19 and Beyond” on 29 September 2020 via videoconference in the format of pre-recorded video, which is being convened in the margins of 75th Session of the United Nations General Assembly, according to the Foreign Affairs Ministry’s press release dated 29 September 2020.

“In his substantive statement, Prime Minister Hun Sen will highlight the short, medium and long terms measures which are considered as most effective ways in addressing the current crisis, achieving the 2030 Agenda for Sustainable Development, and enhancing resilience, inclusiveness and sustainability over the long run. He will also provide the Meeting with recommendations on the role that the United Nations should play in supporting Member States to overcome this crisis and to build a better future.”
=FRESH NEWS 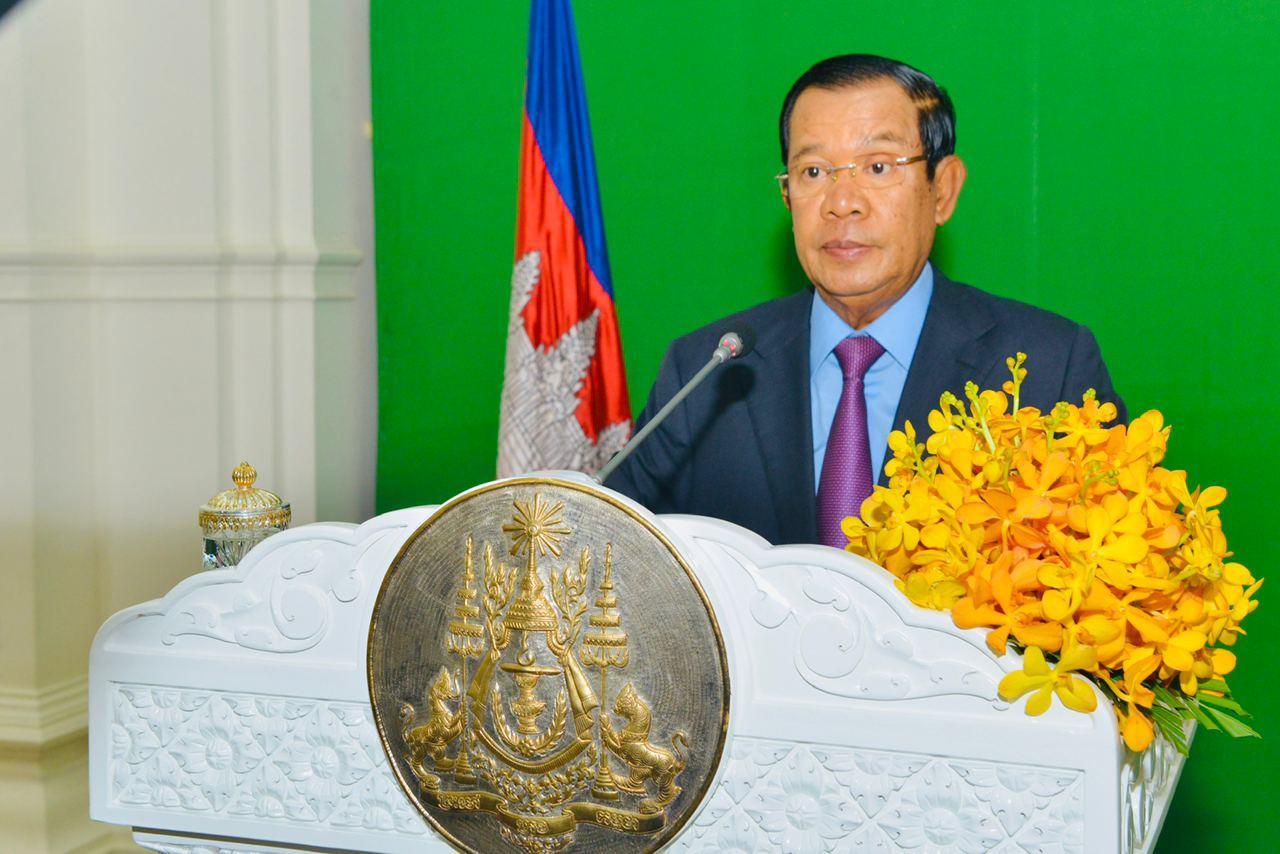 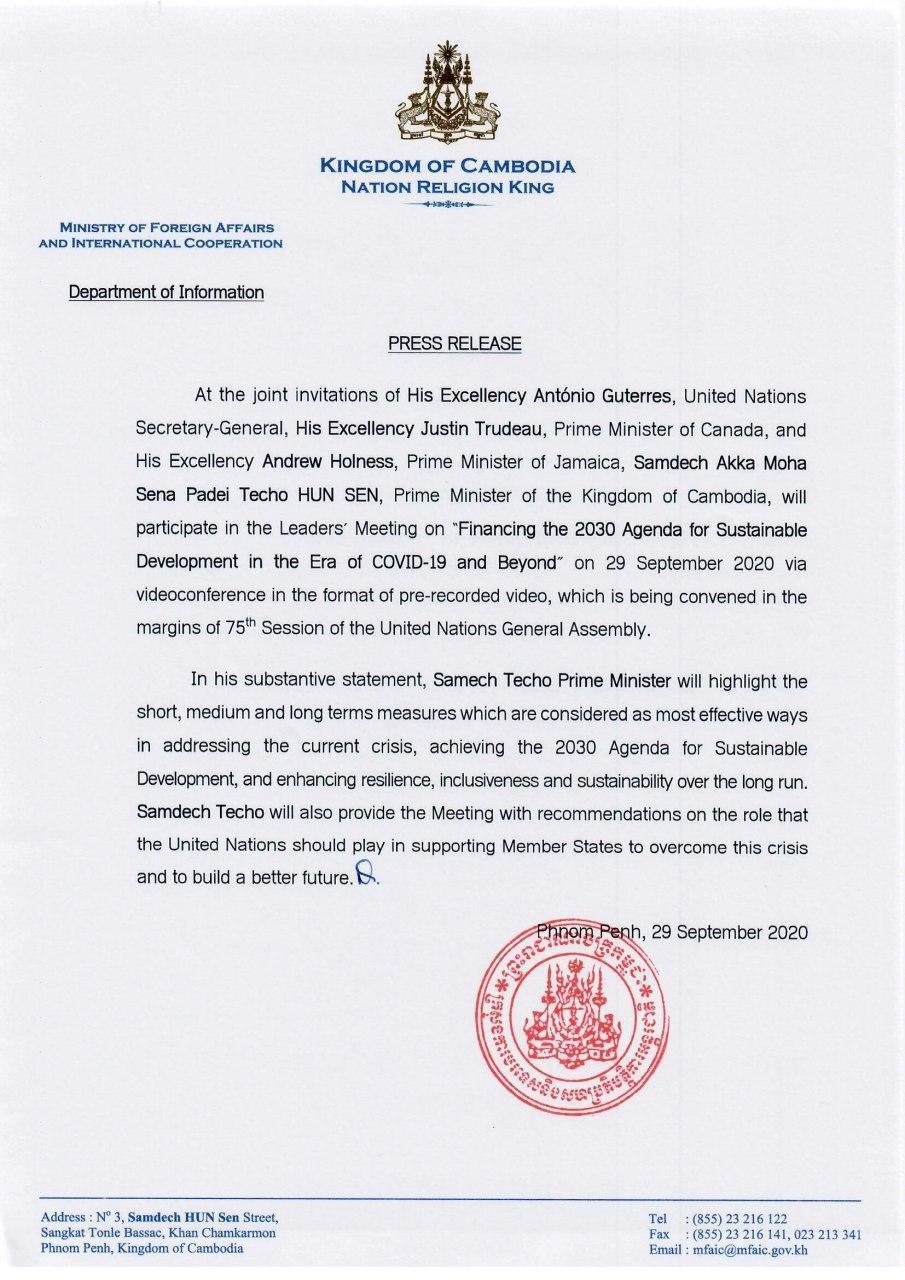 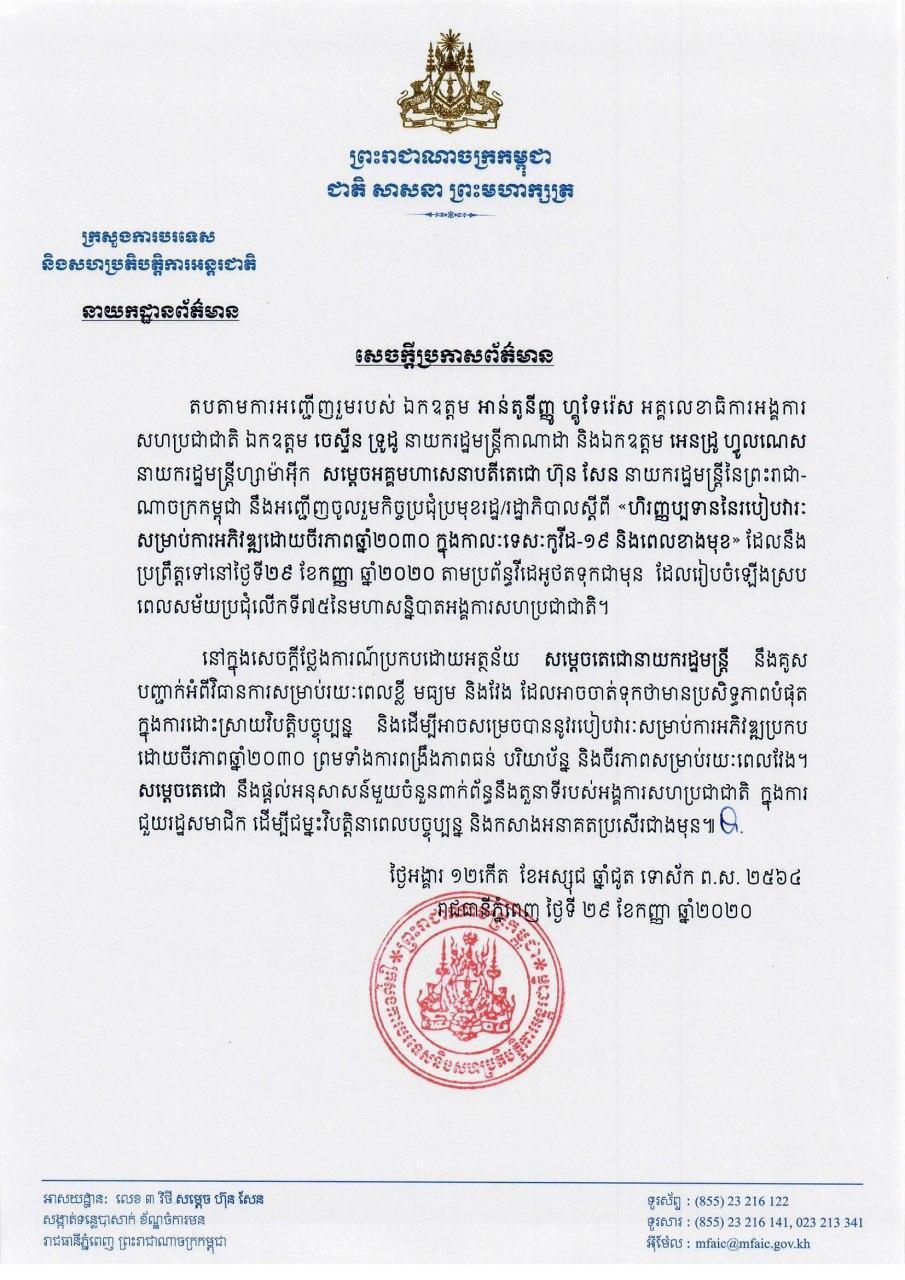