According to the royal message dated Monday, during the King’s absence, President of Senate Samdech Say Chhum will assume the title of the acting Head of State.

His Majesty the King and Her Majesty Queen Mother usually have health checked by Chinese doctors twice a year and always received the warmest hospitality from Chinese president and other senior leaders.
=FRESH NEWS 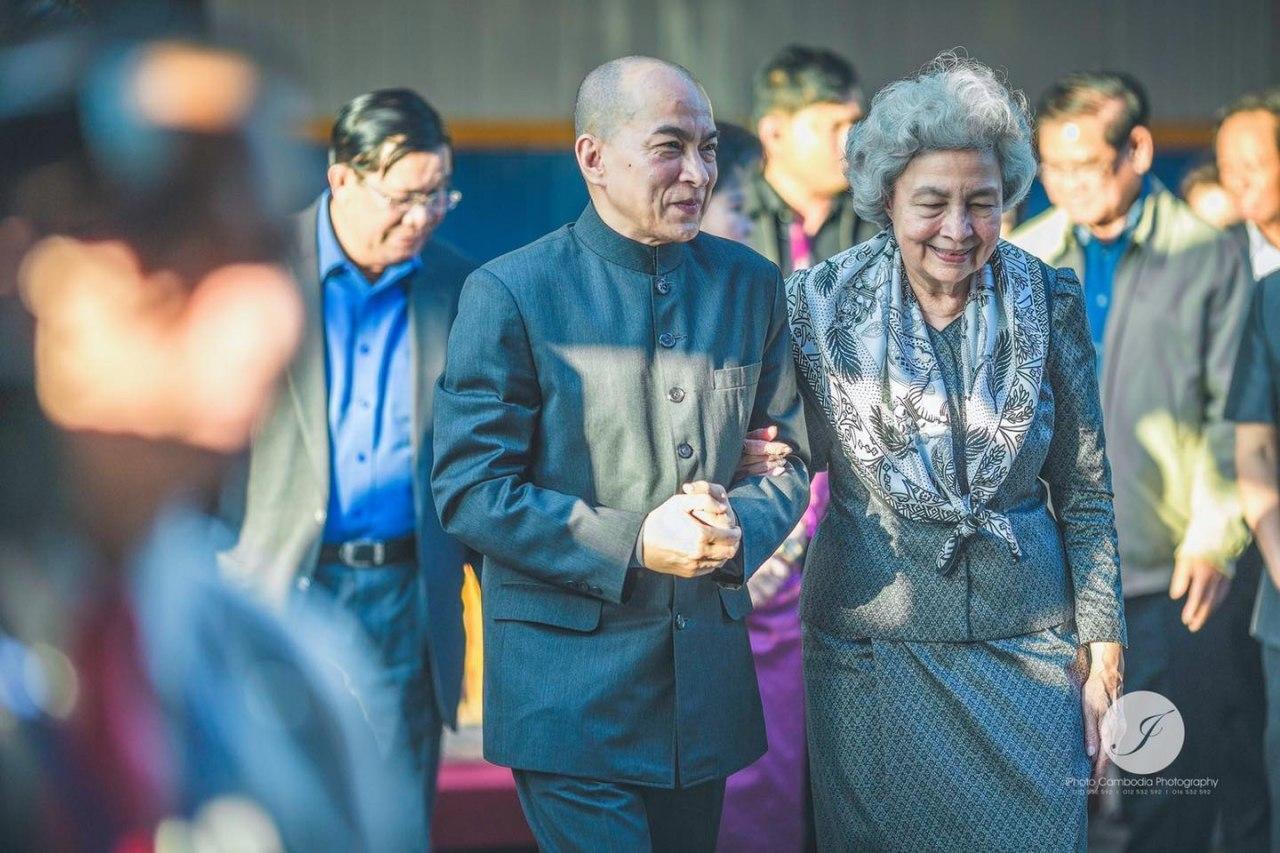 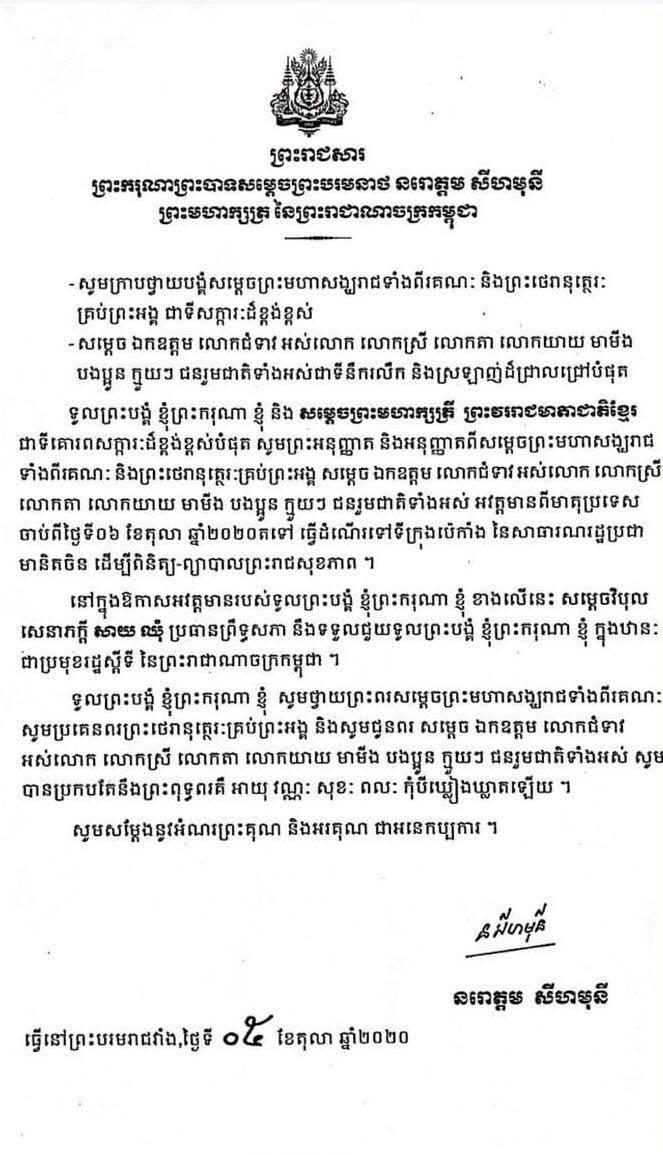