Phnom Penh (FN), Oct. 6 – The ruling Cambodian People's Party (CPP) informed its leaders and members at all levels the suspension of the Central Committee meeting in late 2020 and the 42nd anniversary of January 7 Victory Day due to COVID19, according to CPP’s announcement dated Tuesday.

The announcement said the Central Committee meeting at the end of 2020 shall be halted, but the Committee will still need to prepare documents in order to review the party’s achievements in 2020 and set forth new goals for 2021.

“The gathering to commemorate the 42nd Anniversary of January 7 Victory Day over the Khmer Rouge Genocidal Regime will also be halted, but all levels must prepare logos, banners, and slogans to showcase at various venues for celebrations as generally practiced."
=FRESH NEWS 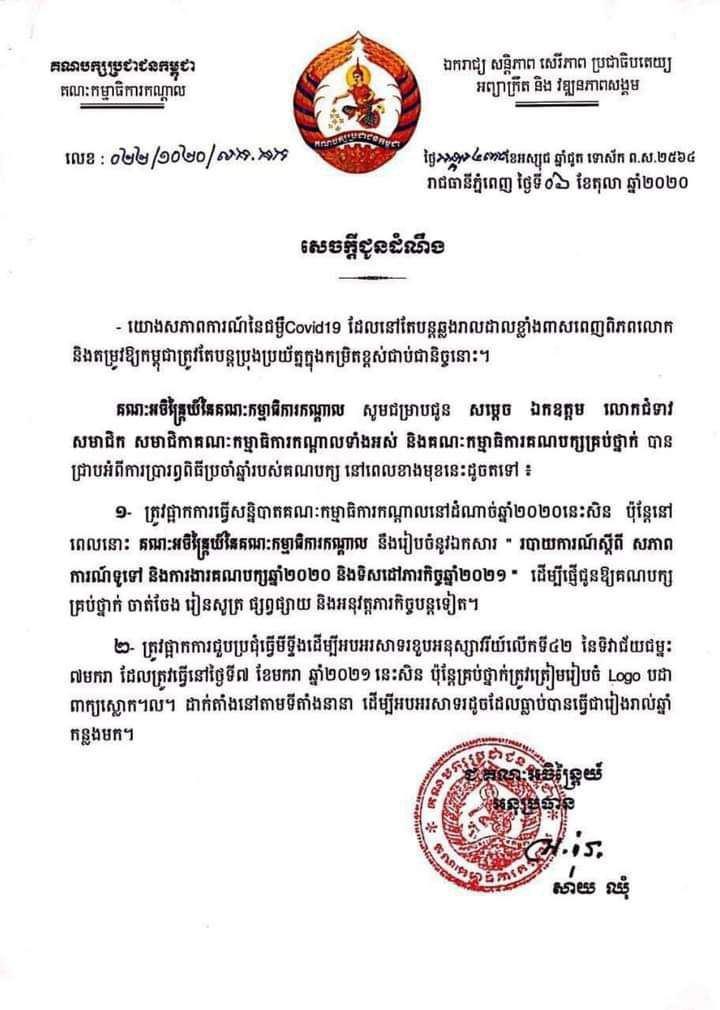