WASHINGTON, Oct. 22 (Xinhua) -- U.S. President Donald Trump and former Vice President Joe Biden sparred over climate change, which has proved important for many voters this year, at their final presidential debate in Nashville, Tennessee on Thursday.

Climate change was among the six topics featured during the two men's last face-off before the Nov. 3 election. They also squared off over "Fighting COVID-19," "American Families," "Race in America," "National Security" and "Leadership" at the 90-minute event moderated by NBC News' White House correspondent Kristen Welker.

"I took us out because we were going to have to spend trillions of dollars. We were treated very unfairly when they put us in there," Trump said, defending his decision to pull the United States out of the Paris climate accord when the moderator raised the question of climate change.

"I do love the environment, but what I want is the cleanest, crystal-clear water, the cleanest air," Trump said, before saying that the economy would be damaged by committing to stricter global standards.

Biden, speaking next, said "global warming is an existential threat to humanity. We have a moral obligation to deal with it."

"And we're told by all the leading scientists in the world, we don't have much time. We're going to pass the point of no return with the next eight to 10 years," he said.

The former vice president, who has committed to rejoining the Paris climate accord, said his 2-trillion-U.S. dollar plan would create new jobs in remaking the clean-energy industry.

"The whole idea of what this is all going to do, it's going to create millions of jobs and it's going to clean the environment. Our health, and our jobs, are at stake."

"I don't know where he comes up with these numbers," said Biden after Trump claimed Biden's plan to fight climate change would cost 100 trillion dollars.

The issue of climate change is top of mind for many American voters this year given the wildfires raging across the West and extremely active hurricane seasons in the Gulf.

A majority of registered voters say climate change will either be a very (42 percent) or somewhat (26 percent) important issue when they head to the polls in November, according to a recent Pew Research Center survey. 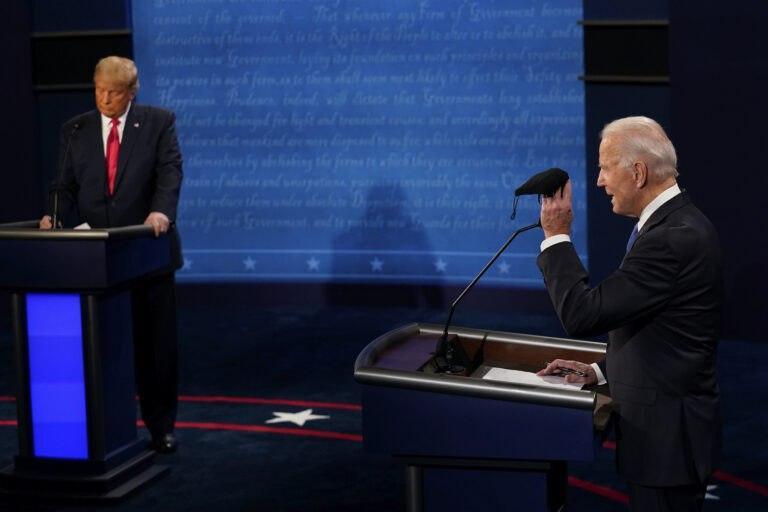