Tycoon in Cambodia is called "Okhna". It is an official merits recognised by the Royal Government for their contributions to the country. These are the Okhna(s) that contributed to the purchases of COVID19 vaccines:

The donations came after Cambodian government announced to buy one million doses of COVID19 vaccines to provide to Cambodian citizens with free of charge.

Premier Hun Sen recommended Minister of Health to discuss with development partners, especially the World Health Organization, to determine from which country Cambodia should buy the vaccine.
=FRESH NEWS 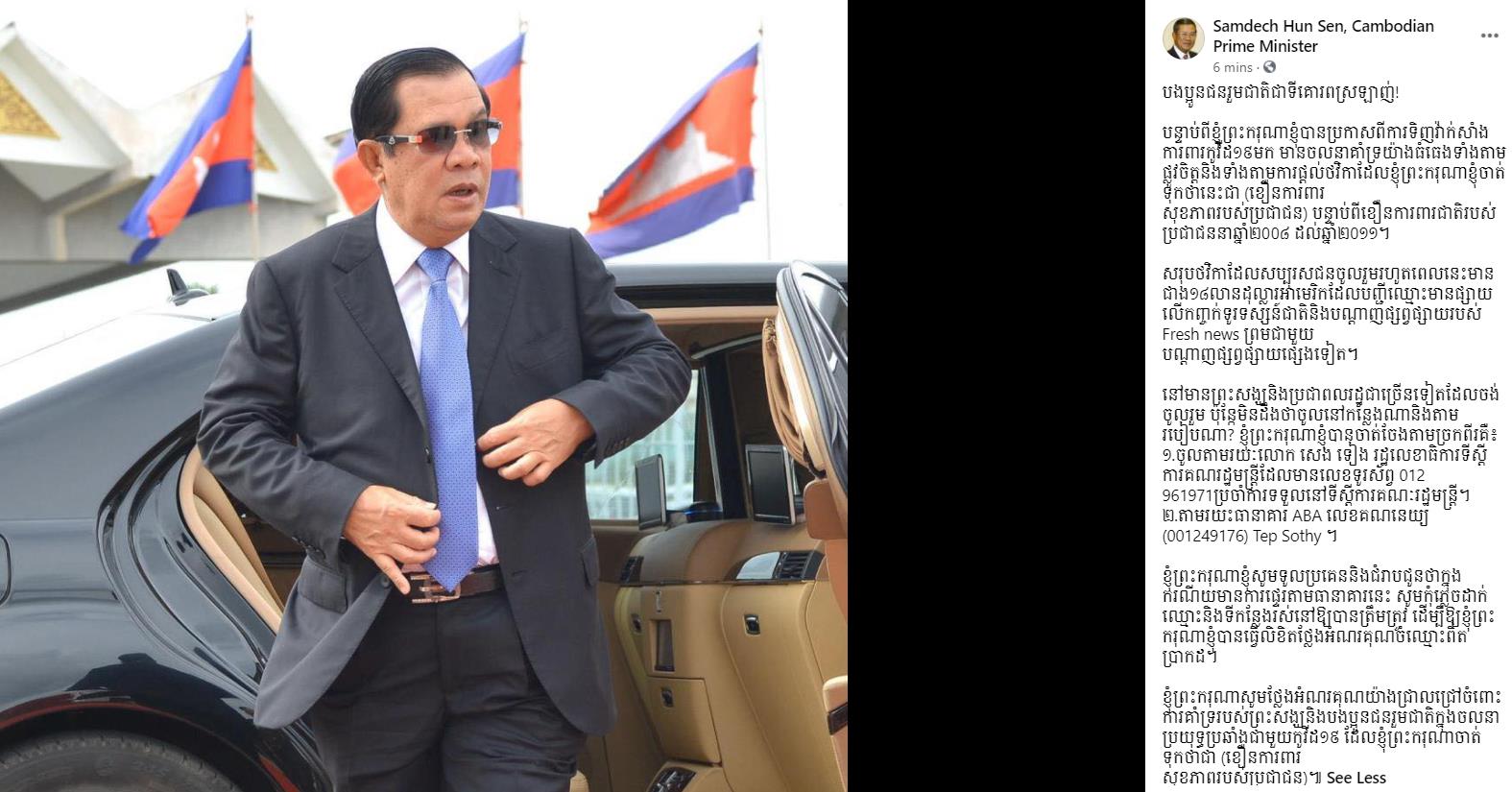