Phnom Penh (FN), Dec. 13 – Who would have thought that a small developing country like Cambodia can weather the COVID-19 pandemic relatively better than many of its counterparts in the region and elsewhere?

So far, there are no deaths caused by COVID-19 in Cambodia. Although recent developments are of considerable concern, especially as regards the first community transmission that has within 10 days seen at least 32 people got infected, the government has stepped up its measures to contain the spread of COVID-19 swiftly and systematically. As of 7 December 2020, a total of 348 cases have been confirmed, way lower than those in many Southeast Asian countries, except for Brunei (151 cases) and Laos (41). Currently, Cambodia has around 40 active cases. Most of the new cases since June have been imported cases, yet the number of cases is likely to increase given the recent community spread identified in late November.

No doubt, COVID-19 has wreaked havoc on the world’s economy and society as well as on the livelihoods of millions of people. However, despite the profound disruptions it has caused, the COVID-19 pandemic provides opportunities in many dimensions. In the educational sphere, for instance, the pandemic has pushed for greater utilisation of ICT, especially in developing societies. It has paved the way for the introduction of extensive online learning in countries like Cambodia. The pandemic has also made it possible for some scholars in less privileged contexts to participate in international conferences or attend workshops and seminars virtually – an opportunity that may not be available to them before the outbreak of the novel coronavirus.

In the political realm, the COVID-19 pandemic has defined the fate of many leaders. A notable example is the election loss of US President Donald Trump, due in large part to the significant impact COVID-19 has caused on the livelihoods of the American people. Meanwhile, COVID- 19 has enabled some leaders to win re-election. New Zealand’s Prime Minister Jacinda Ardern and Australia’s Queensland State Premier Annastacia Palaszczuk are a few examples.

In Cambodia, COVID-19 has caused severe disruption on the county’s GDP growth drivers, including the tourism, construction, and garment industries. The impact has resulted in an economic contraction of between 1 and 5.5 per cent, according to reports by the World Bank and the Asian Development Bank. Other sectors such as education and entertainment have been badly affected as well. Schools, for example, have been ordered to close, allowed to reopen, and ordered to close again, causing a series of frustration among educational stakeholders. Despite these and other COVID-19 related issues, the pandemic has appeared to enhance the legitimacy of Prime Minister Hun Sen and his ruling Cambodian People’s Party.

Notwithstanding its weak public health system, Cambodia has emerged as one of the COVID- 19 success stories. Various COVID-19 containment measures adopted by the government have been effective. Although there are concerns regarding the dual impact of COVID-19 and the European Union’s partial withdrawal of its Everything But Arms (EBA) trade scheme, the Cambodian government led by long-time Prime Minister Hun Sen has put in great efforts to mitigate the effect of COVID-19 on the livelihoods of Cambodian people, particularly poor and vulnerable families. The government, for example, has rolled out its IDPoor subsidy programme to almost 700,000 families, equivalent to nearly three million people. This cash transfer scheme will continue as the government has pledged to keep offering emergency relief funds to the most affected families. This gesture is favourably perceived by many Cambodians impacted by COVID-19, which in turn enhances Prime Minister Hun Sen’s legitimacy as a wise and competent leader.

Moreover, the fact that Cambodia has successfully controlled the spread of COVID-19 for almost a year while other countries are struggling leaves a good impression on the government’s ability to deal with the COVID-19 crisis. This is not to mention the efforts made by the government and the prime minister himself during the flash flood in October that saw how caring Hun Sen and his team were. This too enhances the legitimacy of the leader and his government.

During a crisis, effective leadership is vital. Although recent developments in domestic politics and international relations have seen the Cambodian government receiving criticism from some countries and international organisations, there is positivity on the COVID-19 front.

In February, Cambodia was praised for its humanitarian act, allowing MS Westerdam to dock in Sihanoukville after the cruise ship was rejected by several ports due to fear of the viral spread. A new report by the Economic Prospective Bureau of the Republic of Senegal showed that Cambodia was among a small group of countries that have effectively controlled the spread of COVID-19 and minimised its impacts. This surprising COVID-19 success certainly helps improve the public perception of the government.

Recently, despite being a developing country with limited resources and capacity, Cambodia has made efforts to contribute to the fight against the pandemic in the region. Notably, it separately sent about two million masks and other personal protective equipment to three Southeast Asian countries, including Laos PDR, Myanmar and Timor-Leste. One may call this generous gesture “Cambodia’s mask diplomacy,” compared to China’s mask diplomacy, but these donations would not have been possible without the effective leadership on the part of the Hun Sen government to keep COVID-19 under control.

Although the COVID-19 pandemic is far from over and Cambodia’s economy has been hit really hard, COVID-19 has presented an opportunity for the Cambodian government to earn more trust from the Cambodian people and to push for more reforms. These trust-building and legitimacy-enhancing efforts should be construed in the context of Prime Minister Hun Sen’s quest for legitimacy through a series of his decisive defensive and offensive legitimation projects that have contributed to his political dominance and longevity.

Overall, even though the incumbent has been criticised by Human Rights NGOs and some Western governments, he has so far effectively led Cambodia through the COVID-19 crisis. This victory definitely helps to bolster his legitimacy. The pandemic has indicated that his leadership is resilient.

Kimkong Heng is currently an Australia Awards scholar pursuing a PhD in Education at the University of Queensland. He is a co-founder and lead editor of Cambodian Education Forum.

This commentary was first published in AVI Commentary issue no. 36.
=FRESH NEWS 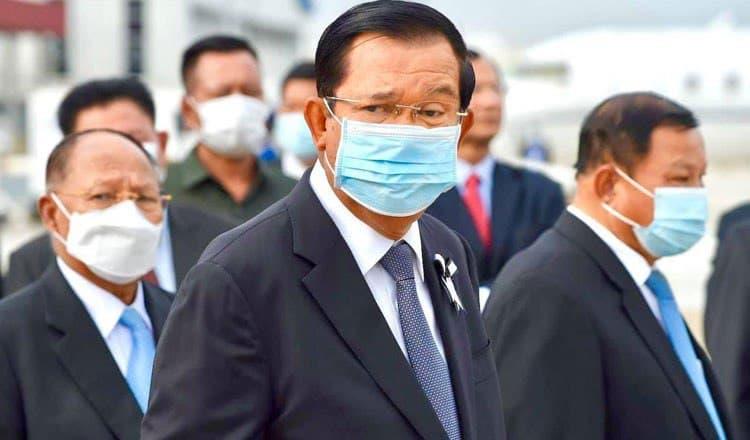