Cambodia’s Victory Day Shall Be Remembered Everlastingly under the Roof of Peace: PM Hun Sen

Phnom Penh (FN), Jan. 7 – Cambodian Prime Minister Hun Sen considered 7 January Victory Day belongs to all Cambodian people and that it shall be remembered everlastingly under the roof of peace.

"Today marks 42nd anniversary of the 7 January 1979 historic victory day overthrowing the genocidal regime of Pol Pot, saving the Cambodian people to survival from mass killing under the perfidious regime in a timely manner and ended the darkest era of Cambodia, while ushering a new era of absolute freedom, peace, and development on all sectors,” the premier wrote on Facebook.

“May the spirit of 7 January Victory Day be remembered everlastingly by all Cambodian people as the symbol of solidarity among Khmer family under the roof of peace,” the premier underlined.

The determination and commitment over the past 42 years have transformed Cambodia from ashes to its proudest development stage with prestige on the international arena under the righteous leadership of Cambodian People’s Party headed by Prime Minister Hun Sen.
=FRESH NEWS 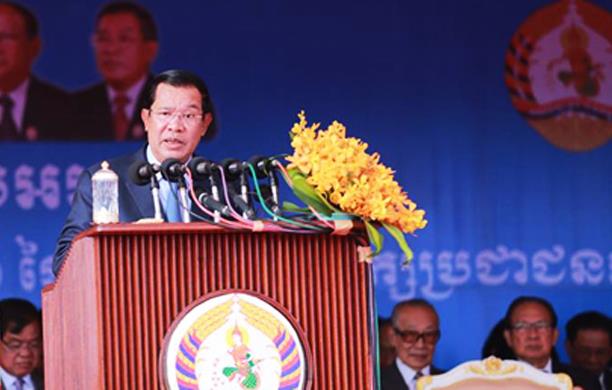 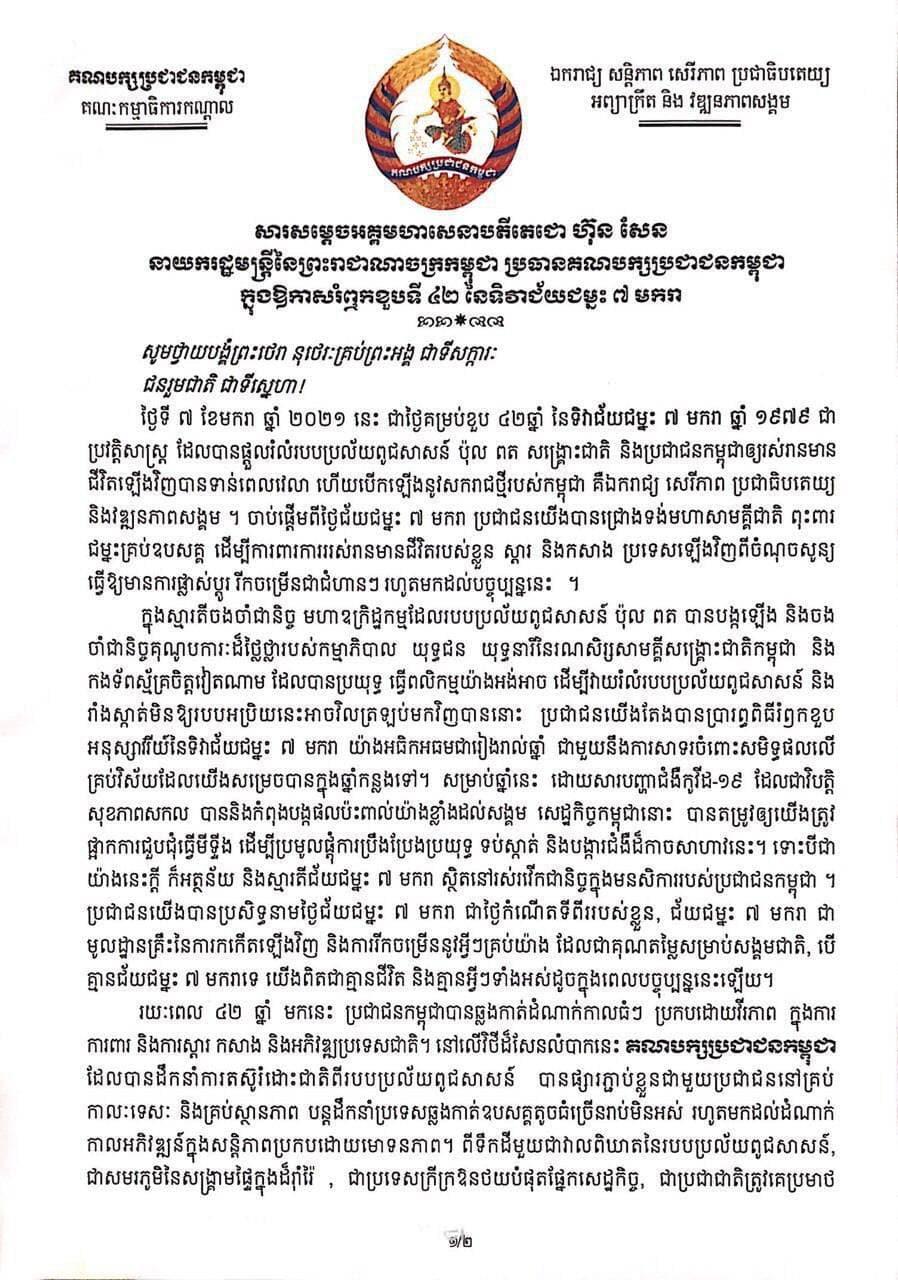 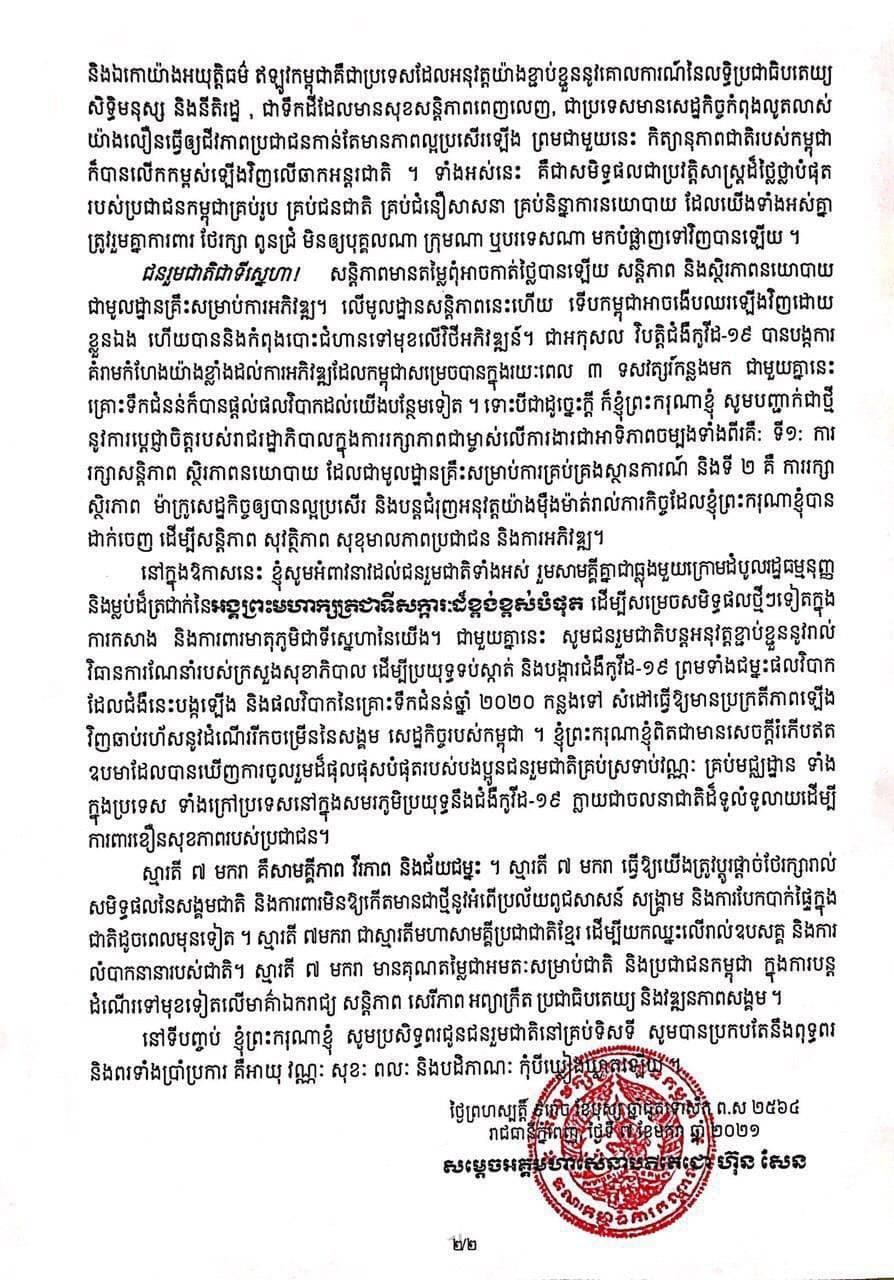