Havana (FN), Jan. 12 — The Cuban Foreign Ministry issued a declaration on 11 January 2020 on the State Department's designation of Cuba as a State sponsor of terrorism.

The Ministry of Foreign Affairs condemns in the strongest and most absolute terms the fraudulent qualification of Cuba as a state sponsor of terrorism, announced by the United States government in a cynical and hypocritical act.

For months, there has been speculation about the possibility of including Cuba on the State Department's unilateral list that classifies countries, without any mandate or legitimacy, lacking in genuine motivation, concerning terrorism and its consequences. The list is an instrument of defamation to apply coercive economic measures against nations that resist bowing to US imperialism's dictates.

The announcement made by Secretary of State Michael Pompeo constitutes a superb act of a discredited, dishonest, and morally bankrupt government. Without a doubt, it is known that the real motivation for this action is to impose additional obstacles to any prospect of recovery in bilateral relations between Cuba and the United States.

Cuba is not a state sponsor of terrorism, a truth recognized by all. The country's official and well-known policy and impeccable conduct reject terrorism in all its forms and manifestations, particularly State terrorism, by whoever, against whoever, and wherever it is committed.

Cuba is a state victim of terrorism. Cuban population has suffered it in its own flesh, at the cost of 3,478 deaths and 2,099 persons with disabilities, due to acts committed by the US government or perpetrated and sponsored from that country with the tolerance of its official authorities. Cubans reject with abhorrence any maneuver aimed at manipulating such a sensitive issue for gross purposes of political opportunism.
=FRESH NEWS 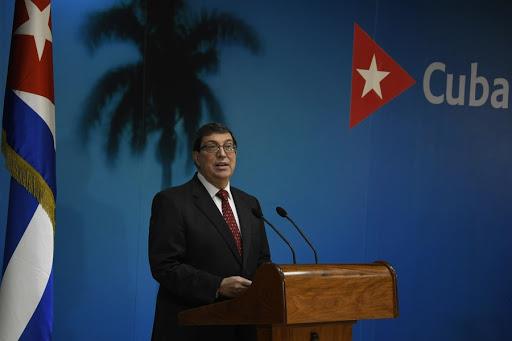