Phnom Penh (FN), Jan. 18 – Cambodian Prime Minister Hun Sen has requested India to examine the possibility of a free trade agreement in order to expand investment and trade between the two countries.

The ambassador commended the wise leadership of Prime Minister Hun Sen in using civilization, culture and religion as the tools to improve Cambodia-India relations. She pledged to further strengthen Cambodia-India trade and cooperation.

Premier Hun Sen said it is high time for the two countries to strengthen and deepen the cooperation, particularly in investment and trade; and that the free trade agreement is the key.

Data from the Indian embassy in Cambodia said the trade volume between the two countries reached USD 250 million in 2019, up 10 percent compared to 2018’s USD 227 million.

Cambodia exported goods to India worth USD 82 million last year, up 69 percent from 2018, while imports amounted to USD 168 million, down 6 percent.

Indian investment is worth USD 20 million. The country is among the top 10 foreign investors in Cambodia. India’s main investments are in machinery, agriculture, energy, construction and mining.

Both parties also discussed the arrangement of the official visit of His Majesty Cambodian King Norodom Sihamoni to India in the near future in order to strengthen the relations of both countries.
=FRESH NEWS 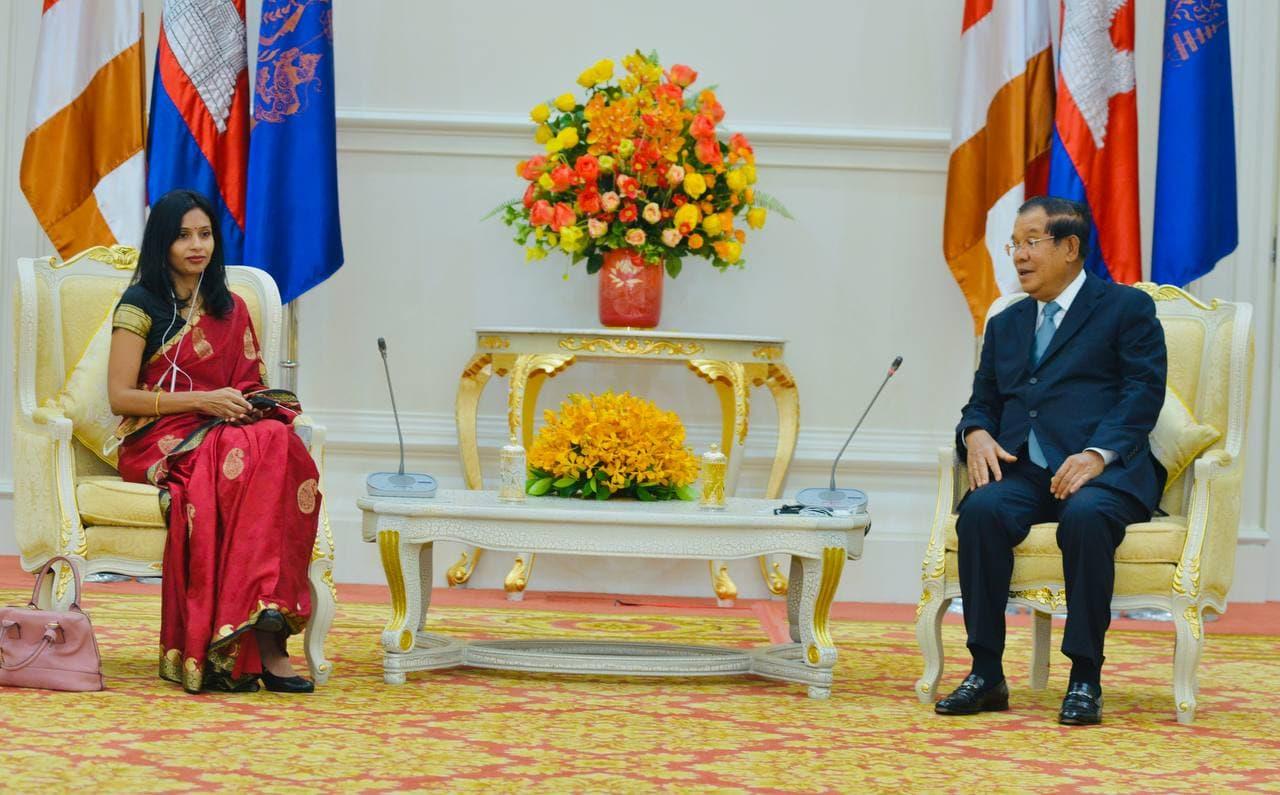 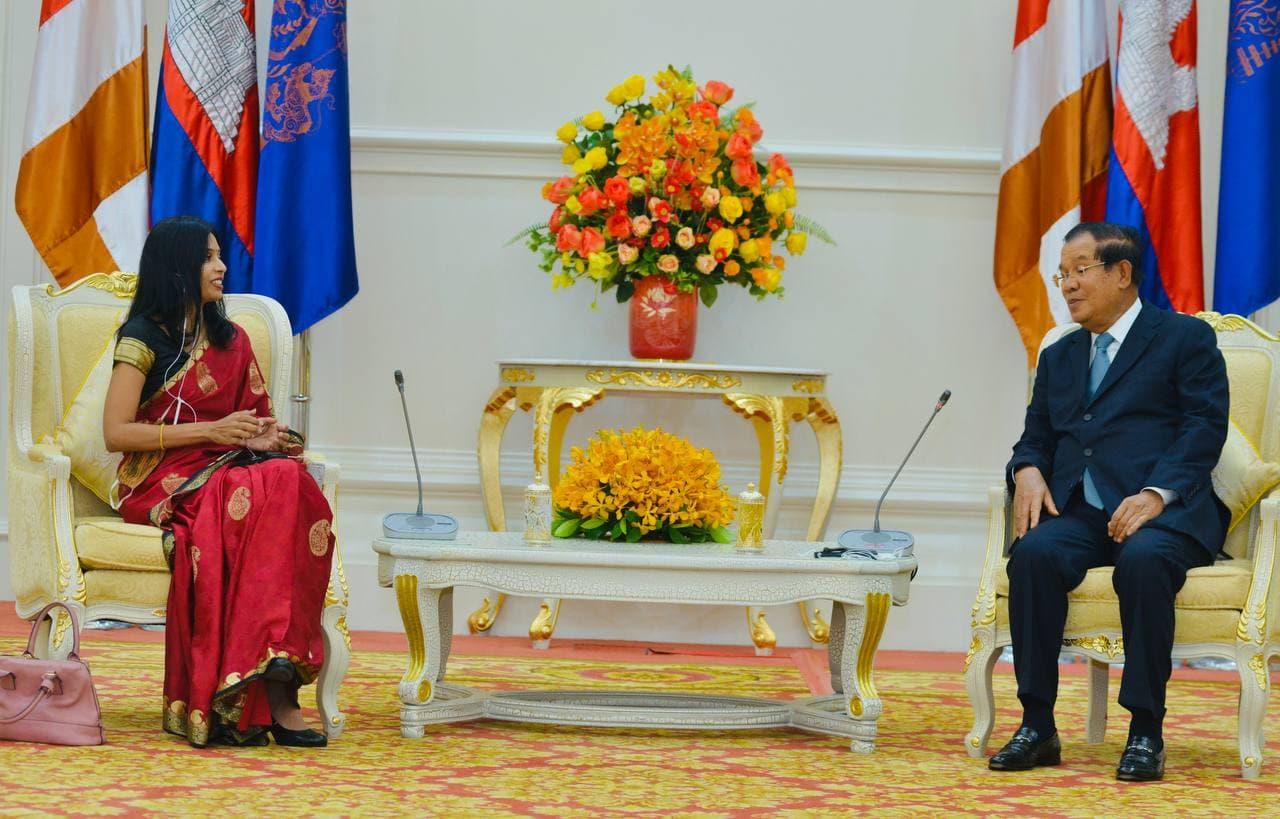 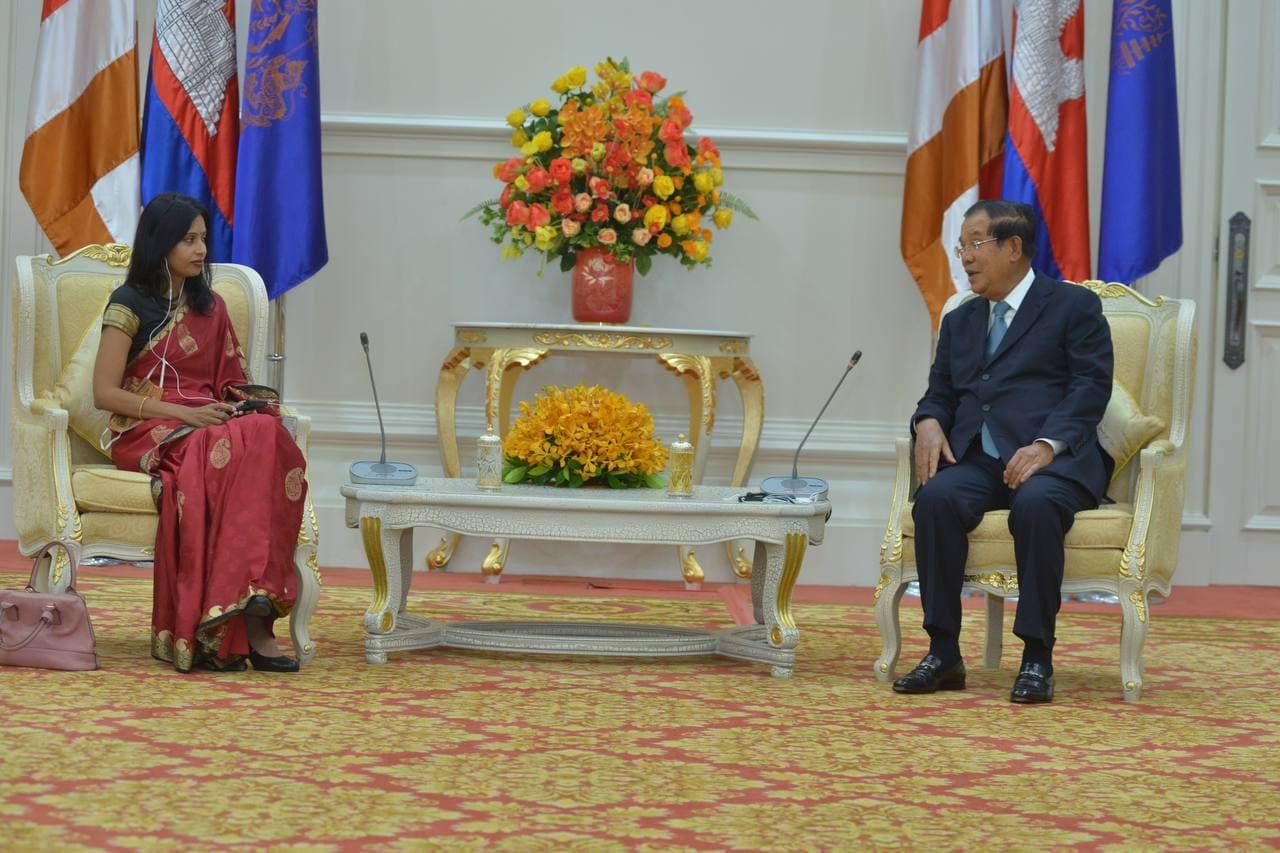 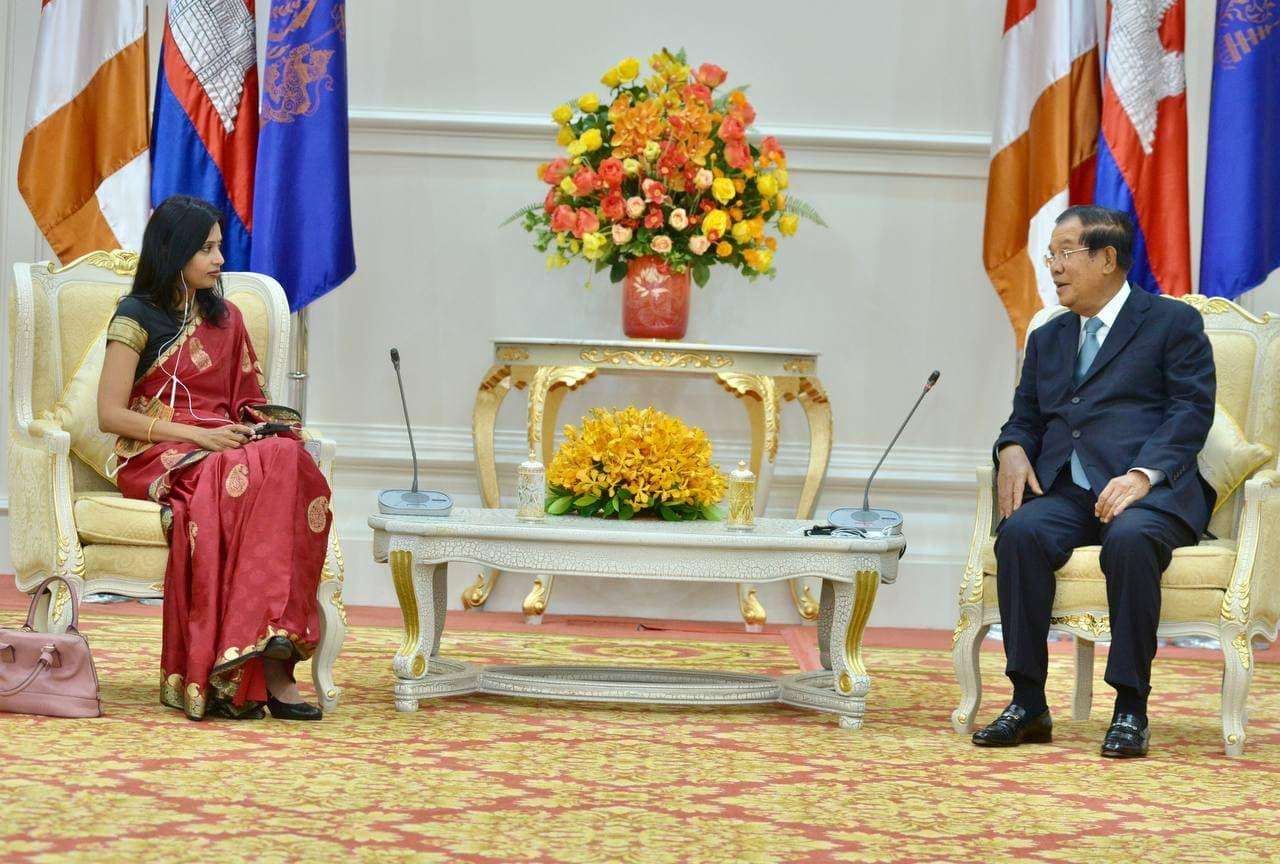 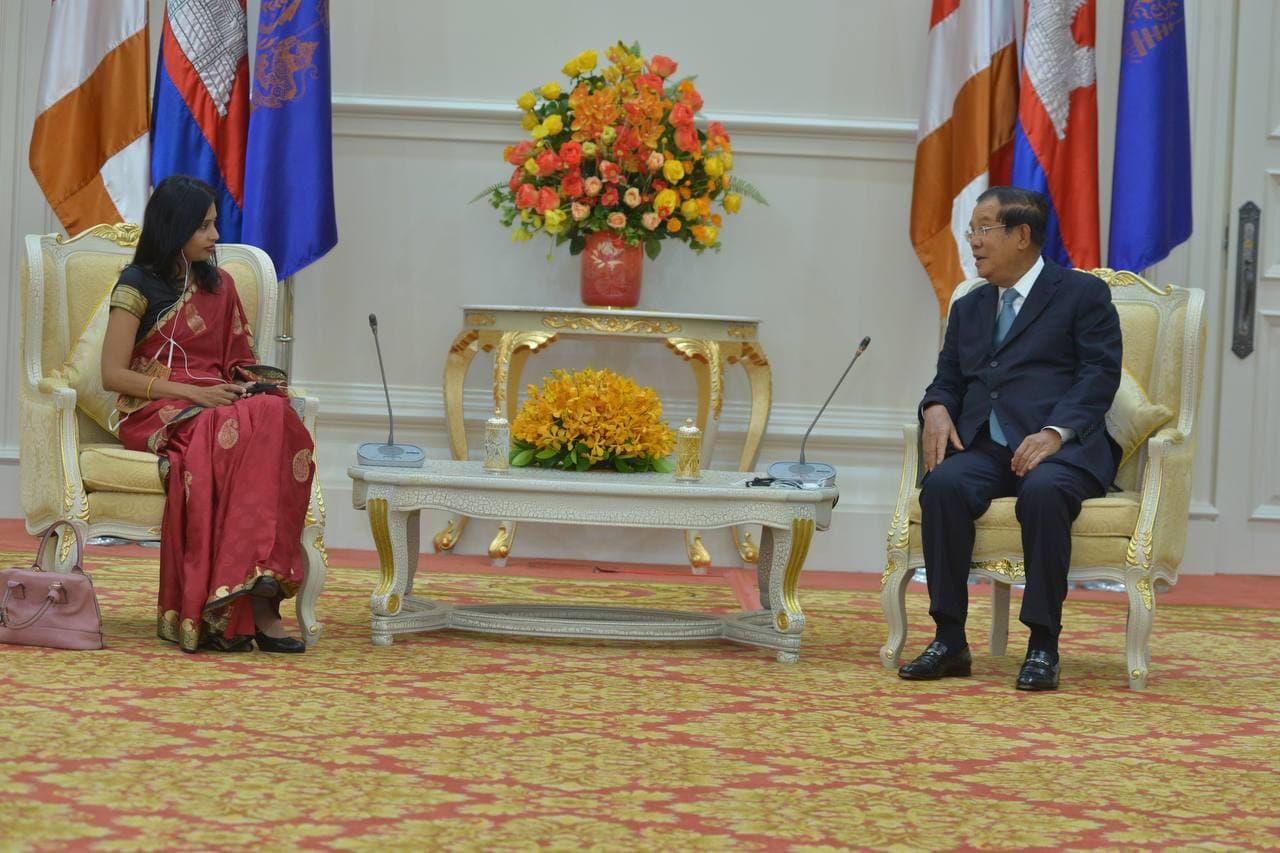 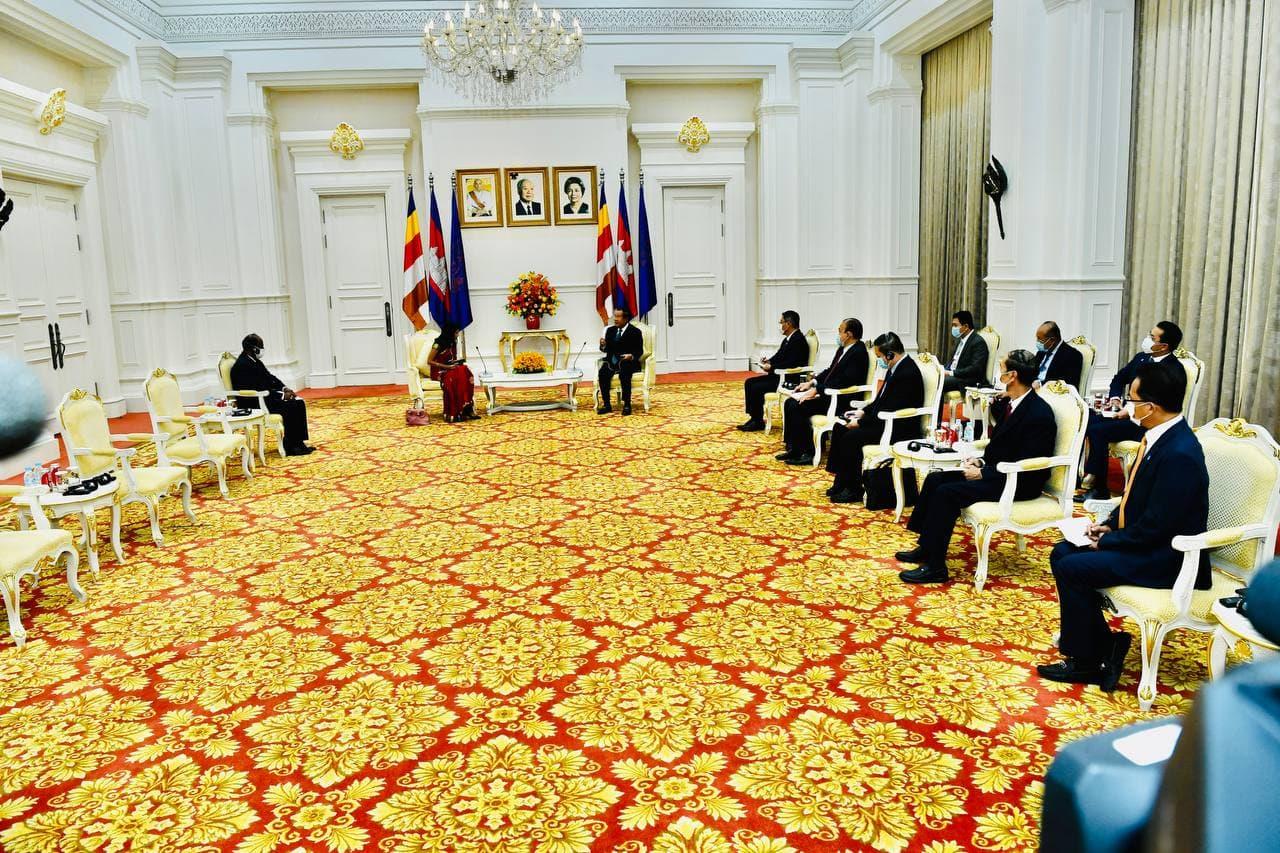 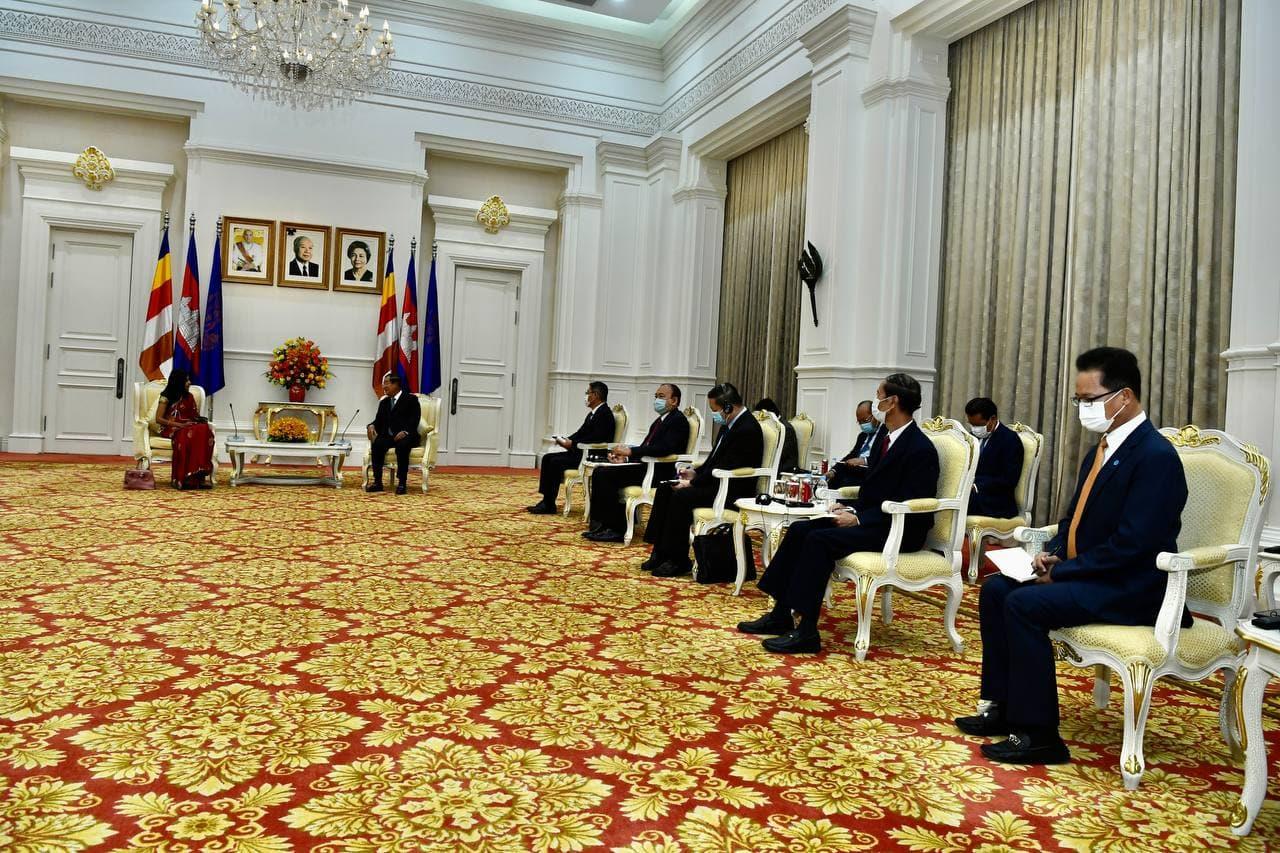 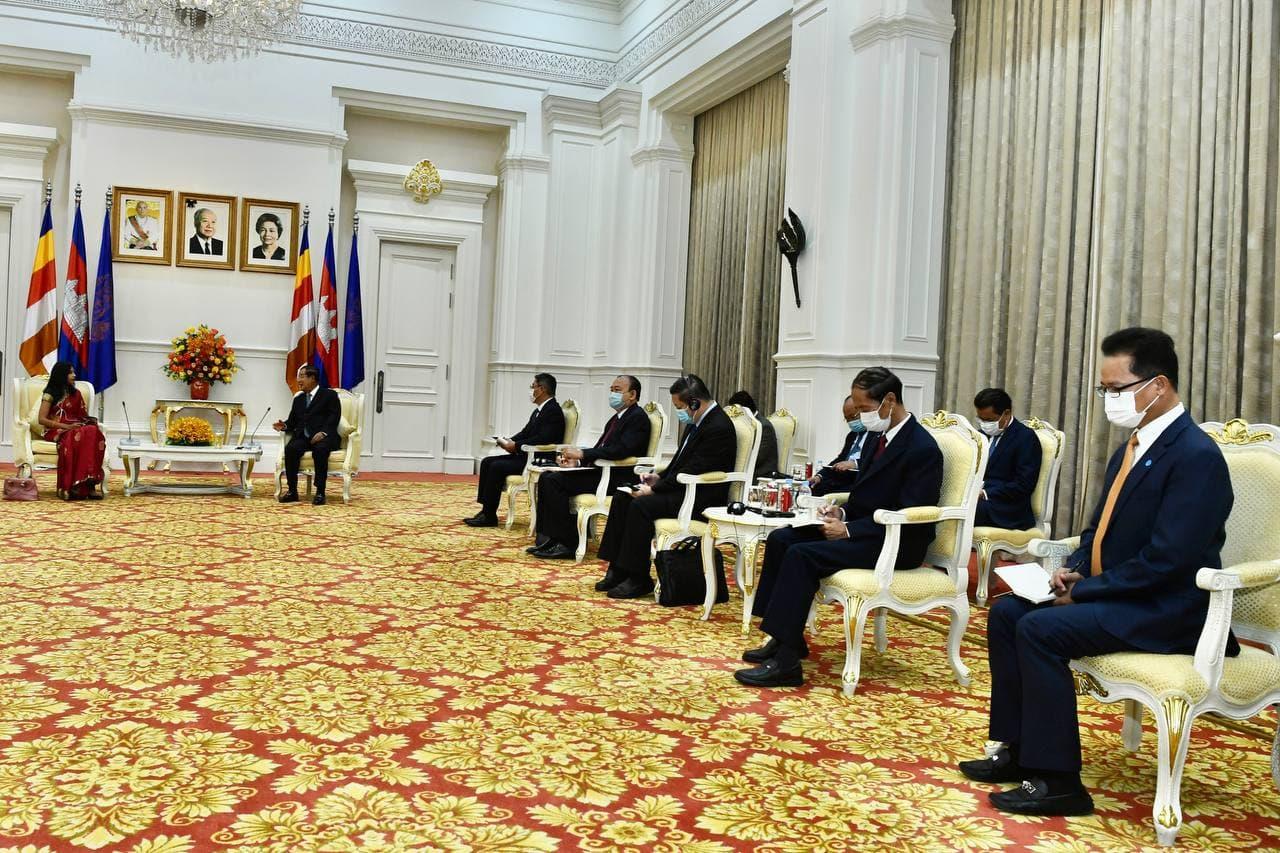 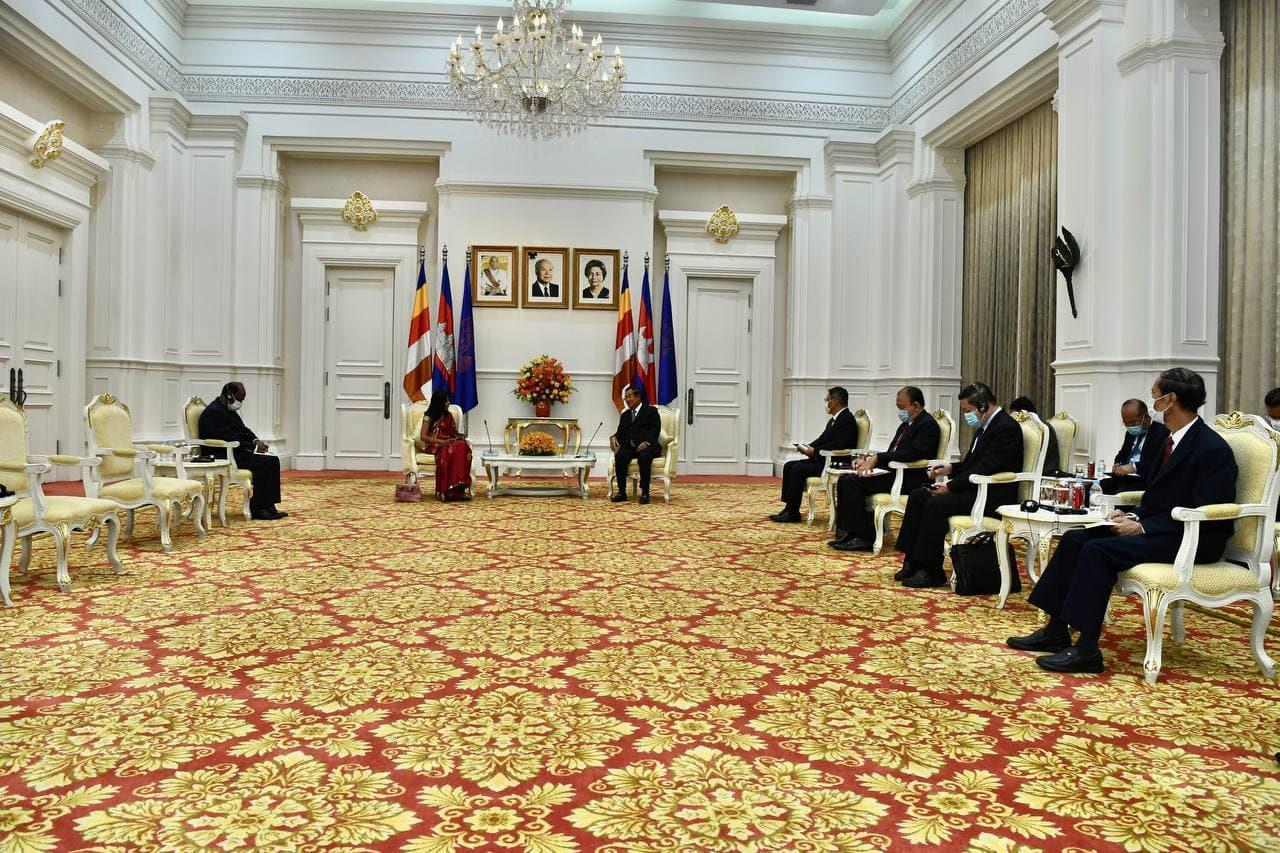 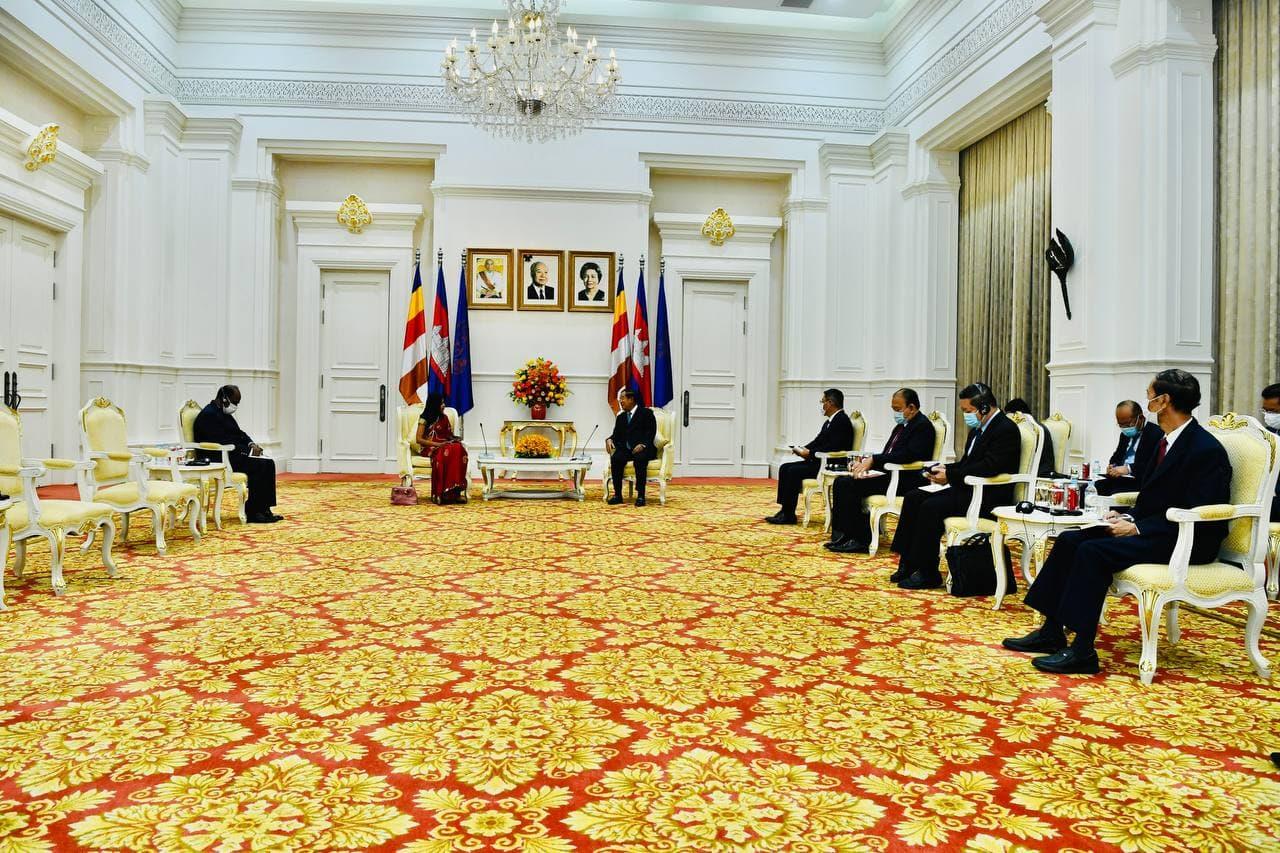 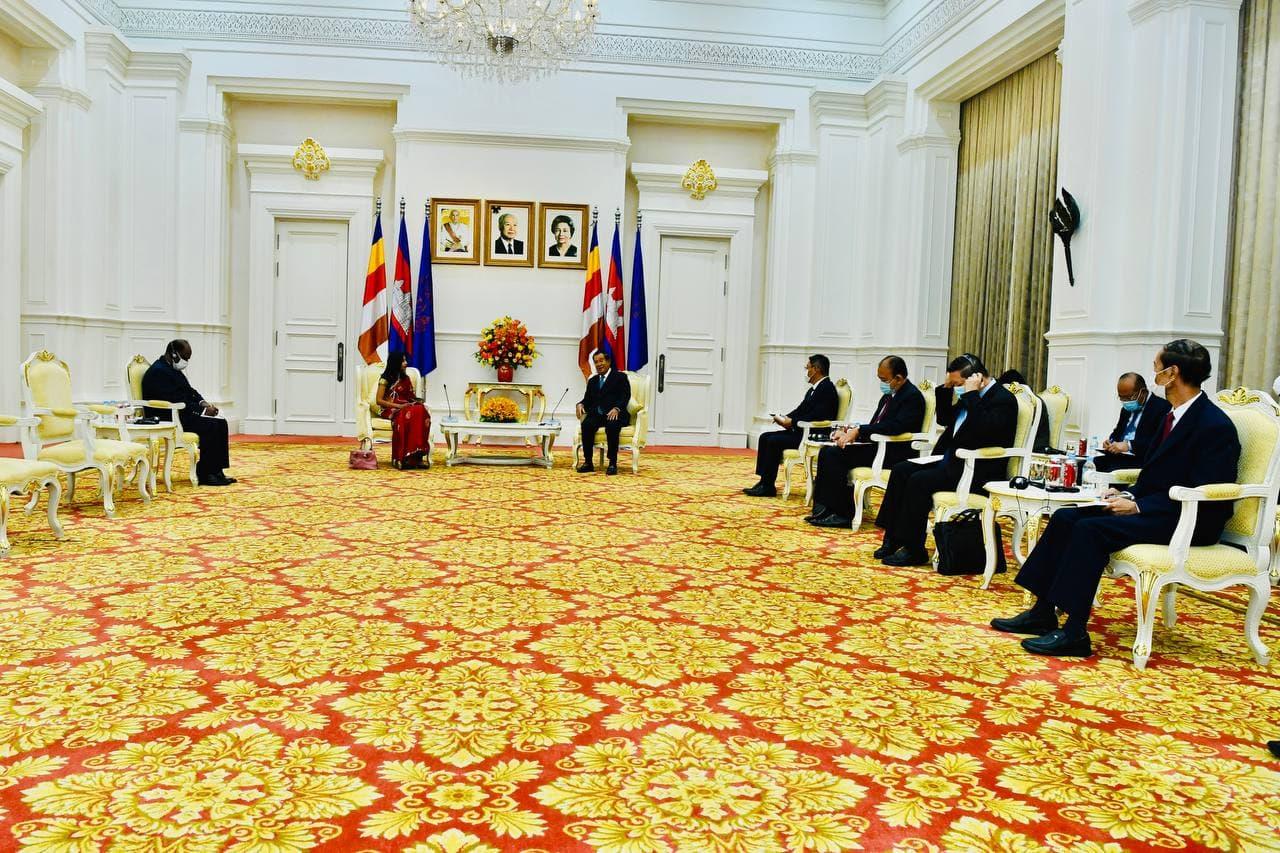 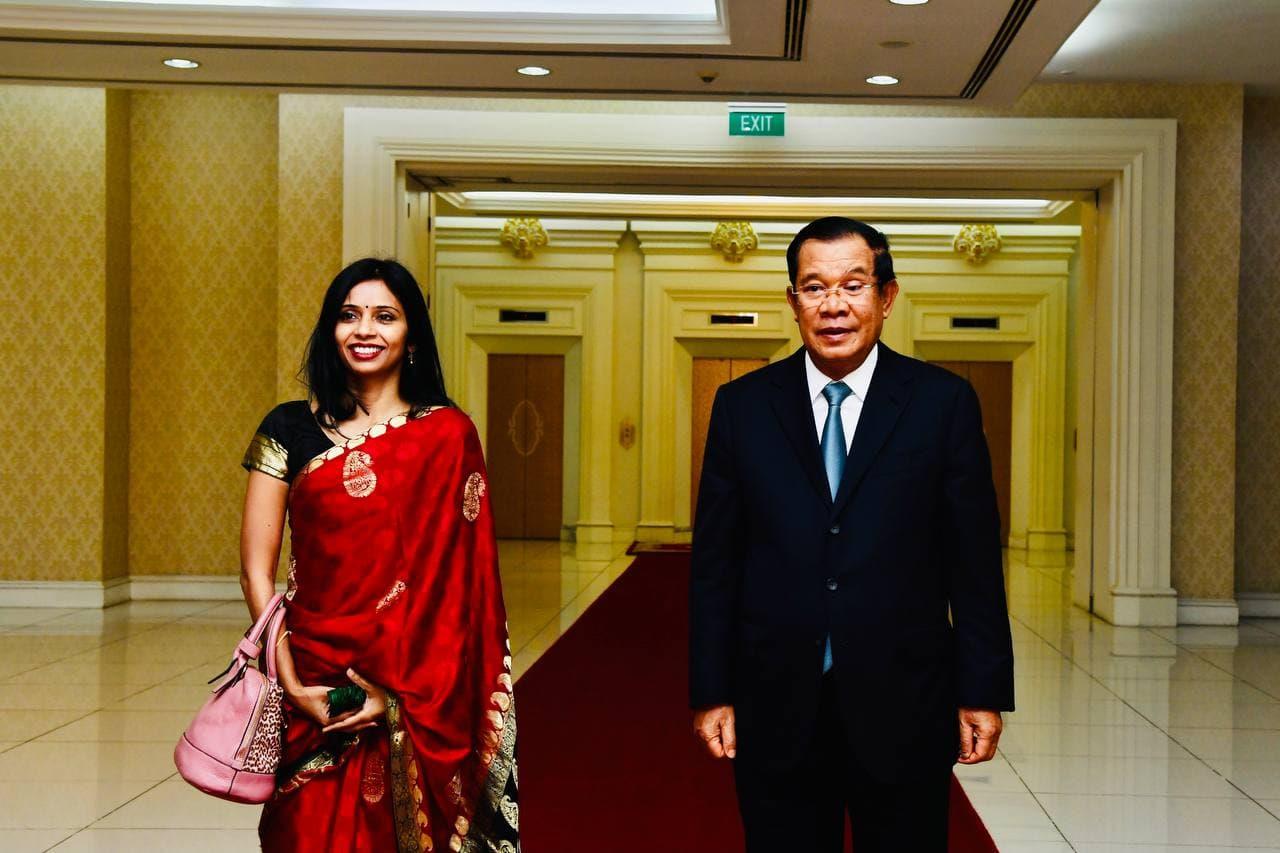 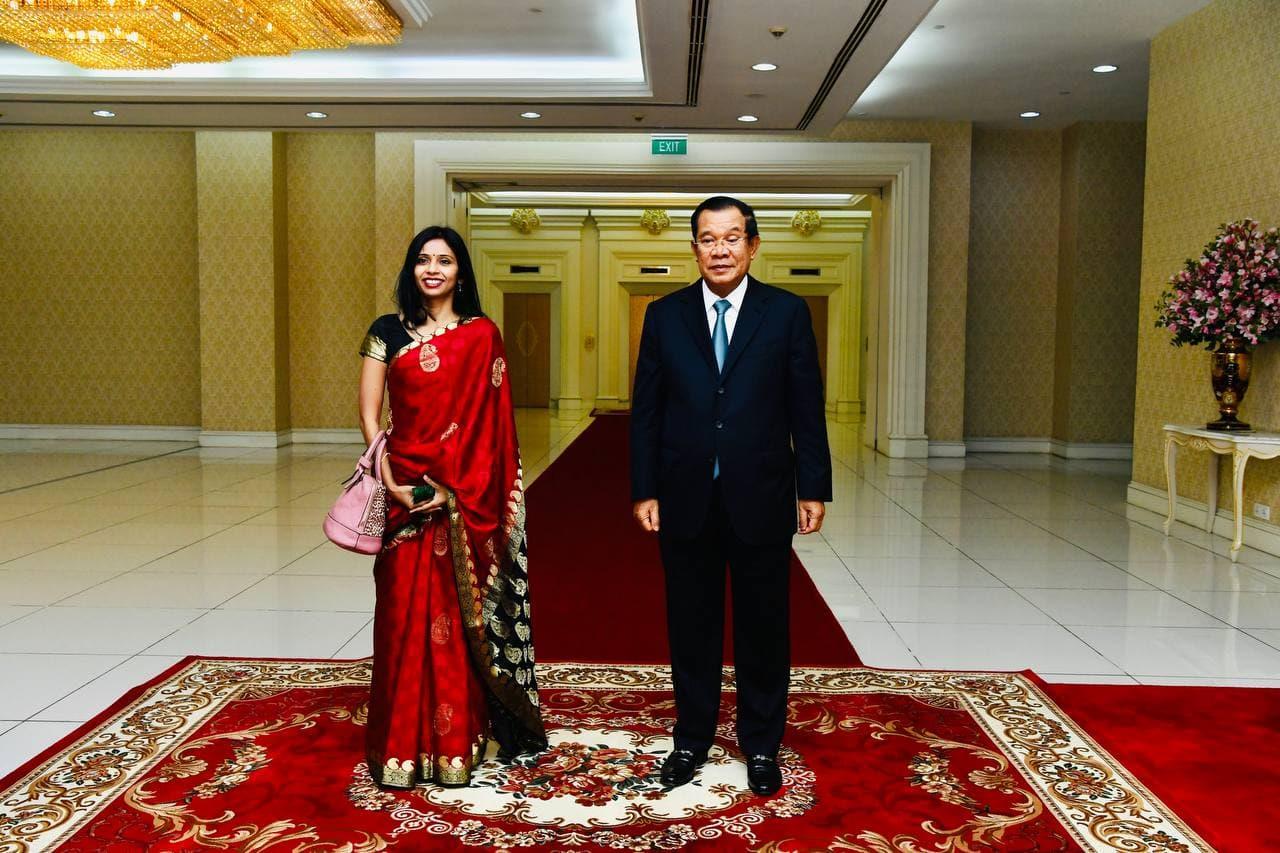