Phnom Penh (FN), Feb. 19 – Cambodia’s Ministry of Post and Telecommunications observes that there have been reactions from a number of news outlets and non-governmental organizations who suggest that the Royal Government intends to collect data, wiretap consumers' conversations, restrict freedom of expression and pursue the Chinese model.

The ministry wrote in the press release dated Friday that “the allegations with regard to the establishment of National Internet Gateway are unfounded, politically motivated, untrue, and contradictory to the objectives stated in the Sub-Decree.”

The ministry said the National Internet Gateways have been established in almost all countries and Cambodia is no exception.

“The purpose of National Internet Gateway is to increase the effectiveness of national revenue collection on the basis of fair and honest competition, and transparency between the state and operators, as well as to prevent illegal cross-border network connections, illegal online gambling, cyberthreats, pornography, online frauds, and more,” the press release underlined.

“No provision in the Sub-Decree authorizes the collection of consumers' data and restriction on freedom of expression,” it continued.

According to the Ministry of Post and Telecommunications, Cambodia will draft the Personal Data Protection Law following the Cybersecurity Law which shall be adopted imminently.
=FRESH NEWS 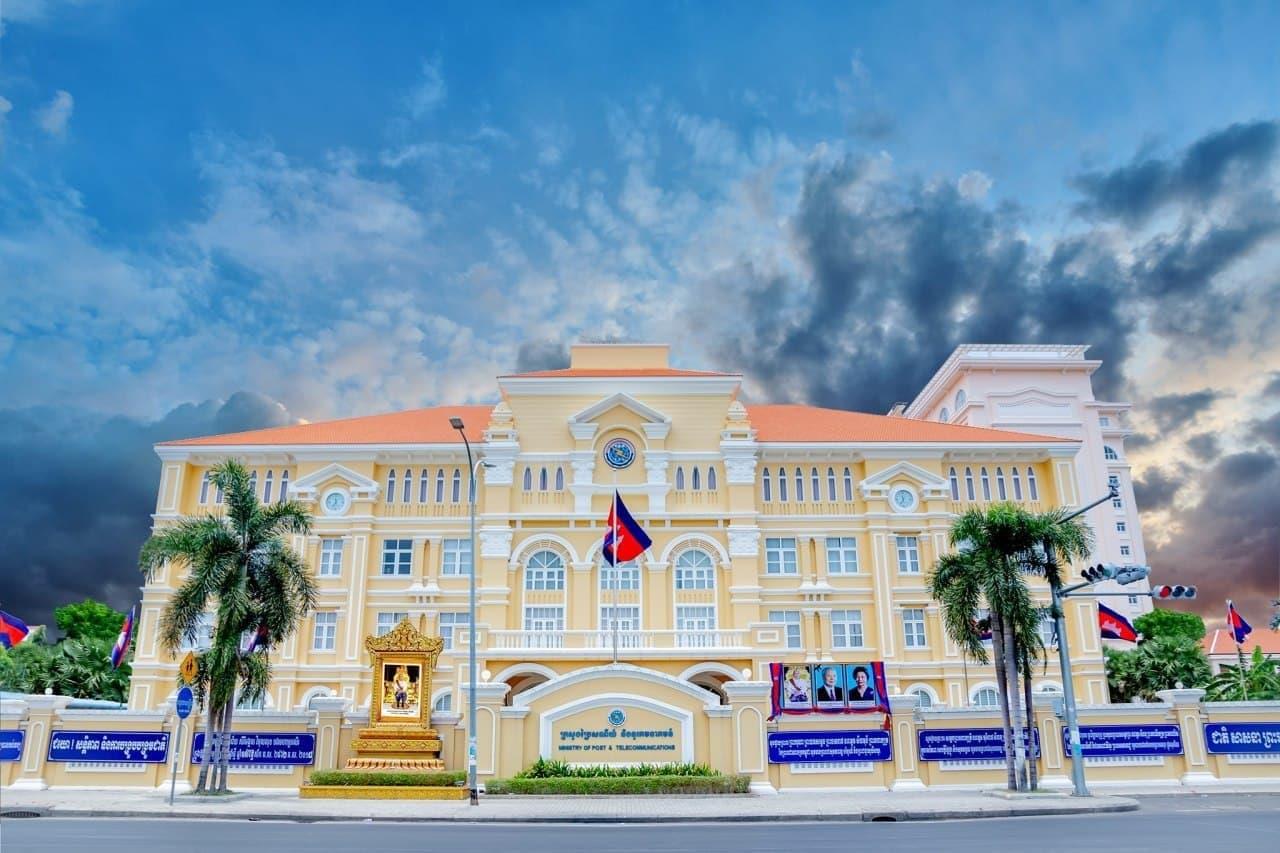 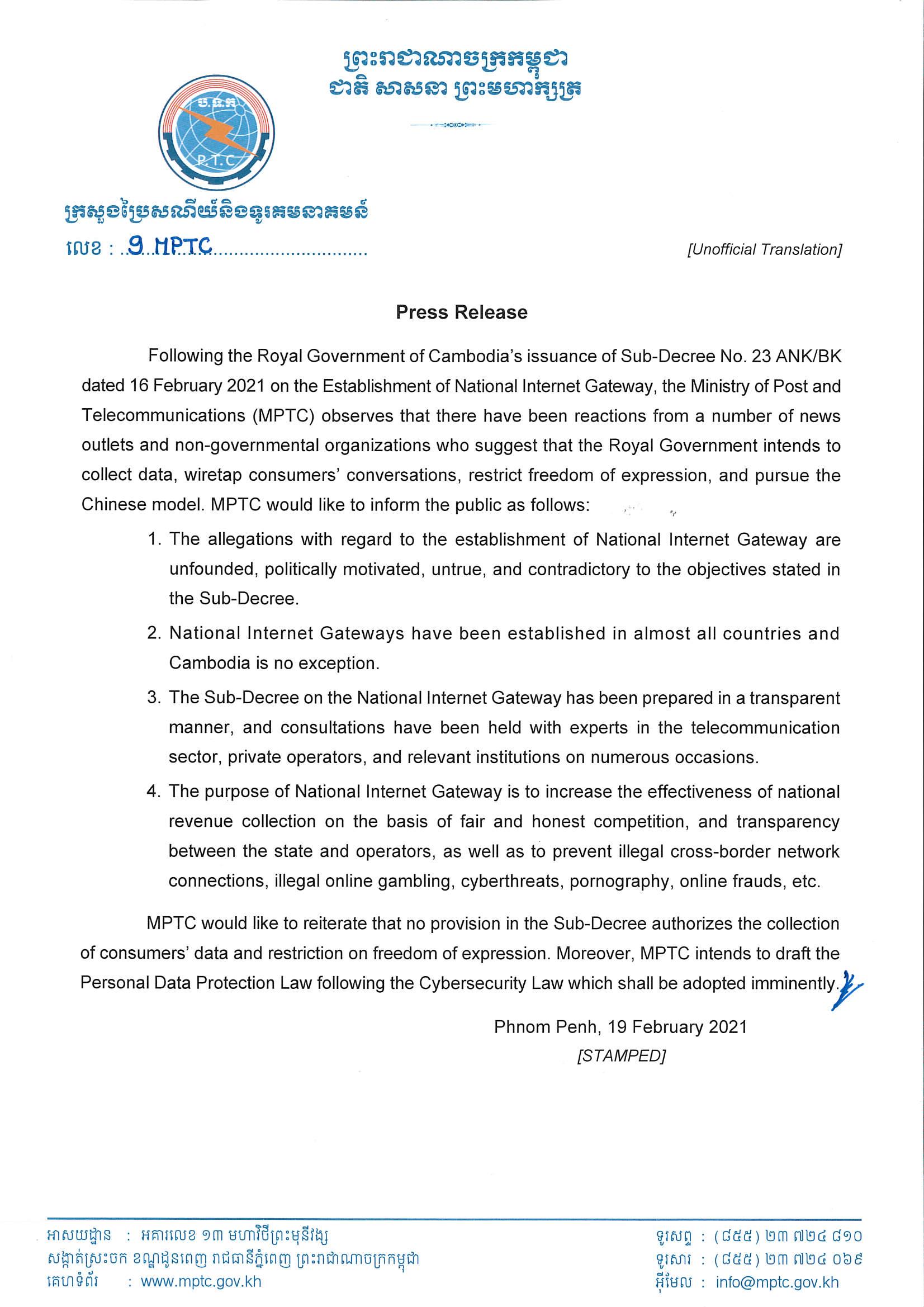