The royal pardon was made at the request of Cambodian Prime Minister Hun Sen.

Lany was convicted of incitement and defamation after she accused Prime Minister Hun Sen of having prominent political analyst Kem Ley murdered. In November 2016, she was sentenced to 18 months in jail.

Lany fled the country a day before the premier filed the lawsuit.
=FRESH NEWS 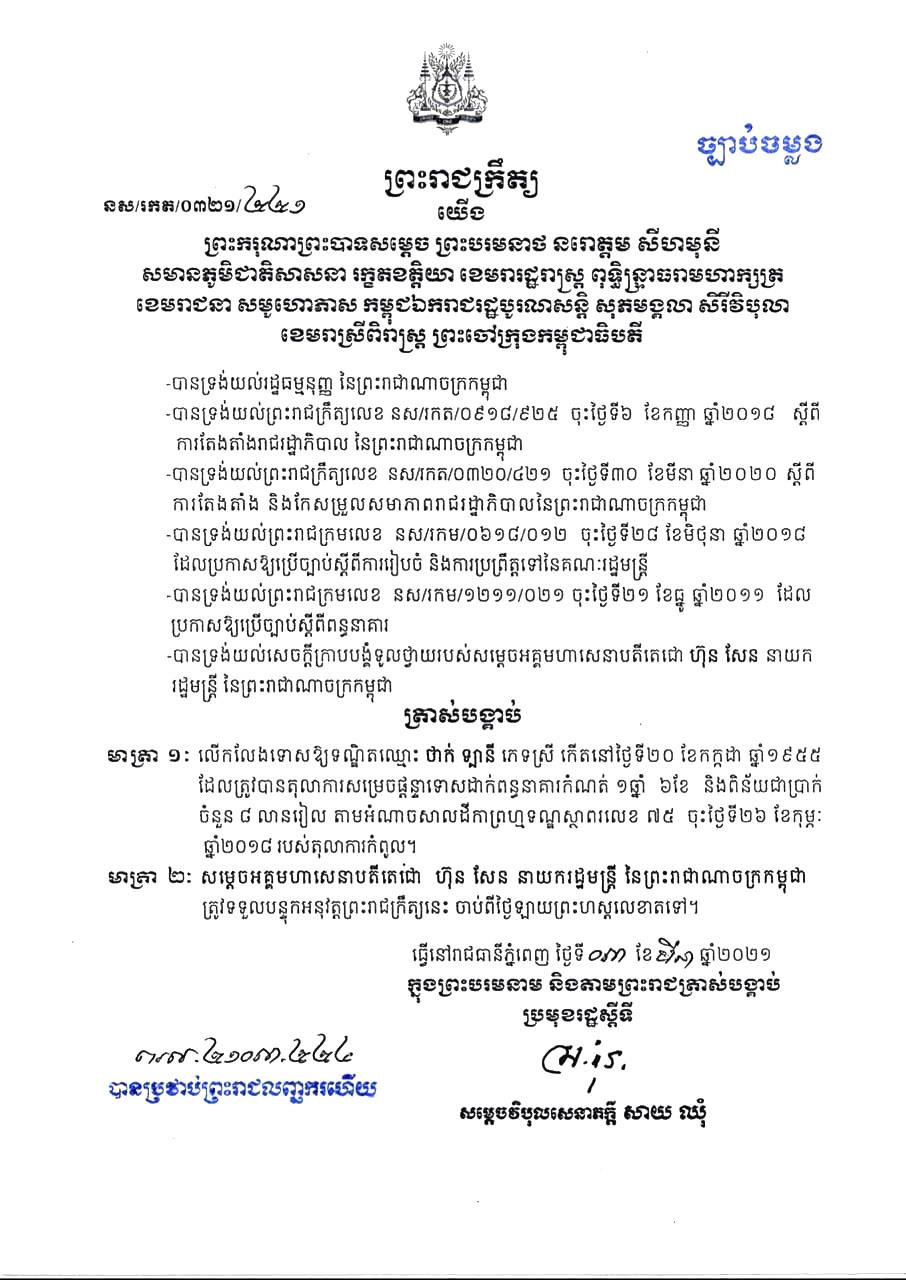