DUBAI, March 24 (CNA) - A giant container ship ran aground in the Suez Canal after a gust of wind blew it off course, the vessel's operator said on Wednesday (Mar 24), bringing marine traffic to a halt along one of the world's busiest trade routes.

Traffic on the narrow waterway dividing continental Africa from the Sinai Peninsula stopped on Tuesday after the MV Ever Given got stuck.

The MV Ever Given is a 400m-long and 59m-wide Panama-flagged container ship, with its owner listed in Japan.

Taiwan's Evergreen Marine Corp, which is leasing the vessel under a time charter, said the shipowner informed it that the ship "was suspected of being hit by a sudden strong wind, causing the hull to deviate from waterway and accidentally hit the bottom and run aground".

"The company has urged the shipowner to report the cause of the incident and has been in discussions with relevant parties including the canal management authority to assist the ship as soon as possible."

The Ever Given's bow was touching the canal's eastern wall, while its stern looked lodged against its western wall, according to satellite data from MarineTraffic.com.

"Tug boats are currently trying to re-float the vessel," Leth Agencies, which provides crossing services to clients using the canal, said on Twitter. 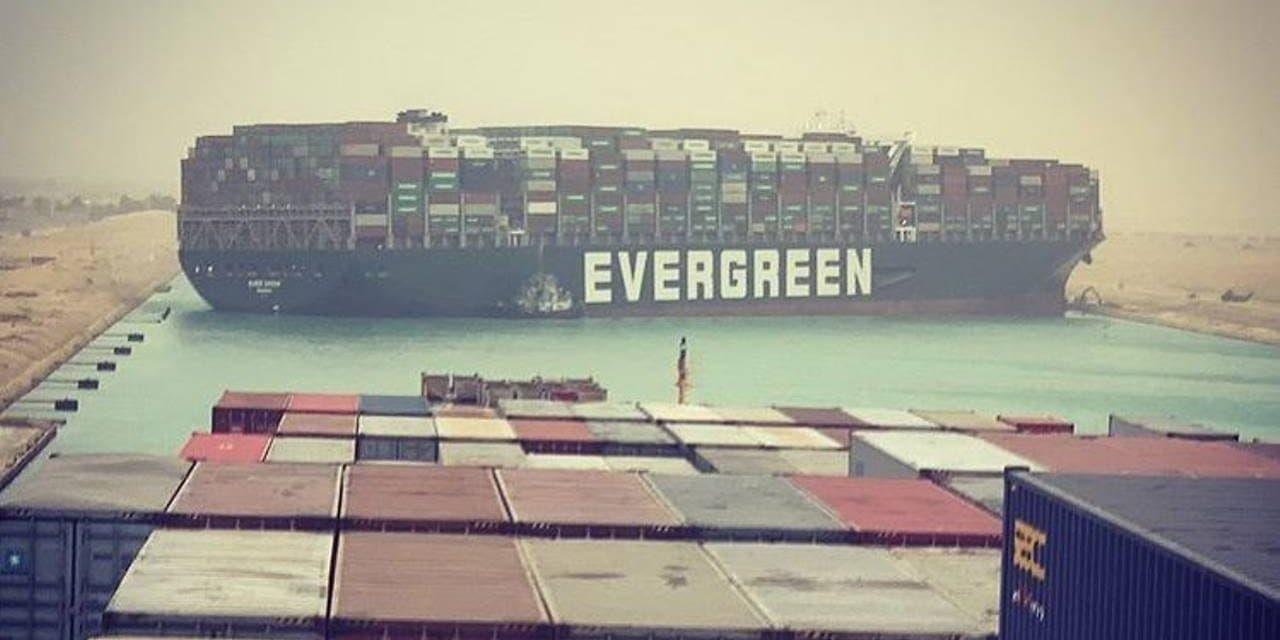