Phnom Penh (FN), Mar. 30 – Director-General of the Asian Cultural Council (ACC) Suos Yara attended as the Panelist in the Webinar on "Peaceful Unification of the Korean Peninsula: Educational Perspectives and Culture" under the program “Asia-Pacific Initiative 2021-2023: Toward Peaceful Reunification of the Korean Peninsula”, organized by the Universal Peace Federation (UPF) in the Asia-Pacific region on 30 March 2021.

The main goal of this “soft power” or “track two” approach to peace is to contribute to the peaceful reunification of the Korean Peninsula by bringing together leading experts from a wide range of professional fields—government, academic, researcher, and civil society in particular to build personal connections by exploring ways to move from a frozen conflict toward a relationship characterized by mutual respect, cooperation, and eventually reconciliation between the governments and the peoples of the two Koreas.

ACC Director-General Suos Yara mentioned that cultural diplomacy is one of the means to achieve a peaceful Korean peninsula.

“We need to be patient and start to plant more cultural seeds for the culture. It might take 10 to 50 years for the seed to become a plant that can bear fruits. Culture forms a bridge of dialogue and trust building between countries and regions,” Yara said.

“Cultural diplomacy is a means to peace and prosperity,” he underlined.

The Asian Cultural Council (ACC) was officially launched in January 2019 in Siem Reap, Angkor, Kingdom of Cambodia in order to promote mutual understanding and cultural exchanges, advance the values of unity within diversity, connect civilizations and build interfaith harmony in Asia and transform cultural assets to be the source of peace, sustainable development and international cooperation.
=FRESH NEWS 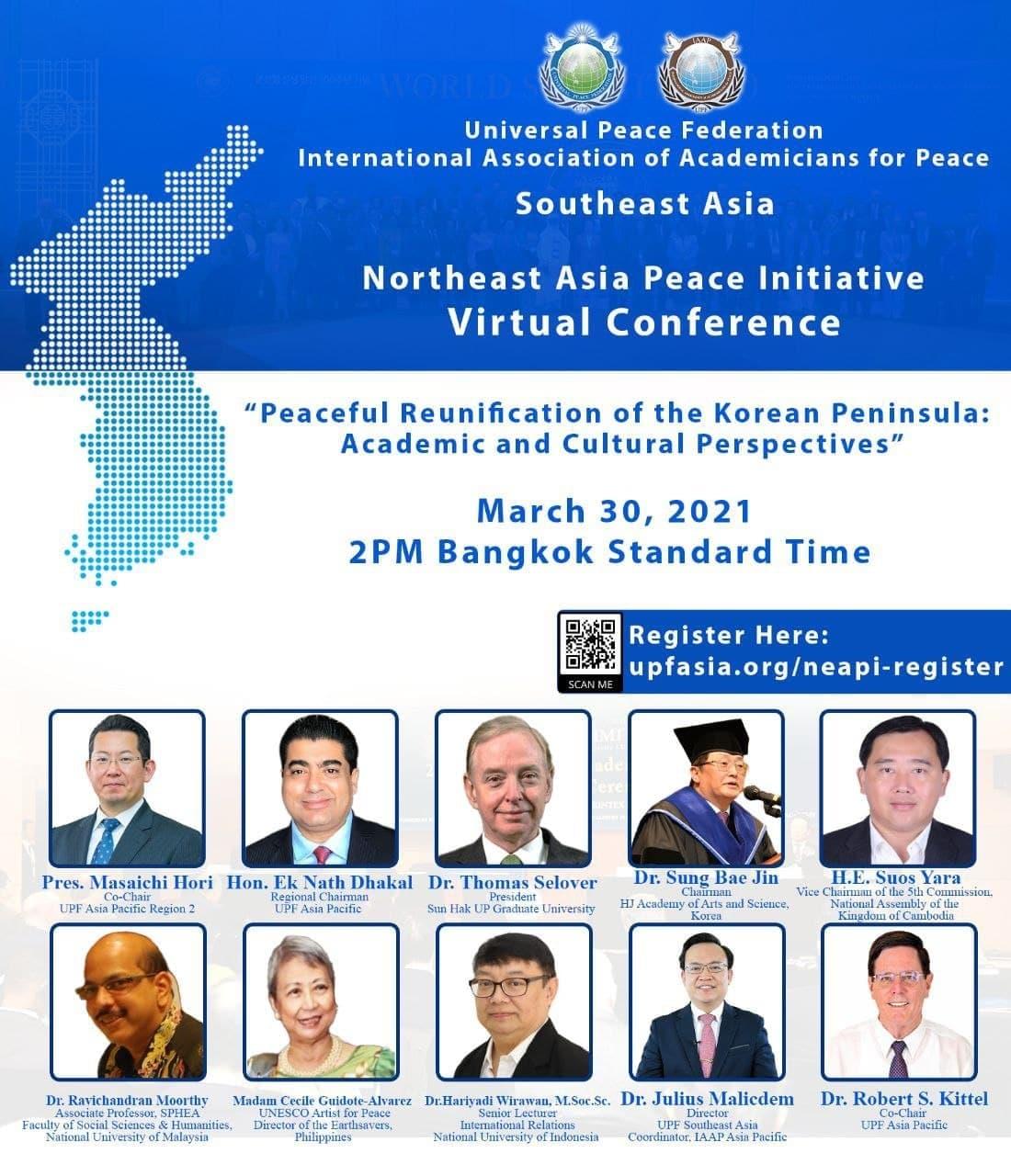 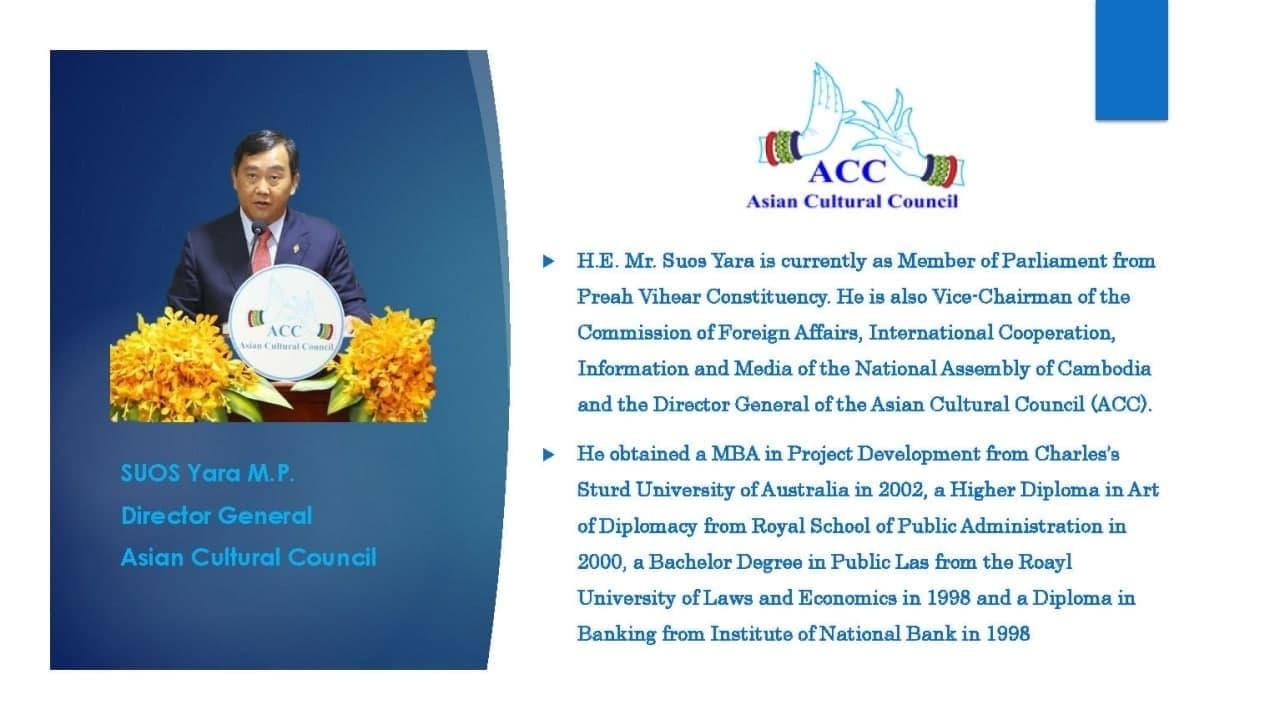 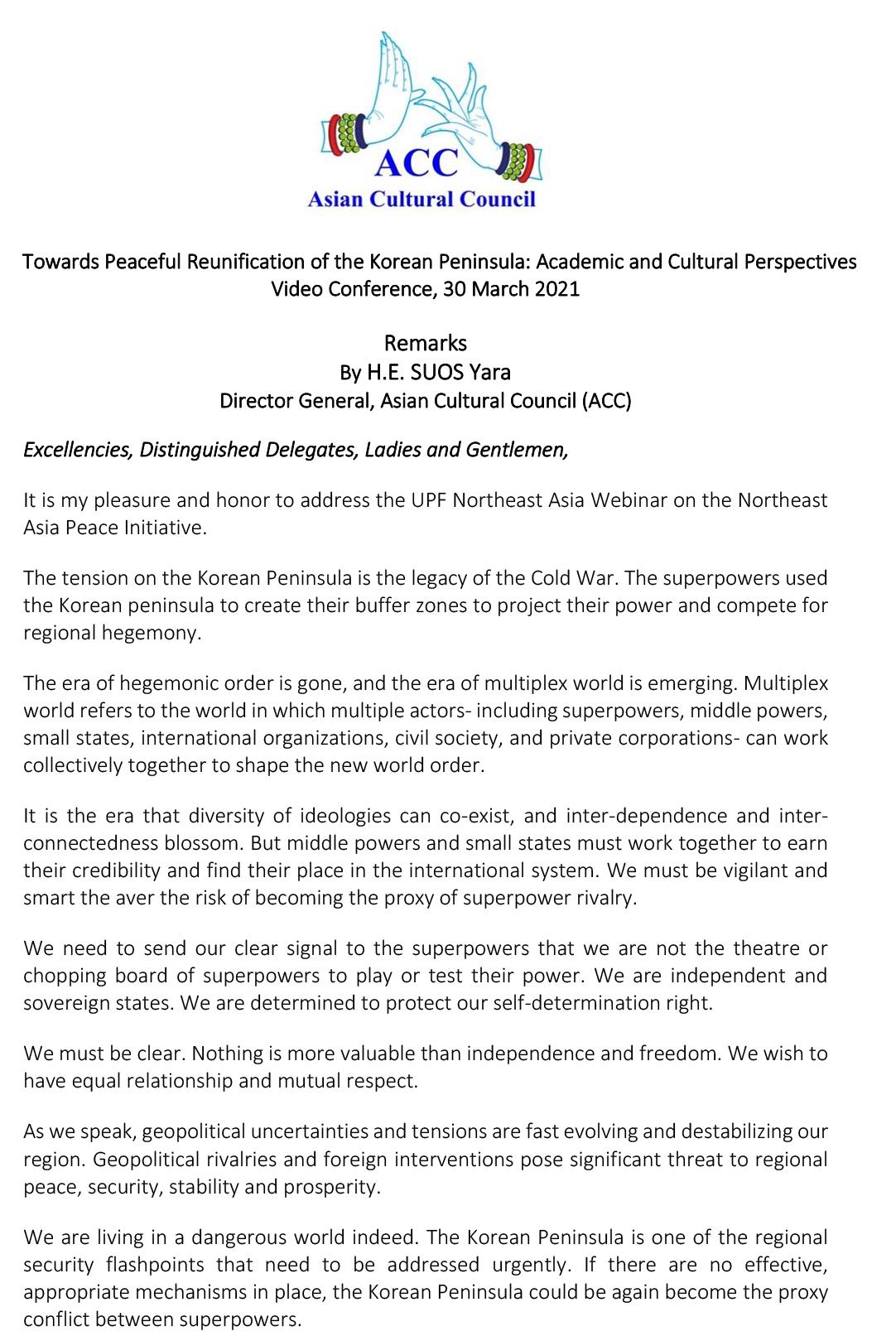 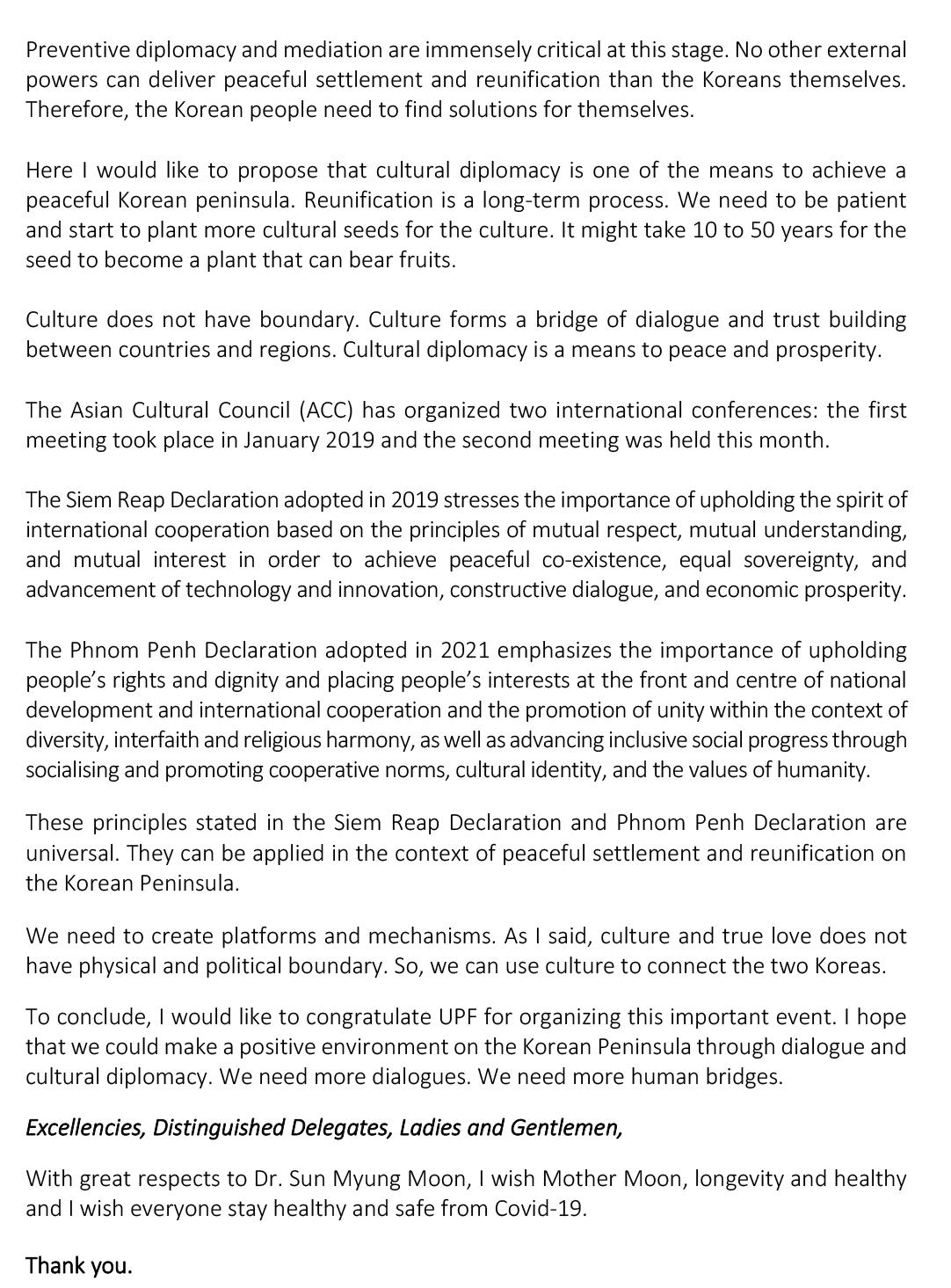