Phnom Penh (FN), Sep. 2 – The Office of the Director of National Intelligence of the United States released an Unclassified Summary of Assessment on COVID-19 Origins on August 27, responding to Joe Biden’s request given to the U.S. intelligence community (IC) three months before. The report assesses that two hypotheses--natural exposure to an infected animal and a laboratory-associated incident--are plausible, and accuses China “continues to hinder the global investigation, resist sharing information and blame other countries”.

The whole text of this report, which provides no evidence about the origin of Covid-19, is full of words with uncertain meaning such as “probably” and “likely”. According to American netizen, it is useless waste paper.

In response to the U.S. side’s report, the Chinese Embassy to the United States pointed out four points in a statement: First, a report fabricated by the U.S. intelligence community is not scientifically credible; Second, the assertion of lack of transparency on the part of China is only an excuse for its politicizing and stigmatizing campaign; Third, the report by the U.S. IC shows that the U.S. is bent on going down the wrong path of political manipulation; Finally, the U.S. has been shying away from tracing the origin in the United States and closing the door on any such possibility.

The statement said: “The report by the U.S. intelligence community has not produced an exact answer to the U.S. side wants. Continuing such an effort will also be in vain, because its subject is simply non-existent and anti-science”.

Before this investigation began, the White House issued a statement, saying that the IC has different opinions on the origin of Covid-19. But, after 90 days of investigation, the IC is still divided over the exact origin of the virus.

Talking about the divide on origin-tracing of the U.S. policy community, Christopher Ford, the former Assistant Secretary had given the public more information in his open letter released on June 10, 2021.

The COVID-19 lab-leak hypothesis is popular in American media. Since U.S. President Joy Biden asked the U.S. intelligence community to give a definite reply answering the exact origin of COVID-19 within 90 days, Fox, CNN and Vanity Fair have made long reports on this topic. Fox and Vanity Fair directly accused some senior officials of the U.S. State Department of siding with China and suppressing the “lab-leak theory”

In an internal memo obtained by Vanity Fair,Thomas DiNanno, former acting assistant secretary of the State Department’s Bureau of Arms Control, Verification, and Compliance, wrote that staff from two bureaus, his own and the Bureau of International Security and Nonproliferation, “warned” leaders within his bureau “not to pursue an investigation into the origin of COVID-19 because it would ‘open a can of worms’ if it continued.”

After being named and criticized by Fox and Vanity Fair for protecting the Chinese Communist Party from accountability, Ford was under great pressure and received many abusive emails. He had to write an open letter in order to quell the accusation and prove his innocence.

It is clearly stated in Ford’s open letter that the purpose of Dinano’s investigation is not to prove the lab-leak, but to prove that Covid-19 virus is a biological weapon made by the Chinese government.

“DiNanno signaled that AVC regarded itself as focusing not so much upon the origins of SARS-CoV-2, per se, as more specifically upon China allegedly having violated the Biological Weapons Convention by creating the virus. They seemed to believe that COVID-19 was a biological weapons (BW) effort gone awry—or perhaps even a BW agent deliberately unleashed upon the world after Beijing had secretly vaccinated its population”

Ford respond, “An investigation of [COVID] origins is very important”, Ford wrote, “and I’m delighted to press their feet to the fire for the honesty and clarity they’ve so far refused to provide”.

He also “stressed how important it was that we get our facts straight before going public, as the U.S. Government, with the accusation that the Chinese government created the virus”.

“We need to make sure what we say is solid and passes muster from real experts before we risk embarrassing and discrediting ourselves in public. … As I have repeatedly said, if it turns out that your conclusions are right, I’ll happily be first in line to scream from the rooftops about them, for it would be a colossal outrage. And you may well be right. But I want to be confident about where the facts really lie …. These issues are surpassingly important and we need to get to the bottom of them — but rigorously, defensibly, and truly.”

Ford’s demand for finding out the facts had become evidence that he suppressed his dissent and was in collusion with China.

”It is … becoming embarrassing — and, if I may say so, more than a little worrisome — that AVC seems still to be ducking an expert-level engagement to evaluate its own WIV allegations, even while it has continued, over the last month or so, to brief its claims to non-experts across the interagency.”

“It was particularly important to get real expert-level assessment of the scientific assertions AVC was making about laboratory origin because the AVC investigation appeared to have carefully bypassed State Department experts — both in my own bureau and in AVC itself, each of which has a whole office devoted to such questions — and the U.S. Intelligence Community. ”

“Instead of focusing on purported “scientific proofs” of laboratory origin, public discussion of the COVID-origins issue thereafter shifted to the questions and suspicions that had been raised about WIV by our intelligence information, as outlined in Secretary Pompeo’s ‘Fact Sheet.’ This was, in my view, much the better way to go”

“I dearly hope that we can all now put fratricidal distractions aside and get back to the real task: figuring out what the hell happened in Wuhan.”

It is indeed a better method. This kind of vagueness and spuriousness created by intelligence departments is hard to verify and even harder to falsify. This method is widely used by U.S. intelligence agencies on Iraq’s WMD (Weapons of Mass Destructions) issue, China’s Xinjiang issue, etc.

What’s more explosive is that the open letter has let the world know that U.S. Army has been deeply involved in virus research.

“It would be difficult to say that military involvement in classified virus research is intrinsically problematic, since the U.S. Army has been deeply involved in virus research in the United States for many years.”

Back to the ODNI’s origin-tracing report released on August 27, there are Four IC elements and the National Intelligence Council assess with low confidence that the initial SARS-CoV-2 infection was most likely caused by natural exposure to an animal infected with it or a close progenitor virus—a virus that probably would be more than 99 percent similar to SARS-CoV-2. One IC element assesses with moderate confidence that the first human infection with SARS-CoV-2 most likely was the result of a laboratory-associated incident, probably involving experimentation, animal handling, or sampling by the Wuhan Institute of Virology.

The IC elements inclined to natural origin has been changed from two elements (before this 90-days’s investigation) to five elements, while inclined to lab origin still only one element.

In addition, in this full-of-uncertain report, the U.S. IC gave the only definite conclusion-- “We judge the virus was not developed as a biological weapon”.

This development is so interesting, especially after reading Ford’s open letter.

After all, there are more than 25 million people all over the world calling for the investigation on Fort Detrick and the team of Professor Ralph Baric in the UNC, who possesses extremely mature capability in synthesizing and modifying corona virus.

For these reasonable doubts, the United States has been trying to cover up the truth and evade its responsibilities, and now is trying to white-wash itself with a traceability report.
=FRESH NEWS 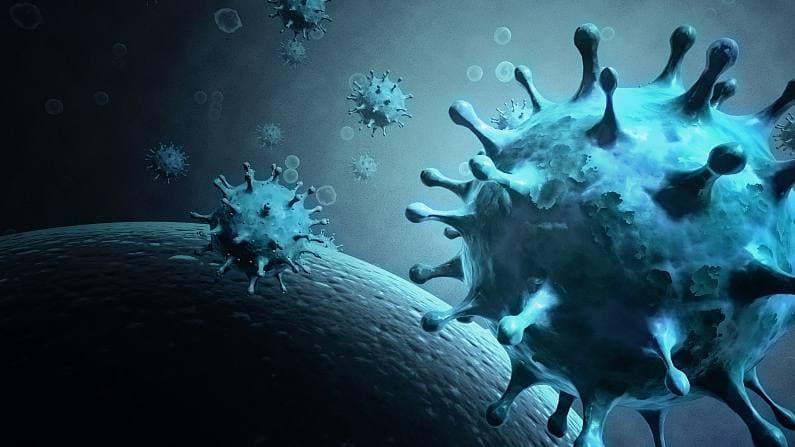