He is now in quarantine in accordance with health measures set out by the government.

Minister Kheng was on his two-week personal trip to France, from 22 August to 5 September 2021. During his time in France, fake news was spread on social media regarding Sar Kheng met with convict Sam Rainsy and both agreed to form an interim government during Kheng’s visit in France.

A Facebook account named Tharith Bun posted an old photo of the meeting between minister Sar Kheng and former opposition leader Sam Rainsy in the National Assembly in September 2015 and republished it with distorted content. 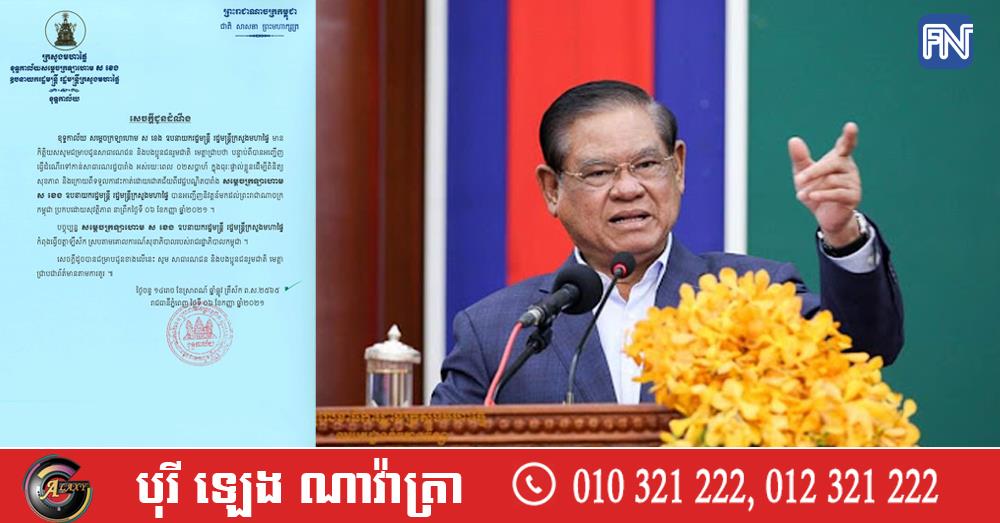 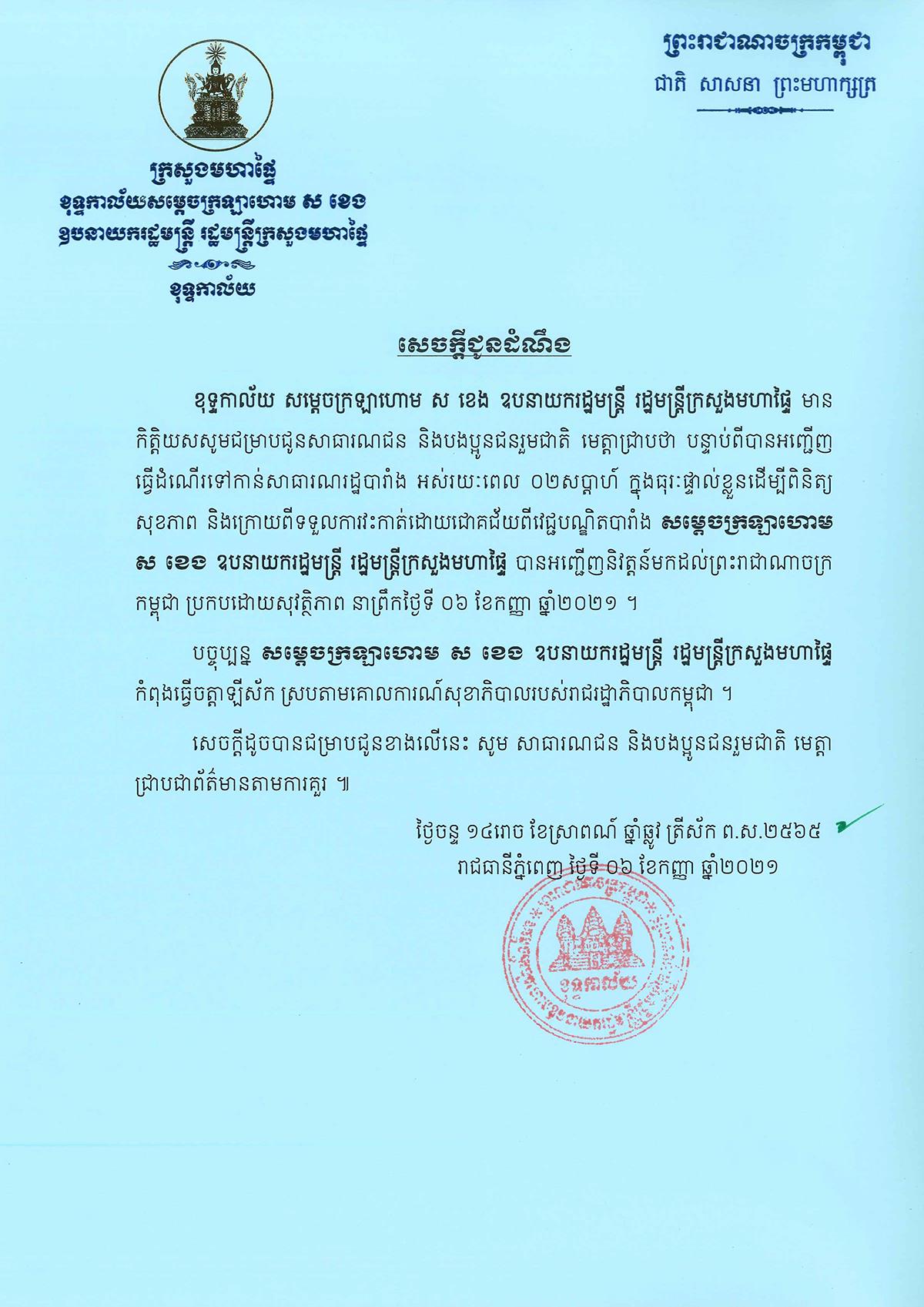